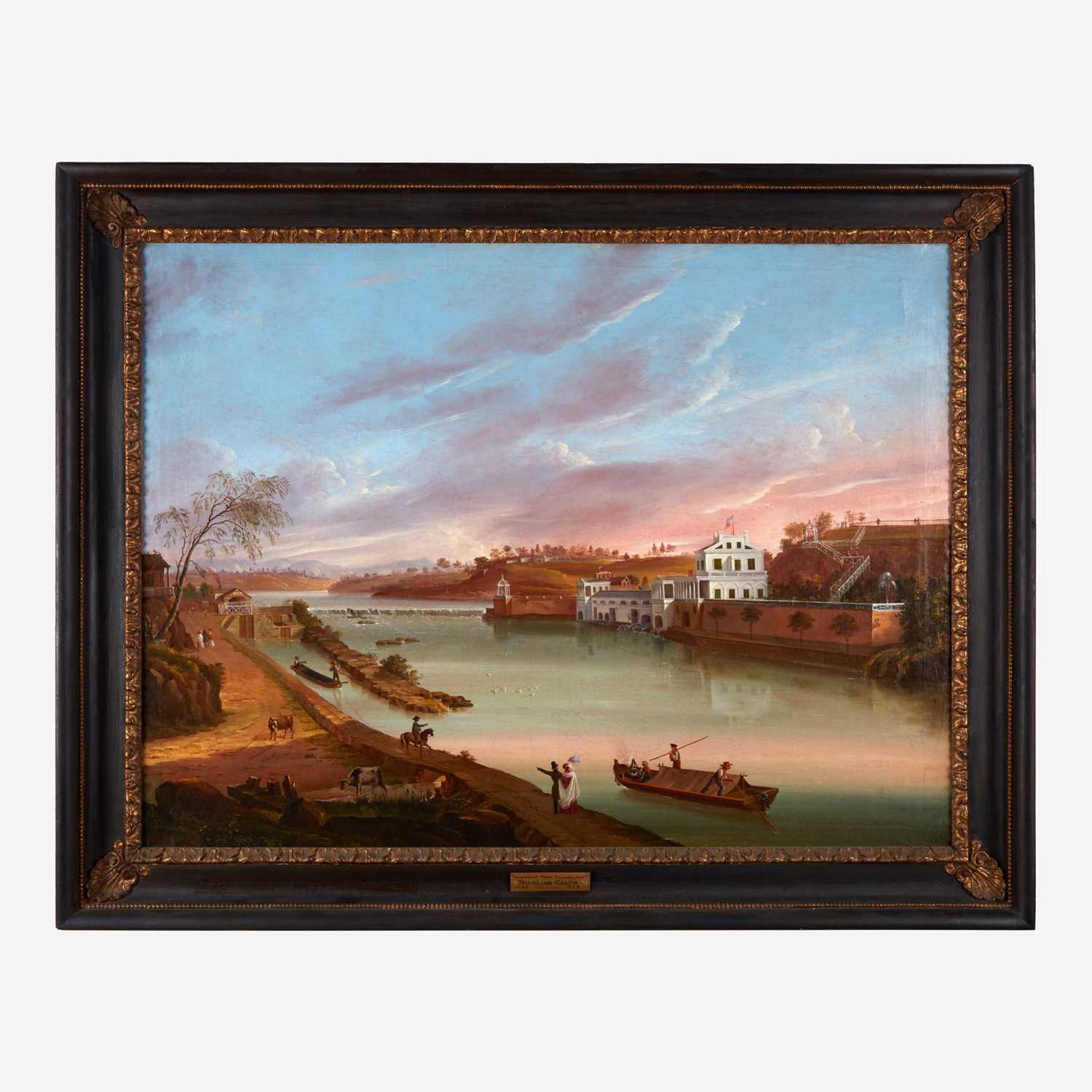 During the 19th century, The Fairmount Water Works was world renowned for its Classical Revival beauty, state-of-the-art engineering, and well-designed public gardens and walkways. Built between 1812-1815 from a design by engineer Frederick Graff (1774-1847), the new landmark solved the inadequate storage problem of the earlier Water Works, designed by architect Benjamin Henry Latrobe (1764-1820).

This large and enchanting View of the Schuylkill River and Fairmount Water Works by Nicolino Calyo, is the artist's only known oil on canvas of the subject. The highly detailed technique and soft, luminous palette sets this work apart from the many artists who depicted the scene in the 19th century.

Nicolino Calyo was born in Naples and received classical art training in the Italian figure and landscape tradition at the Naples Academy. Politically active as a young man, Calyo was forced to leave Italy in 1821 due to the resulting chaos of attempts to unseat Ferdinand I. For the next eight years, Calyo traveled and sketched throughout Europe. In 1829, he relocated to Malta, where he taught drawing until political upheaval again forced him to relocate in 1833 - first to the Canary and Cape Verde Islands, and then to Baltimore in 1834.

The cosmopolitan artist moved permanently to New York in 1835, advertising himself as a 'portrait and landscape painter' as well as 'professor of painting.' Calyo exhibited his panoramic European and American views in the culturally active cities of Boston, Philadelphia, Baltimore, New York and New Orleans, and he painted and sketched local views while there. Calyo visited Philadelphia in 1835 and eventually created a number of versions of View of the Schuylkill River and View of the Fairmount Water Works in watercolor and gouache on paper. One work, View of the Waterworks at Fairmount, is in the collection of the Philadelphia Museum of Art.