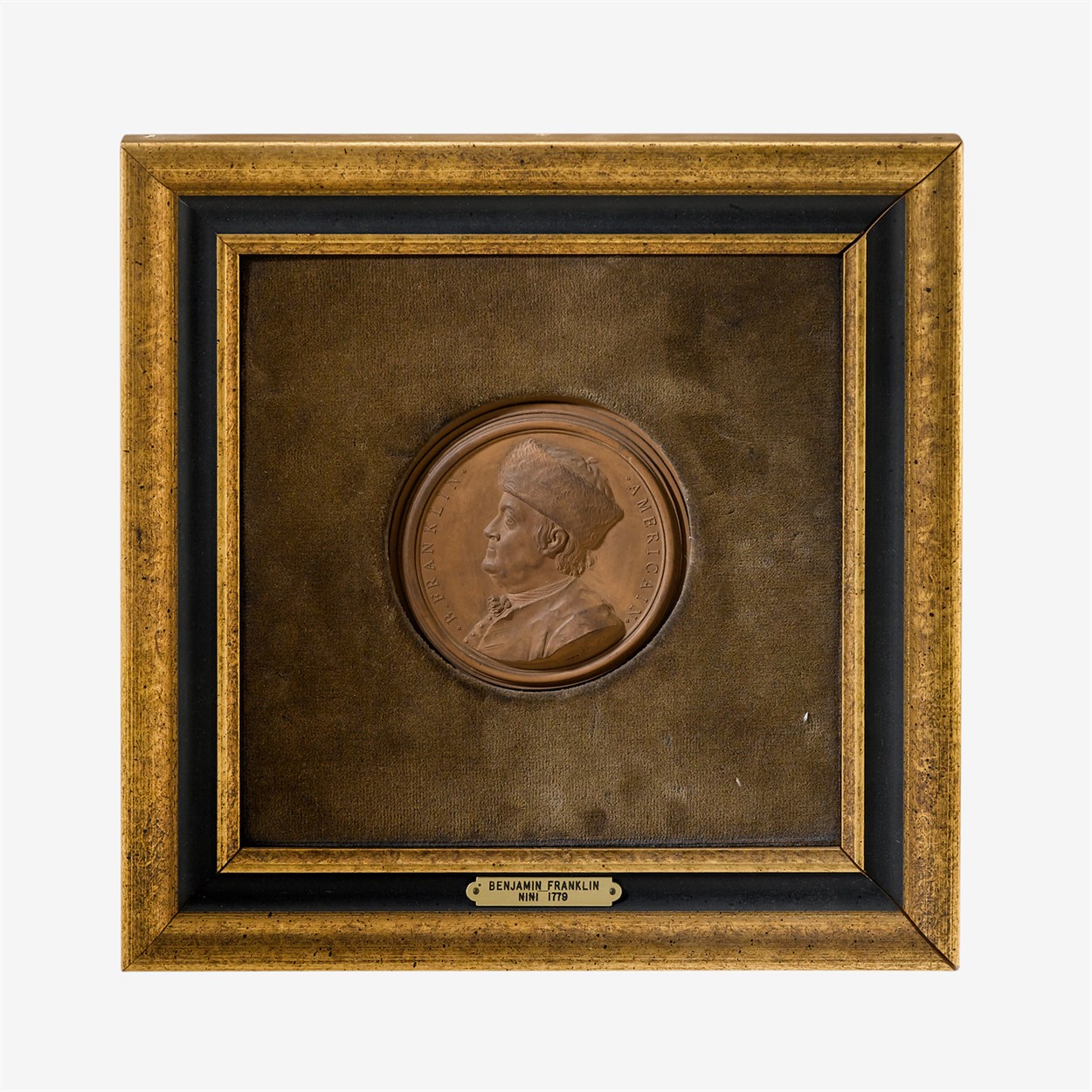 Jean-Baptiste Nini created this commemorative medallion at the bequest of Jacques Donatien Le Ray de Chaumont (1726-1803), businessman and personal friend and supporter of Franklin's. It, along with subsequent versions, were incredibly popular in France during Franklin's ambassadorial stay there in the late 1770s.