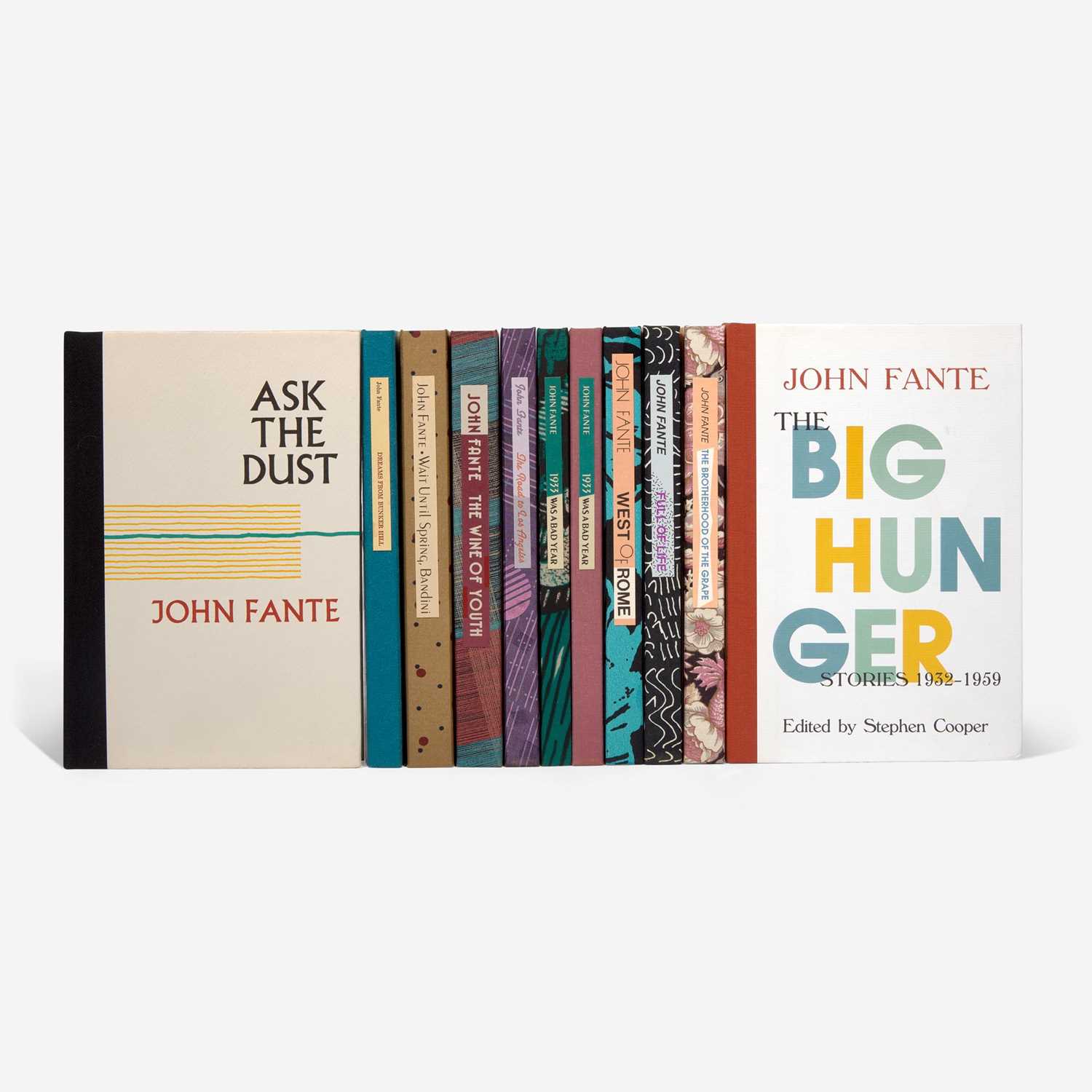 From the private collection of Asher D. Atchick, King of Prussia, Pennsylvania

From the private collection of Asher D. Atchick, King of Prussia, Pennsylvania

Register for any upcoming sale directly from our Auction Calendar or through a sale page.

You will also automatically be registered for a sale when you submit absentee bids through our website.

Submit your maximum absentee bid(s) online through a lot page. You can also place bids on those lots added to your Wishlist directly from your account portal.

Arrange for telephone bidding via our Telephone Bidding Request form.

Up to 24 hours in advance of an auction, you may also send a Bid form by email to bids@freemansauction.com.

Before placing your bids, please make sure to review our Bidding Increments, Buyer’s Premium, and Terms & Conditions of Sale.

Return to our website on sale day to bid online in real time on our complimentary bidding platform Freeman’s Live.

Freeman's auctions are also hosted on third-party, online bidding sites such as Invaluable, LiveAuctioneers, Bidsquare, and Artsy. Please be aware that these platforms may charge additional fees, which will be reflected in your invoice.

1. Unless otherwise indicated, all Property will be offered by Freeman’s as agent for the Consignor.

2. Freeman’s reserves the right to vary the terms of sale and any such variance shall become part of these Conditions of Sale.

3. As a result of the Covid-19 Pandemic, in person inspections of the Property are available by appointment only and therefore, Freeman’s has also made available to the Buyer the opportunity to (a) view the lot online at freemansauction. com and to view the auction’s e-catalogue, (b) submit a request for a condition report either through the online lot listing or by contacting the specialist directly and (c) have a virtual consultation with the specialist. Buyer acknowledges that it has had the right to take advantage of the aforementioned inspections prior to the sale to determine the condition, size, repair or restoration of any Property. Buyer acknowledges that  it had the right to make a full inspection of all Property prior to sale to determine the condition, size, repair or restoration of any Property. Therefore, all property is sold “AS-IS”. Freeman’s is acting solely as an auction broker, and unless otherwise stated, does not own the Property offered for sale and has made no independent investigation of the Property. Freeman’s makes no warranty of title, merchantability or fitness for a particular purpose, or any other warranty or representation regarding the description, genuineness, attribution, provenance or condition to the Property of any kind or nature with respect to the Property.

4. Freeman’s in its sole and exclusive discretion, reserves the right to withdraw any property, at any time, before the fall of the hammer.

5. Unless otherwise announced by the auctioneer at the time of sale, all bids are per lot as numbered in the printed catalogue. Freeman’s reserves the right to determine any and all matters regarding the order, precedence or appropriate increment of bids or the constitution of lots.

6. The highest bidder acknowledged by the auctioneer shall be the buyer. The auctioneer has the right to reject any bid, to advance the bidding at his absolute discretion and in the event of any dispute between bidders, the auctioneer shall have the sole and final discretion either to determine the successful bidder or to re- offer and resell the article in dispute. If any dispute arises after sale, the Freeman’s sale record shall be conclusive in all respects.

7. If the auctioneer determines that any opening or later bid or any advance bid is not commensurate with the value of the Property offered, he may reject the same and withdraw the Property from sale.

8. Upon the fall of the hammer, title to any offered lot or article will immediately pass to the highest bidder as determined in the exclusive discretion of the auctioneer, subject to compliance by the buyer with these Conditions of Sale. Buyer thereupon assumes full risk and responsibility of the property sold, agrees to sign any requested confirmation of purchase, and agrees to pay the full price, plus Buyer’s Premium, therefore or such part, upon such terms as Freeman’s may require.

9. No lot may be removed from Freeman’s premises until the buyer has paid in full the purchase price therefor including Buyer’s Premium or has satisfied such terms that Freeman’s, in its sole discretion, shall require. Subject to the foregoing, all Property shall be paid for and removed by the buyer at his/her expense within ten (10) days of sale and, if not so removed, may be sold by Freeman’s, or sent by Freeman’s to a third-party storage facility, at the sole risk and charge of the buyer(s), and Freeman’s may prohibit the buyer from participating, directly or indirectly, as a bidder or buyer in any future sale or sales. In addition to other remedies available to Freeman’s by law, Freeman’s reserves the right to impose a late charge of 1.5% per month of the total purchase price on any balance remaining ten (10) days after the day of sale. If Property is not removed by the buyer within ten (10) days, a handling charge of 2% of the total purchase price per month from the tenth day after the sale until removal by the buyer shall be payable to Freeman’s by the buyer. Freeman’s will not be responsible for any loss, damage, theft, or otherwise responsible for any goods left in Freeman’s possession after ten (10) days. If the foregoing conditions or any applicable provisions of law are not complied with, in addition to other remedies available to Freeman’s and the Consignor (including without limitation the right to hold the buyer(s) liable for the bid price) Freeman’s, at its option, may either cancel the sale, retaining as liquidated damages all payments made by the buyer(s), or resell the property. In such event, the buyer(s) shall remain liable for any deficiency in the original purchase price and will also be responsible for all costs, including warehousing, the expense of the ultimate sale, and Freeman’s commission at its regular rates together with all related and incidental charges, including legal fees. Payment is a precondition to removal. Payment shall be by cash, certified check or similar bank draft, or any other method approved by Freeman’s. Checks will not be deemed to constitute payment until cleared. Any exceptions must be made upon Freeman’s written approval of credit prior to sale. In addition, a defaulting buyer will be deemed to have granted and assigned to Freeman’s, a continuing security interest of first priority in any property or money of, or owing to such buyer in Freeman’s possession, and Freeman’s may retain and apply such property or money as collateral security for the obligations due to Freeman’s. Freeman’s shall have all of the rights accorded a secured party under the Pennsylvania Uniform Commercial Code.

10. Unless the sale is advertised and announced as “without reserve”, each lot is offered subject to a reserve and Freeman’s may implement such reserves by bidding through its representatives on behalf of the Consignors. In certain instances, the Consignor may pay less than the standard commission rate where Freeman’s or its representative is a successful bidder on behalf of the Consignor. Where the Consignor is indebted to Freeman’s, Freeman’s may have an interest in the offered lots and the proceeds therefrom, other than the broker’s Commissions, and all sales are subject to any such interest.

11. No “buy” bids shall be accepted at any time for any purpose.

12. Any pre-sale bids must be submitted in writing to Freeman’s prior to commencement of the offer of the first lot of any sale. Freeman’s copy of any such bid shall conclusively be deemed to be the sole evidence of same, and while Freeman’s accepts these bids for the convenience of bidders not present at the auction, Freeman’s shall not be responsible for the failure to execute, or, to execute properly, any pre-sale bid.

15. Unless exempted by law from the payment thereof, the buyer will be required to pay any and all federal excise tax and any state and/or local sales taxes, including where deliveries are to be made outside the state where a sale is conducted, which may be subject to a corresponding or compensating tax in another state.

All purchases made at Freeman’s, therefore, will be subject to the Pennsylvania State and Local sales tax--currently at a combined rate of 8%, which is applied to the hammer price plus buyer’s premium--unless the successful buyer submits the required tax exemption documentation. Those seeking exemption from sales tax must provide a valid certificate to Freeman’s prior to outgoing shipment.

17. In no event shall any liability of Freeman’s to the buyer exceed the purchase price actually paid.

18. No claimed modification or amendment of this Agreement on the part of any party shall be deemed extant, enforceable or provable unless it is in writing that has been signed by the parties to this Agreement. No course of dealing and no delay or omission on the part of Freeman’s in exercising any right under this Agreement shall operate as a waiver of such right or any other right and waiver on any one or more occasions shall not be construed as a bar to or waiver of any right or remedy of Freeman’s on any future occasion.