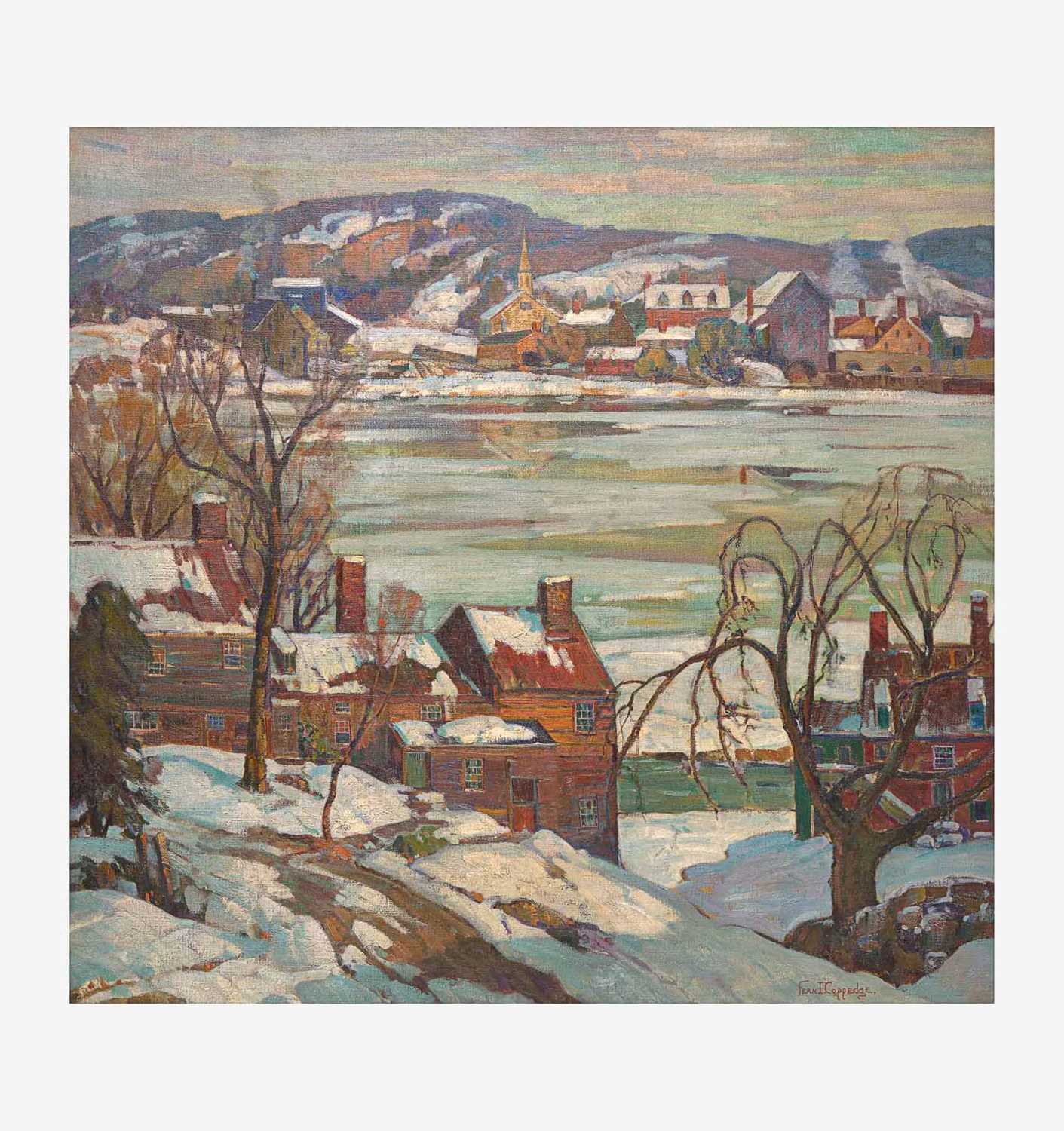 Throughout a career of over thirty years, Fern Coppedge became widely celebrated for her colorful winter scenes set in the many villages of Bucks County, where she lived from 1920 onwards, and which she depicted many times over. Winter Decoration is a quintessential work by Fern Coppedge. One of the largest she ever produced, it depicts an iconic view of the village of Lambertville (New Jersey) as seen from New Hope (Pennsylvania). The locale, which Coppedge painted several times in her career, is clearly identifiable via the canal in the foreground, running parallel to the icy Delaware River in the middle ground, and because of the iconic steeple of Lambertville's First Presbyterian Church in the background. Several factory buildings are also recognizable thanks to their distinctive, bold color: the Lear Mill to the left, and the New Jersey Rubber Company to the right (which locals refered to as "Stink Mill"), as well as the Goat Hill Quarry which Garber immortalized several times.

The work combines several of Coppedge's favorite, and hallmarks, subjects (namely the shadow-patterned snow and the bare, tortuous trees which frame the composition) and offers a synthesis of her mid-career style. As she often liked to do in her oils of the same period, Coppedge here introduces a subtle opposition between the old and the new, the pastoral and the modern. On one side, the expanding New Jersey shore is marked by several factory buildings spewing their fumes into the air. On the other however, a quaint Pennsylvanian country-side sits tranquil and frozen in the snow. To accentuate the feeling of a transforming, ever-changing landscape, the artist introduces a soft, vibrating touch at play in the twining plumes of smoke, the lavender-mist sky, and the bold halos of color seen shimmering through the squared-windows of the foreground cottages.