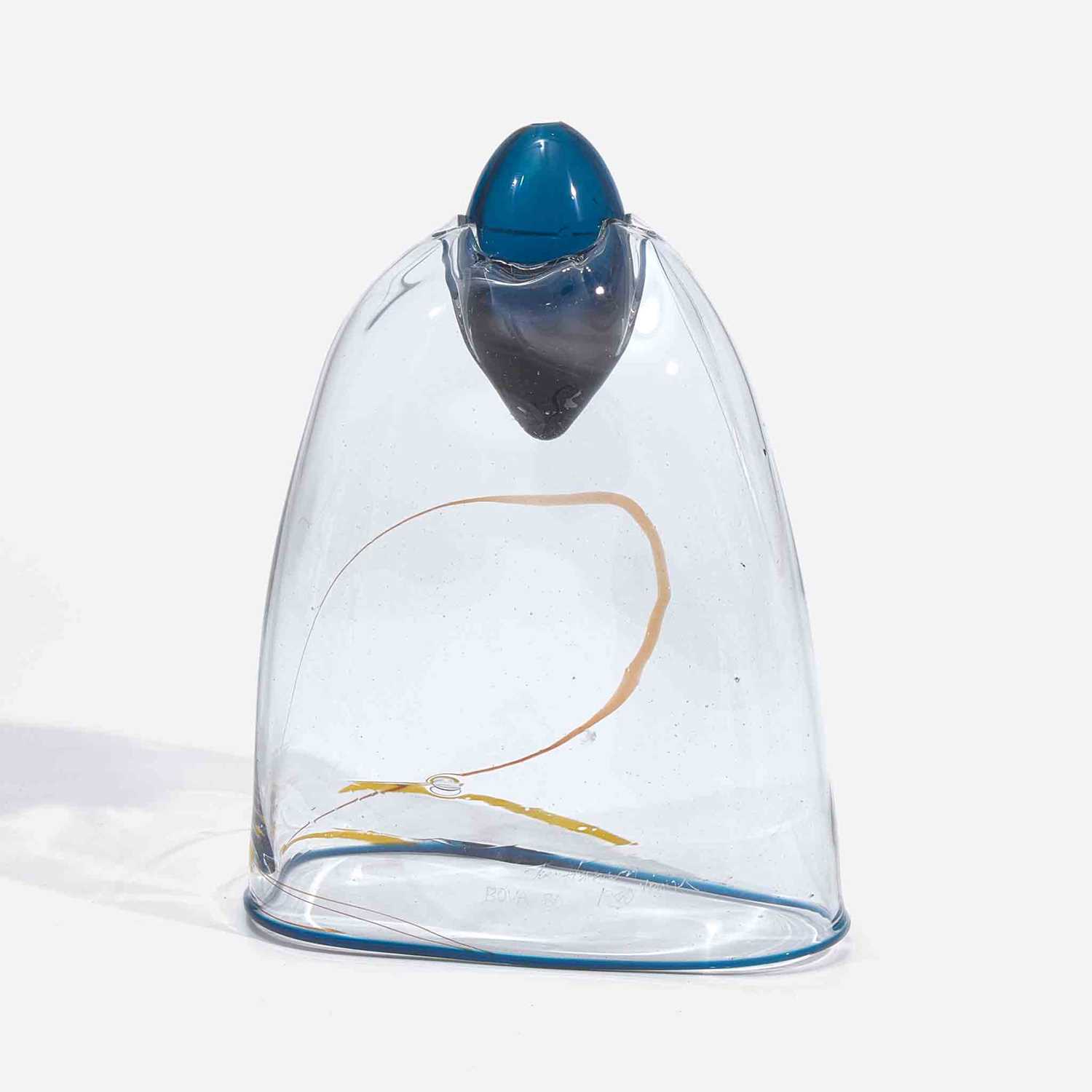 James Harmon has spent over three decades working primarily in glass, and his work has been exhibited throughout the United States and abroad. Harmon received his B.F.A. in 1975 from the Rhode Island School of Design; he studied under Dale Chihuly while at RISD. He then went on to pursue graduate work at the University of Illinois from 1975 to 1979. Associated with the New York Experimental Glass Workshop (NYEGW; later UrbanGlass) from the mid-eighties onward, Harmon worked on cross-institutional programs between the workshop and New York University. In 2014 he became an assistant professor at Keystone College, La Plume, Pennsylvania, where he directs the Regional 3-D Design Center.