Ludwig Bemelmans (American, 1898–1962)
Madeline's Rescue  (And Dragged Her Safe From a Watery Grave) 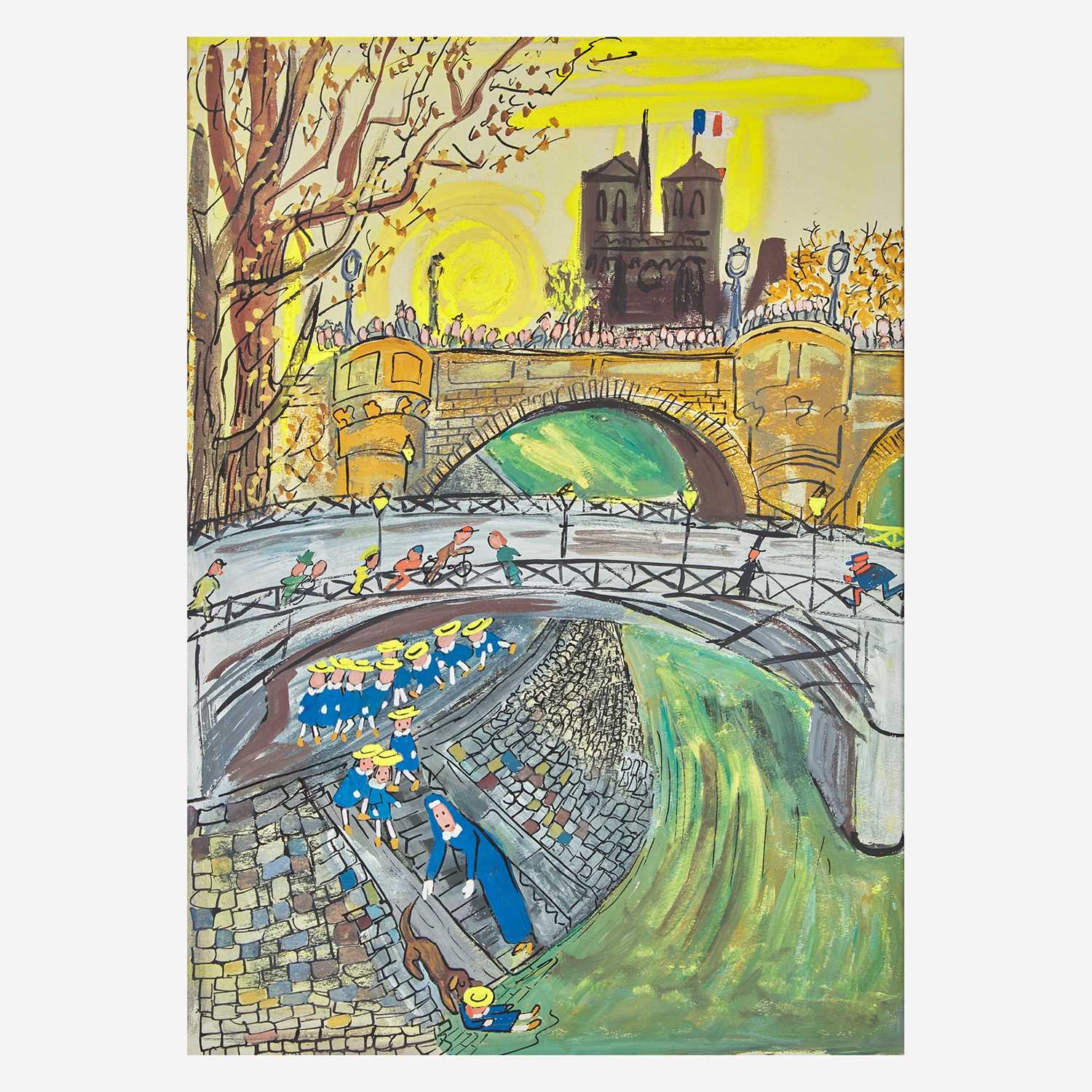 Ludwig Bemelmans (American, 1898–1962)
Madeline's Rescue  (And Dragged Her Safe From a Watery Grave)

The present work is the title illustration for Ludwig Bemelmans' Madeline's Recue. It took the author several years to publish Madeline's next adventure following its 1939 inaugural success. Madeline's Rescue was the result of it, and won the 1954 Caldecott Medal upon its release. The book is centered on Madeline and her companions strolling in Paris under the supervision of Sister Clavel. The present scene follows poor Madeline's fall into the river Seine. After nearly drowning, the little girl is being rescued by a courageous dog, Genevieve, who ends up being adopted by the group, and soon becomes Madeline's cherished pet.

In the original book, the illustration is accompanied by the following caption: "Poor Madeline would now be dead but for a dog that kept its head and dragged her safe from a watery grave. So home they took the dog so brave."