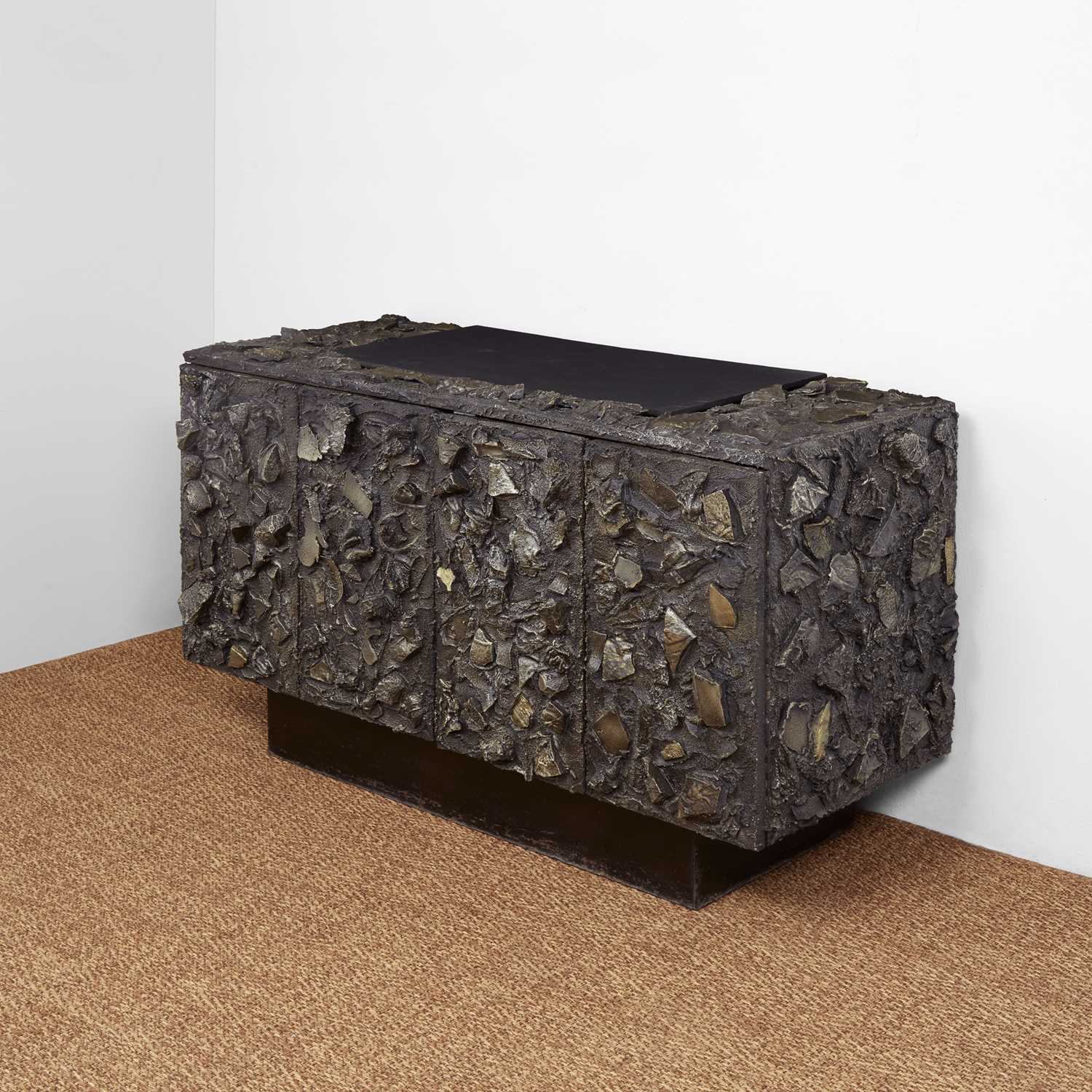 Born in Newtown, Pennsylvania, in 1931, Paul Evans is one of the designers and craftsmen that helped create Pennsylvania’s reputation as a region synonymous with high-quality studio craft. He studied at Michigan’s Cranbrook Academy of Art before pursuing a career as a designer craftsman in the 1950s, utilizing his extensive metalworking knowledge to create hardware and flatware. During this time, his career led him to New Hope, Pennsylvania, where he became friends with Phillip Lloyd Powell; the two proceeded to open a showroom together to promote their works in 1955—their friendship was enduring and influential.Over the next ten years, Evans transitioned from metalworker to furniture maker; however, his metalworking capabilities were to remain vital components of his furniture designs.Evans’s work has become very collectible in the past few decades, and works by Evans are sourced almost exclusively from private family collections, illustrating the trust consignors have in the results Freeman’s consistently achieves. Evans’s Cityscape II “faceted” cabinet well exceeded its pre-sale high estimate in 2017 to achieve $35,000, and a set of six “sculptured metal” dining chairs sold for $27,500 in 2014. Another set of six sculptured metal dining chairs more than doubled the pre-sale high estimate to achieve $25,000 in 2018.Evans’s unique blend of metalworking and furniture making was seen at the time as incredibly innovative, right at the edge of technology; it also sharply differentiated his output from that of other esteemed Pennsylvania furniture makers, such as George Nakashima, who preferred to work in a single material. In 1970, Evans relocated his design studio and showroom to Plumsteadville, Pennsylvania,where he employed as many as 80 people, depending on furniture production demand. He enjoyed a hugely successful career, in large part due to his pioneering method of introducing metalwork to furniture design. In March 1987, the day after Evans officiallyretired, he suffered a fatal heart attack. It is said that many of his family and friends were not surprised, as they knew designing furniture is what made him happiest—it was what he lived for.