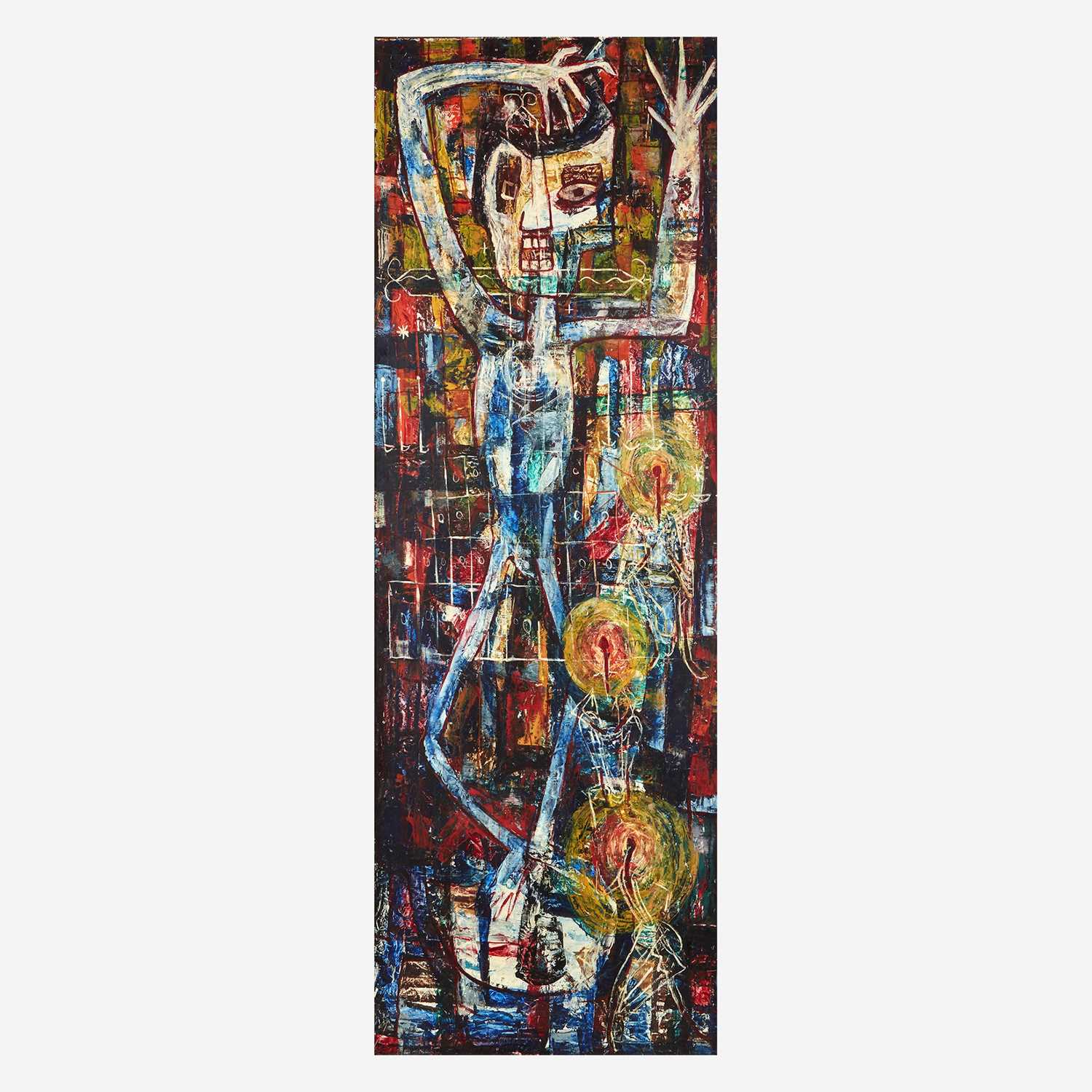 Signed top right, acrylic on panel.
Executed in the 1950s.

Signed top right, acrylic on panel.
Executed in the 1950s.

Paul F. Keene, Jr. grew up in North Philadelphia, certain from a young age that he wanted to pursue a career as an artist. He attended the Philadelphia Museum School of Art (now University of the Arts) before enlisting in the Army Air Force during World War II, serving with the Tuskegee Airmen of the 332nd Fighter Group. Like many artists of his generation, he took advantage of the G.I. Bill to travel abroad, studying at the Académie Julian in Paris for four years, where he was greatly influenced by Picasso, Léger and Matisse. While there, he also helped found Gallerie 8, a collective gallery for American artists working in Paris. Keene later received a John Jay Whitney Fellowship and spent two years teaching in Port-au-Prince, Haiti. These early experiences exposed Keene to mainstream European Modernism, as well as a variety of practices in Caribbean artistic production, which led to his self-described “abstract realist” style. Returning home to Philadelphia in the 1950s, Keene centered his focus on African-American life, in terms of cultural traditions, as well as his personal narrative and lived experience. As a teacher at Philadelphia College of Art, Temple University’s Tyler School, and a founding professor in the art department at Bucks County Community College, Keene greatly influenced the next generation of Philadelphia artists during his career, while maintaining his own prolific production.

Keene once said “I simply need to find the means by which I can render visible my vision of my inner world, as well as my visual interaction with urban anxieties.” [1] Often using the theme of windows in his work, Keene painted landscapes and sky scenes to express this notion of inner and outer vision, and he also used window frames as painting frames to literally provide a window to the viewer. Untitled is presented this way, within a window frame, but gives less a passing moment in time, than evoking the daydream quality of gazing out the window, lost in one’s own thoughts. The figure here is splayed out over a field of vibrant color, juxtaposed over a cross and Keene’s familiar grid pattern, and framed on the right by three abstracted figures with bright halos encircling their heads. The human scale of the work also invites the comparison to a full-length mirror, looking inward to the artist’s inner thoughts and feelings, while bound within the frame. Whether window or mirror, the painting challenges the viewer face to face to envision the world from a new perspective.