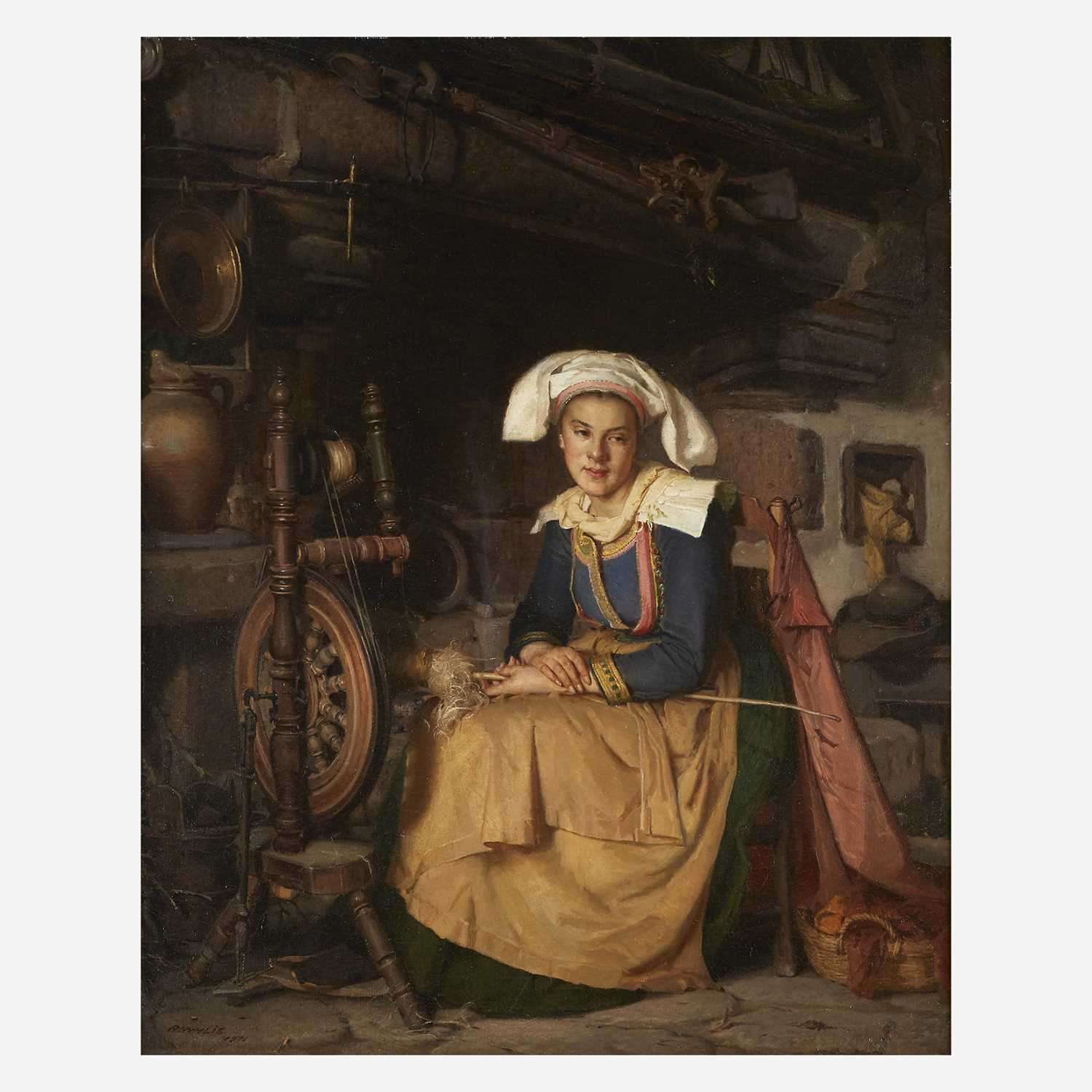 American artist Robert Wylie was born on the Isle of Man in 1839. He immigrated to the United States with his family at an early age, settling in Philadelphia, where he enrolled at the Pennsylvania Academy of the Fine Arts. Although he first anticipated becoming a sculptor, he later embraced painting and made it his sole focus. In 1846, he travalled to the secluded region of Pont-Aven in Brittany, France, following the advice of Henry Bacon, who called it "the most beautiful village [he] had ever seen." Once he arrived, Wylie fell in love with the village and never left, except to exhibit in Paris occasionally. The artist later founded the School of Pont-Aven, which counted Paul Gauguin Maurice Denis and Paul Sérusier among its members. Today, Wylie is mostly known for capturing the fashion and the customs of Brittany, as exemplified by the present work, which depicts a Bretonne spinner rendered in an academic style.