Portraits from the Jenkins Memorial Law Library come to auction

Freeman's November 14 sale of American Furniture, Folk & Decorative Arts will bring to auction nearly 500 lots of important artwork and furnishings, across all collecting areas. Notably, the auction concludes with more than 60 portraits of prominent lawyers from the Library of the Philadelphia Bar Association, the oldest association of lawyers in the United States. 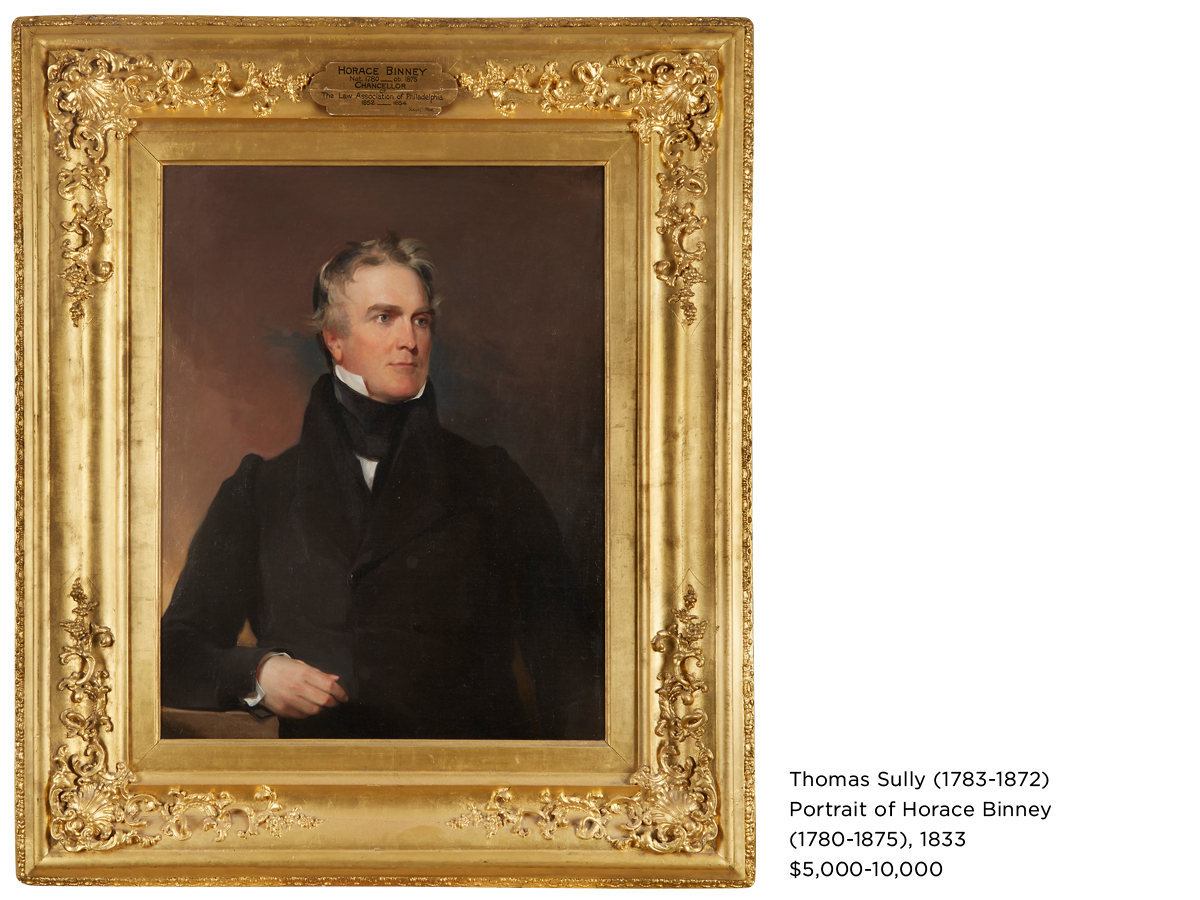 Along with the purchase of legal books and manuscripts for the Law Library, portraits and sculptures were purchased and presented to honor and celebrate current and past figures of importance to the local and national legal community. The first portrait to hang on the Law Library walls arrived in 1825. By the 1830s, the Library of the Law Association of Philadelphia had some of the city's finest portraits, painted by Thomas Sully, John Neagle, Henry Inman and others. The lawyers depicted in these portraits were often among Philadelphia's most famous citizens-renowned orators, educators, community and legislative leaders, as well as highly successful litigators. Through the years, the Philadelphia Bar Association has treasured and conserved the collection. 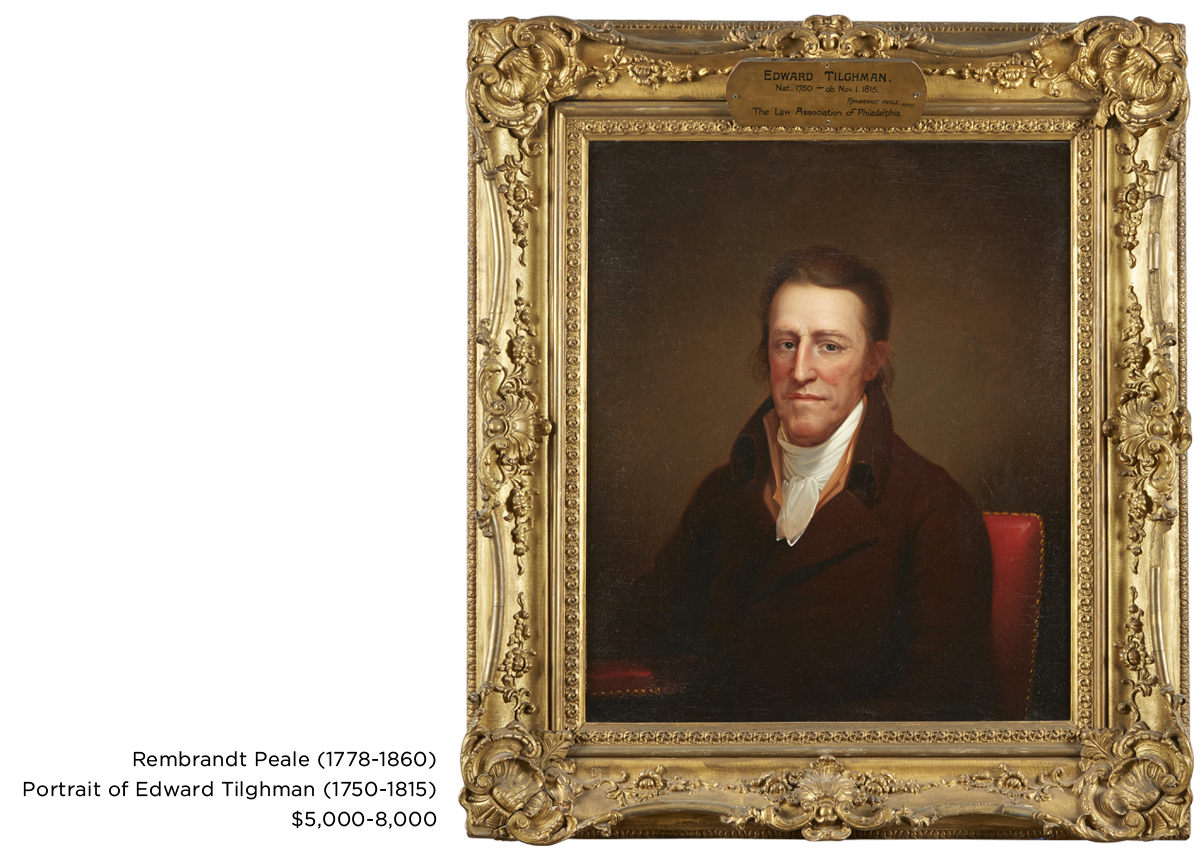 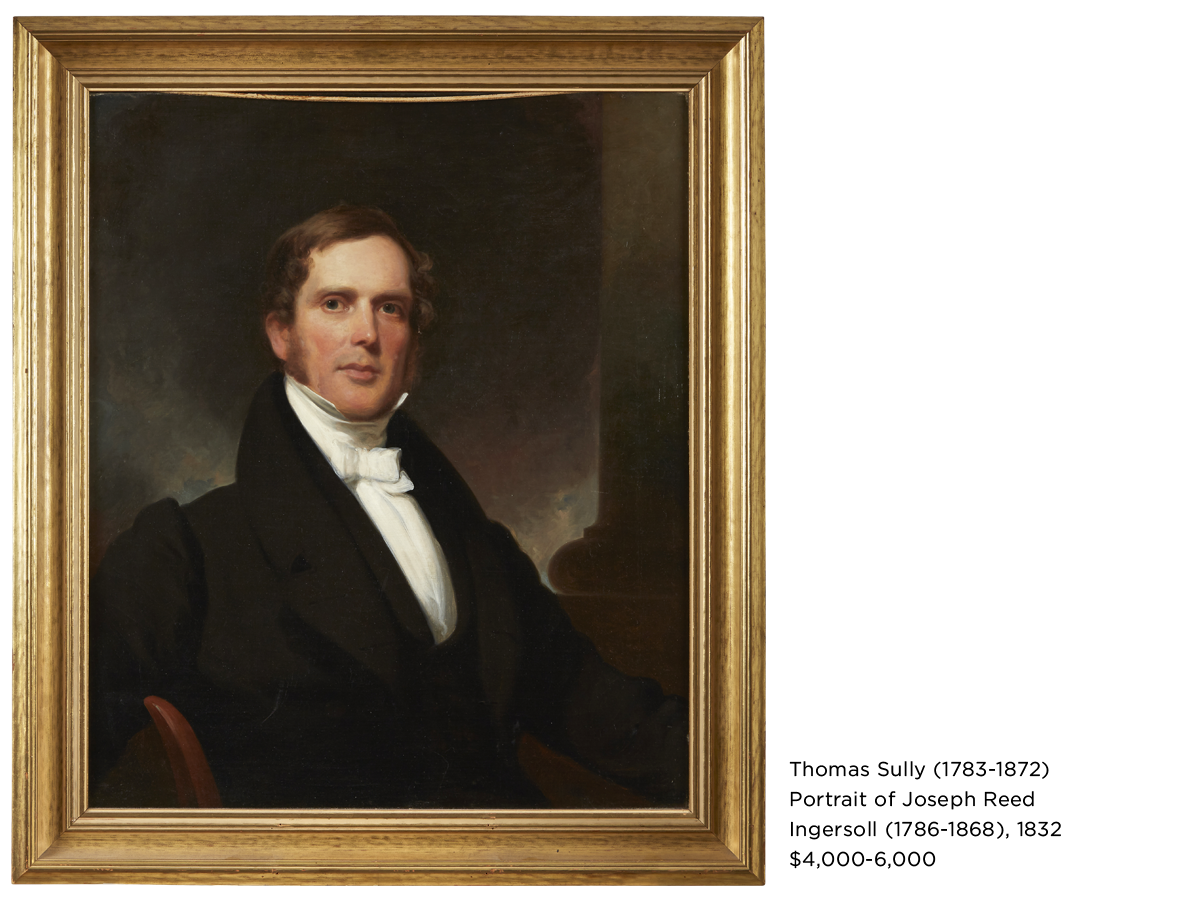 The portraits, as well as the entire auction, will open for public exhibition beginning Saturday, November 10, and continuing through Tuesday, November 13, at Freeman's Philadelphia headquarters.