20th-Century Photographers to Add to Your Collection

From Diane Arbus to Cindy Sherman, get to know these seminal artists

Two of Freeman’s upcoming auctions—Art and Design on September 29, and Modern and Contemporary Art on October 25—offer selections from some of the 20th century’s most collectible photographers. Here, our specialists highlight standout lots from the two sales.

Lots 52 and 53 in our upcoming Modern and Contemporary auction are fine examples of Diane Arbus’ work. Known primarily for photographing people at the edges of society with sincerity and sensitivity, here the conversation between the two photographs provides us with another dimension. In Lot 52 we see an elderly woman in fur, her gaze cast downward in judgement, perhaps toward the couple (Lot 53); a pair of teenagers with hotdogs who represent a new generation of Americans – aloof and rebellious. 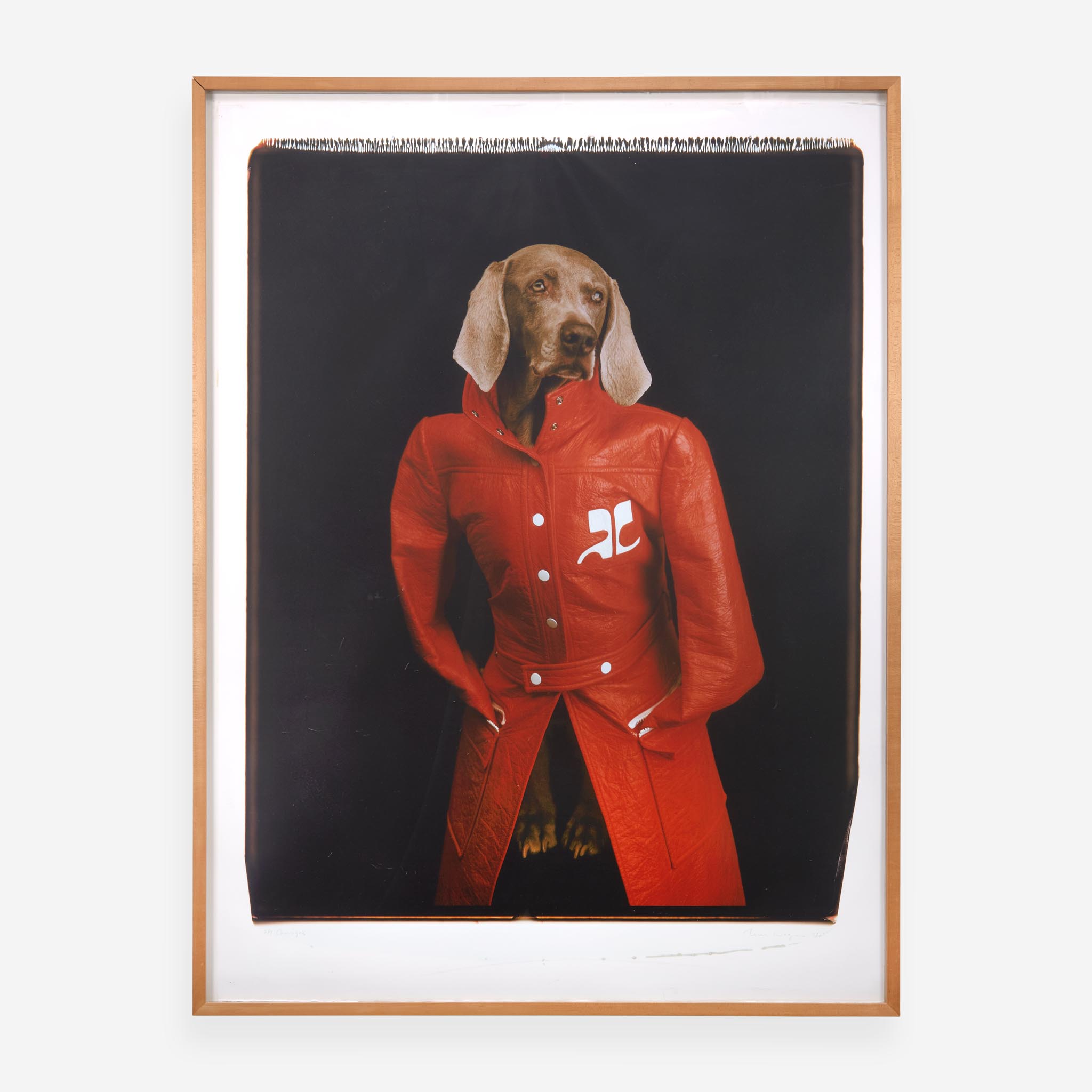 While Arbus challenges us to identify with her subjects, William Wegman’s photographs turn that premise on its head. Known for featuring his Weimaraners, Wegman utilizes pop cultural tropes as an access point to his work. Lot 147 in our upcoming Art and Design sale shows Wegman’s dog in a familiar pose, wearing a bright red coat. Once the image is closely examined, we notice the dog’s paws where a human figure’s waist would be, and the flaccid sleeves of the coat tucked into its pockets. We are thus reminded of the absurdity of personifying the dog, as well as myriad ways in which the natural world is changed according to the whims of humans. 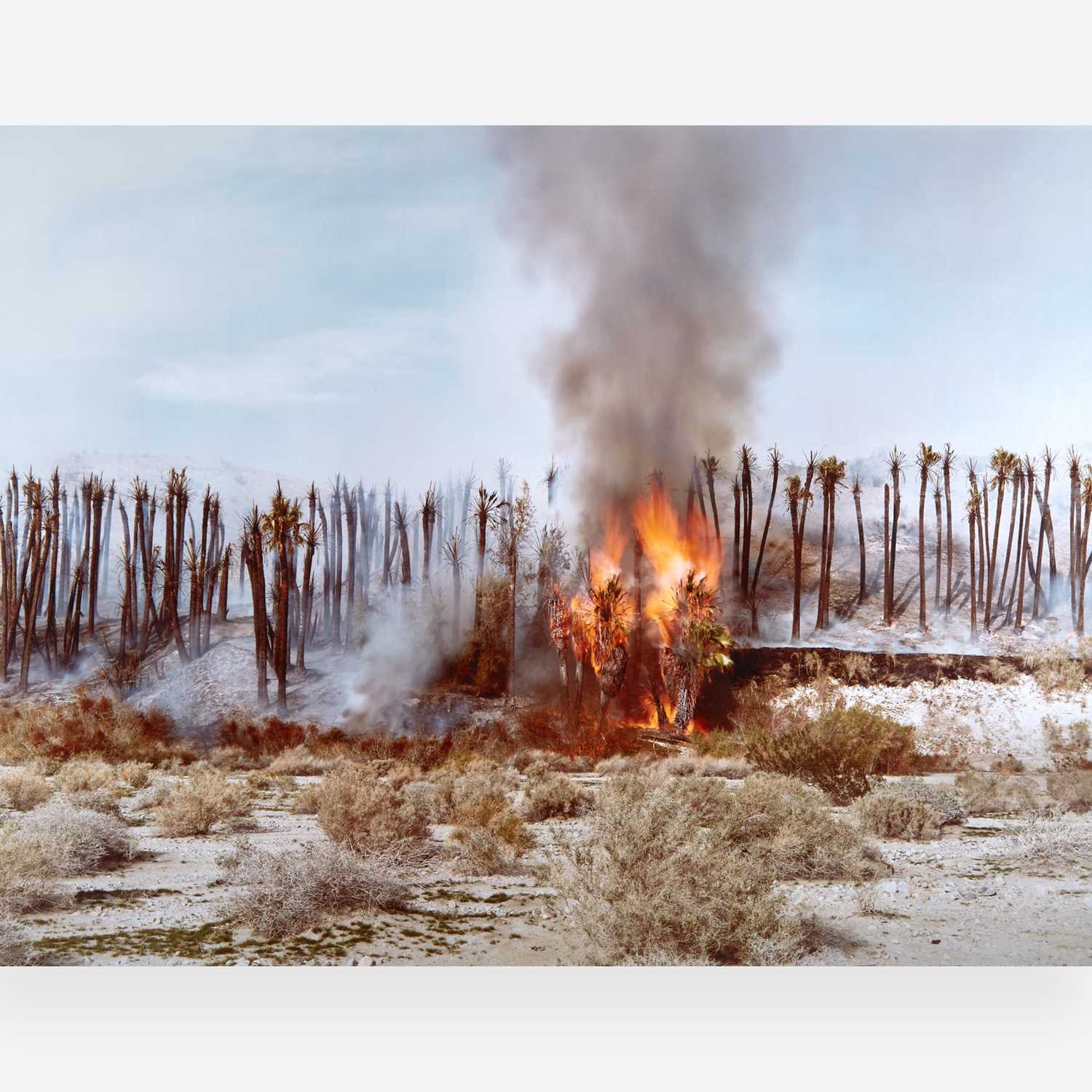 Richard Misrach, too, is concerned with humans’ relationship with nature. A pioneer of color photography, Misrach’s work lays bare how people interact with the landscape, often to the detriment of both. Both sand and sky in Art and Design’s Lot 149 would nearly blend together if they weren’t bisected by a row of burnt palm trees, themselves punctuated by roaring flames and smoke. Through the aestheticization of this desertscape, an increasingly fraught space, we are forced reconcile our desire for ecological preservation with our complicity in the environment’s destruction.

Lot 55 in our upcoming Modern and Contemporary Art auction is a collage by Peter Beard, which features pages from Andy Warhol’s diary. Beard’s decision to change the viewing plane of the diary coupled with the diary’s inverted hammer and sickle create fertile ground for interpretation. Paired with newspaper and magazine clippings, perhaps Beard is highlighting the plasticity of popular culture and positing that ideology alone is not the answer to society’s troubles.

Standing in contrast to Lot 55 is Lot 54. During the summer of 1972, Caroline and John Kennedy Jr. stayed at Andy Warhol’s Montauk, Long Island estate and learned the basics of motion picture and still photography with filmmaker Jonas Mekas, accompanied by Beard and Warhol. Here we see two film stills of the Kennedy children sharing a quiet and intimate moment; a reminder that public personalities maintain private lives, however difficult it might be for the public to separate the public persona from the private person. 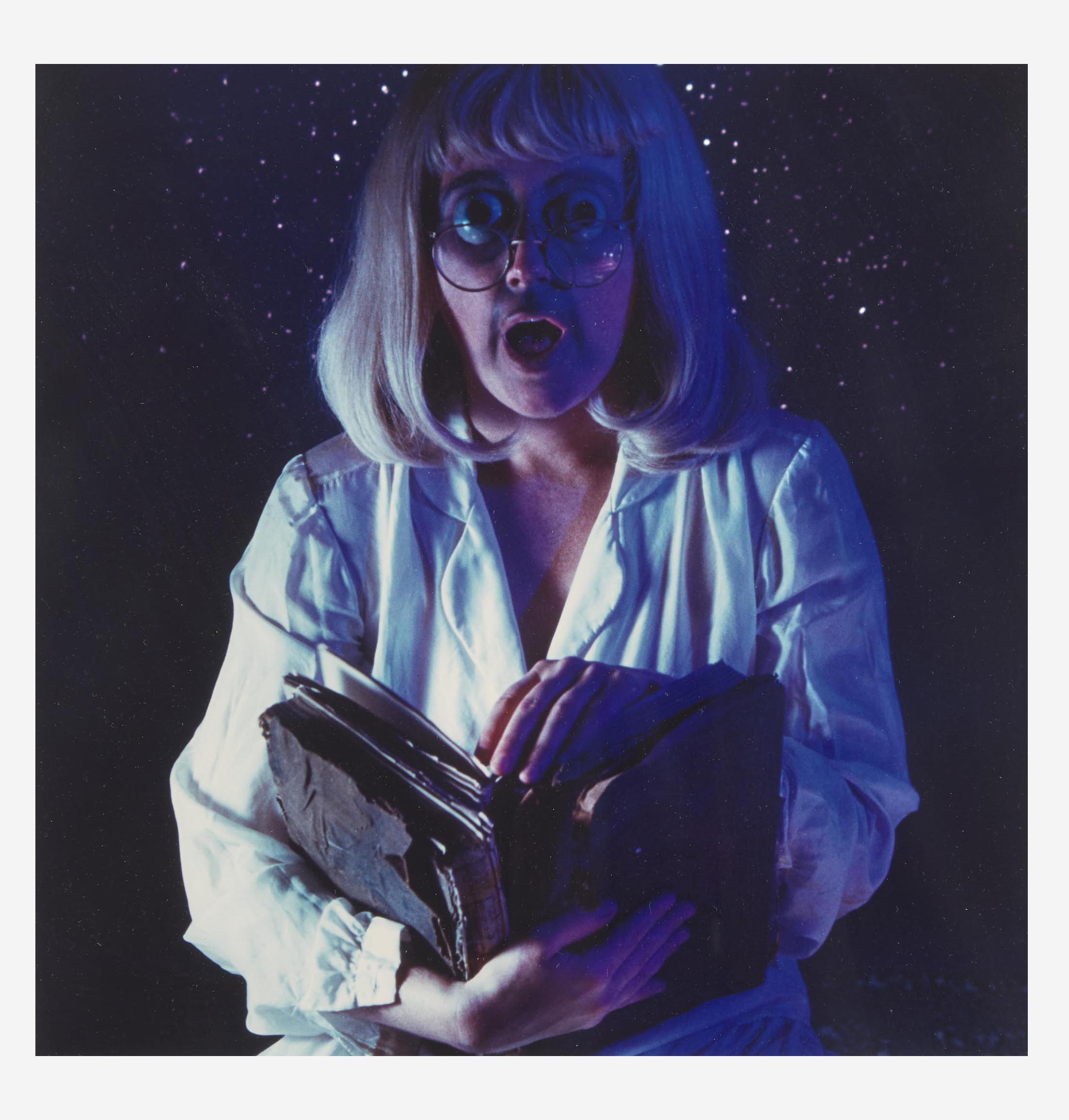 Personas and mythologies have featured heavily in Cindy Sherman’s work for decades. Sherman, often associated with the Pictures Generation, a group of artists interested in challenging notions of authorship while exploring the vapidness of American society, often features herself in her work, wearing makeup or costume. Art and Design’s Lot 148, a photograph from Sherman’s Fairy Tales series, shows the first instance where Sherman has donned prosthetics as a means of assuming the identity of the figure in the photo.

Prosthetics feature heavily in Untitled (Queen of Hearts), Lot 78 in our Modern and Contemporary Art auction, which shows fragmented, anonymous, plastic mannequin parts around overstuffed ashtrays. Manicured nails and statement jewelry glisten among a heap of cigarette butts while a child lays bored, maybe even helpless, in the background. This image is an indictment of wealth and excess where Sherman rejects the primacy of the establishment, ultimately redirecting the judgement of the woman in Arbus’ photograph back onto her.

View the rest of our October 25 Modern and Contemporary Art auction.