Across Continents: Property from the Collection of Ambassador & Mrs. Alexander Weddell | The Virg...

Selected property from the collection of United States Ambassador Alexander Weddell (1876-1948) and his wife Virginia Chase Steedman Weddell (1874-1948), deaccessioned by the Virginia House Museum, will be offered in a single-owner sale at Freeman's in Philadelphia on April 10, 2019. Proceeds will benefit future preservation, acquisitions and care of the Museum's collections. 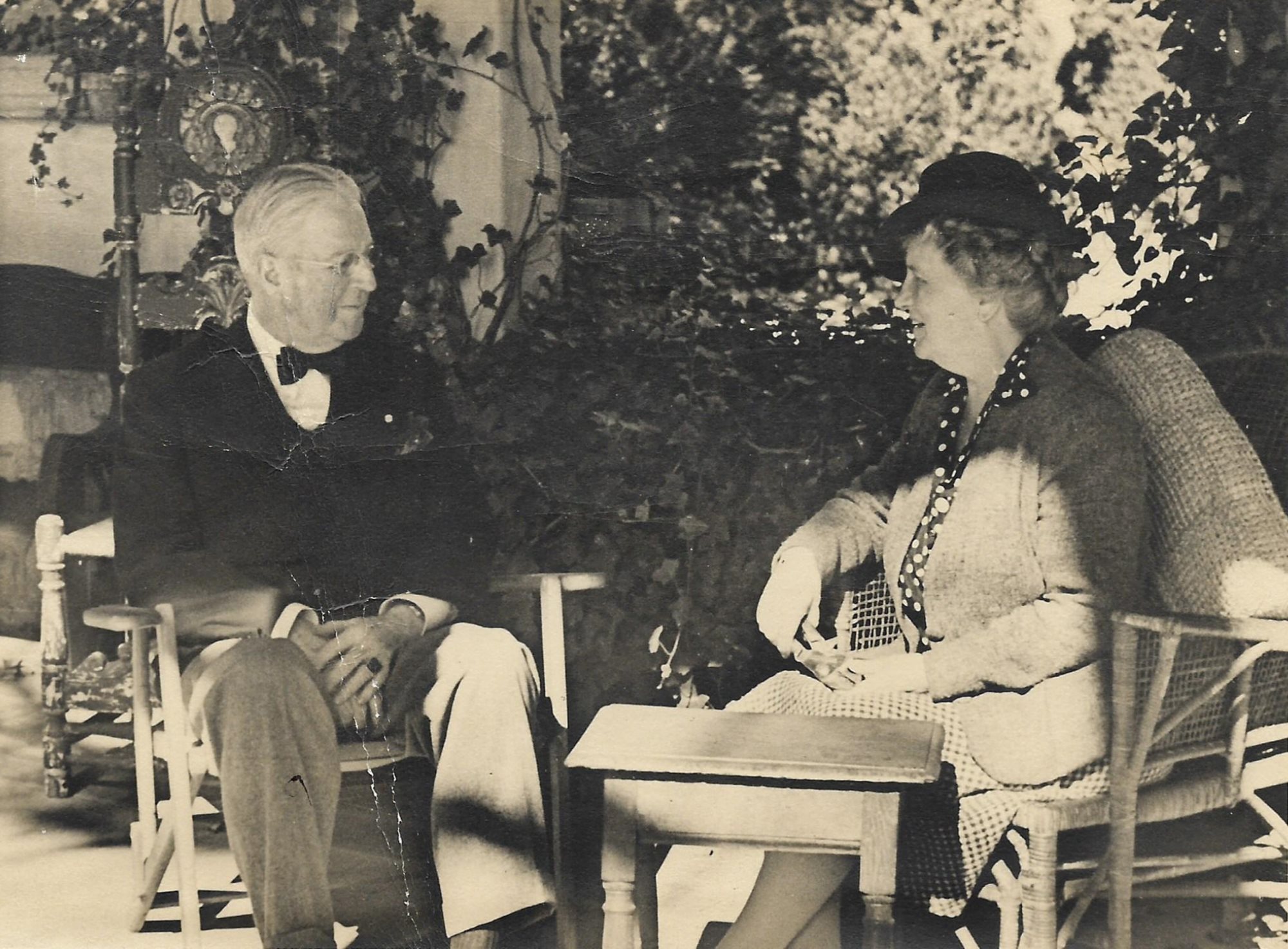 Ambassador Alexander Weddell and his wife, Virginia Chase Steedman Weddell in their garden at Virginia House. Archival Photograph from the Personal Collection of Alexander and Virginia Weddell, courtesy of the Virginia House Museum.

Declared by the National Register of Historic Places to be "a noteworthy representative of a peculiar residential building type prevalent in the late-nineteenth and early-twentieth century period of American architecture," Virginia House was the permanent residence of American diplomat Alexander Weddell (1876-1948) and his wife Virginia Chase Steedman Weddell (1874-1948). Their 16th century English manor was originally constructed as "Hawk's Nest" by Thomas Hawkins (aka Fisher) in Warwick, England out of materials salvaged from the Warwick Priory; it was saved from demolition by the Weddells, who utimately deconstructed and shipped the predominantly Tudor house overseas to Virginia where it was reassembled and modified in the late 1920s.

An amalgam of architectural styles, the house is also furnished eclectically, enhanced by furniture, textiles and decorative arts hailing from different geographical regions that were acquired during the Weddells' personal and professional travels. Relatively unchanged since the Weddells' untimely death in 1948, the house remains a time capsule -- a glimpse back to an era when affluent Americans adopted a Eurocentric aesthetic for their homes, grounds and gardens. Perhaps moreso though, the house's furnishings are imbued with personal meaning, remaining as souvenirs of the couple's stays in foreign and exotic regions such as India, Mexico City, Argentina, and Spain, as dictated by Mr. Weddell's shifting ambassadorial duties.

Ambassador Alexander Weddell at his desk in Madrid. Archival Photograph from the Personal Collection of Alexander and Virginia Weddell, courtesy of the Virginia House Museum.

In 1907, Weddell secured appointment as secretary to the minister to Denmark, beginning a successful career in Foreign Service punctuated by appointments to Zanzibar, Sicily, Beirut, Athens, Cairo. Later in Calcutta, Weddell met his future wife, Virginia Atkinson Chase, who was at the time on a round-the-world tour with her friends. Bonding over their mutual love of travel, history, art and collecting, the couple began a whirlwind romance that culminated in their marriage in 1923. Weddell opted to retire from the Foreign Service in 1928 after a four year stint in Mexico City, he was called out of retirement in 1933 by President Franklin D. Roosevelt, who appointed him Ambassador to Argentina and then to Spain. Weddell retired permanently in 1942, and the couple then returned to Virginia and to their permanent home, Virginia House, which Alexander fondly named after his beloved wife. 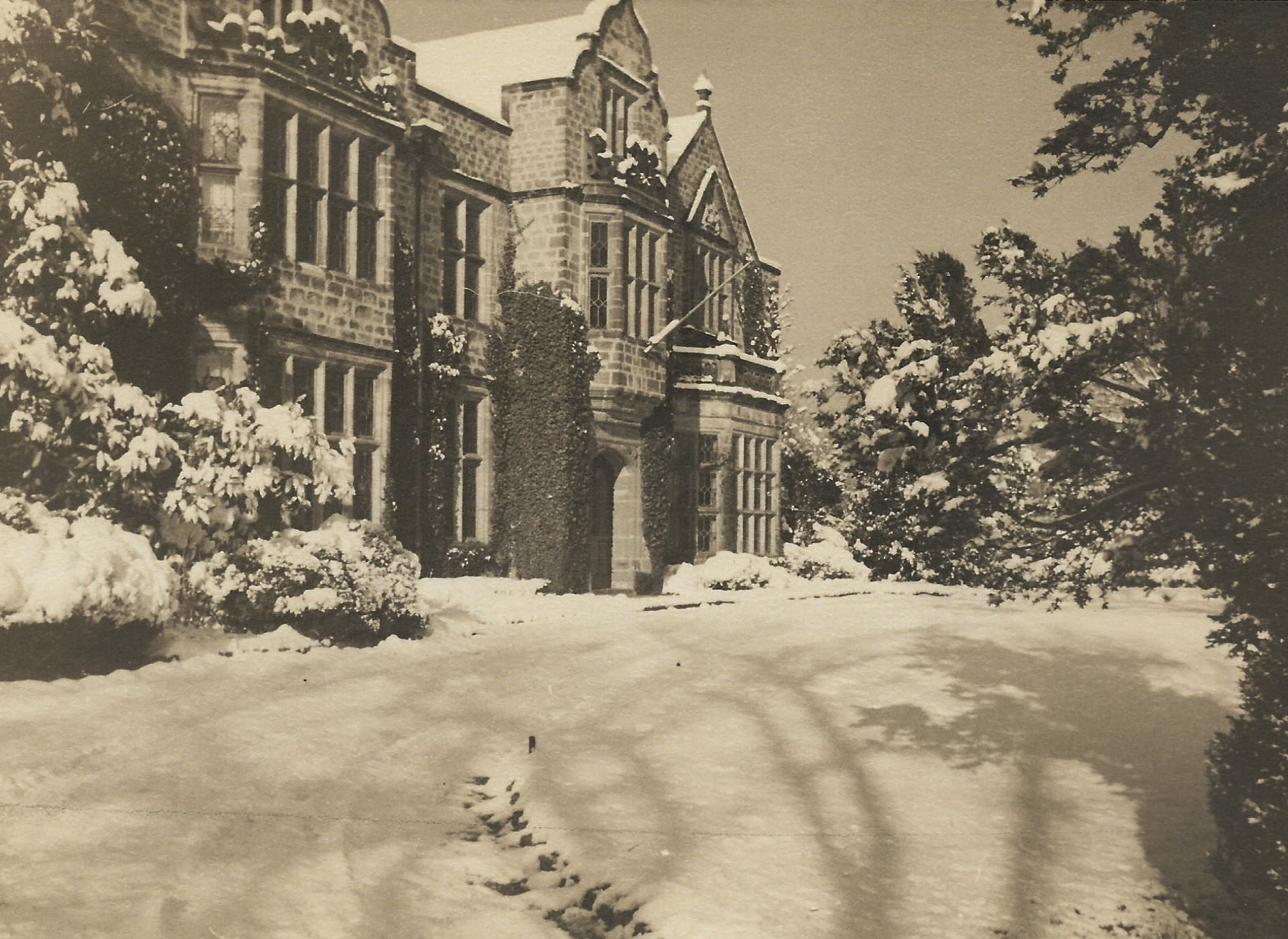 Through the Weddells' remarkable travels they lovingly assembled a cohesive and impressive collection of English, Spanish, Ottoman, and Latin American furniture, decorative arts, and paintings, as well as silver, Southeast Asian bronzes, Gothic and Renaissance sculpture, Brussels and Mortlake tapestries, carpets, and textiles. Enamored of the erudite and genteel English country life, Alexander built a refined and extensive library of early manuscripts and reference texts in the gentlemanly tradition, while Virginia developed a very fine collection of English and Spanish embroideries, French and Italian silks and velvets, and ecclesiastical vestments to furnish their home and upholster their antiques. Furniture highlights from the collection include a fine Spanish Baroque walnut and giltwood vargueño on stand, a rare Elizabethan marquetry oak court cupboard, an exceptional late Elizabethan/early Jacobean carved oak court cupboard, and a very early Ottoman inlaid walnut chest circa 1400. Of special note are a group of Himalayan bronze, copper alloy, and carved wood Buddhist works of art, collected by the Weddells on their travels in India and China. The earliest works date to the 15th century and include a fine figure of Buddha with elaborate engraved robe, and two large Nepalese figures of bodhisattvas. Ottoman silver and tombak; Russian niello snuffboxes from the period of Catherine the Great; and English, French, American, and Mexican silver are also represented. 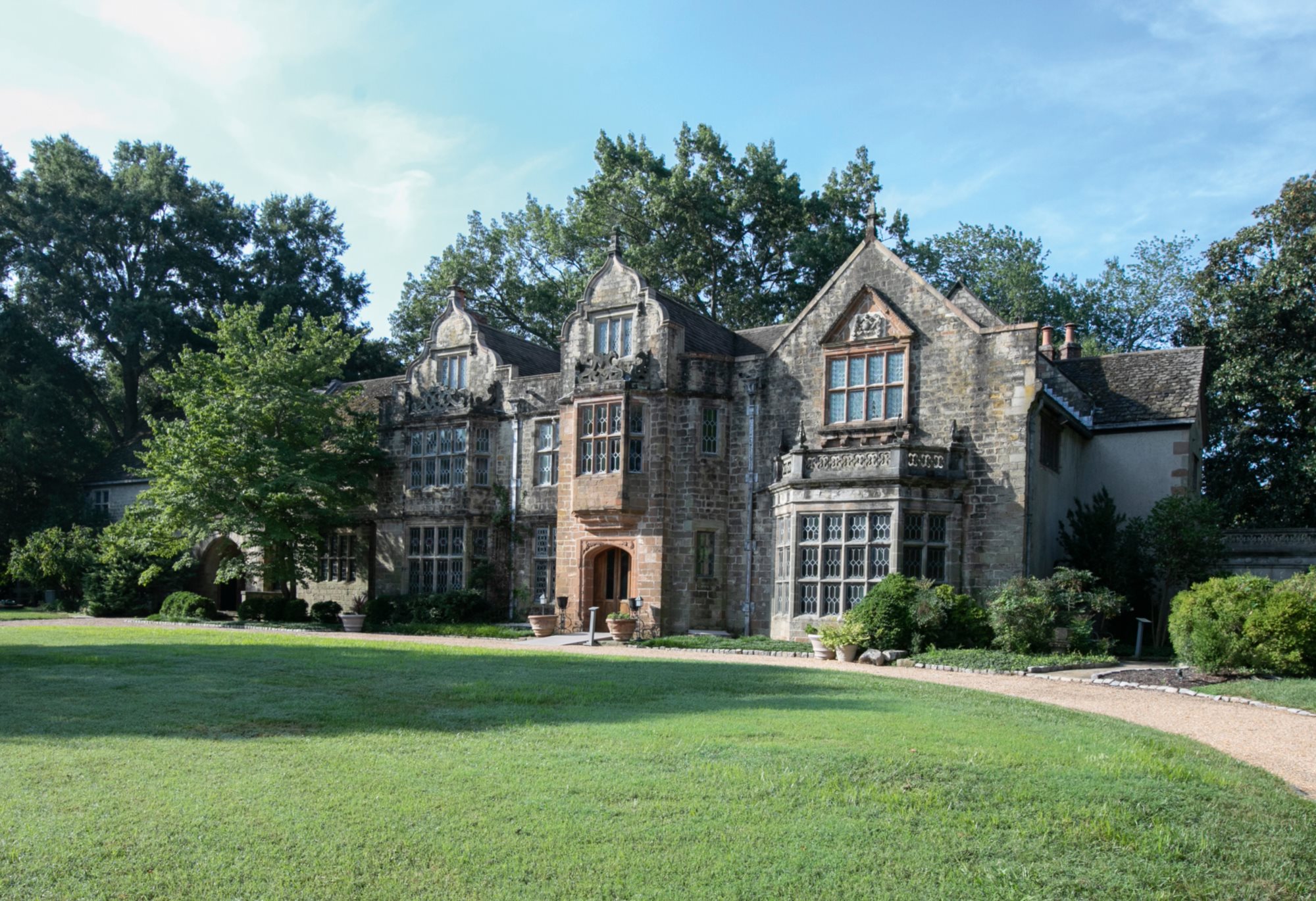 In 1929, Virginia House was presented by the Weddells to the Virginia Historical Society, where Alexander served as President, under an agreed lifetime tenancy. Following the Weddells' tragic and unexpected deaths in a train accident on New Year's Day 1948, the Historical Society took ownership and management of the property, serving as faithful stewards of the house and collection for seventy years. Virginia House has remained open to the public as a historic house museum, and in 2017 the Historical Society's board of trustees approved a plan to increase the use of Virginia House with a focus on donor stewardship, public and private events, and interpretive programs. The Historical Society has partnered with Freeman's to assist in the thoughtful deaccessioning of items unrelated to the mission of the Virginia Museum of History and Culture, the Historical Society's primary accessioning institution. Proceeds from the sale will be placed in a restricted fund for the preservation of the property's historic structures and landscape features and the acquisition and direct care of collections used to interpret the site and the extraordinary story of Alexander and Virginia Weddell. 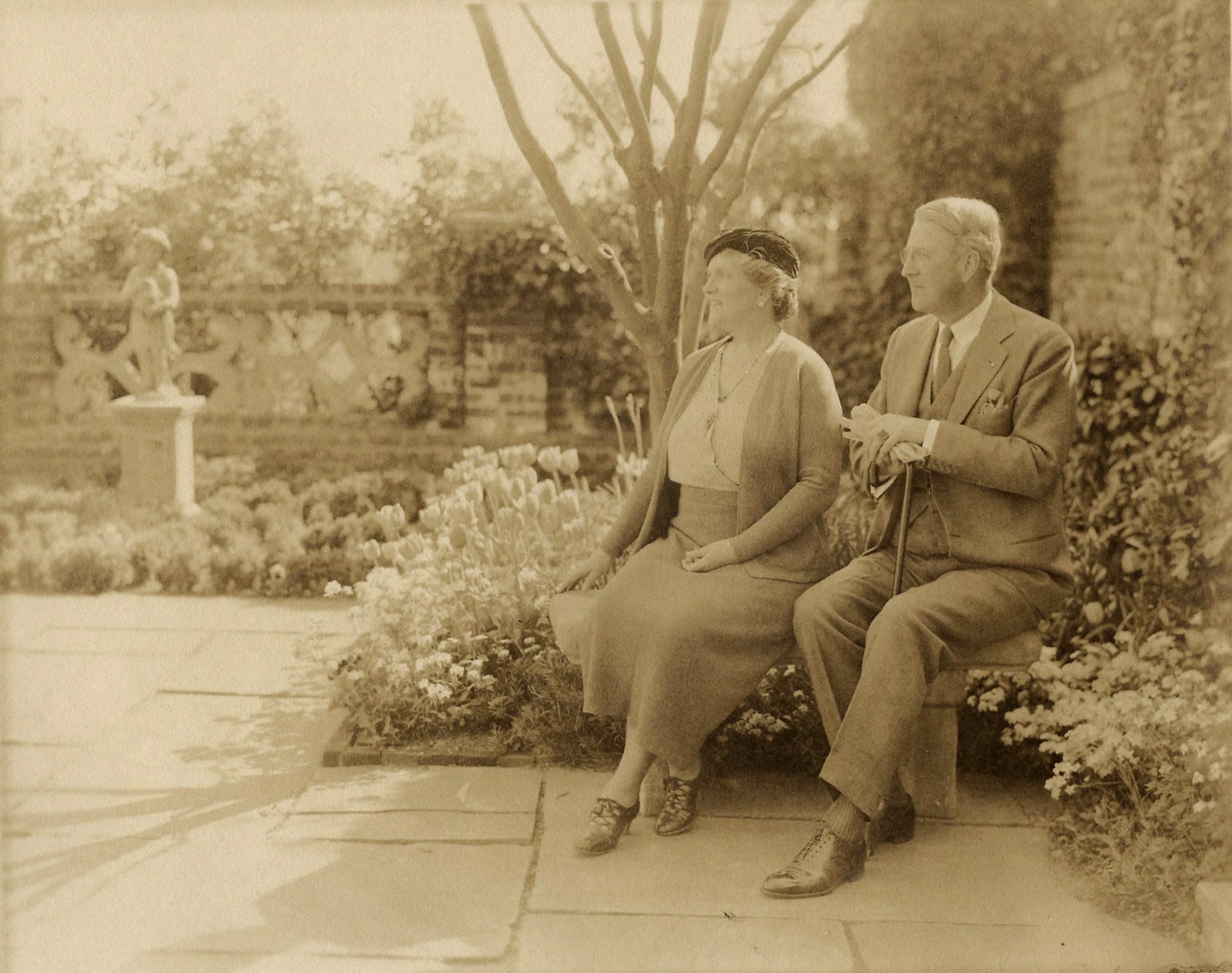 Across Continents: Property from the Collection of Ambassador and Mrs. Alexander Weddell

The Withdrawing Room, East End. Archival Photograph from the Personal Collection of Alexander and Virginia Weddell, courtesy of the Virginia House Museum.

The Weddells carefully chose paintings that complemented the Jacobean interiors of their home, and foremost among them are an impressive Jacobean portrait of an English nobleman and his child, thought to be Sir Francis Clarke and his daughter Dorothy; a period portrait of Sir Henry Norris, Baron of Rycote; as well as a rare portrait of a female courtier by German artist Franz Kessler, executed in 1620. During their time in South America, the couple also brought home several fine examples of the Spanish Colonial School. Of particular note is a 17th century painting done in the style of the Cusco School that the Weddells purchased in Lima, Peru in 1937. The work depicts the Death of the Virgin, surrounded by numerous mourning saints dressed in richly decorated gold brocaded robes.