Alexander and Virginia Weddell were possessed of a uniquely urbane sensibility, which drew them together as a couple and aided in the assembly of their worldly and evocative collection at Virginia House. This week, we explore both the couple's and the house's connection to Europe, tracing the history of Virginia House and its contents back to the Warwick Priory in England. 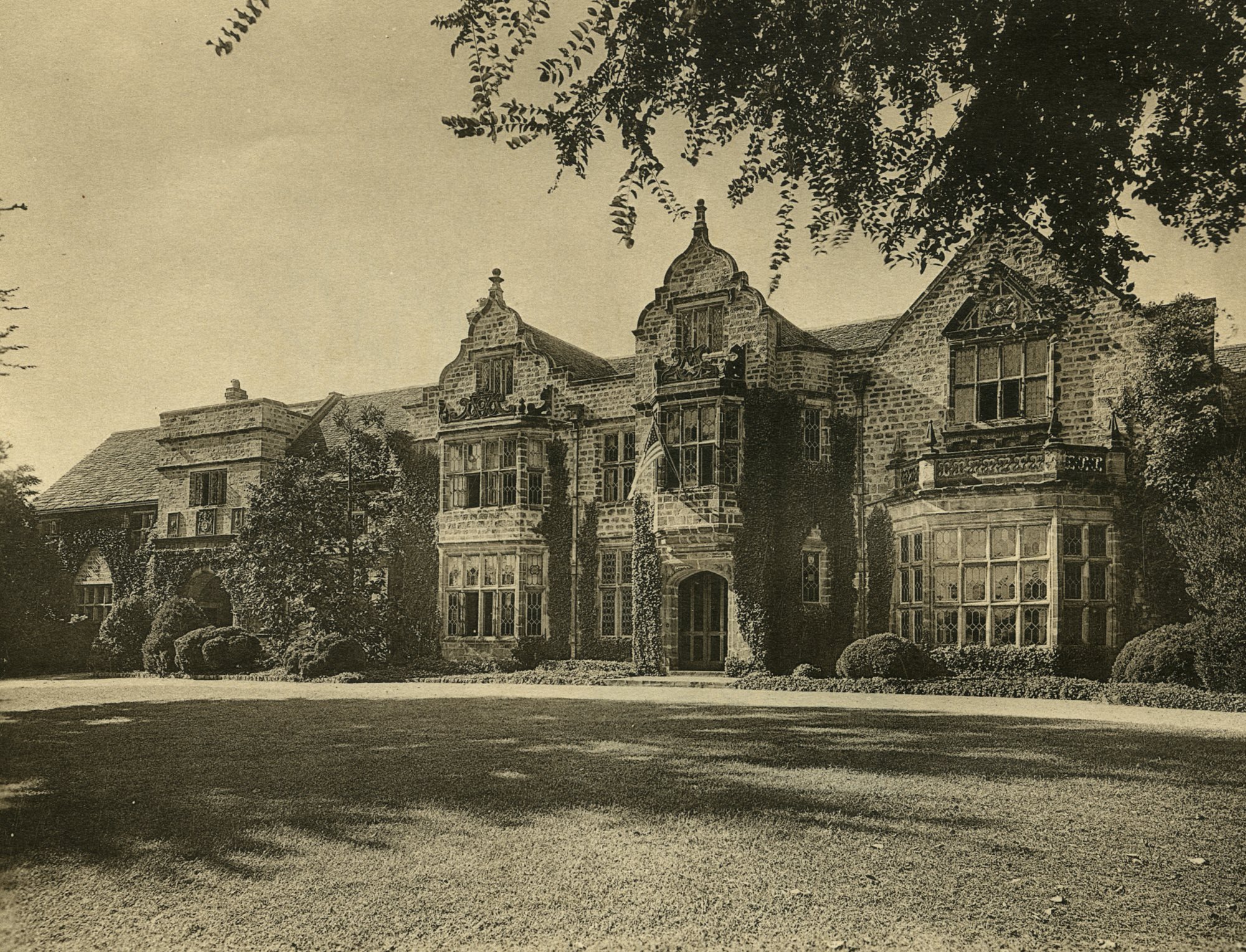 Of An Ancient Priory and Its Western Avatar

Though they never lived in England, they considered it their intellectual and spiritual home, drawn as they were to its ancient history, love of tradition, and dedication to noble pursuits. Nowhere is this more evident than in Virginia House itself, which the couple built expressly as "an endeavor to evoke for the dweller, as for the friend or stranger within its gates, something of the atmosphere and environment of that serene and stately life-fruit of gentle traditions and high thinking-which prevailed through some four centuries in the ancient structure whence it sprung." This ancient structure, a priory dating back nearly a thousand years, was acquired by the Weddells in Warwickshire and shipped to Virginia, stone by stone, in 1925 to serve as their permanent home.


“An endeavor to evoke for the dweller, as for the friend or stranger within its gates, something of the atmosphere and environment of that serene and stately life-fruit of gentle traditions and high thinking-which prevailed through some four centuries in the ancient structure whence it sprung.”

Virginia House today is an assemblage of elements from several different Tudor-era structures, but the primary edifice is reconstructed from the Augustinian Priory of the Holy Sepulcher of Jerusalem in Warwick, England, also known as Warwick Priory. The Priory was first founded in 1109, and remained an important religious seat until the English monasteries were dissolved in the Reformation. In 1546 it was acquired from the Crown by one of Henry VIII's favored courtiers, Thomas Hawkins, who undertook a significant renovation of the site, completed in 1566. He eponymously renamed the residence "Hawkyns-nest," or "Hawk's Nest," but it remained known in common parlance as The Priory, as it had been called for the preceding 400 years. The Priory enjoyed continued prominence and royal favor, including a visit by Queen Elizabeth I in 1572. In 1709 it was purchased by Henry Wise, superintendent of the royal gardens at Hampton Court and Kensington Palace under Kings and Queens William and Mary, Anne, and George I.

Virginia House Under Construction, Archival Image Courtesy of the Virginia Museum of History and Culture

The changing tides of the landed aristocracy during the 19th century left The Priory in a state of disrepair by 1910, when it was listed for sale at auction. In 1925 a "Second Demolition Sale" was announced, described as a "Highly Important Unreserved Demolition Sale of the Ancient Mansion House, known as The Priory, Warwick, which is mainly a 16th Century Structure with portions dating back to the 12th Century." The Weddells were already on a steamer bound for England in search of antiques when they encountered the sale notice, and were able to acquire the remaining shell of the building through tactful negotiations. It was shipped to America as ballast freight on multiple ships, and ground was broken at Virginia House on November 6, 1925.

The Weddells traveled extensively throughout England in order to reunite scattered original interior elements from The Priory with their reconstruction in Virginia-finding additional priceless antiques along the way-and rebuilt others from the house's original oak timbers. An example of this is the recovery of original masons' marks, hidden in the original structure of the house, and rediscovered when the stones were reused in erecting the new building (as shown in hero image). Across the European continent they carefully sought paintings and furniture that would complement the Tudor and Jacobean interiors of their new home. Foremost among these are a Jacobean portrait of an English nobleman and his child, thought to be Sir Francis Clarke and his daughter Dorothy; a period portrait of Sir Henry Norris, Baron of Rycote; as well as a rare portrait by German artist Franz Kessler, executed in 1620, likely depicting German Princess Amalia von Sayn Wittgenstein.

They furnished their home with period furniture, including several fine Elizabethan and Jacobean court cupboards, two impressive refectory tables of the same period, and a rare pair of Charles II painted cordovan leather chairs, as well as French Gothic wood and limestone sculpture, and magnificent tapestries. These include a 16th century Brussels tapestry and a 17th century Mortlake fragment from 'The Horses' designed by Frans Cleyn. The Weddells were also partial to the Italian Renaissance and commissioned furniture upholstered in antique Genoese velvets to accompany their three cassoni. The most exceptional of these is an alla certosina walnut chest, likely Venetian and of the 15th century, inspired by the geometric work of the nearby Byzantine/Ottoman Empires. Indeed, much like these sprawling ancient empires and Virginia House itself, the Weddells' European collection spans millennia and continents, from Russia to Spain, from Athens to Britain, from antiquity to the early 20th century.

Second Demolition Sale Poster for the Warwick Priory (Before Becoming Virginia House), 1925, as depicted in Alexander Weddell's "A Description of Virginia House...", 1947 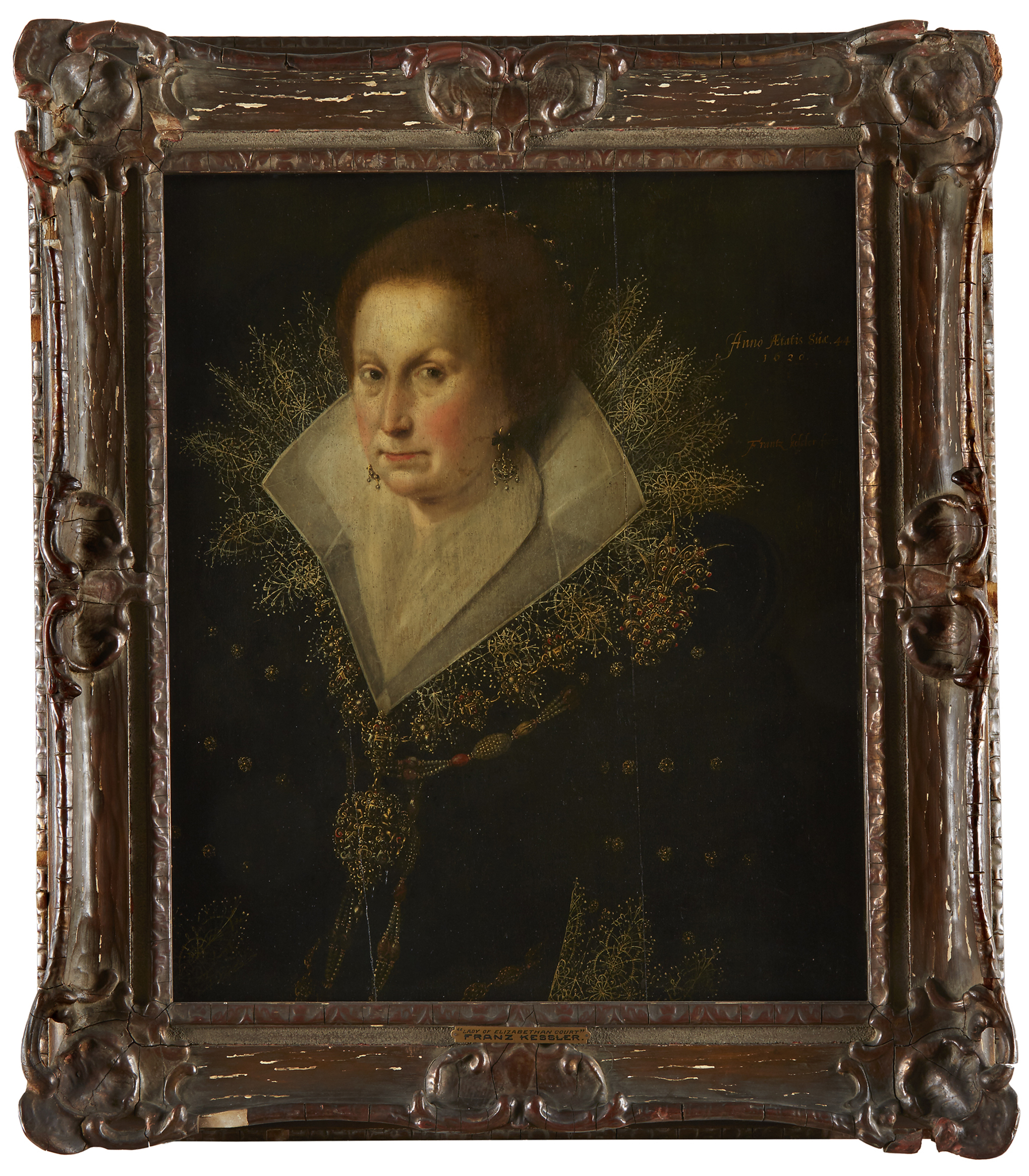 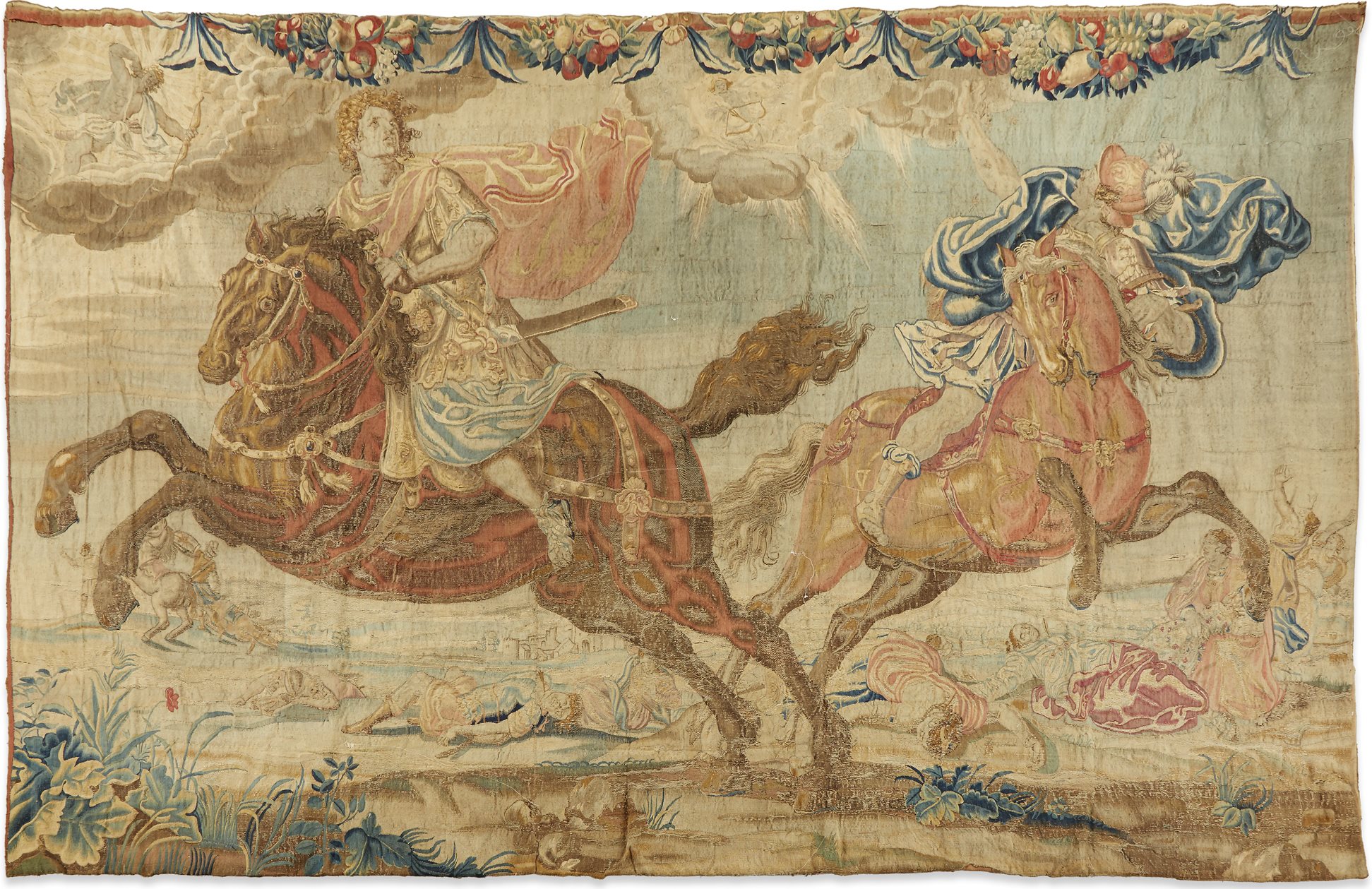 Property from the Collection of Ambassador & Mrs. Alexander Weddell

Virginia House was presented by Ambassador Alexander Weddell and his wife, Virginia Weddell, to the Virginia Historical Society in 1929, under an agreement that allowed the Weddells lifetime tenancy. The Weddells constructed this singular property as their permanent home, but envisioned it as a future resource for the progress of the Virginia Historical Society, of which Ambassador Weddell served as President after his retirement from the Foreign Service.

Following the Weddells' tragic and unexpected deaths in a train accident on New Year's Day 1948, the Historical Society took ownership and management of the property. For seventy years, the Historical Society has served as a faithful steward of the house and its diverse collections and gardens as outlined by the Weddells. Virginia House has remained open to the public as a historic house museum through private tours and special events, and in 2017 the Historical Society's board of trustees approved a plan to increase the use of Virginia House with a focus on donor stewardship, public and private events, and interpretive programs, which are currently limited by the scope and care requirements of the Weddells' immense collection.

After an exhaustive survey of the objects on display and in storage at Virginia House, the Historical Society has thoughtfully identified items unrelated to their primary mission of "connecting people to America's past through the unparalleled story of Virginia." Deaccessioning these selected contents will enable the Historical Society to better interpret and maintain the most beloved works at Virginia House, as well as objects related to the Weddells themselves–personal items, documents, archives, et cetera. Proceeds from the sale will be placed in a restricted fund for the preservation of the property's historic structures and landscape features, and the acquisition and direct care of collections used to interpret the site and the extraordinary story of Alexander and Virginia Weddell.

Details of Selected European Paintings, Furniture & Decorative Arts, to be offered at Freeman's on 10 April 2019

Alexander Weddell Showing Mason's Marks on the Outside Wall of Virginia House, East Facade, Archival Image Courtesy of the Virginia Museum of History and Culture