All About January's Birthstone: Garnet

This durable stone has been found in jewelry dating back to the Bronze Age.

Birthstones-that is, colored gemstones assigned to each month of the year-are said to date back as far as the Twelve Tribes of Israel, represented by 12 gemstones set in the breastplate of the High Priest Aaron. The 12 gemstones eventually became associated with the months of the year, as well as with the signs of the zodiac. Throughout the intervening centuries, traditional birthstones have changed, as have the customs surrounding them.

January's birthstone is garnet. The name derived from the Latin "granatum," meaning seed, and the Middle English "gernet," which meant deep red. While its name denotes a rich, dark red color-similar to the red seeds of a pomegranate, as its Latin name suggests-garnets belong to a family of minerals that can vary wildly in color, from blue, bright green, or no color at all. Garnets are an incredibly durable, hard stone, registering approximately a 7 on the Mohs scale. (For reference, diamonds are rated 10 on the Mohs scale, while talc, best known in its powdery state, is a 1.) 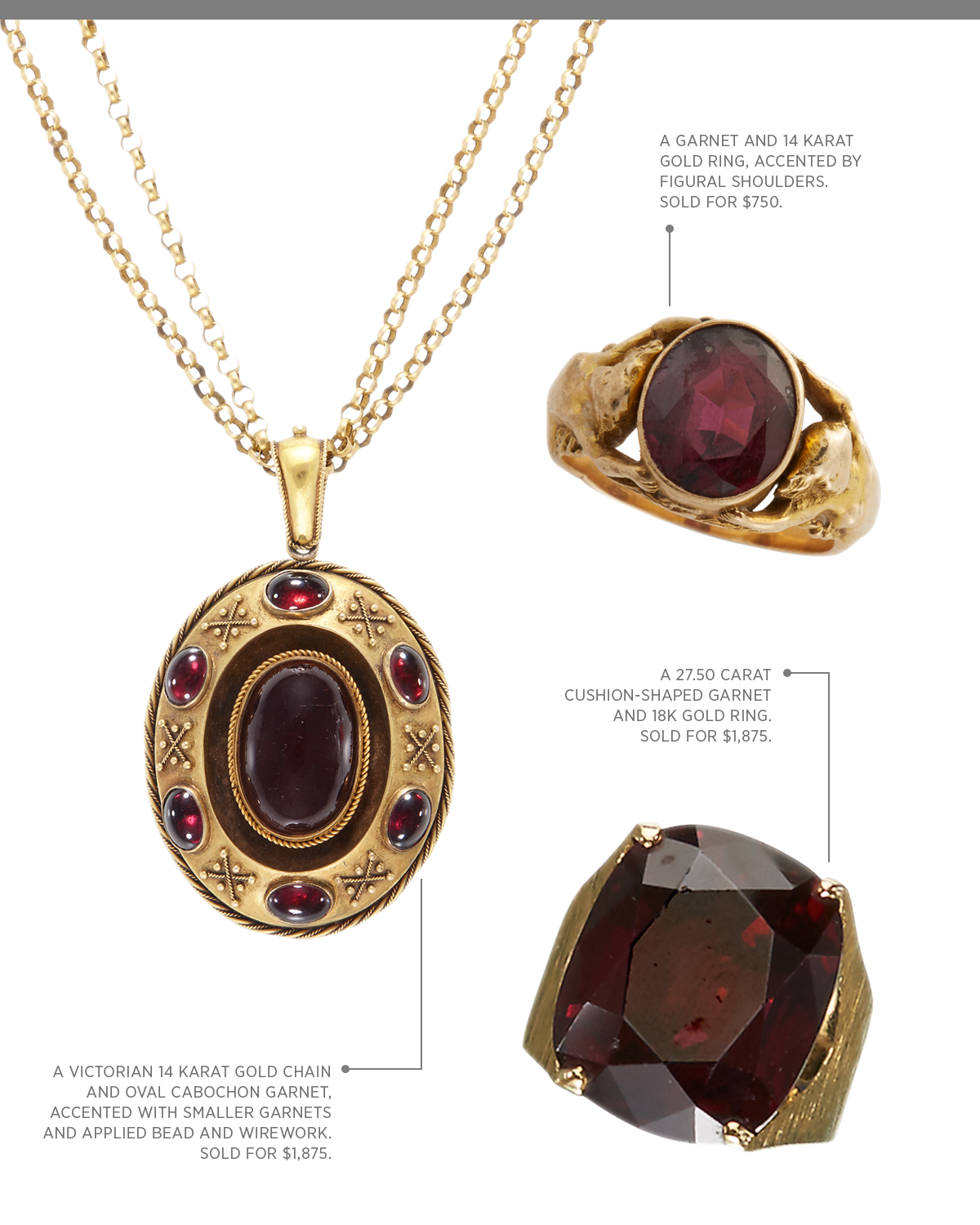 The gemstone has been found in jewelry dating back to the Bronze Age. Ancient Egyptians believed garnet was the symbol of life. Greek philosopher Plato commissioned to have his portrait engraved on a garnet. Third century Romans used the gemstones in signet rings. The mythology surrounding garnets is vast: they were thought to have been able to ward off the plague, cure melancholy, and heal wounds, and were used as protection in battle. Noah was said to have used a glowing garnet to keep the ark alight. They were popularized in the Victorian era, and widely used in jewelry of the time period.

These days, garnets are meant to symbolize friendship, loyalty, and affection.

Freeman's is currently accepting consignments of Fine Jewelry for the spring auction season. Speak with a specialist today.