At the Altar: A History of Altarpieces in Fine Art

Since the height of their popularity between the Middle Ages and the 17th Century, Altarpieces have been central to religious art and iconography.

Much like depictions of Madonna and Child, altarpieces are central to religious art and iconography. Whether paintings, reliefs, or large sculptural works, altarpieces were placed (as the name suggests) behind the altar in Christian churches. Like most religious art, altarpieces reached the height of their popularity between the Middle Ages and the 17th century, and while still present in most churches today, are not as widely produced or integral to Christian art. 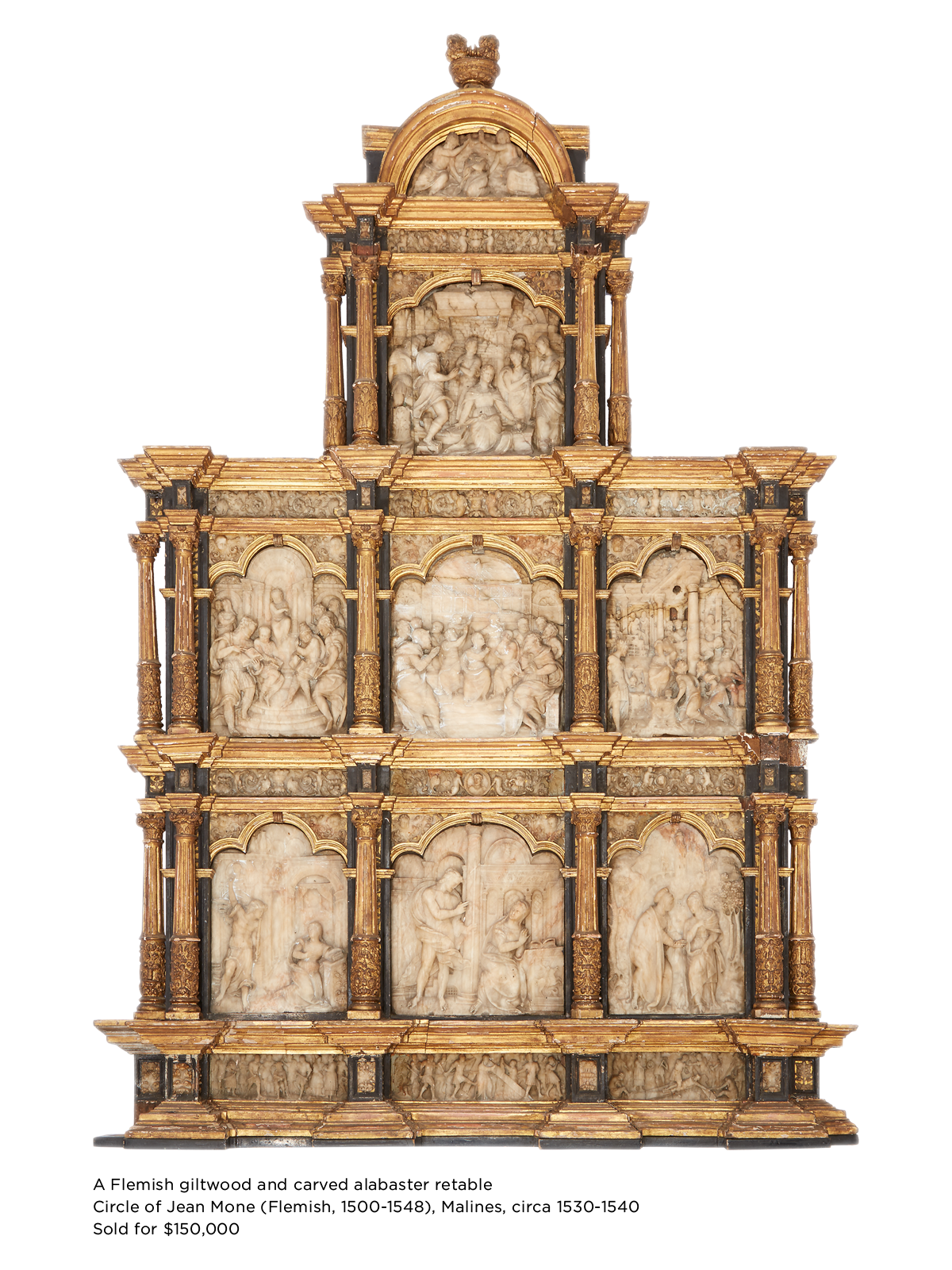 There is no standard for altarpieces as dictated by the Catholic church, leading to a variety of shapes, forms, and different media throughout religious art. The two distinct forms are known as reredos, large pieces constructed in stone or wood that are placed on the floor behind the altar, and retables, which are smaller structures placed on a surface within the altar, and which usually feature sculpted reliefs or paintings. Early altarpieces first appeared in the 11th century, and typically depicted saints with either Mary or Jesus as the central figure. By the 13th century, painted panels became a common altarpiece form in Italy, with more elaborate, frescoed images influenced by Byzantine art. Rather than being one-dimensional, Italian painted panels often included sculptural elements, including wooden arches or peaks of different heights. 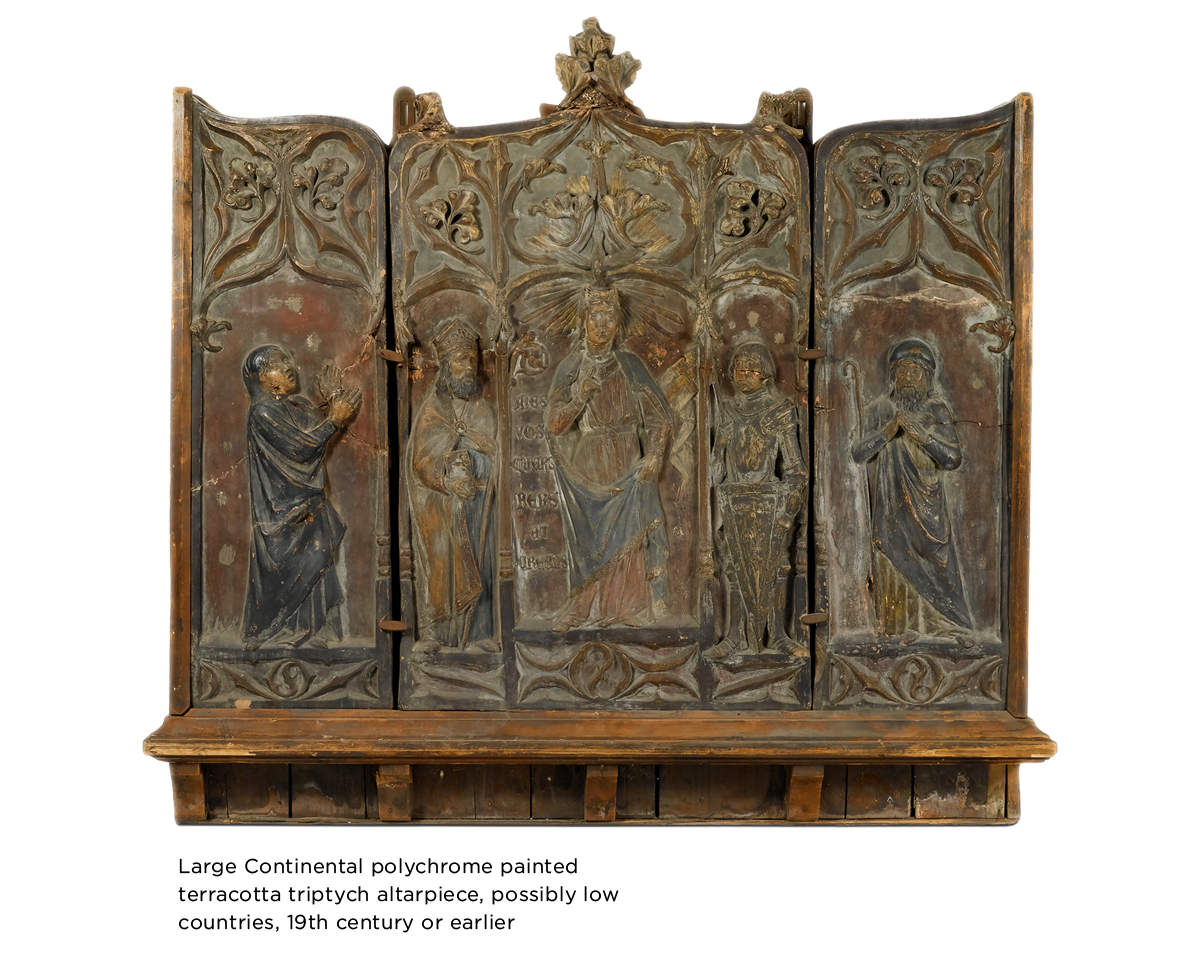 In the 14th century, a winged altarpiece-one with hinged outer panels, or 'wings' that could closed around the central portion, called a triptych or polyptych, depending on the number of wings-became popular in Catholic areas in both Eastern and Western Europe, as well as Scandinavia and the Baltics. Perhaps the most famous winged altarpiece is the Adoration of the Mystic Lamb, which hangs in St. Bavo's Cathedral in Ghent, Belgium. Dating from the 15th century, the Ghent altarpiece was painted by Jan van Eyck and his brother Hubert, and is comprised of 12 panels, depicting the Virgin Mary, Christ, Adam and Eve, various saints, and the Lamb of God. Several of the panels have been stolen throughout the intervening five hundred years since its creation, with one panel, depicting the 'Just Judges,' still missing. 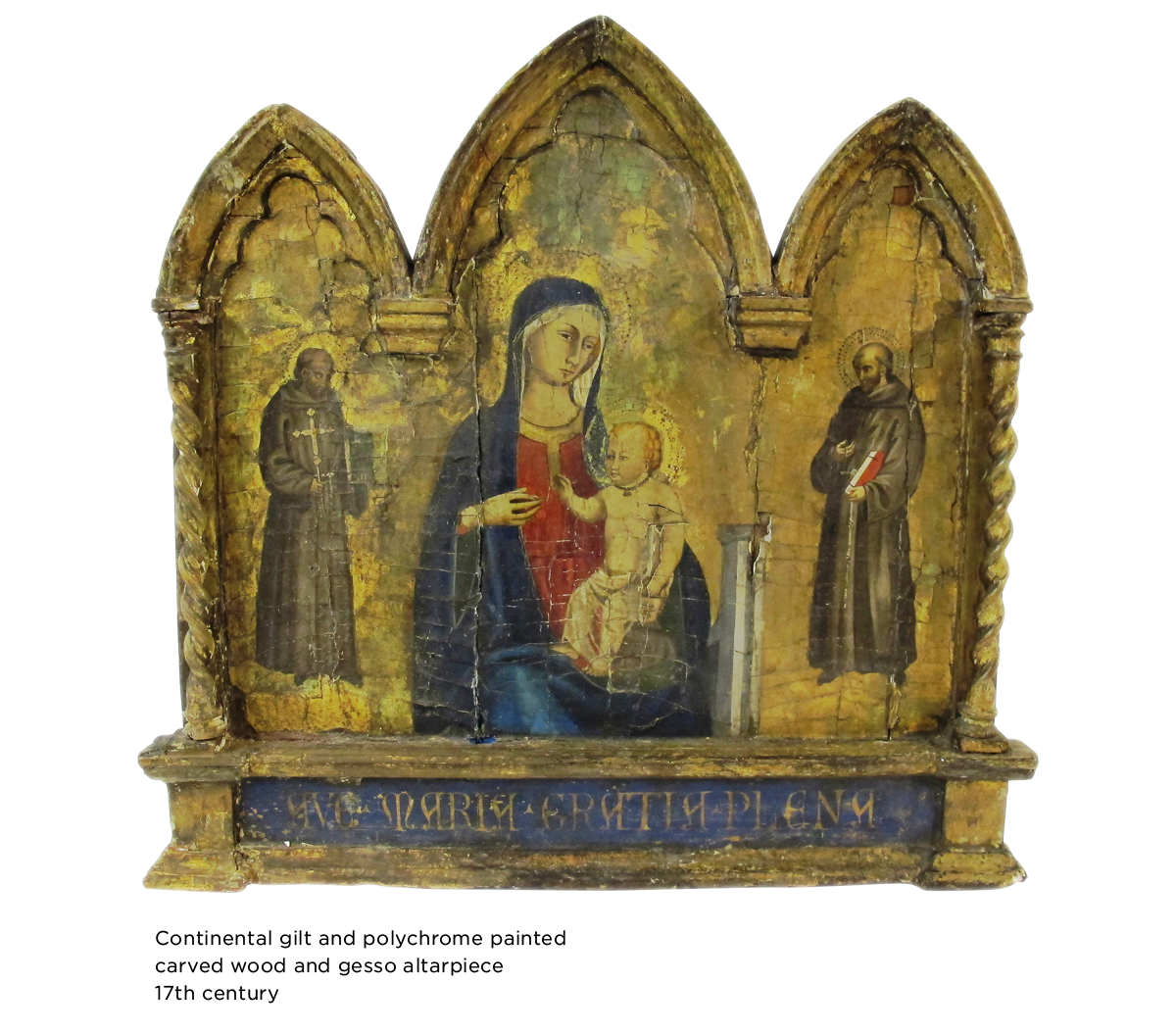 Altarpieces began to appear not just in churches, having been embraced by individuals for their private homes and guilds. Smaller altarpieces were most suitable for private devotion: in domestic or funeral chapels, for instance. However, by the 16th century, paintings started to replace elaborate altarpieces. Many traditional altarpieces were lost or destroyed during the Reformation, and again during the Age of Enlightenment during the 18th century, when reason and philosophy overtook religion as the main source of influence and power. The push of a separation of church and state, coupled with an expanded repertoire of consumer-available art, meant altarpieces were no longer produced in the same quantities or styles they once were. Today, altarpieces are seen as historical relics from another era of art, and can command impressive prices at auction.