Freeman's set an auction record for an American-made looking glass. Lot 104, a Chippendale carved mahogany looking glass with a phoenix cartouche, sold for $298,000, more than ten times its high estimate. The carving of the cartouche and side garlands was attributed to the workshop of John Pollard and Richard Butts, Philadelphia craftsmen who advertised their partnership on Chestnut Street in 1773. Micro-analysis determined the secondary woods of the glass to be white pine and Atlantic cedar. 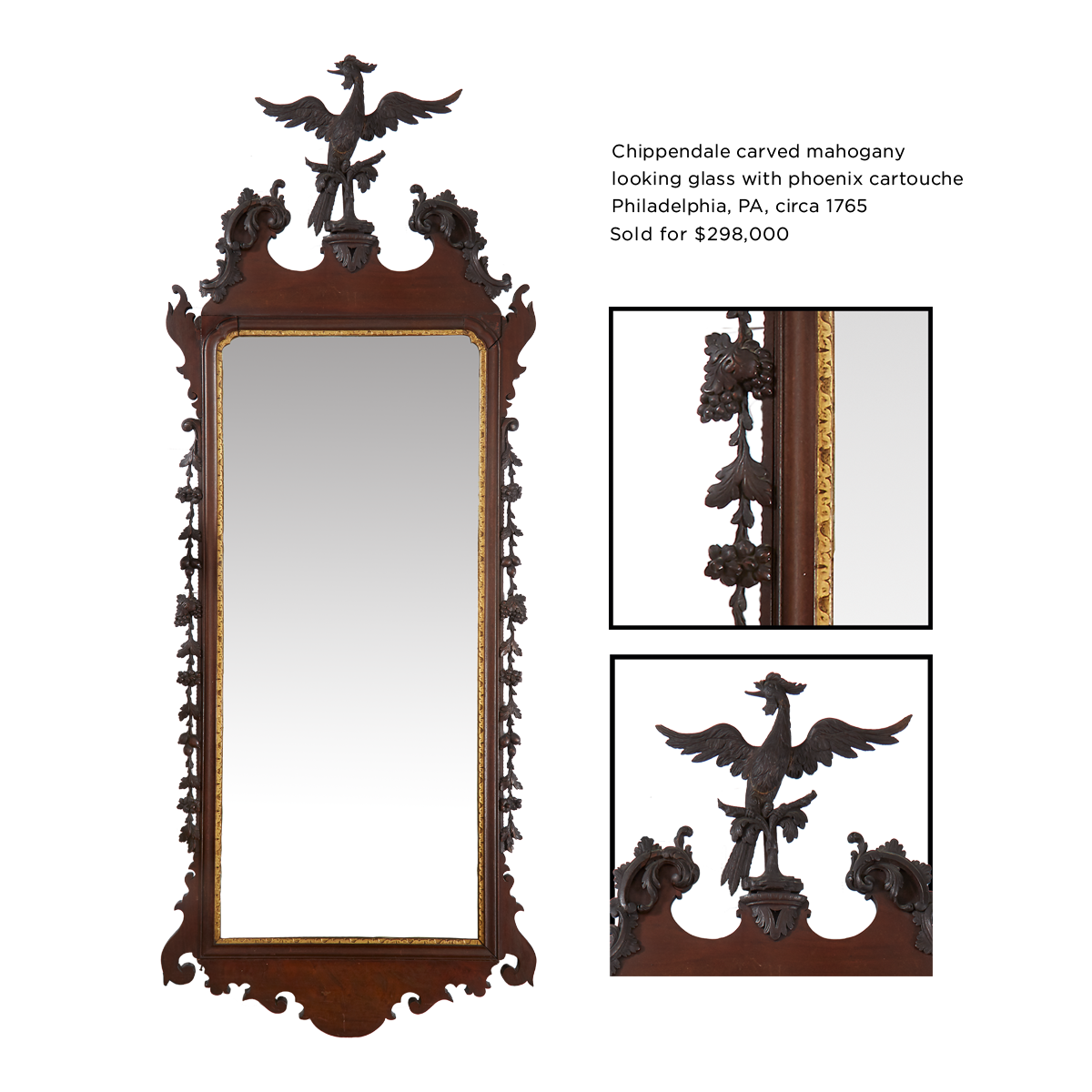 Highlights from the day's sale include Lot 84, a large pieced and appliquéd quilt, circa 1842, from Baltimore. According to tradition, the quilt was made in Mt. Vernon Place, the Baltimore home of John Hanson Thomas, Jr. and Ann Campbell Gordon Thomas, the daughter of America's first millionaire, Basil Gordon. The quilt descended through the Thomas family until the 1970s. It sold for $31,250, against a presale estimate of just $3,000-5,000. A set of four Chippendale walnut side chairs, circa 1770, more than doubled their high estimate when they sold for $18,750 (Lot 105), as did Lot 22, a carved mahogany and embossed leather Campeche chair, from 19th century Mexico, which sold for $27,500, against an estimate of $8,000-12,000.

The auction concluded with nearly 70 portraits and busts of prominent lawyers from the Philadelphia Bar Association, the oldest association of lawyers in the United States. Lot 419, a portrait of Horace Binney by artist Thomas Sully, sold for $17,500, while Lot 416, a portrait of Peter Stephen DuPonceau by Bass Otis sold for $10,625, far above its estimate of $2,000-3,000. 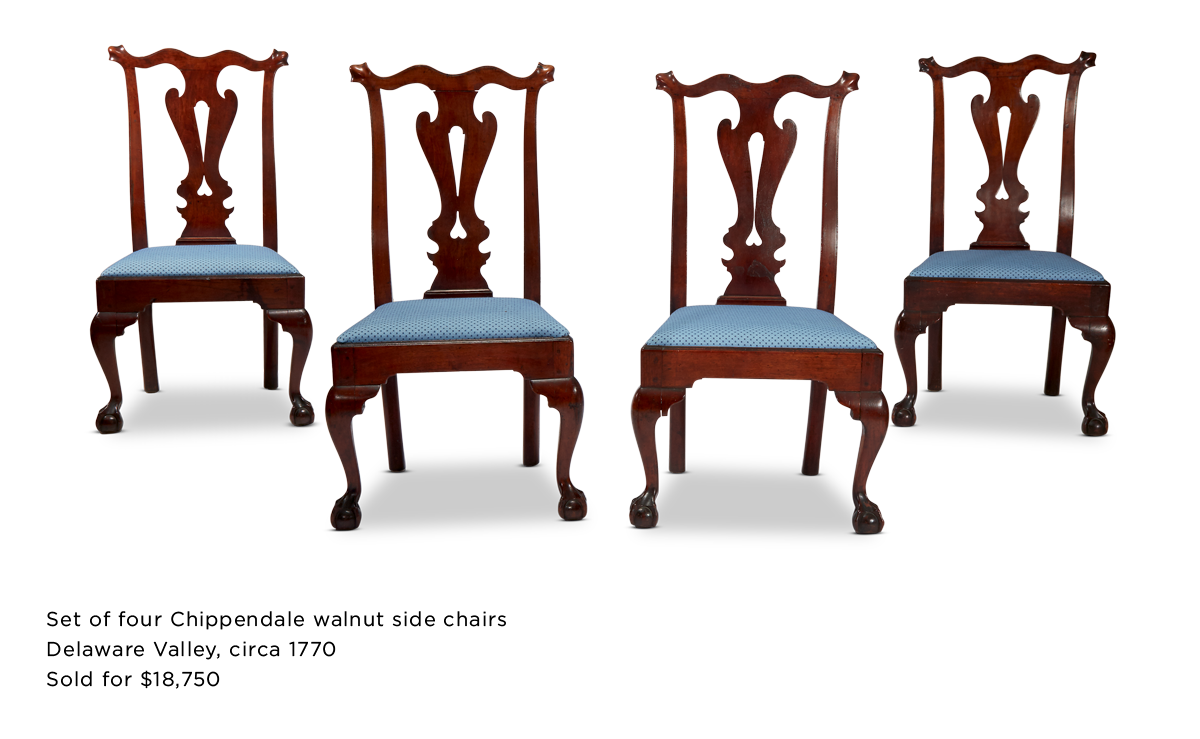 Freeman's Furniture, Folk & Decorative Arts Department holds two sales each year. They are currently inviting consignments for their next auction, to be held April 2019.