To be offered at Freeman's November 10

The collection of a prolific collector and expert on American flags

Freeman's upcoming November 10 American Furniture, Folk and Decorative Arts auction will fittingly open with selections from the American National Flag Collection of Jeffrey Kenneth Kohn, MD. The retired Pennsylvania psychiatrist has been a collector, dealer, lecturer, author, consultant, and appraiser of American Flags for over 35 years.

A born collector, South Philadelphia youngster Kohn loved stamps, fossils, and rocks. He later paid his way through college and medical school at Thomas Jefferson University by buying and reselling items in a co-owned Philadelphia shop. For many years, Kohn collected American illustration art, military uniforms and accoutrements, but in 1982, he shifted his attention to the study and collection of flags. He soon established himself as one of the country's foremost experts and dealers of the American National Flag, assessing authenticity, period of use, and value. 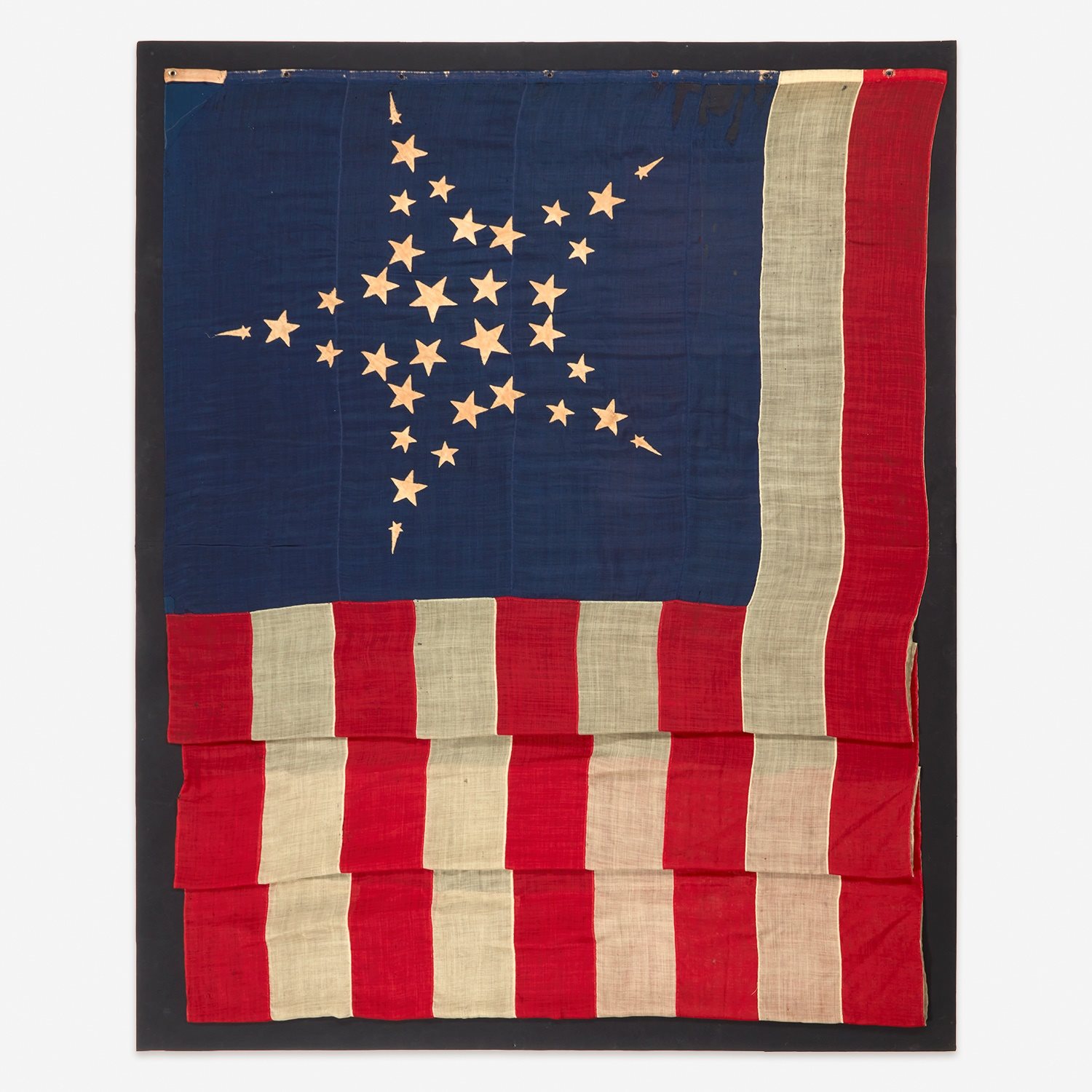 Kohn served for many years as the Historian for the Philadelphia Flag Day Association—the oldest Flag Day association in the country. He has written for antique journals and co-authored American Flags: Designs for a Young Nation (2003); lectured at historic institutions, corporations and events; has been interviewed by major news publications; and has guested on network talk and news programs. He has produced or co-produced Flag exhibitions for two National Republican Conventions; at antique shows in Atlantic City, Indianapolis, New York City, and Nashville; and at at number of Philadelphia corporations and institutions, including the Union League, Betsy Ross House Museum, and the Independence Seaport Museum.