Frenchman and American Art Specialist Raphaël Chatroux uses three works from our June 14 American Art & Pennsylvania Impressionists auction to demonstrate how their respective artists were influenced by their time spent in France. 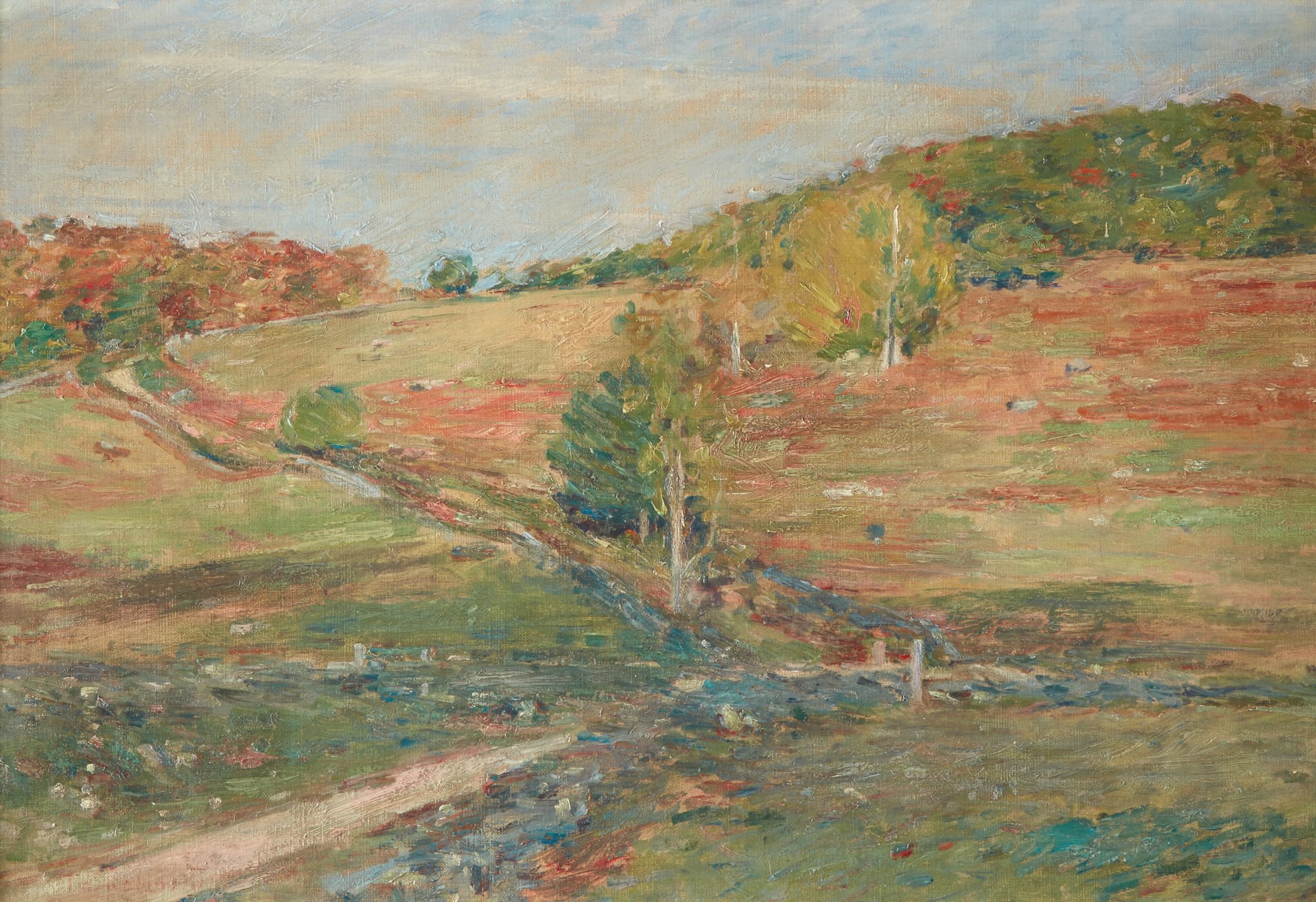 After spending almost ten years painting in France and learning from Impressionist master Claude Monet (1840-1926), Theodore Robinson returned to his native Vermont in 1895. For Robinson, Vermont was the perfect place to paint typically American pictures, and therefore adapt his Impressionistic skills to the grandeur and the vastness of the American landscape. After many futile attempts, he finally found an isolated hillside with an open view, as exemplified in the present work, where he could translate onto canvas what he had learned in France: "It is fine in color and not too green, a field in the foreground full of red, like a French grain-field." 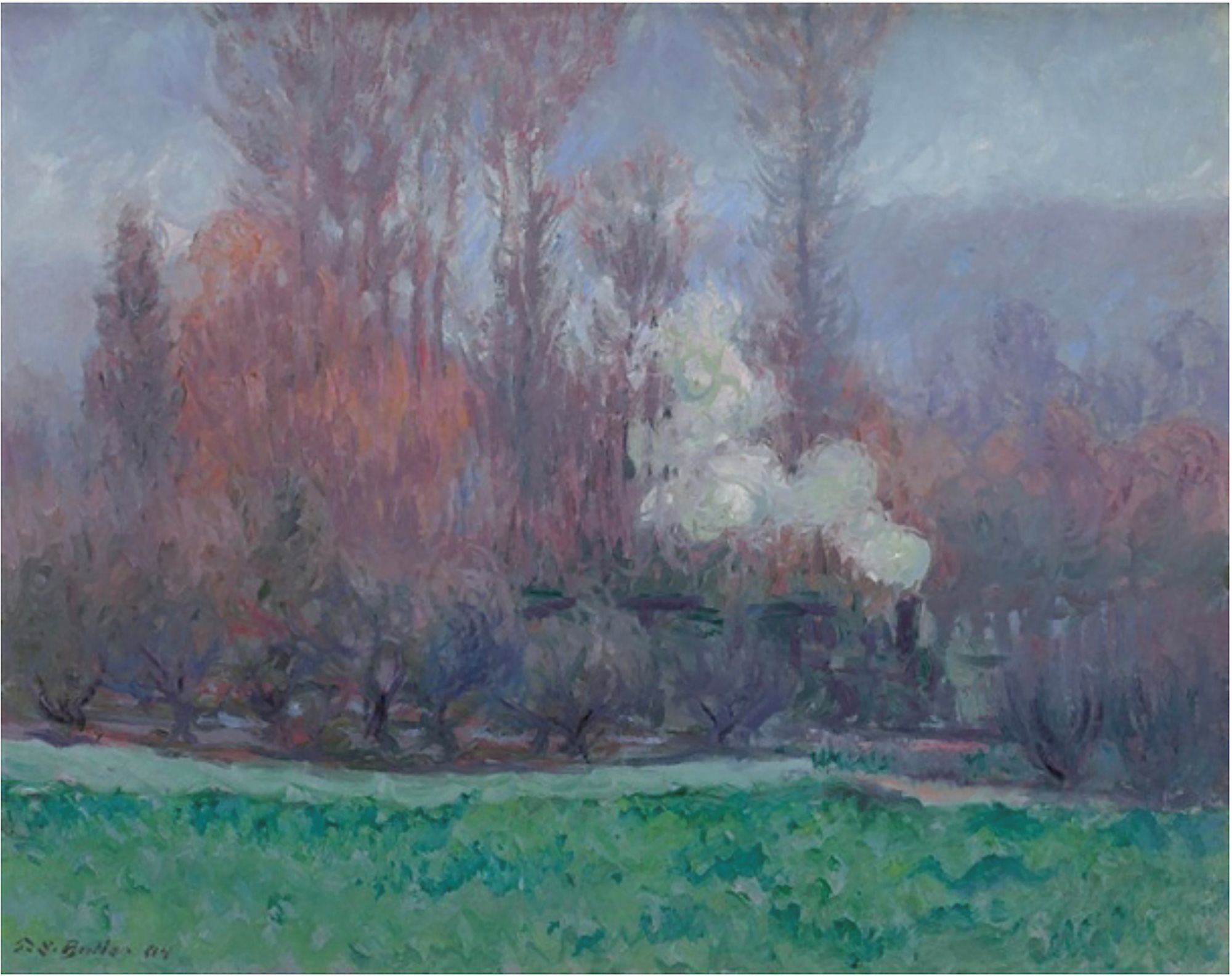 Theodore Earl Butler studied in France and eventually settled in the quiet village of Giverny in 1892, thus becoming an integral part of the art community. While there, Butler was increasingly influenced by Claude Monet (1840-1926), and learned how to capture the transient beauty and changing effects of light on the French countryside, Here, Butler further explores Monet's legacy by picking a modern theme the French master had already fully explored in his Gare Saint-Lazare series from 1877. Executed en plein-air, the work successfully captures the effects of both speed and blurriness created by the passage of the train. By choosing similar hues of brown, grey and purple, the train appears to morph into the landscape, mixing in with the surrounding trees, sky and smoke. 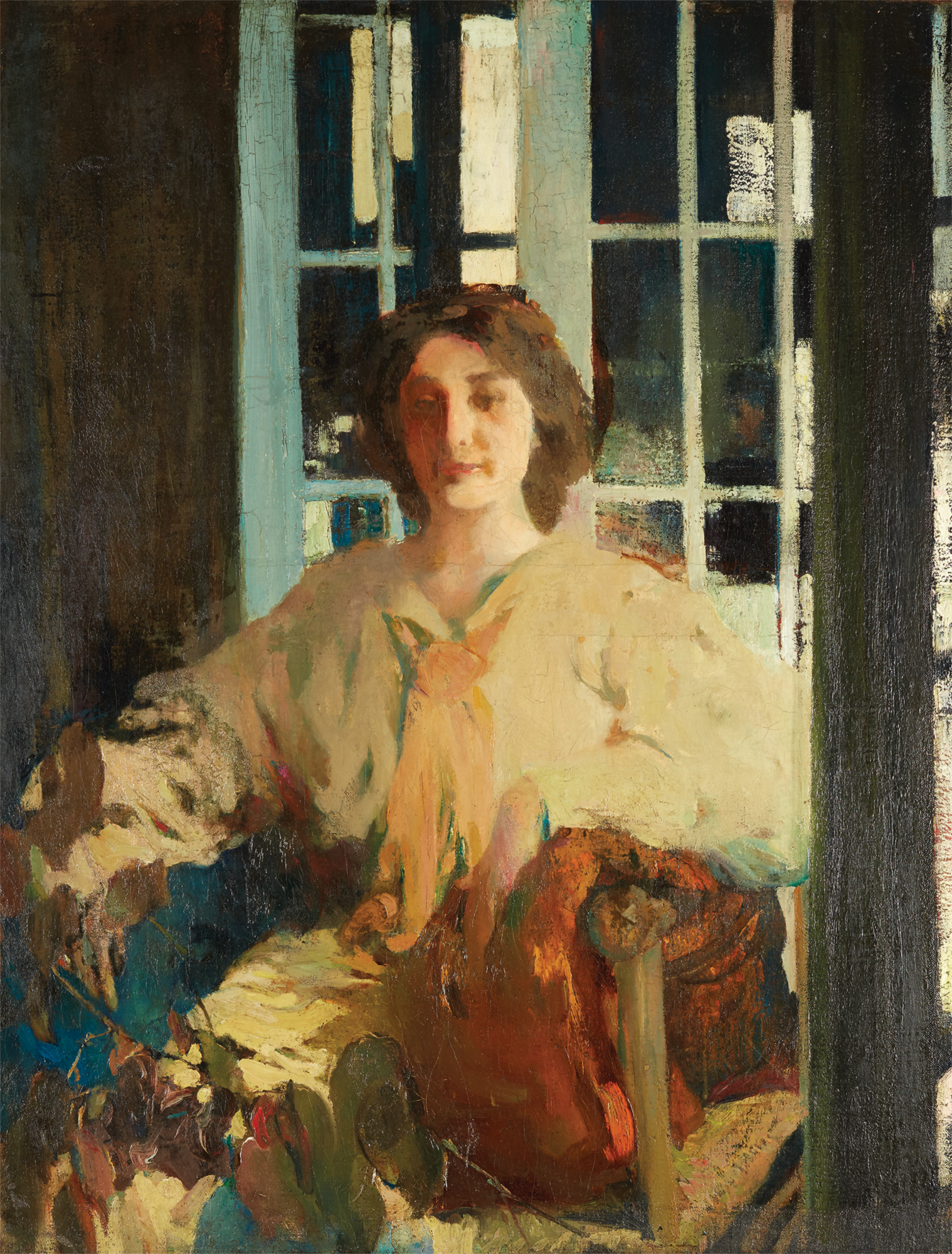 Arthur Carles first met Mercedes de Cordoba in 1904. However, it was not until several years later that the pair reconnected, during Carles' first trip to France in 1907. For Carles, Paris was a milestone in his artistic journey, a place of exploration, innovation and change. There, he befriended important figures of the French avant-garde including Gertrude Stein (1874-1946), and was introduced to modern art, specifically through the work of Paul Cézanne (1839-1906) and Henri Matisse (1869-1954). The present portrait was completed in 1908, and with its bold patterns, abstract shapes, and intense, slashing brushstrokes, the portrait showcases the artist's reverence toward the new mentors he met and admired in Paris, specifically Henri Matisse, whose bold application of -sometimes jarring- colors, made a deep impression on him.