While crate-digging is a time-honored tradition of music lovers everywhere, collecting opportunities for fans of particular artists go well beyond rare records. Freeman’s September 21 Books and Manuscripts auction features an excellent selection of alternative material from some of the 20th century’s most critically celebrated and commercially successful artists, offering collectors the opportunity to get to know their favorite artists even better. 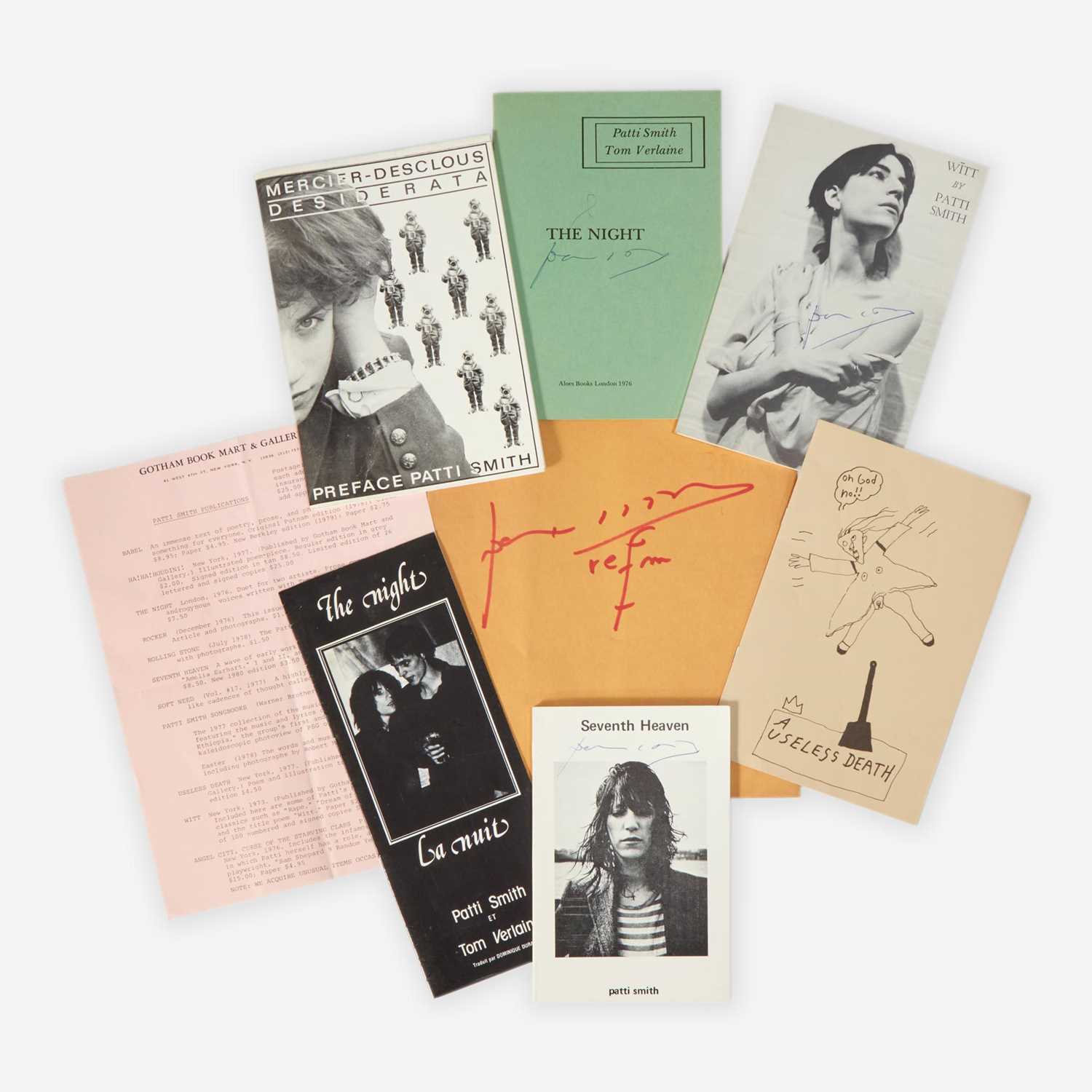 Patti Smith is perhaps best known for her decades-long career as a musician—including hits like 1978’s “Because the Night”—but her output of poems is just as wide-ranging. In fact, the two creative forms often dovetailed in Smith’s practice: a rare first edition of her poetry collection Kodak on offer in Books and Manuscripts (Lot 81; estimate: $1,500-2,500) features an early poetic version of “Redondo Beach,” a song from her 1975 debut album Horses.

For fans seeking an even deeper dive into Smith’s extensive poetry catalogue, a group of seven signed items (Lot 82; estimate: $800-1,200) includes several of the artist’s published works, from Seventh Heaven and A Useless Death to Desiderata and a Patti Smith Fan Club newsletter from the late 1970s. 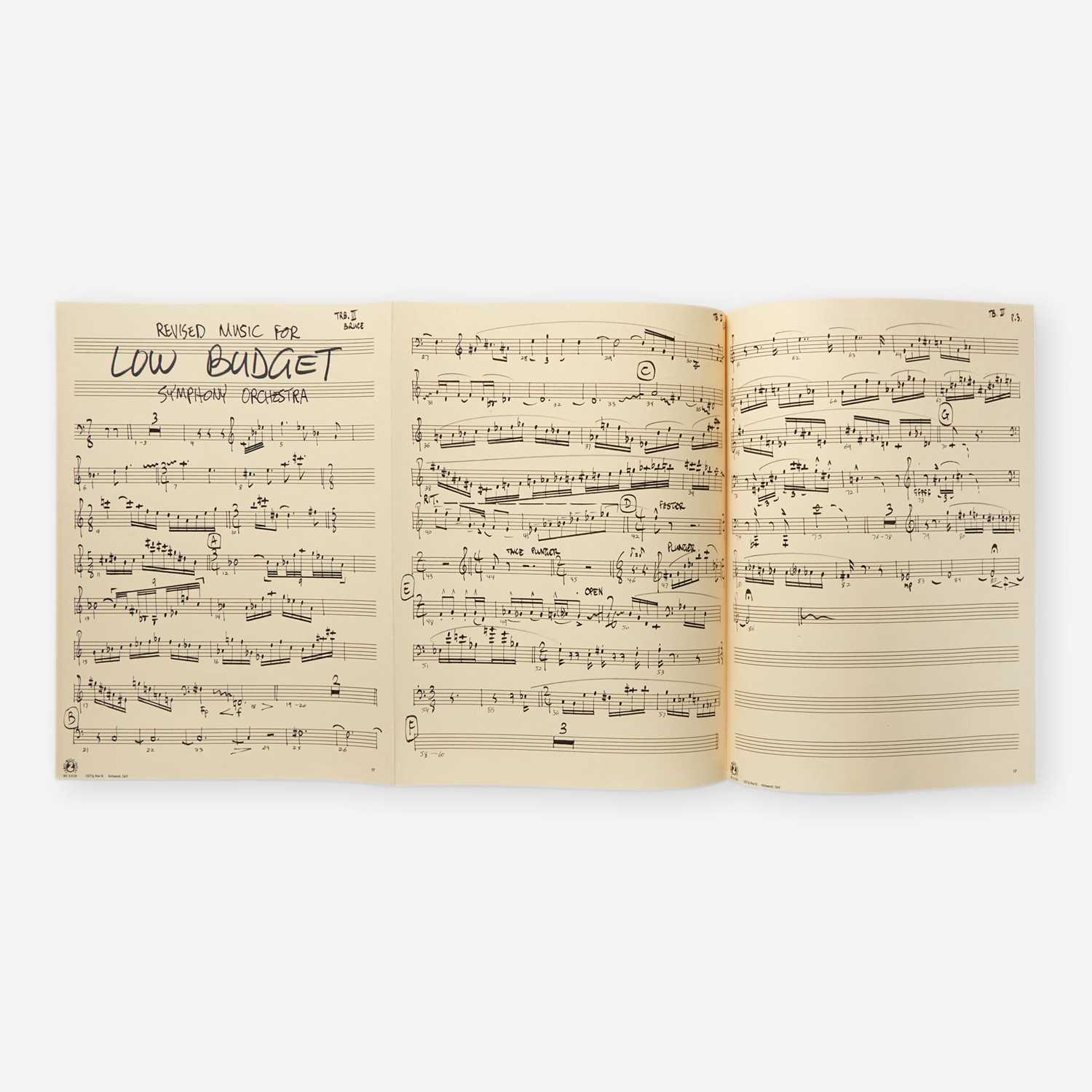 With a musical output that could be classified variously as rock, jazz, orchestral, pop, and musique concrete—to say nothing of his work as a visual artist and filmmaker—Frank Zappa was one of the most groundbreaking and difficult-to-classify musicians of the twentieth century. Zappa created solo work, but is also well-known for his artistic collaborations, including as the guitarist of the band The Mothers of Invention, active in the 1960s and '70s.

Not one for small gestures, Zappa enlisted a 20-piece orchestra for his 1972 jazz rock album The Grand Wazoo. A score from this tour—written entirely in Zappa’s hand, for use by trombonist Bruce Fowler—offers fans of the prolific musician a behind-the-scenes glimpse of Zappa’s process (Lot 83; estimate: $800-1,200). In Zappa’s own words, “This arrangement contains many difficult instrumental passages (some of which are not always played perfectly, but what the heck)…[including] the intricate theme of the last section which presents a few problems for everybody.” This unique piece of music history is essential collecting material for Zappa enthusiasts. 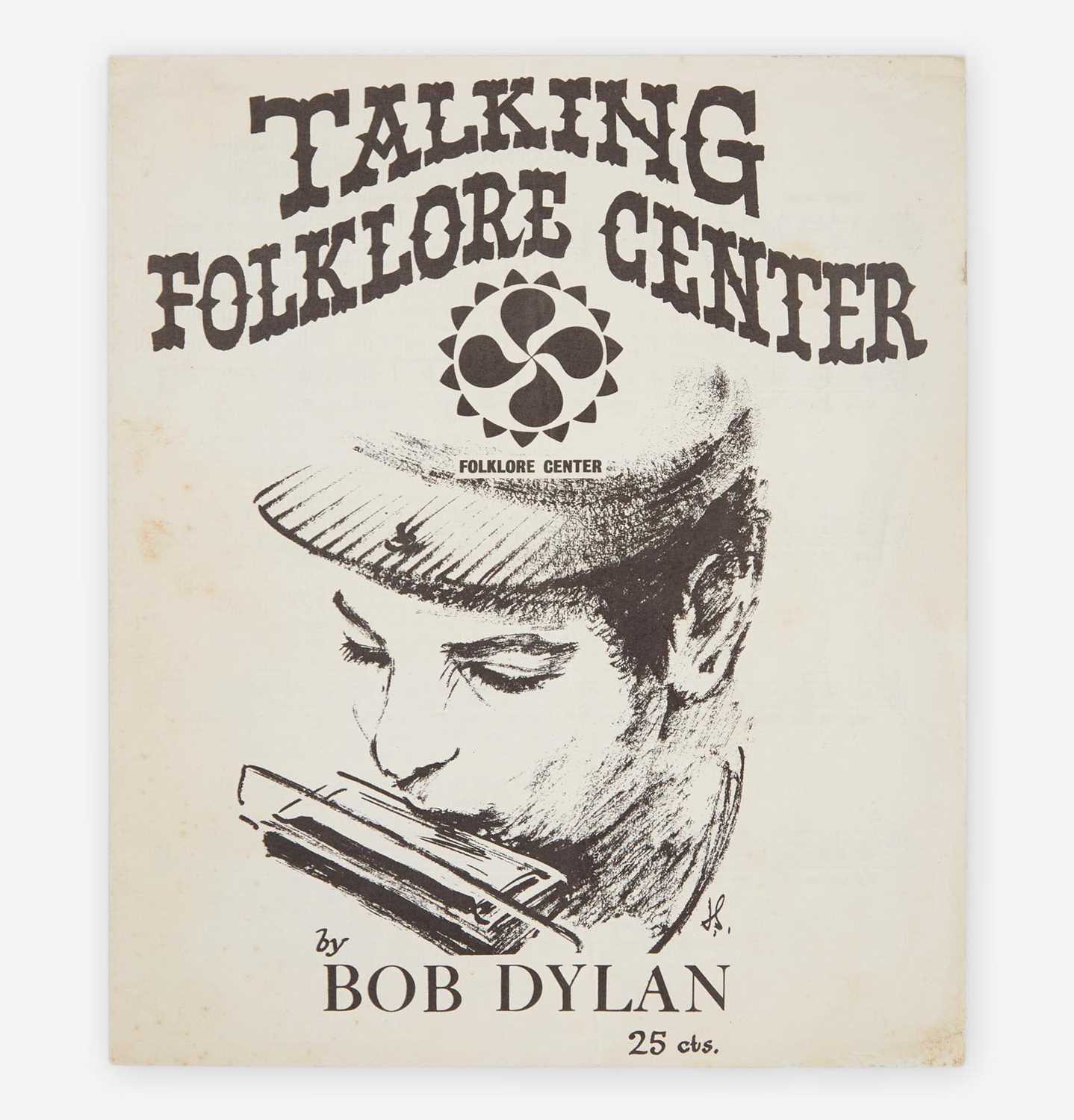 Of all the works of the incomparable Bob Dylan, arguably the most iconic—and most eternally relevant—is his 1964 “The Times They Are A-Changin.’” Later covered by artists as varied as Josephine Baker and Bruce Springsteen, the ballad gives voice to a universal sentiment about the ever-shifting nature of our sociopolitical situation.

A group of two rare and early Bob Dylan items on offer in Books and Manuscripts (Lot 78; estimate: $800-1,200) includes a rare copy of the Fall 1963 issue of Bennington College’s biannual literary journal, Silo, which features lyrics handwritten by Dylan of his yet-to-be-released song. Published under a slightly different title (“The Times They’re a Changin”), the work constitutes the first published appearance of the timeless track in any form—presenting a rare and meaningful opportunity for serious collectors of Dylan material. 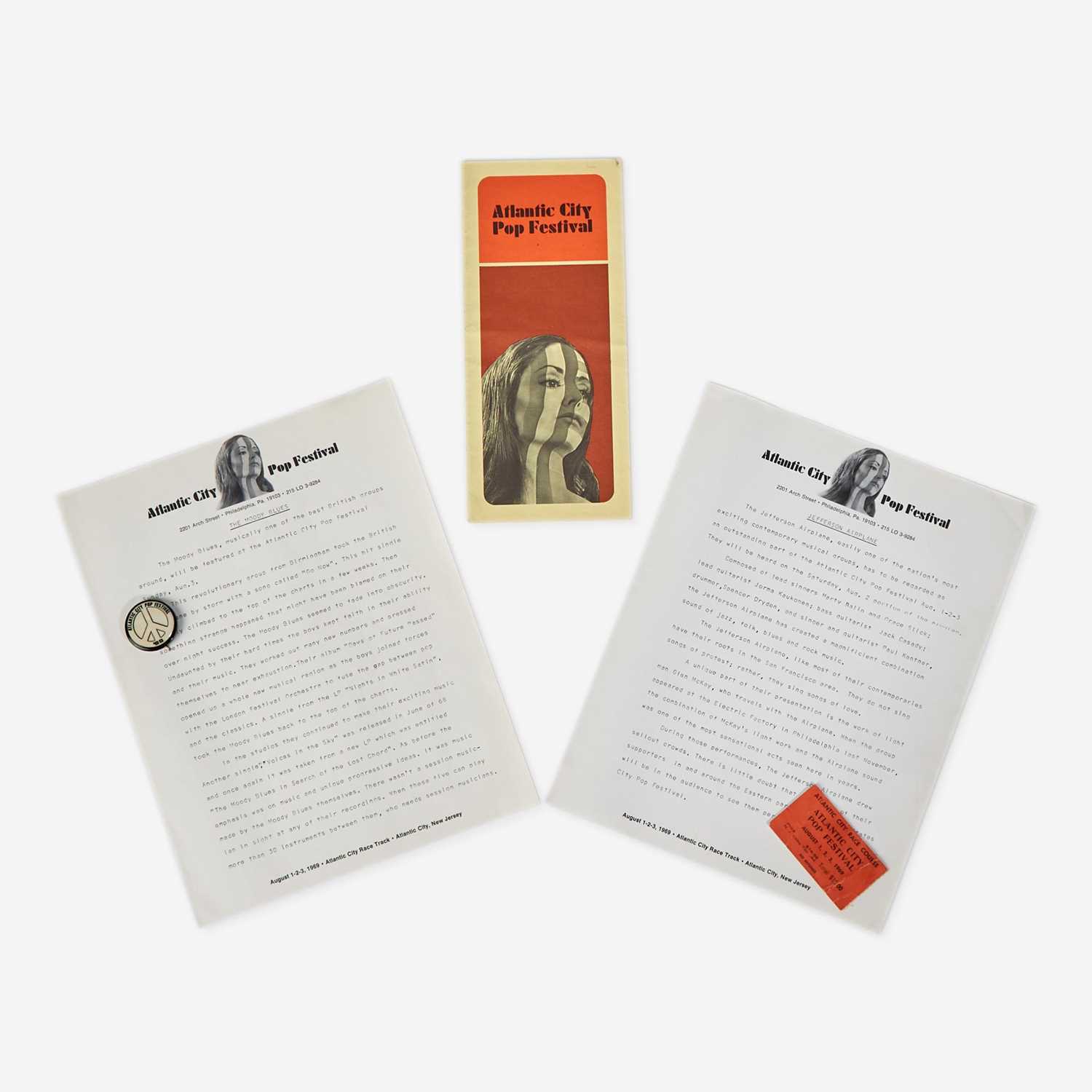 The 1969 Woodstock festival is renowned as a defining moment in the American 1960s counterculture movement, drawing hundreds of thousands of people to upstate New York to listen to the likes of Jimi Hendrix and the Grateful Dead. But just two weeks prior to the iconic festival, the Atlantic City Pop Festival drew an audience of over 100,000 to see some of the same acts—from Jefferson Airplane and Creedence Clearwater Revival to Joe Cocker and Santana, as well as other seminal acts, like B.B. King, Little Richard, and the Mothers of Invention.

Books and Manuscripts offers a mini-archive of the groundbreaking festival (Lot 77; estimate: $300-500), including two rare single-sheet press releases for Jefferson Airplane and The Moody Blues, one printed promotional brochure, one three-day entry festival ticket (at the going rate of $15 in 1969), and one celluloid festival pin. Though the Atlantic City Pop Festival was overshadowed by Woodstock later that month, the event was the sixth-largest music festival of the decade, and brought an era-defining roster of musicians to the Jersey Shore for one memorable weekend.

View the rest of our September 21 Books and Manuscripts auction.

Have something similar? Get in touch with Our Books and Manuscripts department to request a complimentary auction estimate.