A signature visual iconography through repeated exploration of particular forms and motifs.

Over the course of his long and prolific career, Jim Dine has developed a signature visual iconography through his repeated exploration of particular forms and motifs. He has returned time and again to favored subjects such as hearts, bathrobes, and the Venus de Milo, making them new again in each interpretation.

The subject of the Venus de Milo has been particularly fruitful for the artist. He first began sculpting his own interpretations of the famous statue in 1982, inspired by a small store-bought plaster replica of the ancient work. Reflecting upon this ancient muse in a 2012 catalogue for an exhibition at the Nassau County Museum of Art, the artist noted, "I have this need to connect with the past in my way, and also I'm devoted to the ideal of woman, as a figure of enchantment...When I went to the art supply store...and got a Venus de Milo figure...I was not responding to it as an object of Pop Art, or popular culture. I saw it is a timeless classical figure which held the memory of its magnificence...But then I knocked the head off of it and made it mine." 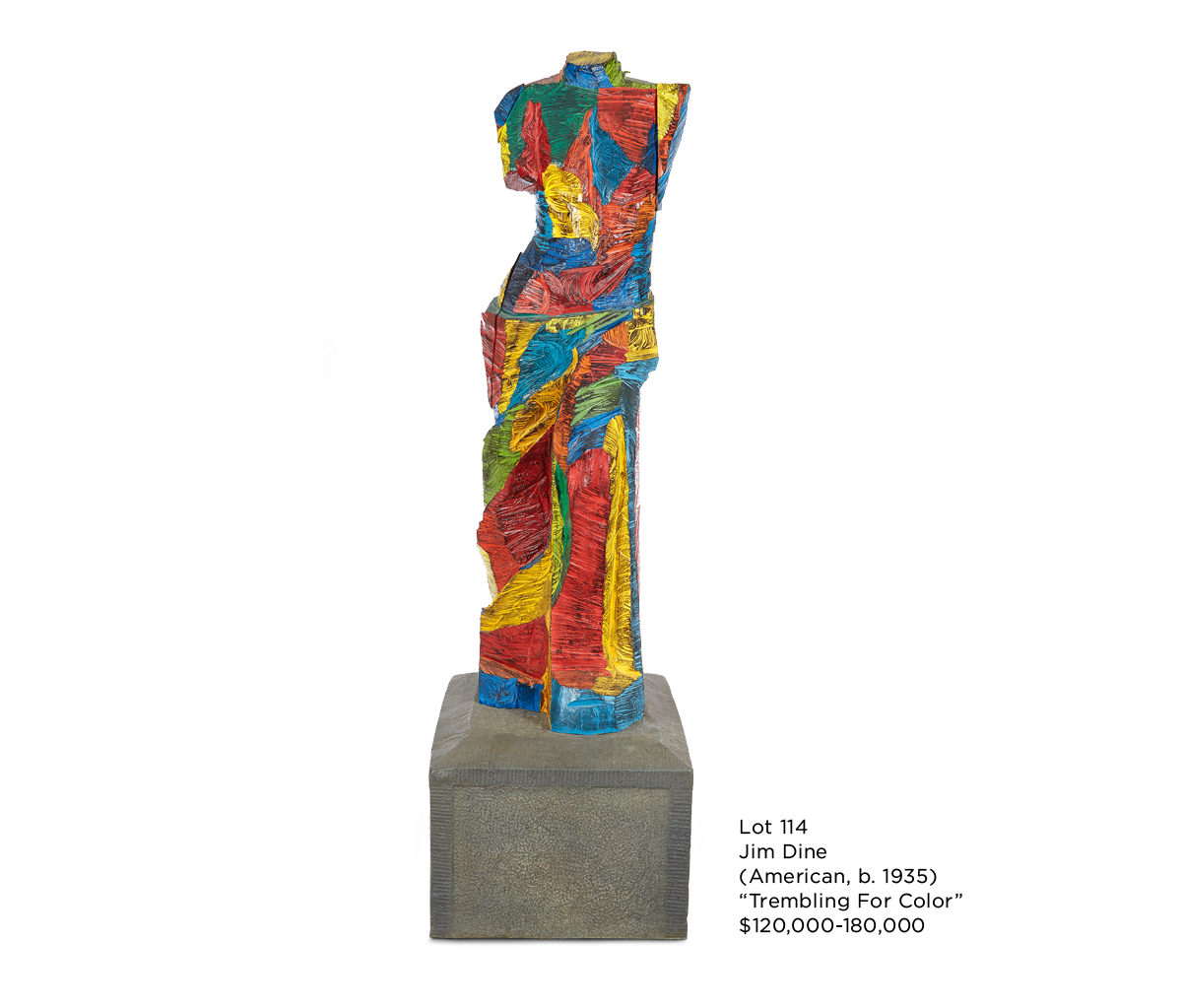 The present work, like all Dine's Venuses, is missing its head, thereby minimizing its attachment to any one person and allowing for broad and subjective interpretation. This lack of specificity also permits the artist to revisit the motif, all the while imbuing it with distinct stylistic features in each new iteration.

"Trembling for Color" is an exciting and dynamic example of Dine's vision of this ancient goddess and exhibits many of the hallmarks of the artist's oeuvre. The surface of the figure's body shows the mark of the artist's hand and displays a tactile physicality often seen in Dine's work of all media, but particularly effective in sculptural form. Also typical of Dine's work, the present sculpture is boldly and energetically colored. These features, along with its impressive scale, make "Trembling for Color" a captivating and keenly exciting example of the Venus subject so important within the artist's body of work.