Works by John Winters come to auction for the first time

Works by John Winters come to auction for the first time...

Update: On the June 16 inaugural auction of the Artist's Studio series, Freeman’s offered 26 fresh-to-market lots from the estate of Chicago and Philadelphia artist John Winters (1904-1983). The auction served as the artist’s debut on the secondary market, and the Collection of paintings, prints and works on paper nearly tripled its total pre-sale high estimate, achieving a 100% sell-through rate.

Documented artist 's studio sales conducted by auction houses date back to the late 18th century. Such sales were integral to creating markets for contemporary artists at a time when Old Masters were favored. Today, Freeman 's continues this long-standing tradition of carving a market space for some of today 's artistic talents with the introduction of The Artist 's Studio sale.

THE DILEMMA OF DISBURSING THE ARTIST'S ESTATE

The driving motivation of most artists is to create a body of work, rather than focus on the administrative aspects of preserving their legacy such as record keeping or estate planning. This means that during their lifetime, little thought is given as to where their life's work will end up.

Additionally, many artists work in relative seclusion and lack an agent or gallery to continue to protect and promote their legacy once they have gone. Their next of kin, therefore, are oftentimes left with the weighty responsibility of what to do with their family member's lifetime body of work.

With The Artist's Studio sale, Freeman's goal is to create awareness of hitherto unrecognized but talented, skillful and professional fine artists - burnish their reputations, introduce their art to new collectors and help further develop the market for their work.

Ultimately, we wish to get artwork out of studios and storage spaces and onto the walls of homes and galleries where it can be appreciated and enjoyed. We believe that in doing so, we are honoring the memory of those who have worked so hard throughout their lives in the pursuit of their artistic passion.

As America's oldest auction house, such sales have considerable resonance for us as we are very cognizant that artists are the lifeblood of our business. Freeman's is, therefore, honored to present our inaugural The Artist's Studio sale on June 16, which will feature the artwork of John Winters. 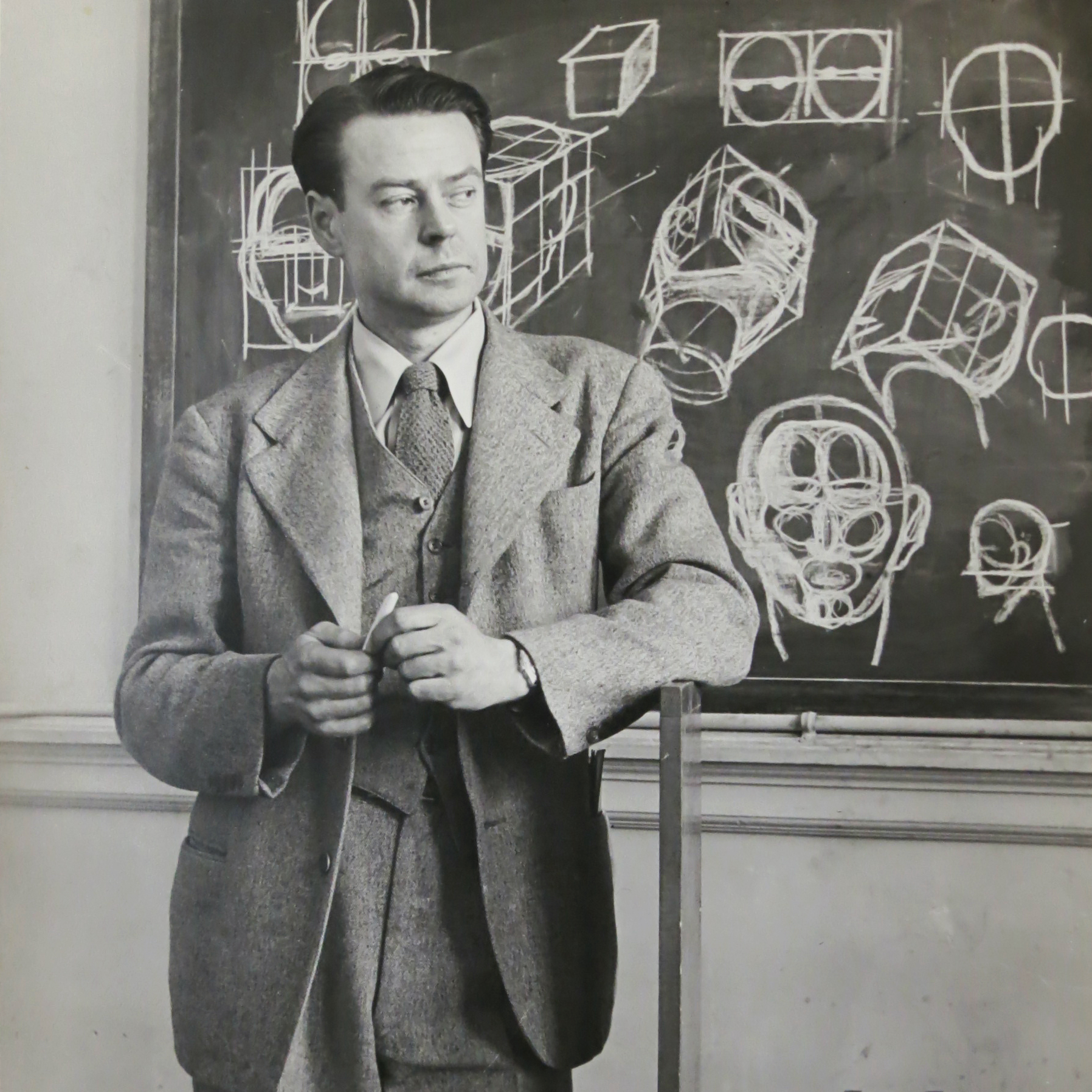 A Nebraska native, John Richard Winters (1904-1983) was an integral part of the Chicago art scene of the 1930s and 40s. Though he established himself primarily as a studio painter, he was an extremely prolific and diverse artist: he worked as a newspaper photographer, served as an administrator for WPA Illinois Art Project and executed countless murals such as "Lincoln at New Salem" in the Petersburg, Illinois post office.

After teaching art and design briefly at the Layton School of Art in Milwaukee and Kansas State University, Winters moved east with his growing family and in 1948, he began a long career as chief artist/designer in the Display department of the renowned Wanamaker's in Philadelphia.

Until his retirement in 1973, Winters was extremely involved in the development of the arts community in Philadelphia and its suburbs, and exhibited extensively at notable institutions such as the Corcoran Gallery in Washington, D.C., the Denver Art Museum in Colorado, and the Art Institute of Chicago. His paintings remain in many private collections across the United States. 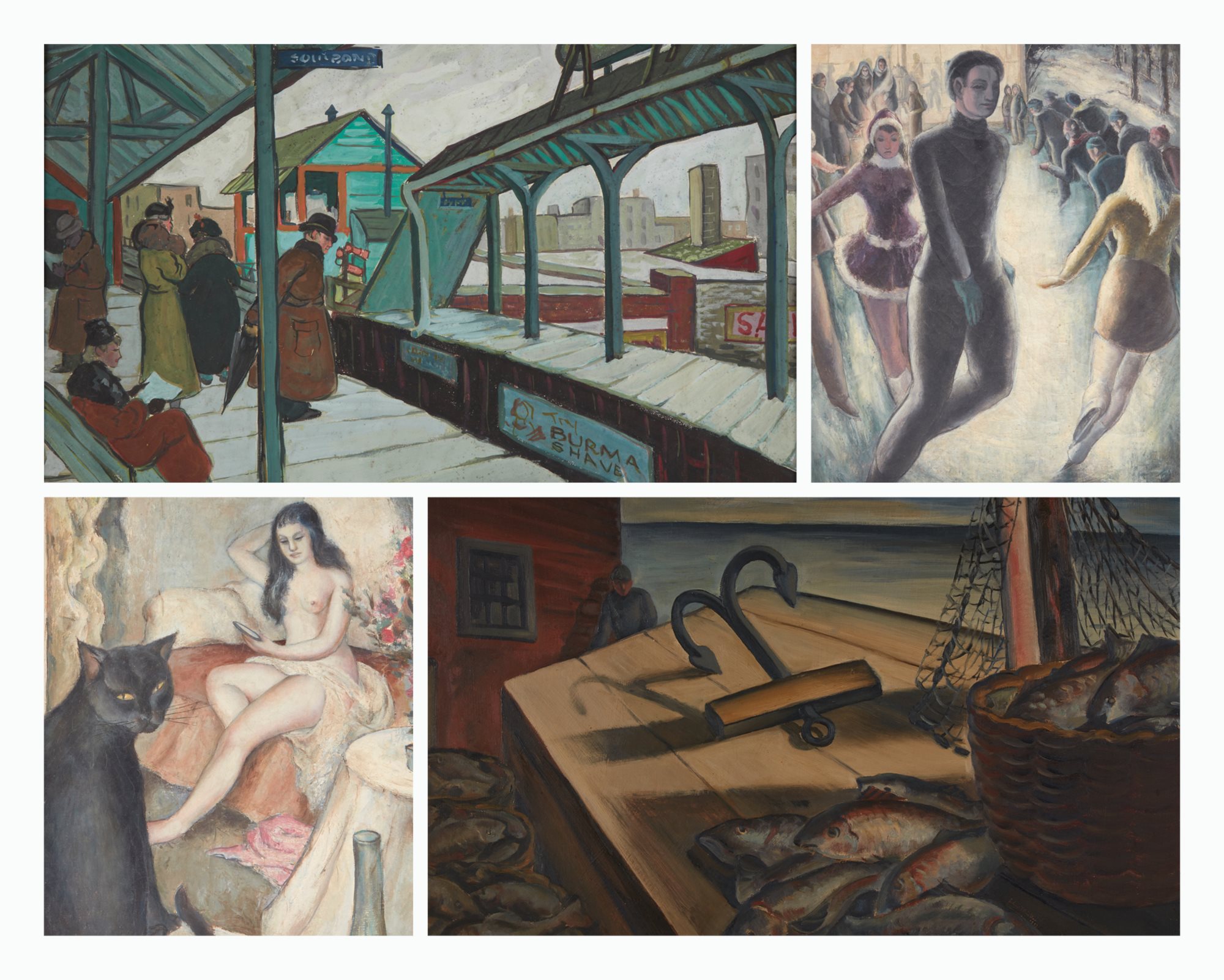 "Art for art's sake" is the phrase Diane Winters invoked when asked to describe the inspiration behind her father's work:

"In my father's case I think it had to do with personal expression. He admired the work of other artists at different times in his life, and was influenced by them, I'm sure, but still made his work his own. His personal expression seemed to result in a certain mood in his work that I can't really put into words very well, of a pensive, somewhat remote, observer of life, as opposed to being actively in the thick of things. In person, socially, he did have that quality of observer."

A newcomer to the secondary market, Freeman's is pleased to assist in John Winters' long-overdue and anticipated auction debut.