A fine example of a Rouen Book of Hours

A fine example of a Rouen Book of Hours comes to auction...

A fine example of a Rouen Book of Hours with important royal provenance. The city of Rouen was a major center of manuscript production in late fifteenth-century France and is known especially for its Books of Hours. These prayerbooks for the laity were produced in large numbers by commercial workshops for sale to individuals. Although the basic contents were more or less standard, as seen for example in this manuscript, the books could be customized by inserting the names of favored saints, choosing the liturgical use of the offices, and making a personal selection of prayers. The present manuscript was not only made in Rouen but was made for Rouen. The use of the Hours of the Virgin is use of Rouen, and saints venerated in Rouen figure prominently in the calendar and litany. It may well have been made for the laywoman shown kneeling with the Virgin and child on f. 76v. 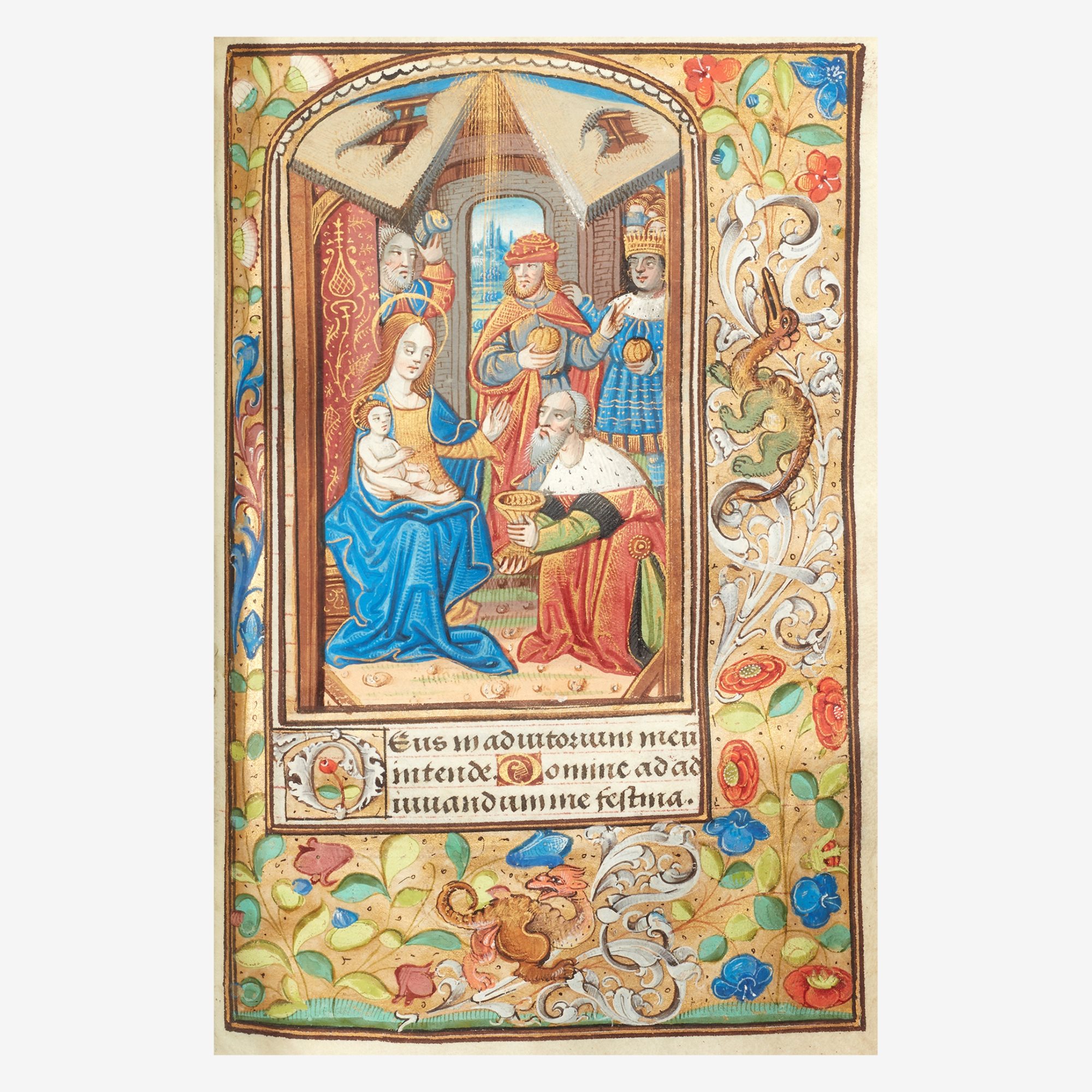 The manuscript offers an outstanding example of the style of illumination attributed to the workshop of the Master of the Echevinage of Rouen, one of the most prolific workshops of the later fifteenth century. Books of Hours were usually illustrated with multiple miniatures, as many as the patron could afford. Here the Hours of the Virgin are accompanied by the usual sequence depicting Christ’s infancy and ending with the coronation of the Virgin, but the present manuscript is unusual in pairing the Annunciation, the usual introduction to Matins, with a rather larger miniature of Adam and Eve being tempted by the serpent – type and antitype – and the two images appear opposite a depiction of the Tree of Jesse, symbolizing Christ’s Old Testament ancestry. The choice of David and Uriah, rather than David in prayer or David and Bathsheba, for the penitential psalms, and of the Last Judgement for the Office of the Dead, are also unusual.

The outstanding quality of this manuscript is undoubtedly what led it to be selected in the nineteenth century as a gift for the French king, Charles X. After the defeat of Napoleon in 1814, France returned to government by monarchy. A younger brother to Louis XVI, who was executed under the French Revolution, Charles succeeded to the throne in 1824, when he immediately began to assert the conservative, not to say reactionary, policies that led to the July Revolution of 1830 that deposed him. Although it is not known who the donors of this manuscript may have been, it was undoubtedly intended as a tribute to Charles’s reputation as an ultra-royalist and strong supporter of the prerogatives of the Catholic Church.