Featured in the European Lifestyle Auction...

Freeman's is pleased to present a selection of Chinese export porcelain in our February 25 European Lifestyle Auction. 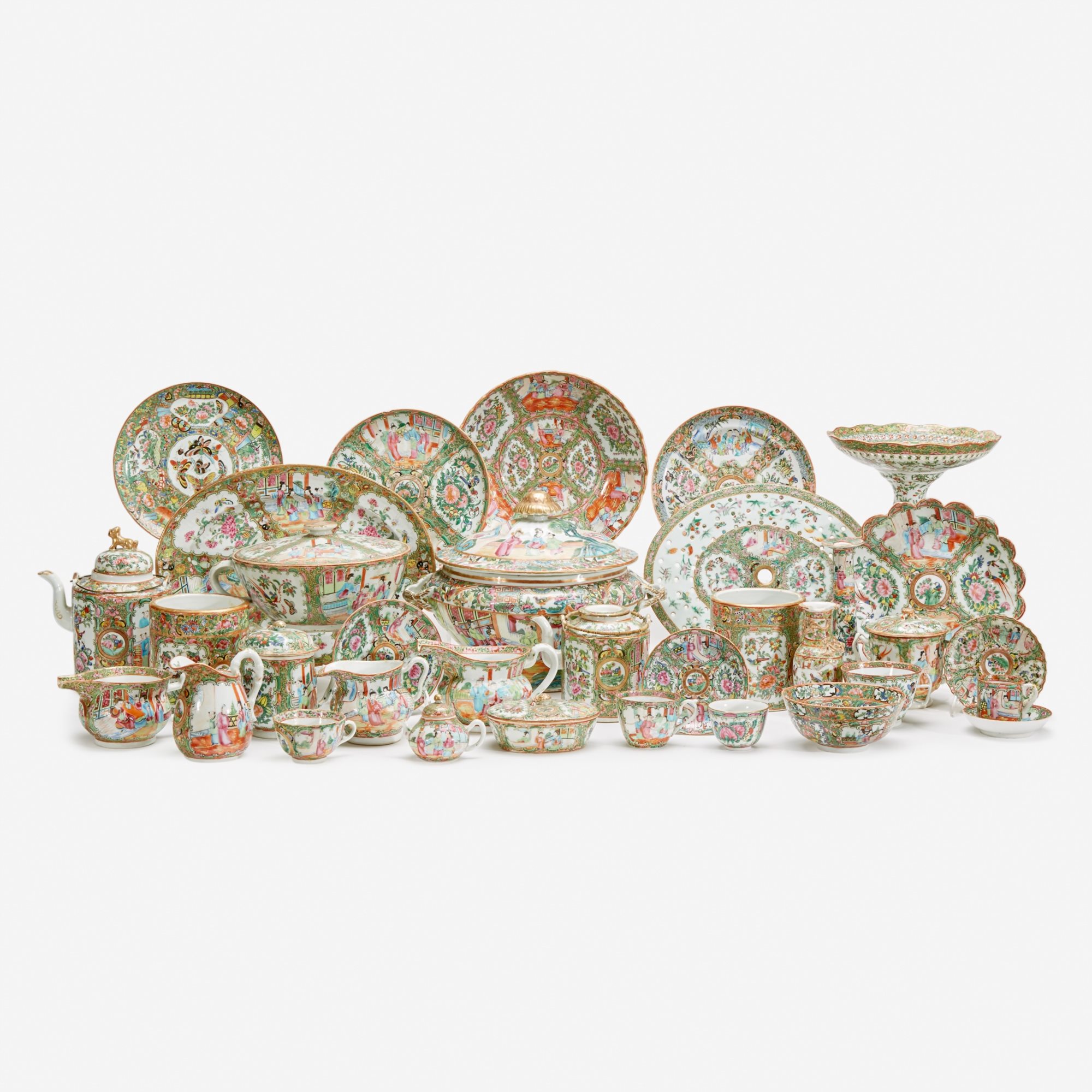 The long and treasured history of Chinese porcelain, dating back to the Tang Dynasty (618-907) became amplified in the hands of Westerners who first came into contact with Chinese porcelain during the Middle Ages. Through the China Trade and so-called Silk Road, Chinese export porcelain found increased favor in the wealthy homes of Europeans beginning in the 16th century and later, with Americans in the 18th and 19th centuries. The ware's glass-white, resonant, and impervious ceramic body with finely-painted (and often exotic) decoration introduced Westerners to Asia and its booming porcelain industry. The popularity of Chinese porcelain shaped Westerners’ perception of China and influenced customs of dining, drinking, and home decoration.

Jingdezhen, in northeastern Jiangxi province, has been the largest center of Chinese export porcelain production from the 14th century to the present day. Western trading ships and “supercargoes” transmitted large orders for Chinese porcelains, among other trade goods from Chinese agents. From the 1750s onward, Canton (Guangzhou) was the sole port through which trade was enacted.

The famed Chinese blue-and-white porcelain, using imported cobalt to create the underglaze blue decoration, was first developed in the 14th century and was a popular form of decoration on dishes, vases, and tankards, particularly in Europe in the 17th century.

In the late 17th century, overglaze-painted enamel decoration was introduced in a variety of color-schemes or “palettes” that changed as consumer taste and export markets evolved. Imari-type wares, influenced by Japanese ceramics and decorated in blue, red and gold, were favored from about 1675 to 1750. Famille verte decoration with translucent green, yellow and red painting found popularity from about 1680 to 1730. Famille rose wares, decorated with pink, translucent yellow, green and blue enjoyed wide appeal from about 1725 to 1855. 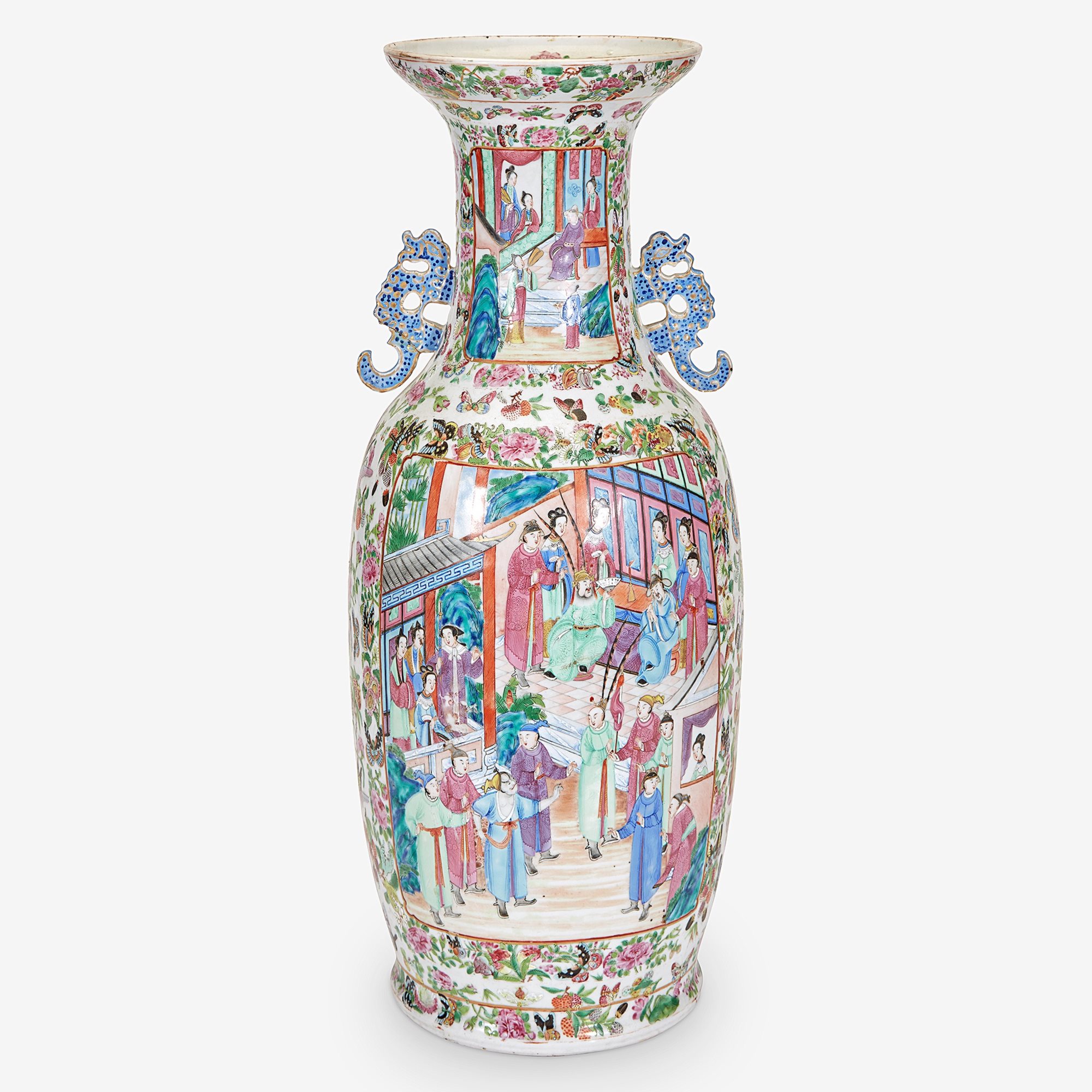 During the 18th century, Europe imported more than 60 million porcelain wares from China. Western agents made requests to Chinese merchants, who translated and instructed production of wares for every imaginable form. Vessels for tea, coffee, chocolate and punch consumption were among the most widely favored.

Custom decoration and personalized armorial family crests were added by special decorators in Canton beginning in the 1750s. Americans first entered into direct trade with China in 1784, shortly following independence.

By the first quarter of the 19th century, Europe had begun to eclipse China as European-made porcelains became cheaper, fashionable, and more widely-available. A taste for Chinese porcelain nonetheless persisted. Popular during the middle and late 19th century were new types of decoration including Canton wares in underglaze blue, as well as Rose Mandarin and Rose Medallion wares painted in polychrome enamels and embellished with gilt decoration.