Freeman's is excited to present an Ottoman Repoussé Silver and Silver-Gilt Wine Bowl in our February 25 European Lifestyle Auction.

Historically the Balkan region was a region rich with silver mines and, correspondingly, has a strong tradition in metalworking. Beginning in the fourteenth century, the distinct form of a hanap, or wine bowl with a shallow circular form, became a prominent luxury item for both secular and ecclesiastical settings. Very fine wine bowls are exemplars of Balkan silver craftsmanship. Their designs and subjects varied greatly and could reveal the strong regional design sensibilities of Serbia, Bosnia, and Ragusa, or employ a confluence of more global styles and influences, including Western European, North African, and Near Eastern aesthetics. These diverse sources reveal the cultural exchanges that occurred in Southeast Europe during the medieval and early modern periods. 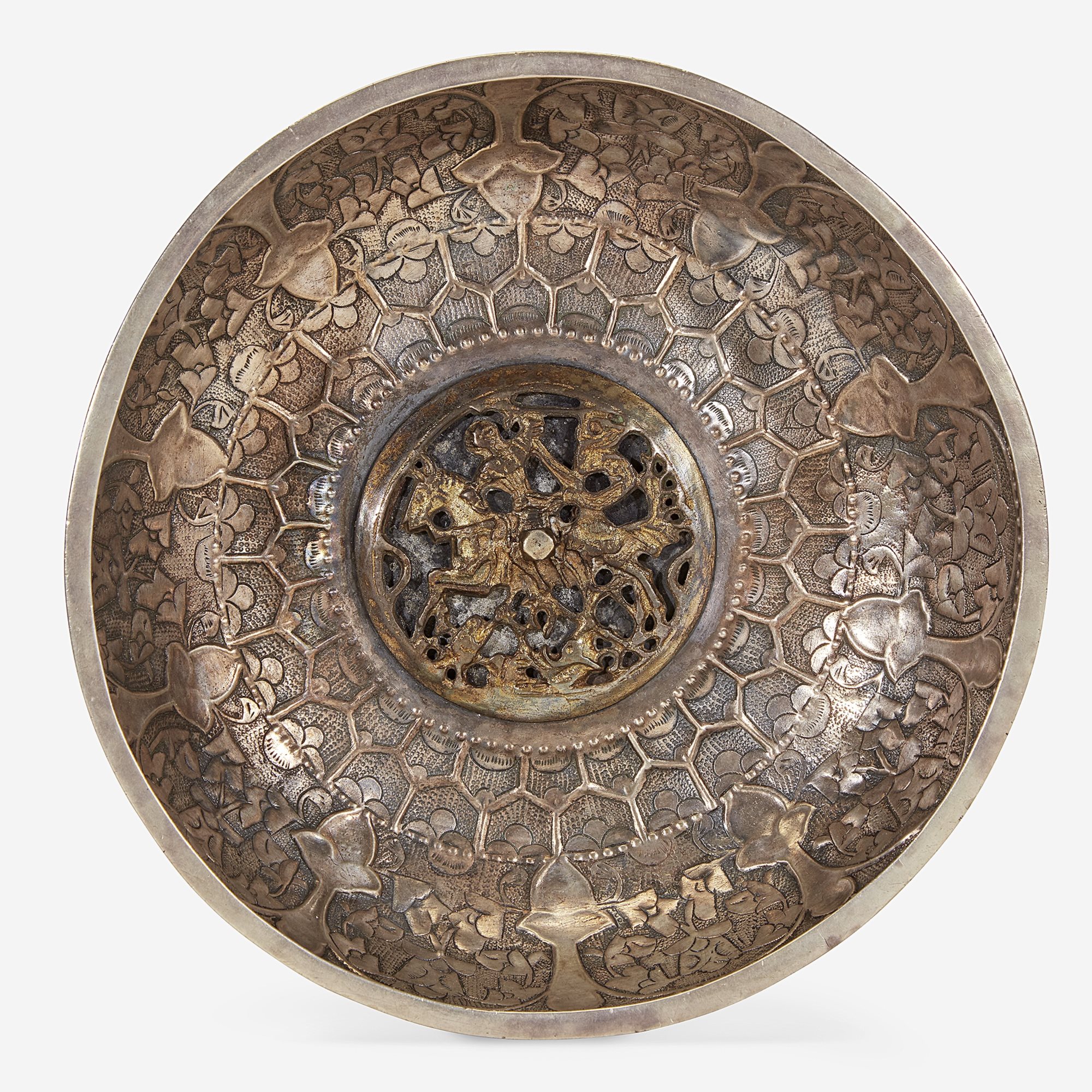 Featured in the upcoming European Lifestyle sale is a carefully wrought silver and silver-gilt wine bowl from the Balkans, probably from Serbia. This example was produced during the sixteenth century, when the Balkans were under Ottoman rule and it was the empire’s primary source of silver. This silver vessel features repoussé, chased, and engraved details. The interior of the bowl features frieze of an arched arcade above foliate motifs, which recall Persian designs. At the center is a pierced silver-gilt roundel depicting the popular legend of Saint George and the dragon, specifically the climax of the tale in which the armored saint is astride his horse, raising his sword to defeat the snake-like beast.

Exceptional examples in recent decades have performed well at auction, and an extensive collection of silver bowls is housed in the Museum of Applied Art, Belgrade.