What happens if you think a painting sold for too little at auction?
That 's what Belinda Neumann-Donnelly believed when she sued her father, Hubert Neumann. She said that he drove down the price of Jean-Michel Basquiat 's “Flesh and Spirit,” which sold for $30.7 million at auction last May.
Belinda, representing her mother 's estate, claimed that the artwork could have yielded a higher price but for her father 's interference. To that end, Hubert Neumann sued the auction house, Sotheby 's, to block the sale. Belinda contended that this frightened potential buyers, which depressed the price of the artwork.

Can a Beneficiary of Jean-Michel Basquiat's "Flesh and Spirit" Sue Because the Price was Driven Down?

In her complaint, Belinda called her father "the epitome of the child with rich parents who wakes up on third base and thinks he hit a triple." Her complaint states:

This action arises from a greedy, malevolent, fraudulent, bad-faith and (unfortunately) successful scheme to financially devastate the Estate and, indirectly, Belinda, by destroying the value of the Estate's most valuable asset -- Jean-Michel Basquiat's masterpiece, "Flesh and Spirit" -- in advance of a scheduled May 16, 2018 auction by Sotheby's, Inc. of the Basquiat.

In January, Belinda filed another lawsuit-this one against her father and her two sisters, Melissa and Kristina-in an attempt to force them to sell all the artwork held in trust, which had a value estimated to be more than $50 million. She wanted to see the family's entire collection liquidated, and argued that the "[continued joint ownership [of the family's artwork] is impossible."

She asked the New York Supreme Court in Manhattan to allow the works to be sold and the proceeds divided "in accordance with the parties' respective ownership interests." 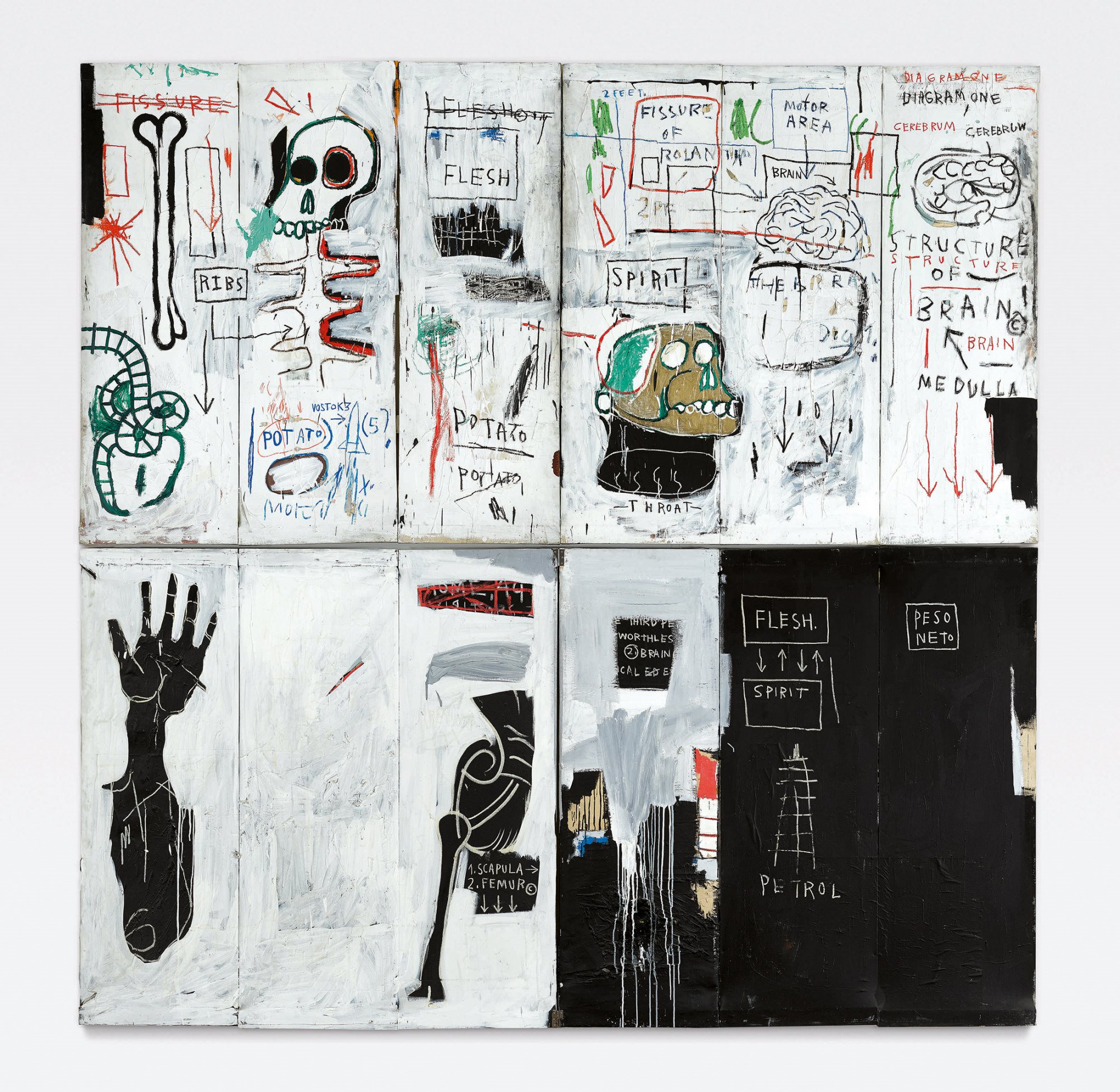 The story started when Belinda inherited the Basquiat painting at her mother Delores' death in 2016. When she went to sell it, her father tried to stop the sale in court, alleging that she'd applied undue pressure on her mother to sign over the rights to the work while she was receiving medical treatment.

Hubert Neumann's family compiled a world-class collection of 20th-century art. He wanted to block the sale of the 12-by-12-foot painting, arguing that the sale violated an agreement he had with Sotheby's that gave him the authority to approve "all matters" concerning the marketing of works from the "Family Collection." The court rejected Mr. Neumann's request to stop the sale, as Belinda showed that the Basquiat had been owned by Dolores Neumann alone.

Belinda's mother had been separated from her husband for the last 29 years of her life. In her lawsuit she alleges that her mother had been subject to years of repeated "emotional and physical abuse" by her father. Hubert denies that claim. Dolores Neumann's will explicitly expressed her wish to disinherit Mr. Neumann, her daughter's lawsuit said.

Hubert's lawsuit was unsuccessful, but when the Basquiat sold at auction, she turned around and sued him for $100 million-claiming that his legal action against her to stop the sale deterred potential buyers and greatly depressed the painting's value.

Most of the family's art was given to the three sisters by their uncle, Arthur J. Neumann, in a trust administered by their father. That collection, valued at more than a billion dollars, includes works by Pablo Picasso, Alexander Calder, Vanessa Beecroft, Bruce Conner, Jean Dubuffet, Keith Haring, Jeff Koons, Joan Miró, and Claes Oldenburg.

“But when artwork or other valuable assets are owned jointly...finding an equitable solution may be impossible.”

Belinda claimed that her mother had written her father out of the will and left the painting to her alone. But when artwork or other valuable assets are owned jointly-by sisters or an entire family, for example-finding an equitable solution may be impossible. In that case, selling the assets held jointly may be the only path. And accurate valuation is critical.

Belinda argued in her January court filing that owning the artworks with her father and sisters was no longer possible; as a result, they should be sold and the proceeds divided evenly. But while selling a piece of art and dividing the proceeds is fair in the court's eyes, it may not resolve the contentious feelings and anger when it concerns a family heirloom.

A family can avoid a major war like that of the Neumann's by having more open communication, along with accurate and reliable valuation.

Avoiding costly and destructive family fighting starts with a discussion of the estate plan. When art or other valuable collectibles is part of that estate, the next step is to partner with Freeman's.