Birthstones—that is, colored gemstones assigned to each month of the year—are said to date back as far as the Twelve Tribes of Israel, represented by 12 gemstones set in the breastplate of the High Priest Aaron. The 12 gemstones eventually became associated with the months of the year, as well as with the signs of the zodiac. Throughout the intervening centuries, traditional birthstones have changed, as have the customs surrounding them.

Amethyst is a purple, semi-precious gemstone variety of the mineral quartz, or rocky crystal. After feldspar, quartz is the most abundant mineral found in the Earth's crust. Ancient Greeks believed quartz was actually a form of ice, and used the word "kruos," meaning "icy cold," to describe it. The name amethyst also derives from the ancient Greek word "amethystos," meaning "not intoxicated." The Greeks and, later, the Romans, wore amethyst as a protection from the enthralling powers of Dionysus (Bacchus), the god of ritual madness, wine and winemaking, and drunkenness. 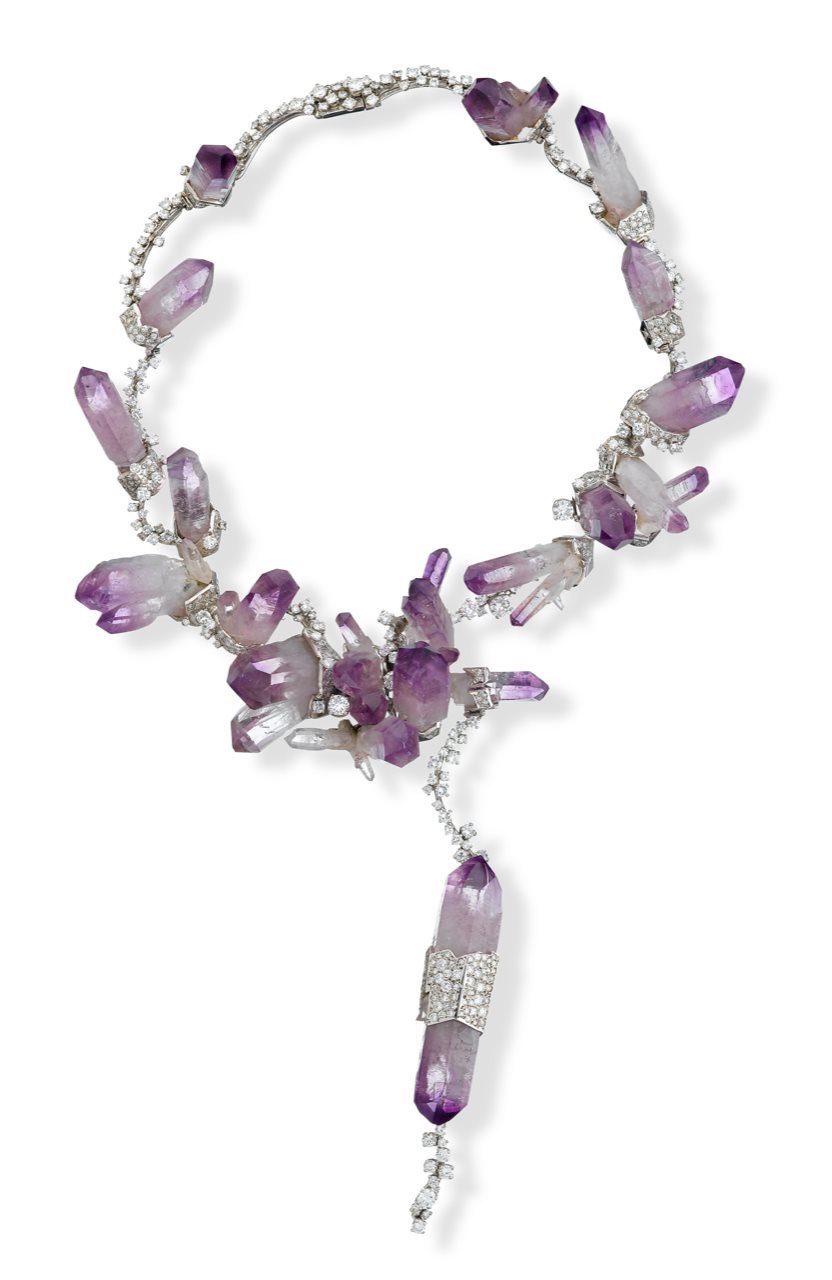 An amethyst, 15.00 carat diamond and platinum necklace, Jean Vendome abstract motif with rough amethyst crystals and set throughout with single and round brilliant-cut diamonds. Sold at Freeman's for $27,500

Iron impurities in quartz, combined with irradiation, gives amethyst its signature violet color, though the gemstones can range in color from pale pink to dark purple. The most ideal grade of amethyst has a purple hue of between 75-80%, and is known as "Deep Siberian." Paler shades of purple, bordering on lilac, are known as "Rose de France." Amethysts are found in North and South America, and even as far as Zambia and South Korea. In Tibet, prayer beads are made from amethyst. Leonardo da Vinci believed the gemstone helped rid the mind of evil thoughts and increase intelligence. Perhaps due to its association with the month of February, it is said that St. Valentine, the patron saint of romantic love, wore a ring with Cupid carved into an amethyst. 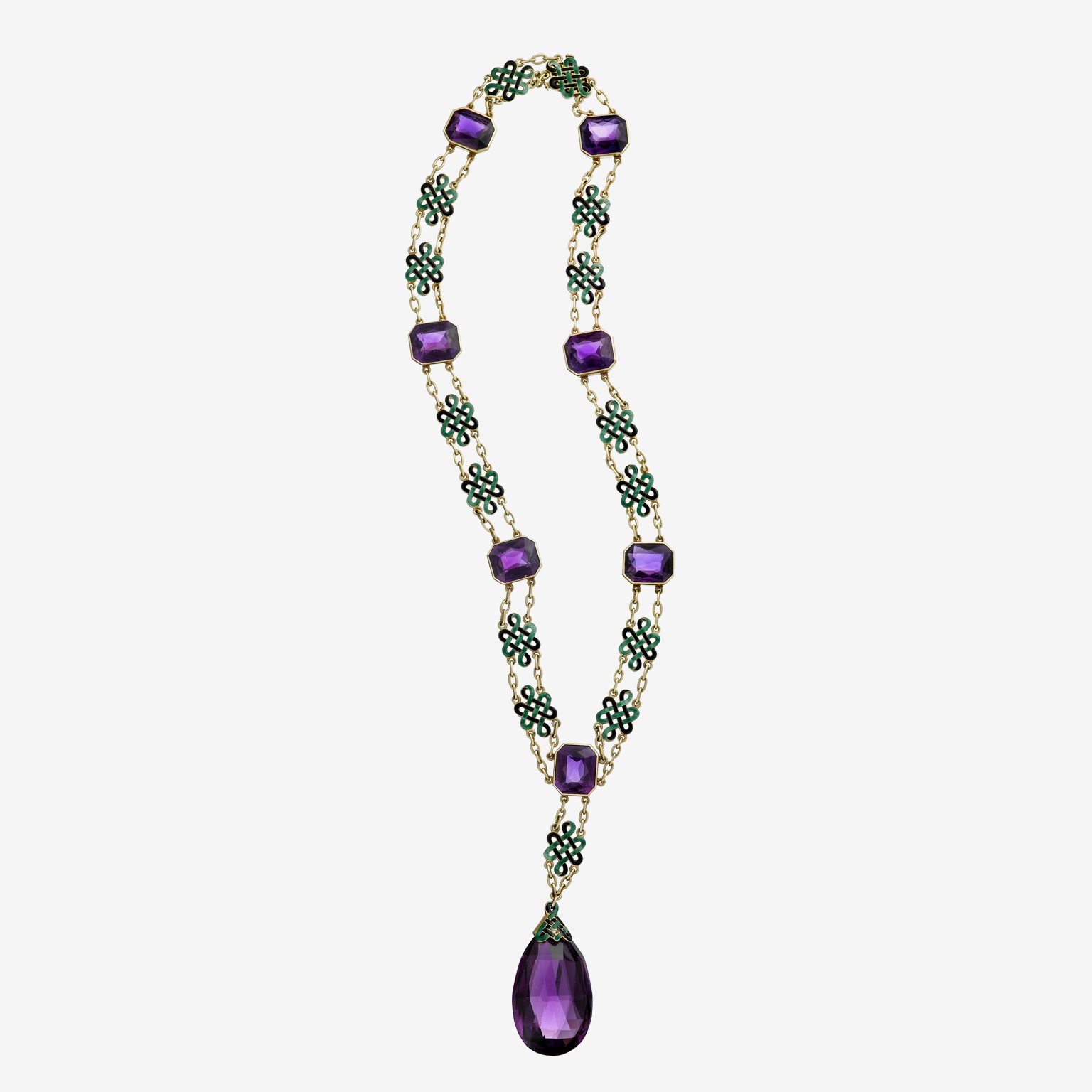 An Arts & Crafts amethyst, enamel and fourteen karat gold necklace set with rectangular-cut amethysts and a briolette-cut amethyst drop. Sold at Freeman's for $9,100

Amethyst has long been incorporated into jewelry, with the earliest example dating back to 2000 B.C. On the Mohs scale, amethysts clocks in at 7, making them durable and hardwearing for jewelry. The gemstone was originally one of the Cardinal Gems, five precious stones-including diamonds, rubies, sapphires, emeralds-considered scared and rare, and also extremely valuable. While large deposits in Brazil, for example, have stripped amethyst of its status as especially rare, the gemstone is still popular in jewelry, decoration-in its unpolished form-and holistic remedies.