When the final hammer fell on Tuesday's British & European Furniture, Decorative Arts & Paintings sale, 620 lots had passed through the auction block, with several hours of spirited bidding online, on the phones, and in the saleroom. The auction totaled more than $1.035 million, with an 83% sold by value. European, American, and Chinese silver enjoyed a 100% sell-through rate, as did a collection of nearly 30 polychromed Venetian figures, from the collection of a Virginia gentleman. 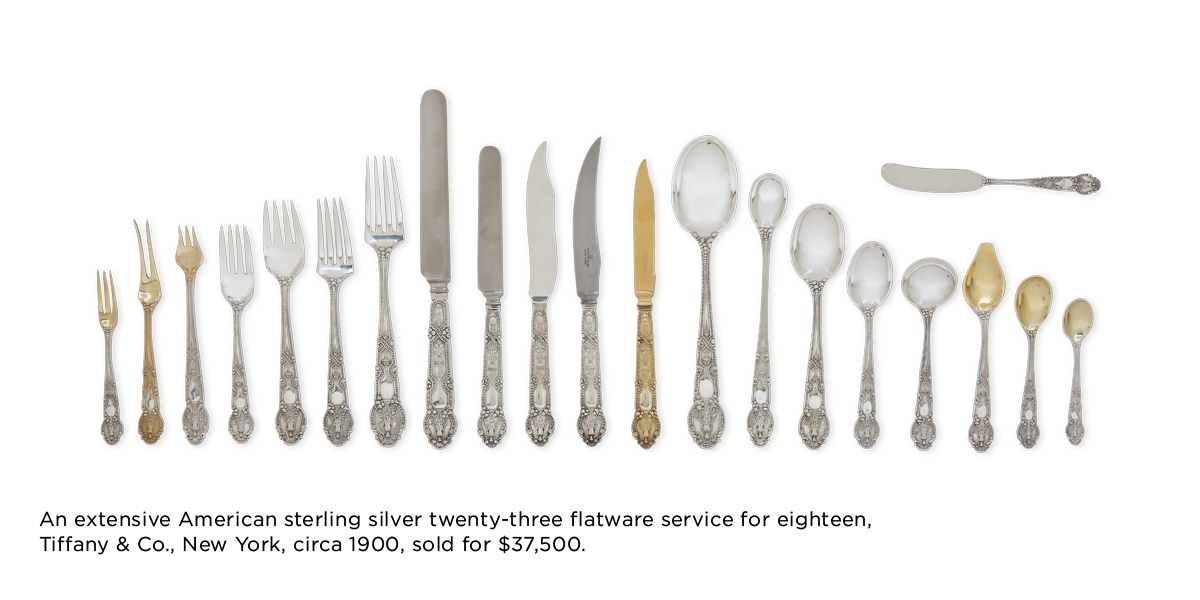 Highlights from the day's proceedings include Lot 43, a Soviet porcelain group titled "On Guard: Boy Directing Border Guards to Spies," from the Lomonosov State Porcelain Manufactory, Leningrad, 1937, which soared past its presale estimate of $3,000-6,000, eventually selling for $20,000. A palatial Italian Renaissance carved marble and walnut doorway came from the Virginia Museum of Fine Arts, which had deaccessioned the lot for the benefit of future acquisitions (Lot 263). The doorway featured impressive post and lintel form, the moulded lintel with egg-and-dart borders centered by a pair of putti presenting a coat of arms, with the lintel supported by a pair of stop-fluted Corinthian columns. The lot sold for $21,250, far exceeding a presale estimate of $6,000-8,000. 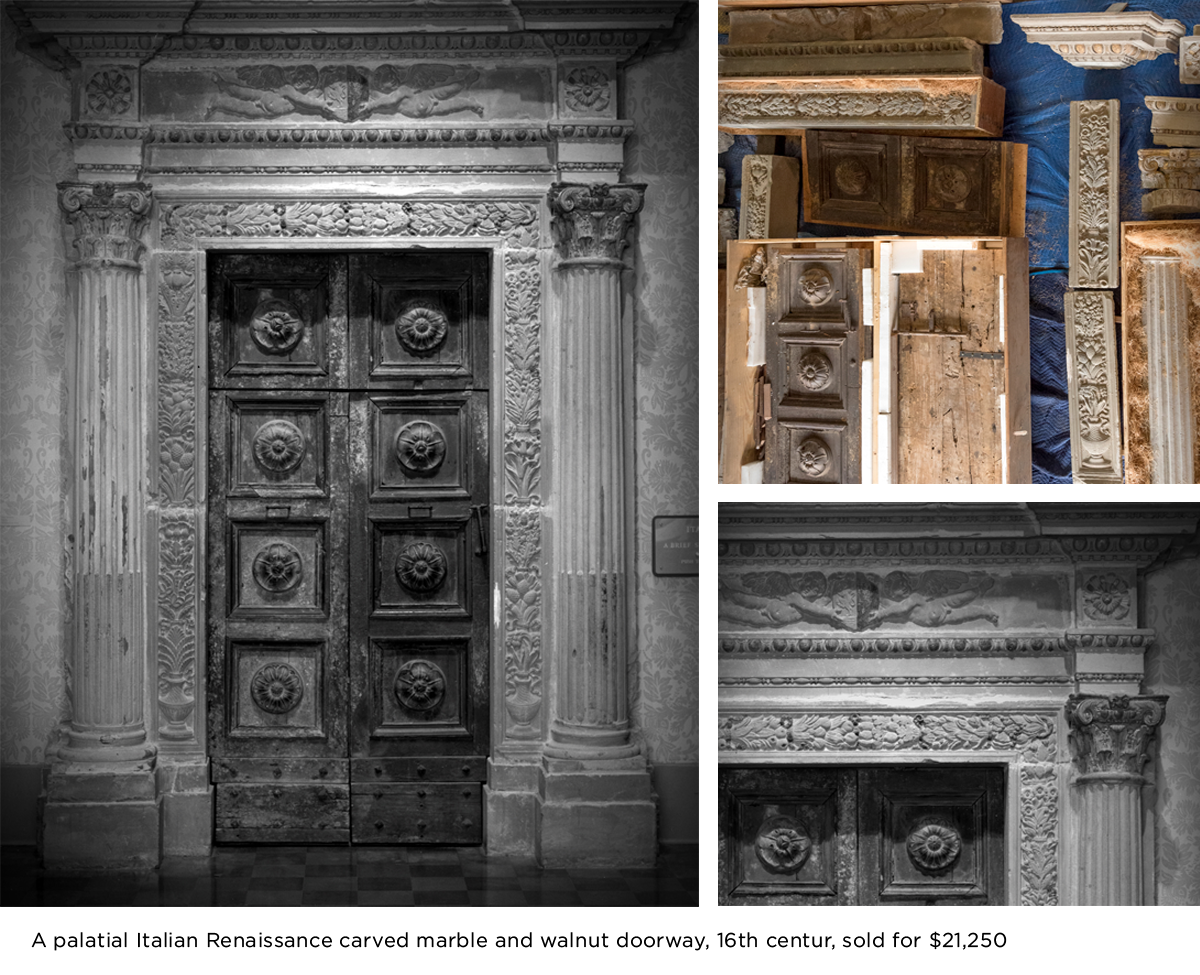 Lot 120, an extensive American sterling silver twenty-three flatware service for eighteen by Tiffany & Co., circa 1900, sold for $37,500. A pair of 19th century Italian Neoclassical marble herms depicting the philosophers Homer and Socrates after the antique (Lot 261) came from the collection of R.M. Barokh, of Connecticut, and sold for more than double its high estimate of $5,000-7,000, for $16,250. A Charles II lacquer cabinet on silver-gilt carved stand (Lot 228), decorated in gold and silver on a black ground and inlaid with abalone, also came from the collection of R.M. Barokh, by way of James Arthur "Jim" Williams. Williams was a Savannah, Georgia, historic preservationist and antique dealer who played a vital role in the preservation of Savannah's historic district, whose colorful life and ultimate fall from grace was detailed in John Berendt's 1994 bestseller, "Midnight in the Garden of Good and Evil." The cabinet sold for $15,600. 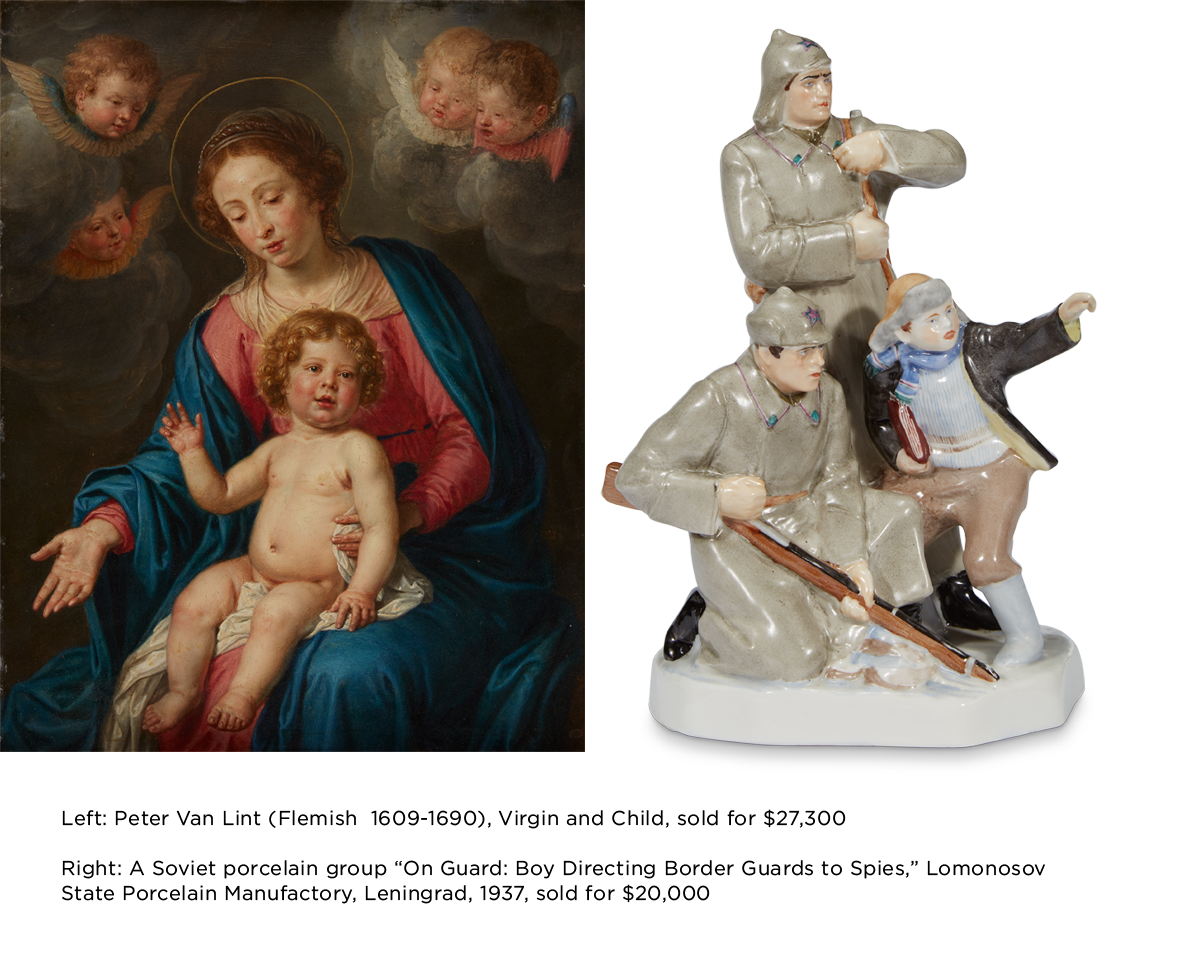 From the collection of a Virginia gentleman came nearly 30 polychromed Venetian figures, the origins of which are to be found in the carvings of Andrea Brustolon (1662-1732). Lot 539, a pair of Venetian polychromed figural torchères, comprising a male and female figure, each finely decorated and with delicately modeled classical features, sold for $7,500.

The next auction of British & European Furniture, Decorative Arts & Paintings is tentatively scheduled for May 2019. Suitable consignments are now invited.

Speak with a specialist today