Freeman 's is pleased to present a selection of thirty-two paintings from the renowned collection of the Faultless Starch/Bon Ami Corporation, in Kansas City, Missouri.

Bon Ami (meaning "good friend" in French) has been a line of popular cleaning products in America since the late 19th century. The company's famous slogan, "Hasn't Scratched Yet!" is a reference to the cleanser's non-abrasive properties, and was popularized by Ben Austrian, whose painting of the same name became the company's trademark, depicting a chick emerging from an egg.

Along with Mary Russell Smith and Arthur Fitzwilliam Tait, Reading artist Ben Austrian is the most represented artist of the collection, with thirteen oils featured in the following section. Austrian worked directly with Bon Ami as early as 1902 on a series of advertisements featuring paintings of his chicks – already a modern tie between art and commerce. In such advertisements, which included trade cards, Austrian's depiction of the softness of the chicks, helped to emphasize Bon Ami's non-abrasive productions, a revolution in the soap industry at the time. 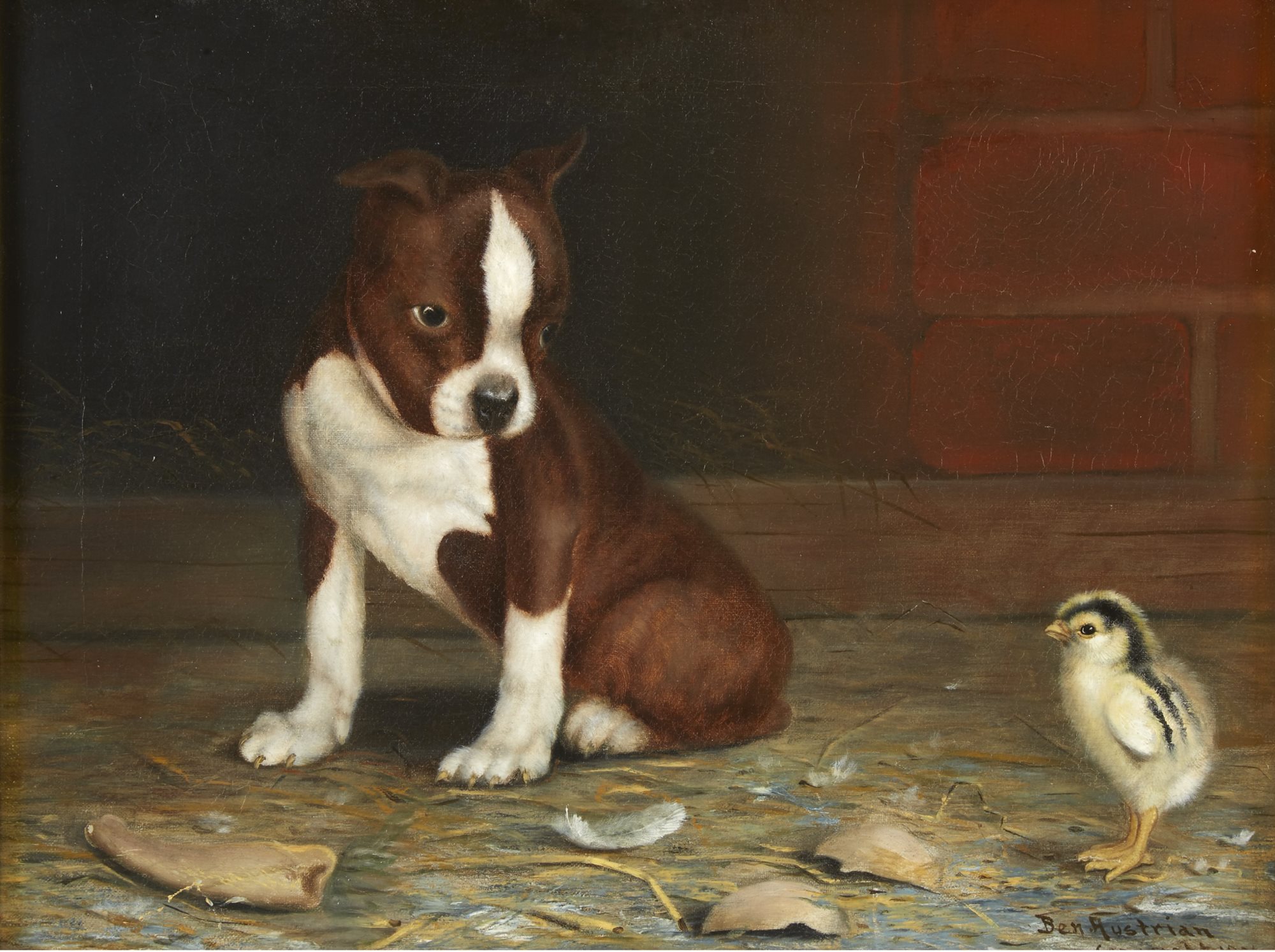 The artists represented in the following collection succeeded in painting farm birds, sometimes in the company of other animals like puppies and squirrels, with great care, detail, and a sense of intimacy. At their best, they instilled a dose of sensibility, often reminiscent of our own human reactions. 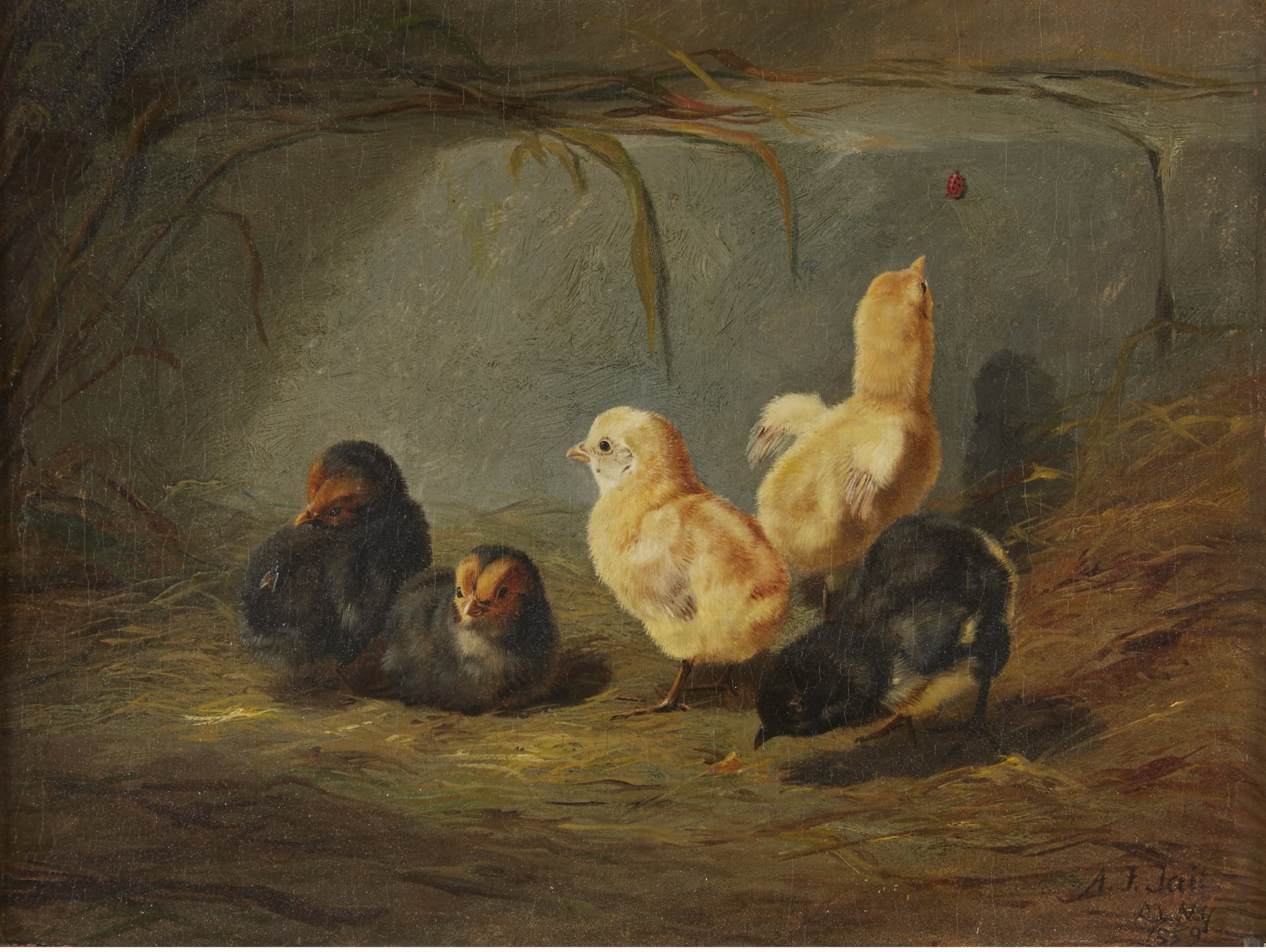 In early 1999, a selection of paintings from the Faultless Starch/Bon Ami Corporate Collection was exhibited at the Reading Public Museum, Pennsylvania. The exhibition, entitled "Warm, Soft & Fuzzy," presented the artwork within the context of mid-19th to 20th-century painting as a sub-genre of depicting domesticated animals in American life, with an adherence to the truth-to-nature dictum popularized by John Ruskin. 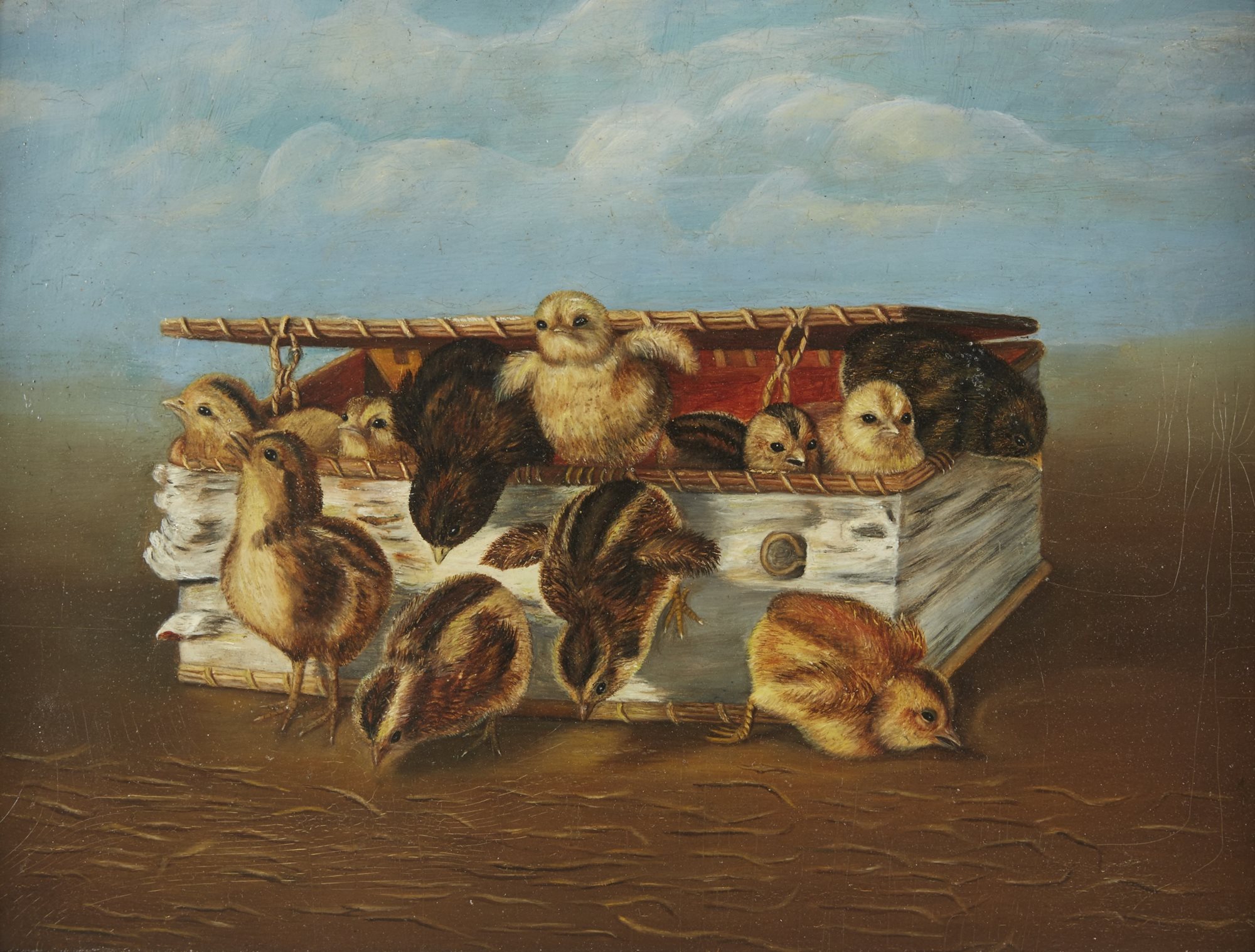 As opposed to the works of famed bird painter John James Audubon, or even the Dutch/Flemish Old Masters who often depicted fowl with an emphasis on scientific or anatomical study, Ben Austrian, Mary Russell Smith, Samuel S. Carr, Howard Hill and the others whose paintings are in the collection portray a farmyard menagerie through a softer, gentler, almost sympathetic lens. 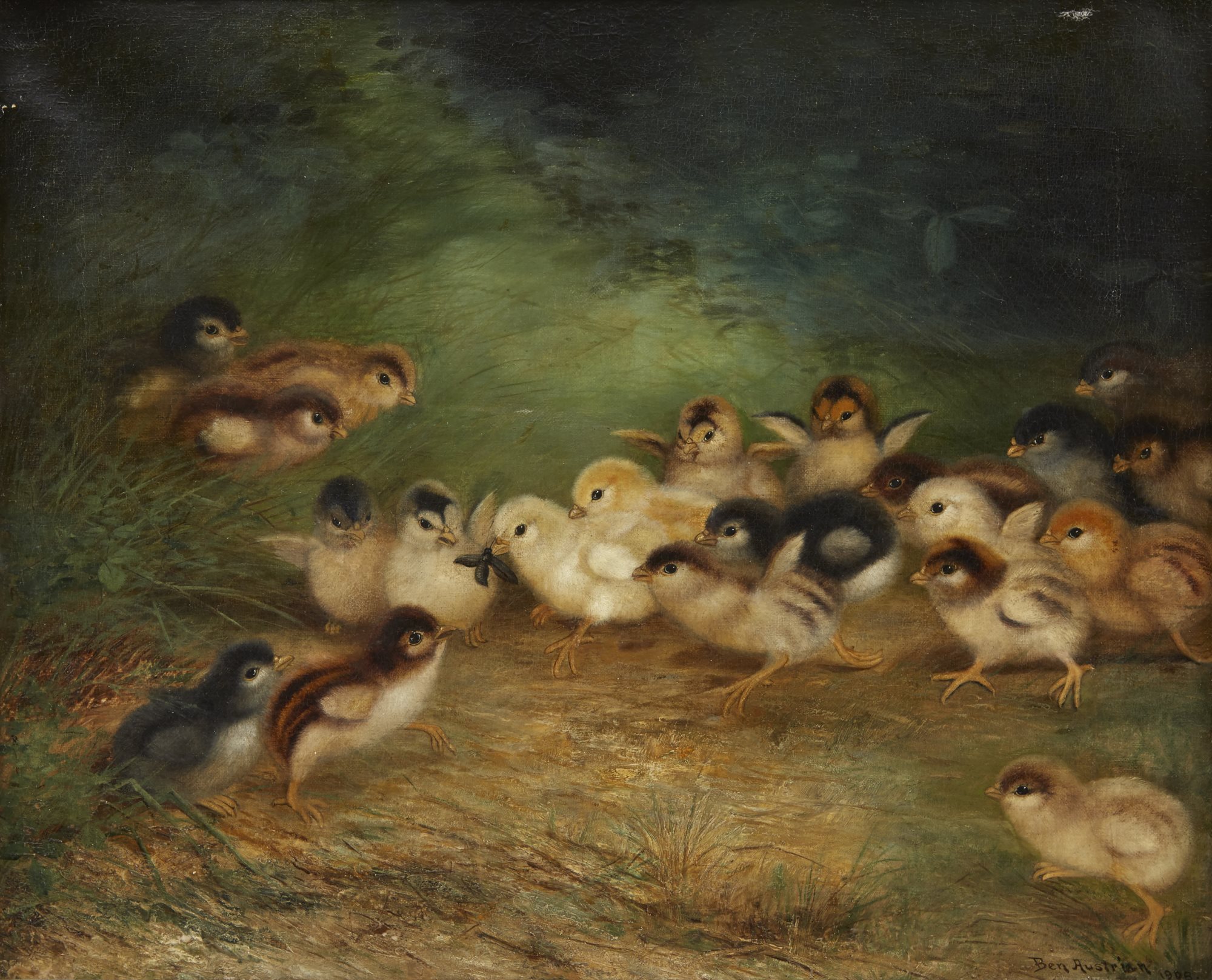