Hailing from Burma, now known as Myanmar, Burmese rubies are among the finest gemstones of their kind, as well as the most rare.

One of the most popular gemstones, rubies, along with sapphires, belong to the mineral family corundum. Their color can range from nearly colorless pink shades to the more desirable blood-red, or pigeon blood, hue. They are among the strongest gemstones, just behind diamond and moissanite, making them a durable choice for jewelry.

Hailing from Burma, now known as Myanmar, Burmese rubies are among the finest gemstones of their kind, as well as the most rare. The Mogok Valley region of Myanmar was at one point the world's largest source of rubies, though the Mong Hsu area to the east, closer to the border of the Yunnan province of China, overtook the region in the early 1990s. While rubies occur naturally in other parts of the word-including nearby Thailand and Cambodia, as well as Mozambique and Tanzania-what sets Burmese rubies apart is their blood-red color.

Burma rubies are prized for their vivid, pure red color, though perhaps the most important factor in determining the stone's value is evidence of heat treatment (specifically, the lack thereof). Heat treating a ruby enhances the gemstone's color, by eliminating traces of blue. This practice is not uncommon, though it has all but ensured that natural rubies-those without heat treatment-are both highly sought after and command higher prices in the market. 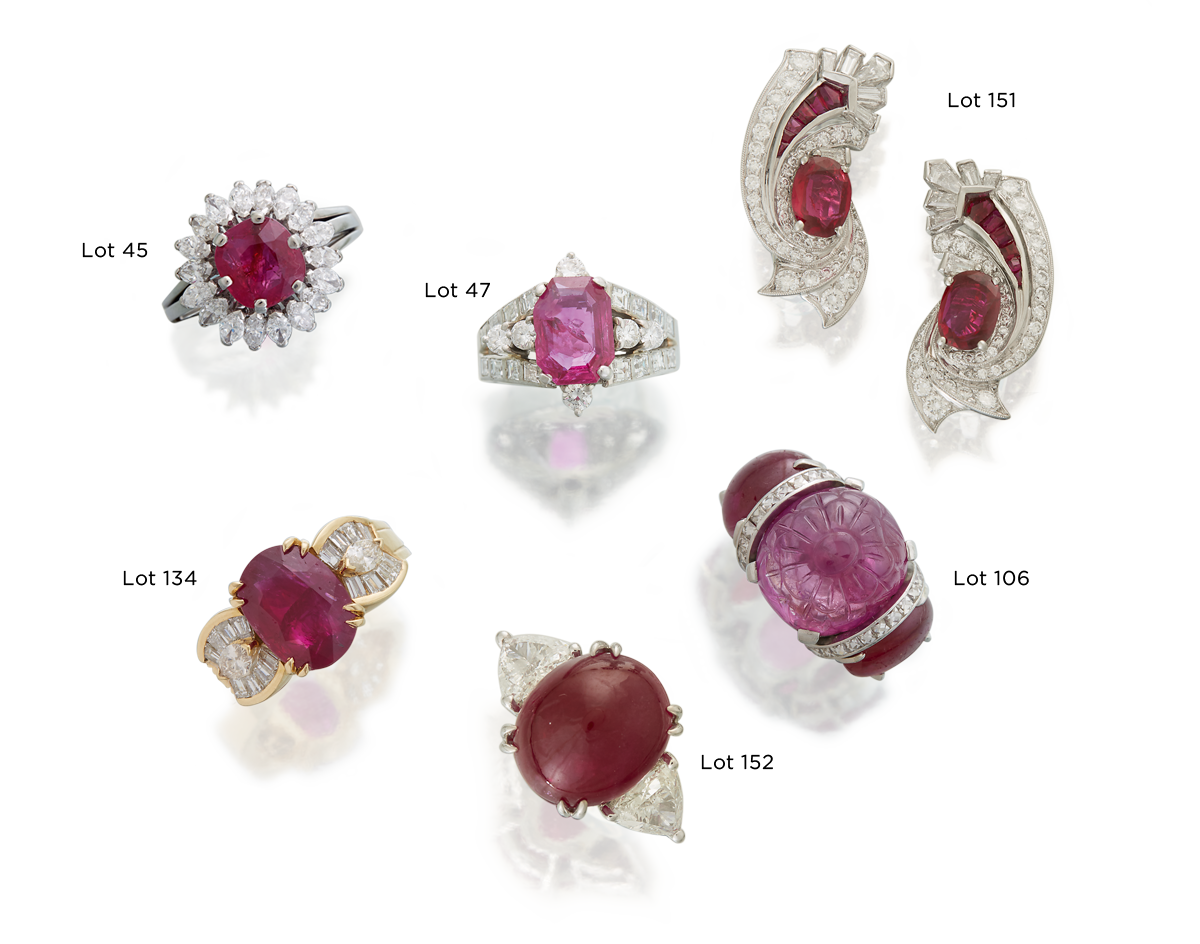 In 2003, the U.S. government banned the import of rubies, as well as other gemstones from Myanmar, as part of larger sanctions efforts against the country's ruling military for minority persecution and antidemocratic practices. The import ban left a fairly substantial loophole: rubies could still be mined in Myanmar and imported to the U.S. so long as they were cut and polished in another country. This loophole was closed in 2008, and the ban on rubies and jade was lifted entirely in 2016.

Burma rubies play a starring role in Freeman's November 6 Fine Jewelry auction, with more than half a dozen on offer. Lot 152, a ring centering a Burma ruby cabochon, weighing approximately 13.20 carats, accented by triangular-cut diamonds, is of particular interest (estimate: $30,000-50,000). Lot 47, a Burma ruby, diamond, and 18 karat white gold ring, centering an emerald-cut ruby weighing 2.43 carats (estimate: $15,000-20,000), and Lot 106, a Burma ruby, diamond, and platinum ring, are other spectacular examples (estimate: $15,000-20,000). All are accompanied by AGL reports, indicating no evidence of heat treatment.