The staying power of furniture from Eero Saarinen, Harry Bertoia, and more

Selections from Freeman’s September 29 Art and Design sale showcase the timeless appeal of 20th-century designers who believed in the power of furniture to transform a space. 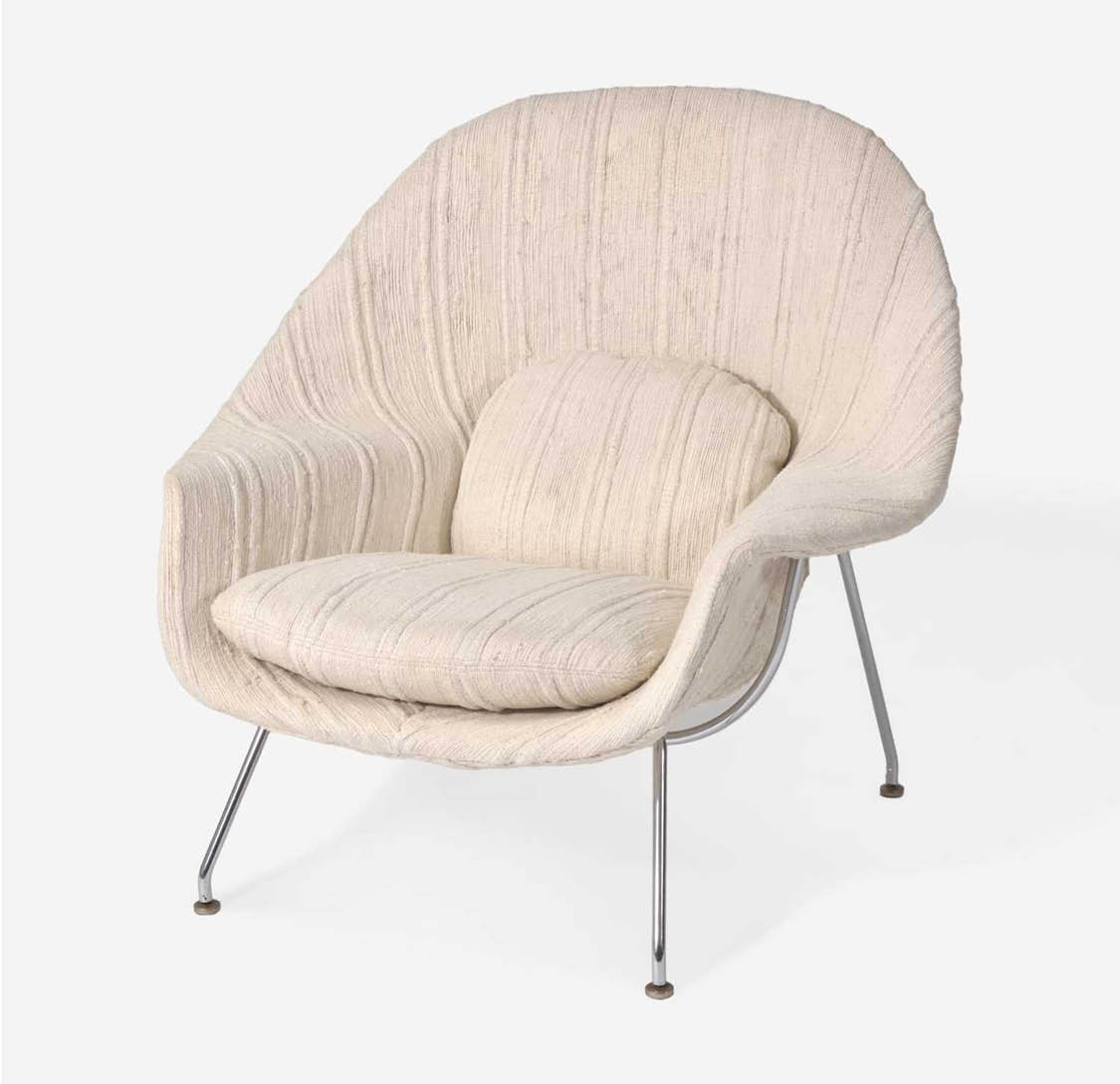 In the pantheon of American furniture design, several names—and instantly recognizable works—stand out among the rest. Freeman’s September 29 Art and Design auction features several of these highly collectible and effortlessly stylish designs by some of the most influential figures in 20th-century furniture design, many of them produced by the modernist powerhouse Knoll.

Knoll’s timeless furniture designs have suited every era they’ve graced since Florence and Hans Knoll inaugurated the company in the 1940s, but have perhaps never been more relevant than they are now, in the age of the home office. The Knoll vision—to bring sleek, comfortable, ergonomic Bauhaus-inspired design to both corporate and domestic settings—takes on new importance at a moment when, for many, work and home are more entangled than ever.

Many of the most beloved and recognizable Knoll designs are just as suited to corporate settings as they are to domestic interiors. Eero Saarinen’s iconic “Womb” chair, for instance, designed in the late 1940s, is one of the company’s most adaptable designs (Lot 61; estimate: $1,500-2,500). Designed at the request of Florence Knoll for a chair that felt like “a basket full of pillows” and that encouraged sitting in various different positions, the Womb chair is an example of quintessential 20th-century design that continues to elevate each space it’s in today. 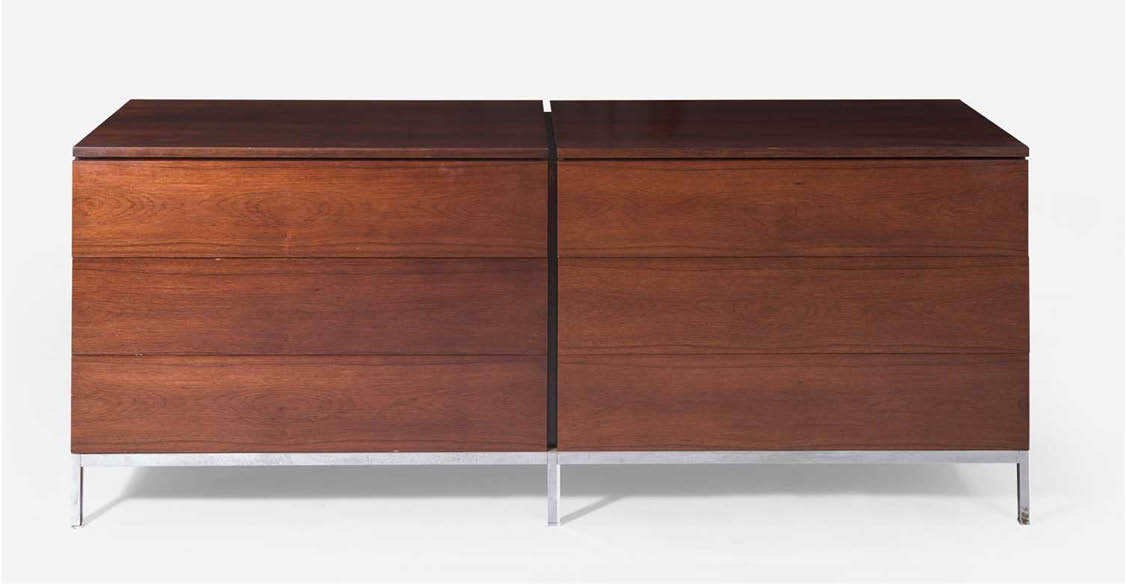 A prolific and esteemed furniture designer in her own right, Florence Knoll produced works for the company, including an elegant double chest of drawers that marries classic midcentury chromed steel with a deep, rich rosewood veneer (Lot 64; estimate: $2,500-3,500). In the late 1940s, Knoll persuaded her renowned teacher and mentor Ludwig Mies van der Rohe to grant Knoll International the rights to produce his Barcelona chair, a masterful modernist staple. The present pair (Lot 150; estimate: $2,500-3,500) likewise combines a sleek stainless steel frame with an inviting organic element, in this case supple leather-upholstered cushions. 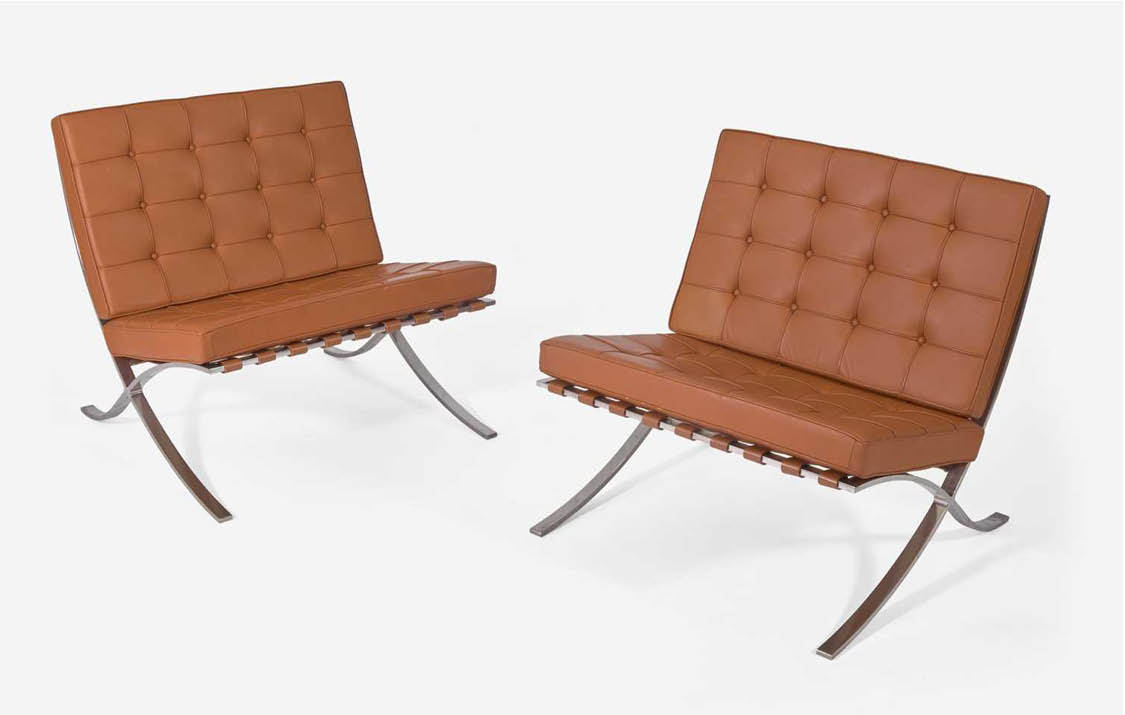 A central tenet of the Bauhaus vision that so influenced American midcentury design was the blurring of strict distinctions between art, architecture, and interior design; instead, all three worked in harmony and existed as a complete aesthetic system. It follows, then, that some of the most influential furniture and design works of the last century were the creations of figures who were also established sculptors and artists. 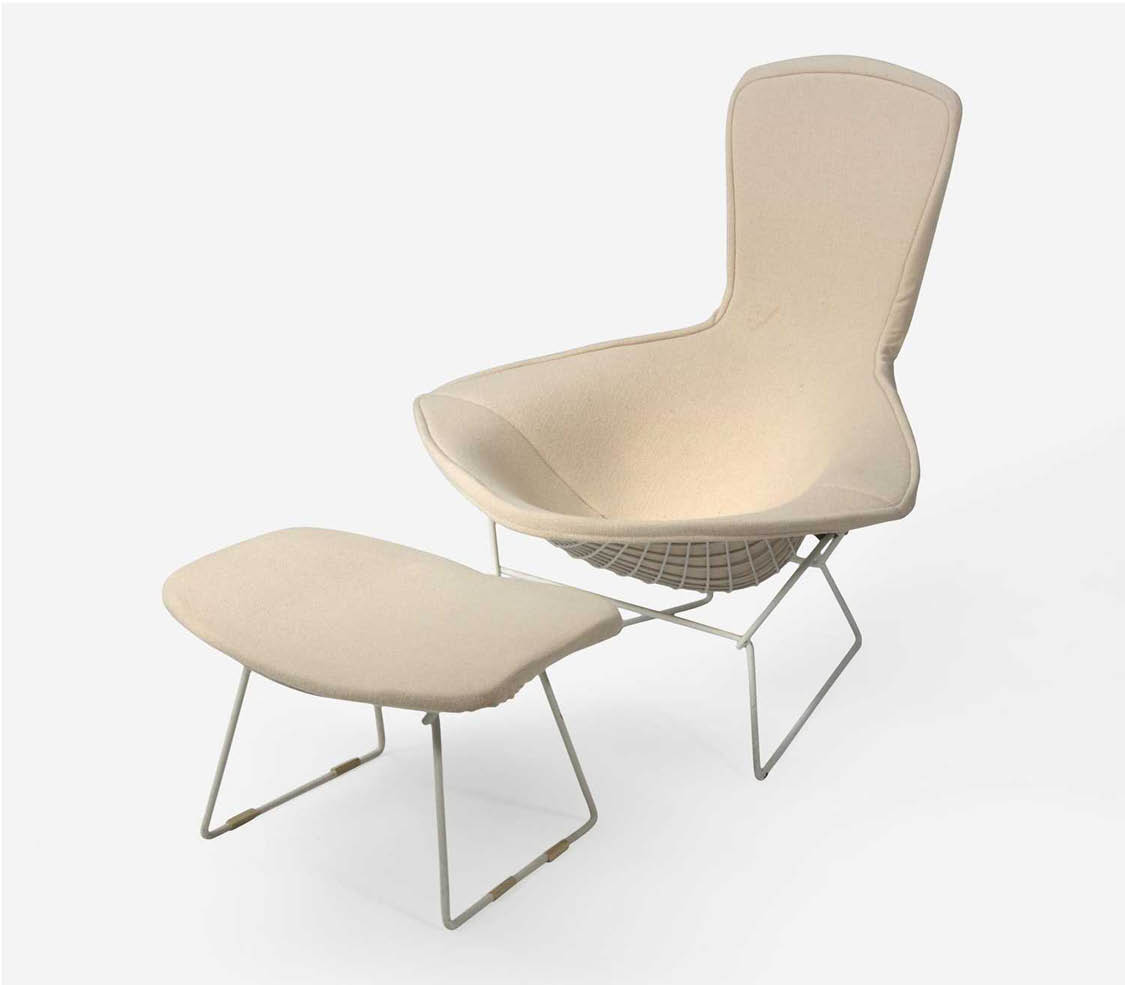 One such figure, Harry Bertoia, met Florence Knoll at the Cranbrook Academy of Art and by the early 1950s had designed a single collection of furniture for Knoll that instantly shaped and helped define midcentury furniture as we know it today. The collection translated Bertoia’s abstract wire, steel, and copper sculptures into objects to be used and interacted with. The present “Bird” lounge chair and ottoman (Lot 104; estimate: $800-1,200) is a true marriage of sculpture and design, combining a sturdy woven-wire frame with an inviting upholstered scooped seat and winged armrests. 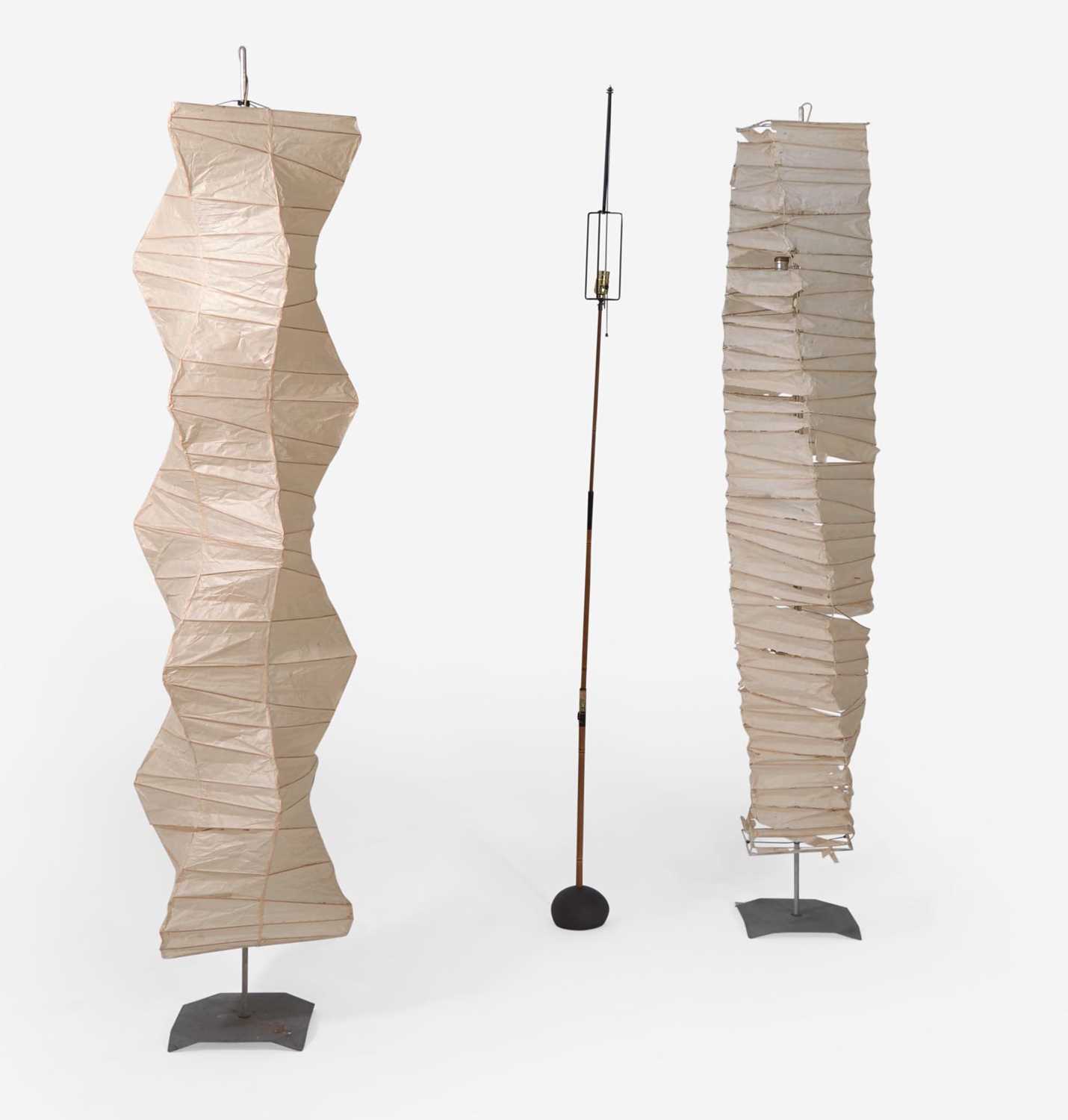 Another is Isamu Noguchi, a legendary multidisciplinary artist whose work danced between the worlds of art and design throughout his six-decade-long career. Noguchi’s “Akari” sculptures (akari meaning both illumination and weightlessness in Japanese) have seen countless imitations since he first designed them in the 1950s, but the high-quality fabrication of Noguchi’s design—made in Gifu, Japan—is inimitable. The present group of floor lamps (Lot 78; estimate: $1,500-2,500) is a unique opportunity to collect groundbreaking designs from one of the 20th century’s leading designers and artists.

View the rest of our September 29 Art and Design auction.