On June 19th, Freeman 's will bring to auction the Collection of Victor Niederhoffer. Among the many silver trophies, American Folk Art and books that Mr. Niederhoffer collected from a very young age, is a nice selection of Illustration Art paintings and works on paper.

With its tie-in to commerce and often slick type, Illustration Art has, at times, been derided by critics as compared to "Fine Art" such as 19th century paintings by John la Farge or Alfred Thompson Bricher, which Victor Niederhoffer also collected.

As Albert Dorne states in "The Illustrator in America, 1880-1980: A Century of Illustration," "In recent years, it has been fashionable for art critics to couple the word 'mere' with 'illustration' in dismissing pictures that tell any kind of story. And, since illustration is usually commissioned, it has also been viewed as impure, commercial art when contrasted with the nobler motivation of the fine arts in which the artist is free to express his innermost feelings"

Today, however, due in part to the growth of comic books and video games, as well as increased use of illustration in magazines, Illustration Art is surely 'having a moment' and benefits from a renewed appreciation for its practitioners, quality and aesthetic appeal amongst critics and collectors alike. 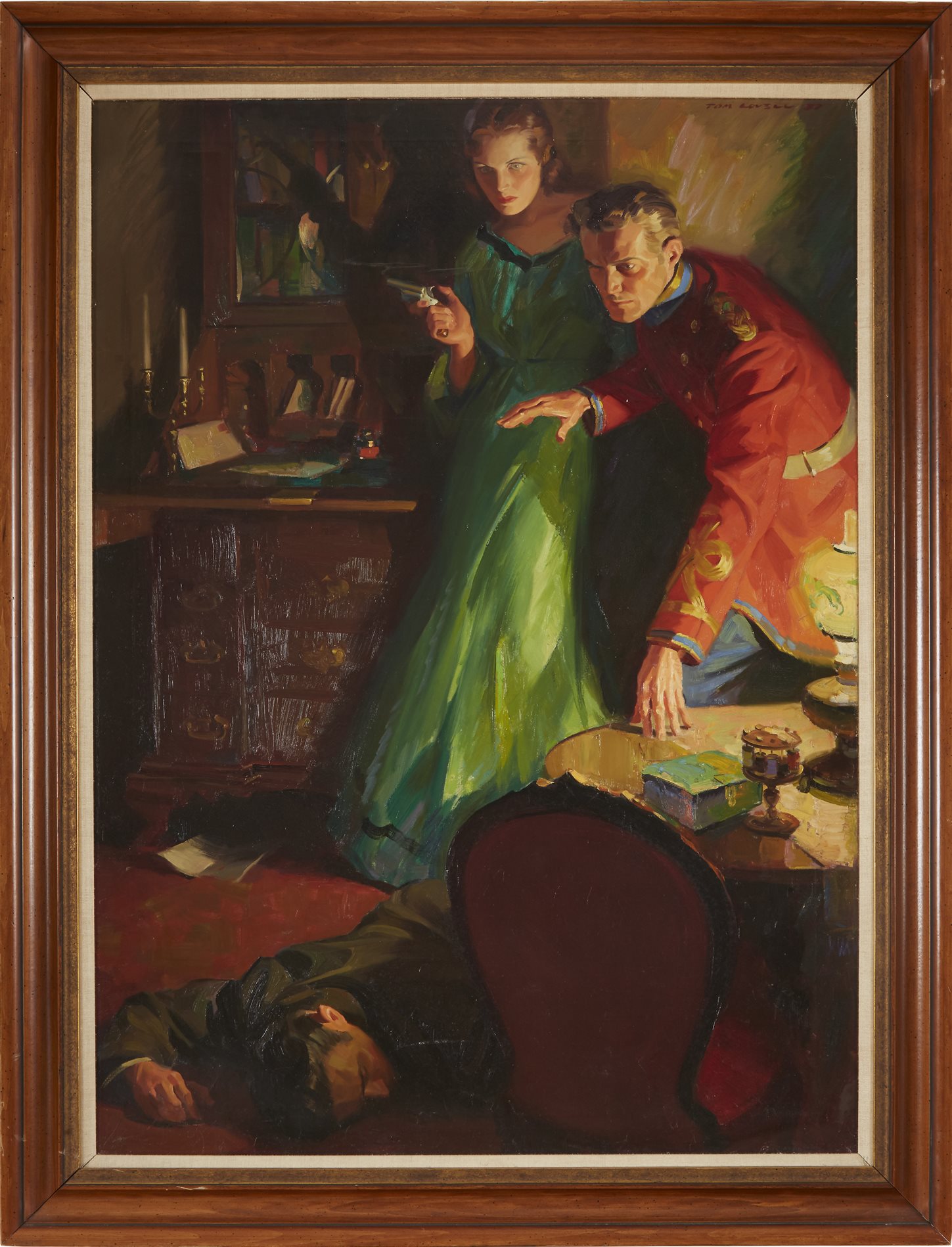 It has been said of Tom Lovell, that in driving "himself to the point of perfection in his documentary approach to illustration, no detail of research was too small to be verified." Completing his first illustrations while in college, Lovell's work was featured in major national magazines by the late 1930s. Amongst the artist's major achievements are his election to the Society of Illustrators Hall of Fame in 1974 and his Gold Medal in oil from the National Cowboy Hall of Fame, which awarded his commitment to American western-themed paintings. 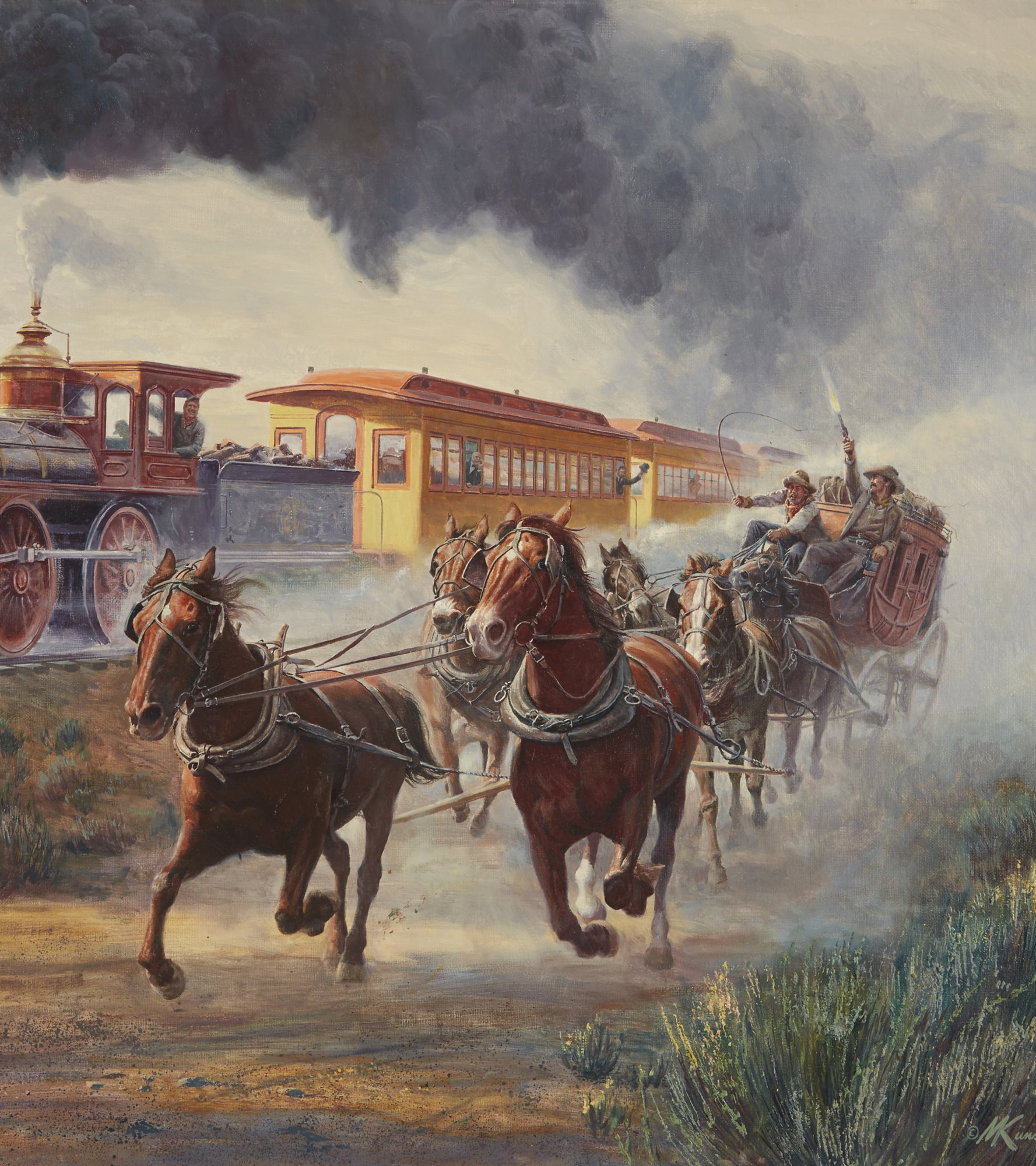 Morton Kunstler completed works for National Geographic, General Electric, Texaco and Rockwell International Corporation. His work has been described as "straightforward and painstaking" with an emphasis on "the importance of accuracy." Today, Kunstler is mostly known for his interest in Civil War and his romantic depictions of the Far West.

A student of Howard Pyle and Frank Brangwyn, Cornwell served as President of the Society of Illustrators from 1922 to 1926, and also taught illustration at the Arts Students League. In addition to being an accomplished illustrator, the artist was also known for his murals, which he mostly completed in California.

Born in Cincinnati, Robert McGinnis is a prolific illustrator, having painted over 1,000 cover designs. As with the present lot, McGinnis has designed works for James Bond movies. He has also executed illustrations for the movies Barbarella, starring Jane Fonda, 'Gator with Burt Reynolds and John Wayne's The Searchers. He has also created illustrations for numerous paperback publishers and for magazines. 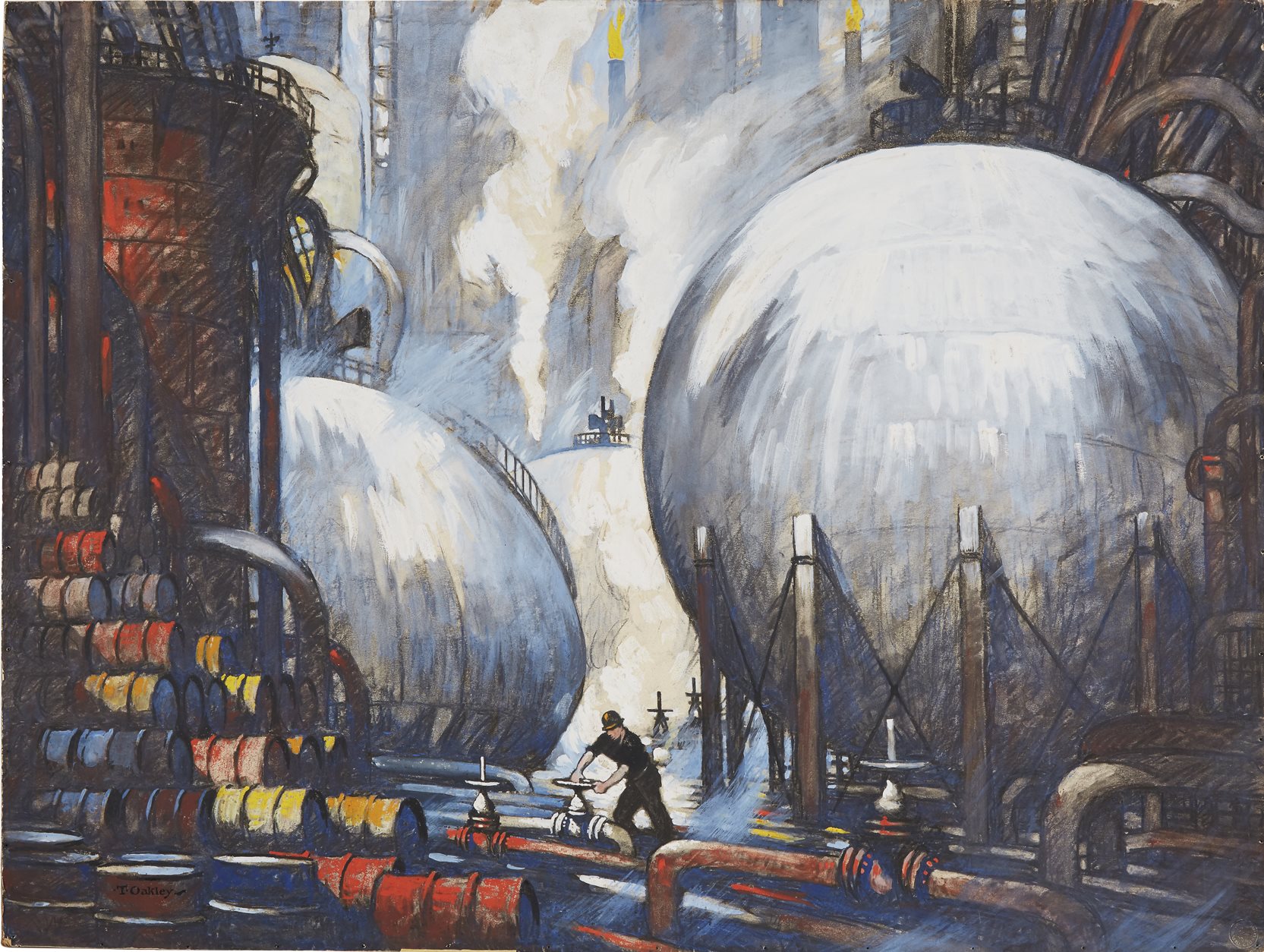 As Walt Reed wrote, Oakley's "style was particularly appropriate for industrial subjects and the theme of men at work with heavy machinery." A student of Howard Pyle, Oakley is known for his 1940s series of forty eight works, entitled "American Industries Geared for War" done for National geographic Magazine. A Pennsylvania native, Oakley has works included in the collections of the Pennsylvania Academy of the Fine Arts and the Philadelphia Museum of Art.