Freeman 's @1600 is pleased to present our April 7 Asian Arts auction as an easy online only experience. For those new to, or interested in collecting Asian Arts, there are particular styles, time periods and media that the discerning collector should be on the lookout for. Our Head of Asian Arts, Ben Farina gives some of his picks from the upcoming sale in this guide to collecting Later Japanese Ceramics.

The art of ceramics in Japan spans millennia, from Jomon pottery, dating back at least 16,000 years, to the elegant studio works of the present day. The field for collectors is vast, and in the present marketplace, attractive and impressive pieces can often be quite affordable. One area ripe for collecting is the porcelains, stoneware and pottery of the second half of the 19th century and the early part of the 20th century, spanning the reigns of the Meiji (1868-1912), Taisho (1912-1926) and Showa (1926-1989) emperors, often referred to as Later Japanese Ceramics. 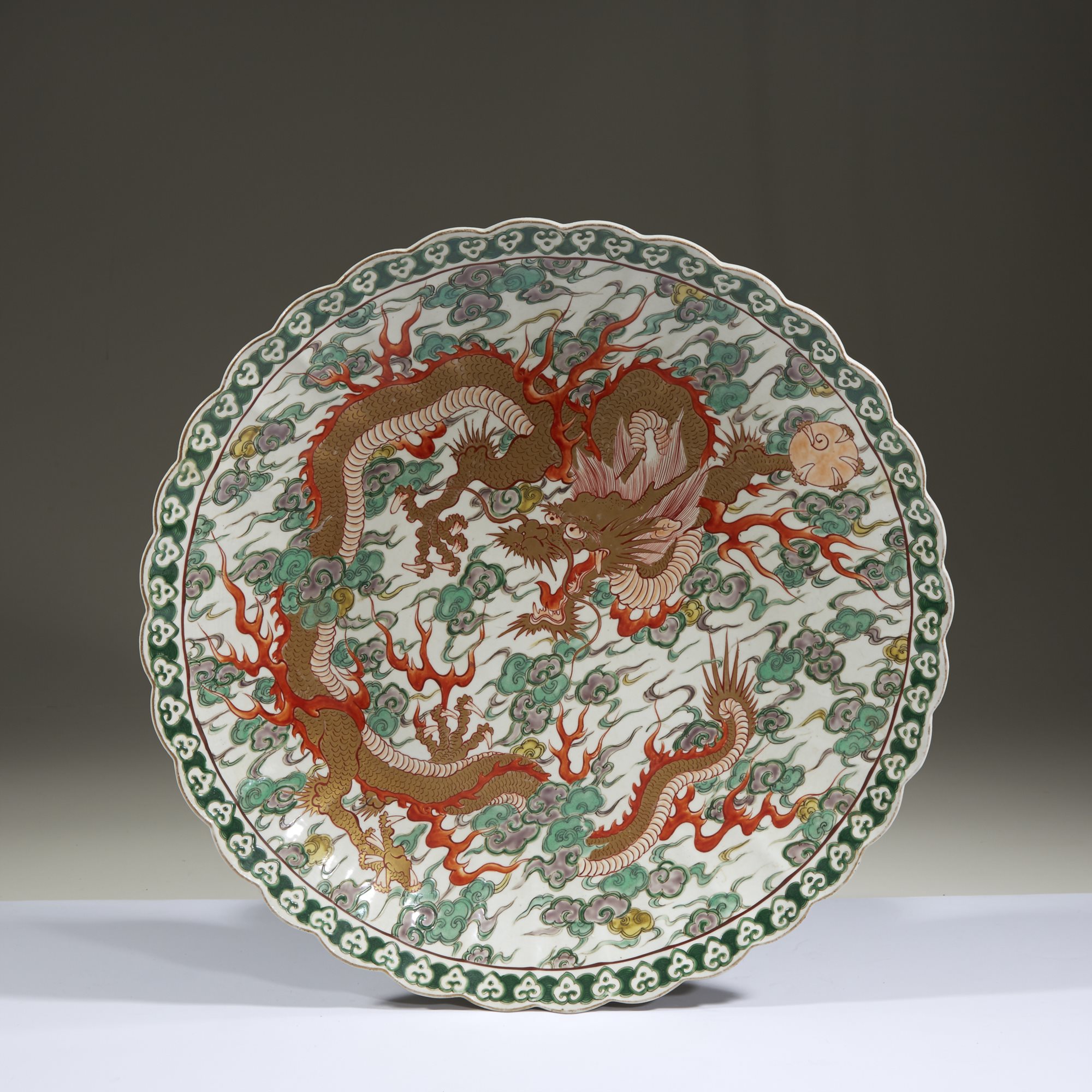 Arita or Bizen porcelains (of which the "Imari" wares are an important subset) are often encountered. Of a high-fired porcelain, slightly grey in tone, the glaze often with a slightly bluish tint, these wares were exported to the West in large numbers, in a broad array of designs, patterns and quality. This dynamically-decorated "Dragon" charger is of a scale (18 inch diameter) appropriate for display, showing the sinuous dragon among clouds to great effect. 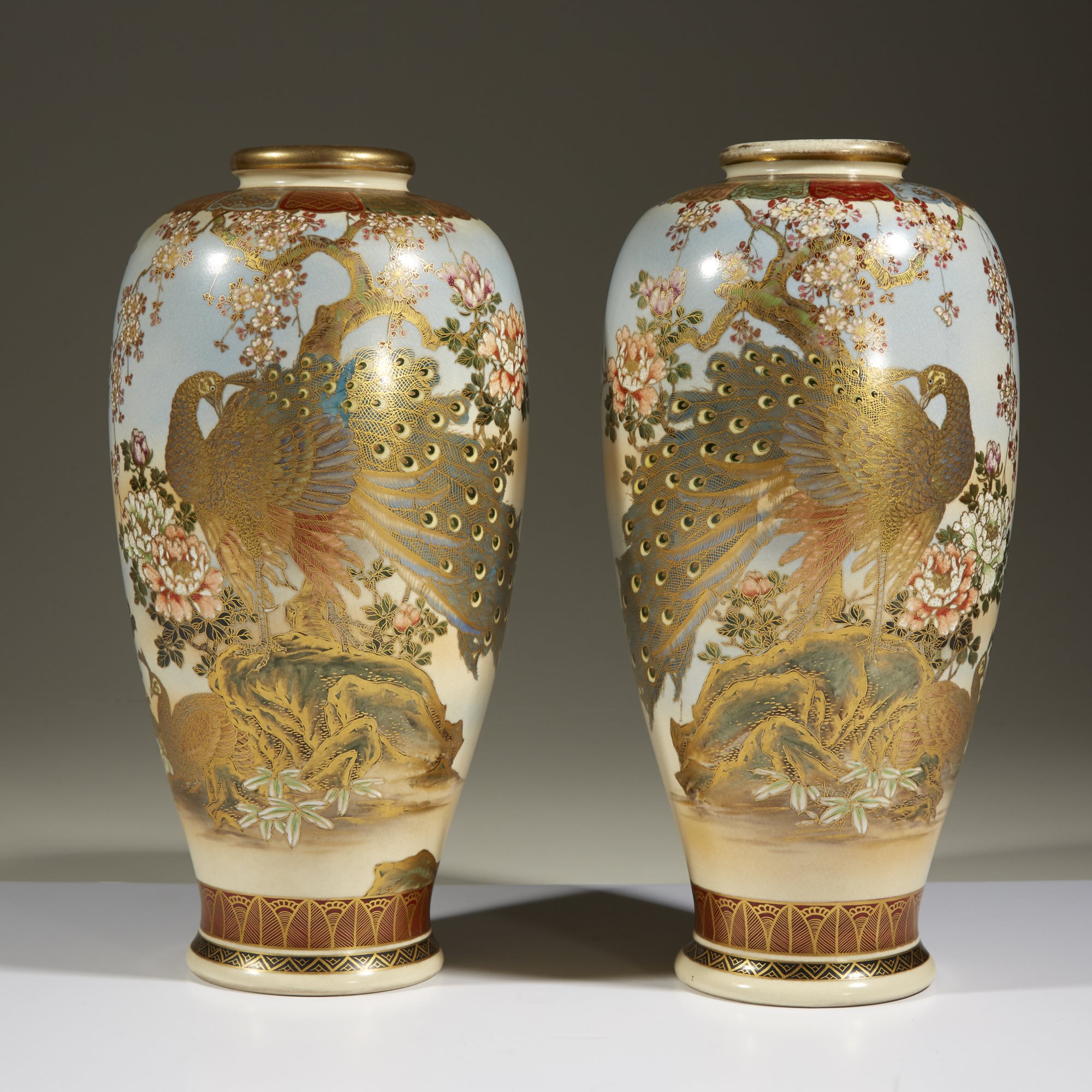 Satsuma and Satsuma-type enameled and gilt-decorated pottery wares are another type of later Japanese ceramics widely available on the market. Like the Arita wares, the vases, dishes and other objects of a warm, buff-toned lower-fired earthenware (the glaze often with a fine craquelure), may be found in a wide range of quality. The highest end of the market is dominated by artists such as Yabu Meizan and artisanal workshops such as the Kinkozan atelier, but this leaves a lot of room for numerous elegantly-decorated pieces by lesser known artists, such as the pair of vases above, richly embellished with colorful peacocks among flowers. This lush decoration, with subtle gradations of ground, is echoed in the fine cloisonnes of the period (another market perfect for the impecunious connoisseur!) 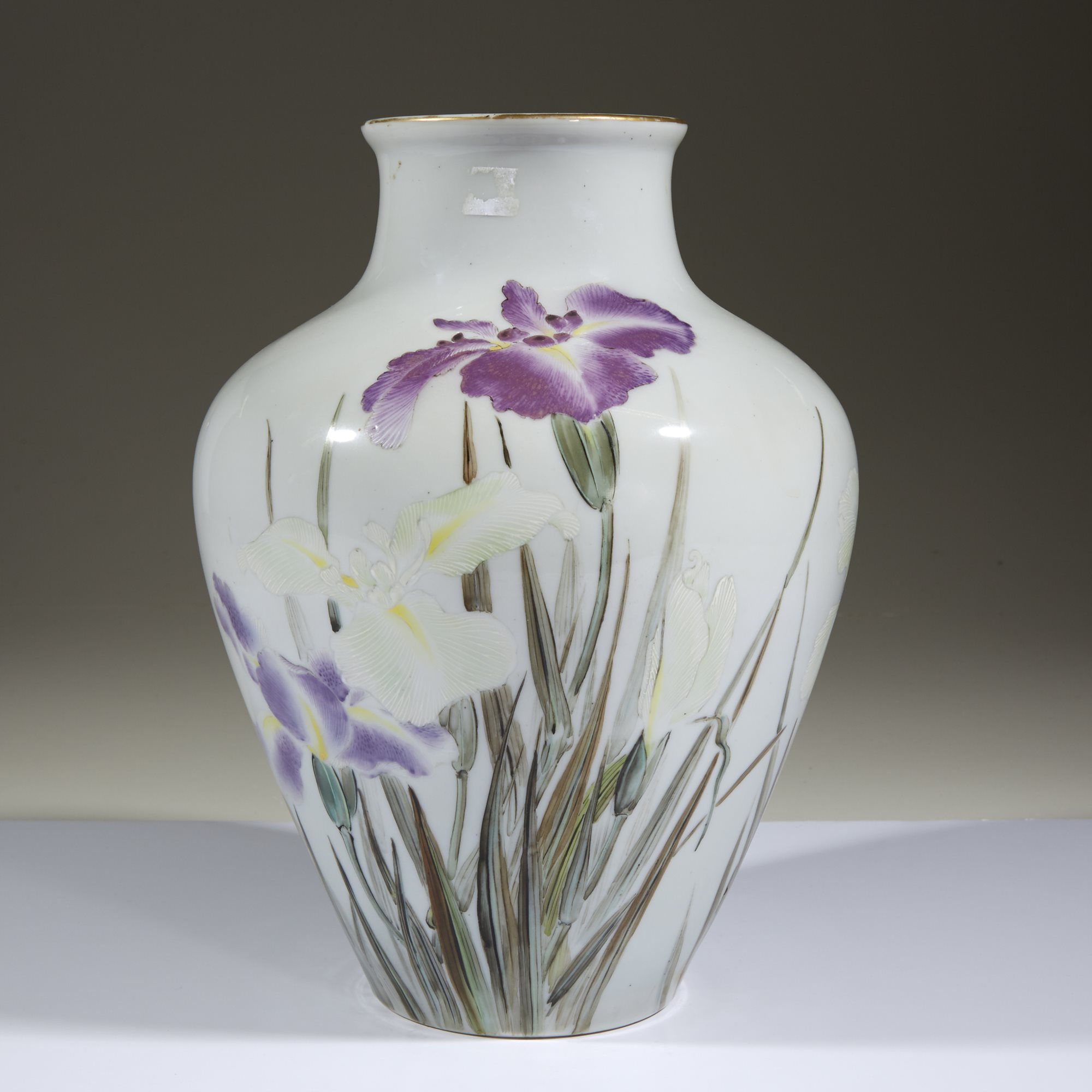 A third collecting area, of particular interest to western collectors, are the wares specifically produced for display at the International Expositions and World Fairs held thoughout the second half of the 19th century and into the 20th century. The two vases (one illustrated above), produced by the Imura firm of Yokohama for the 1904 St. Louis World's Fair, show the more naturalistic decoration which became prevalent in Japanese decorative arts from the late 19th century on.