Learn more about the lasting impact of ballet on the fine art world.

Though many would think first and only of Edgar Degas’s famed paintings and sculptures of ballet dancers if asked to exemplify ballet’s connection to other art forms, ballet is inextricably linked to the visual arts, music, and fashion in many ways. Some of the most defining and pivotal moments in ballet’s history—most notably its 20th-century revolution—were engendered and facilitated by an artistic director’s or choreographer’s seminal relationships with leading members of other creative fields.

Subsequent artistic directors of other renowned ballet companies both in Europe and the United States carried this collaborative tradition well into the middle and second half of the 20th century, calling on pioneering figures from various artistic fields to help diversify their repertoire and imbue their work with freshness and relevance. As director and choreographer of the Ballets des Champs-Élysées and the Ballets de Paris, Roland Petit worked with esteemed 20th-century artists from Max Ernst and Martial Raysse to Jean Tinguely and Niki de Saint Phalle on major elements of his ballets: set design, costuming, promotional posters, programs covers, and more. 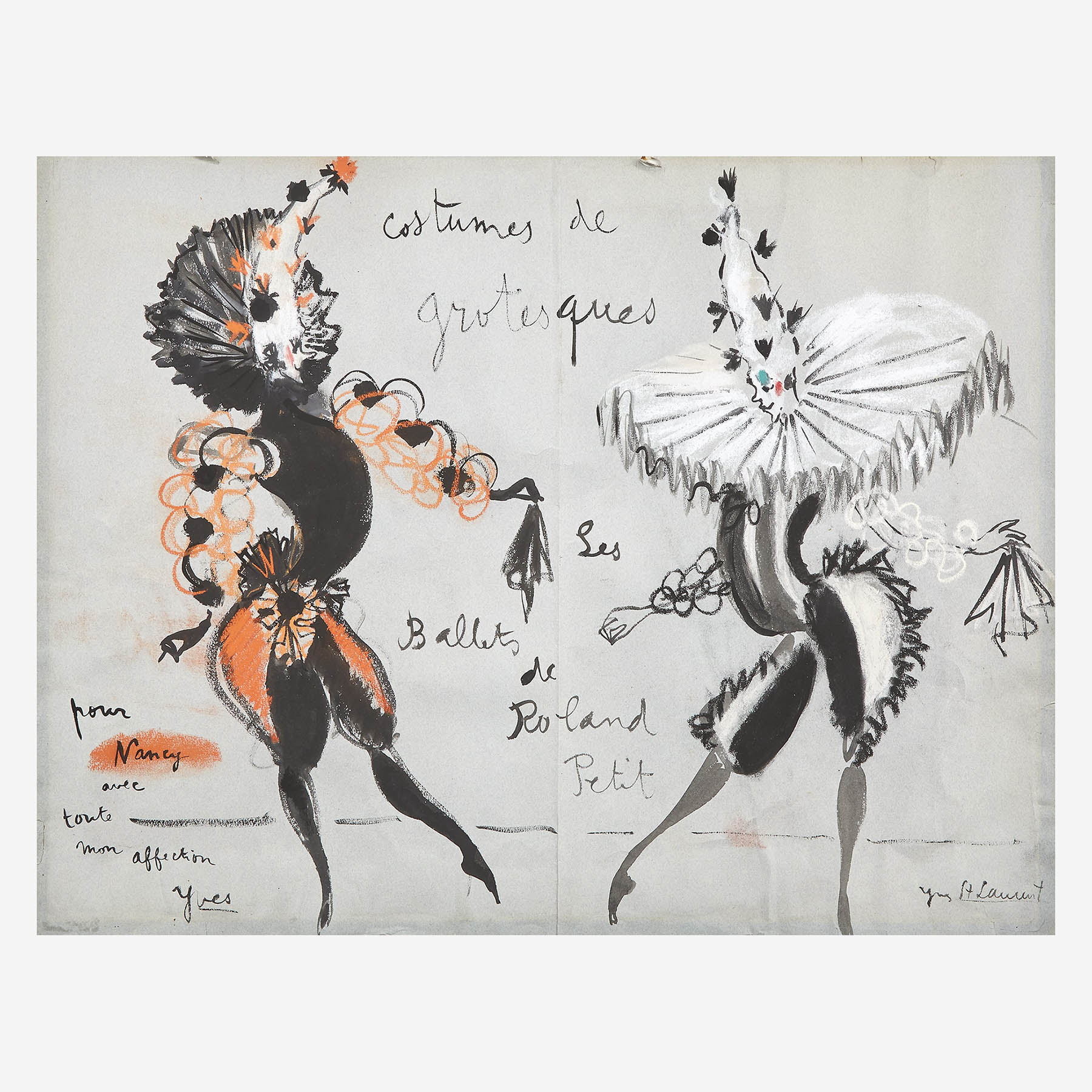 New York City Ballet founder George Balanchine worked with multiple artists in the early phases of his choreographic career, but as he honed his trademark minimalistic style and shifted toward neoclassical ballets devoid of plots, costumes, or scenery, his longest and most meaningful partnership grew with groundbreaking composer Igor Stravinsky, whose sparse scores worked harmoniously with Balanchine’s syncopated movements. Though Balanchine often favored simple black leotards and blank backdrops, his 1970 revival of Firebird, set to Stravinsky’s score, featured colorful sets and costumed designed by Marc Chagall; the production is still part of the renowned company’s current programming.

“See the music, hear the dance.”

The generative exchange between ballet and other art forms remains just as active today; more recent collaborations of note include Maurice Sendak’s set and costume design for the Pacific Northwest Ballet’s production of The Nutcracker as well as contemporary choreographers pairing up with musicians working across several genres, like William Forsythe and James Blake or Justin Peck and Sufjan Stevens. Ballet’s continued influence on fashion, meanwhile, is undeniable, from tulle skirts and sleek chignons to ballet flats. Dancers appear frequently in fashion magazines and marketing campaigns, while many of fashion’s most prominent houses and designers—Valentino, Christian LaCroix, Jean Paul Gaultier, Alexander McQueen, Dries van Noten, and Erdem, among many others—have been invited to design costumes for today’s most highly regarded ballet companies.

Over the years, opera, theater, and dance in its many forms have all provided stages upon which artistic collaborations have played out. Whether executed by Isamu Noguchi and Martha Graham or Jun Kaneko and various opera companies, the art forms did not compete with one another for center stage but rather engaged in compelling dialogue, working symbiotically to challenge conventions, defy expectations, and increase one another’s expressive capabilities.