After the house set a record for Russian Imperial ephemera last year with the sale of "The Lintern Archive" (Lot 26, sold for $106,250), Freeman's specialist in Russian Works of Art, Nick Nicholson, has kept an eye out for exceptional ephemera and unknown items relating to the history of Russia's Romanov family. Fortunately, Nicholson's persistence uncovered "The Dowager Empress' Archive," containing over 70 images-most never before published-which will be offered for the first time on October 16 at Freeman's.

"When the consignor offered us this important collection, I got terribly excited," Nicholson said. "The photographs were fresh to the auction market and largely unknown to both historians and collectors." 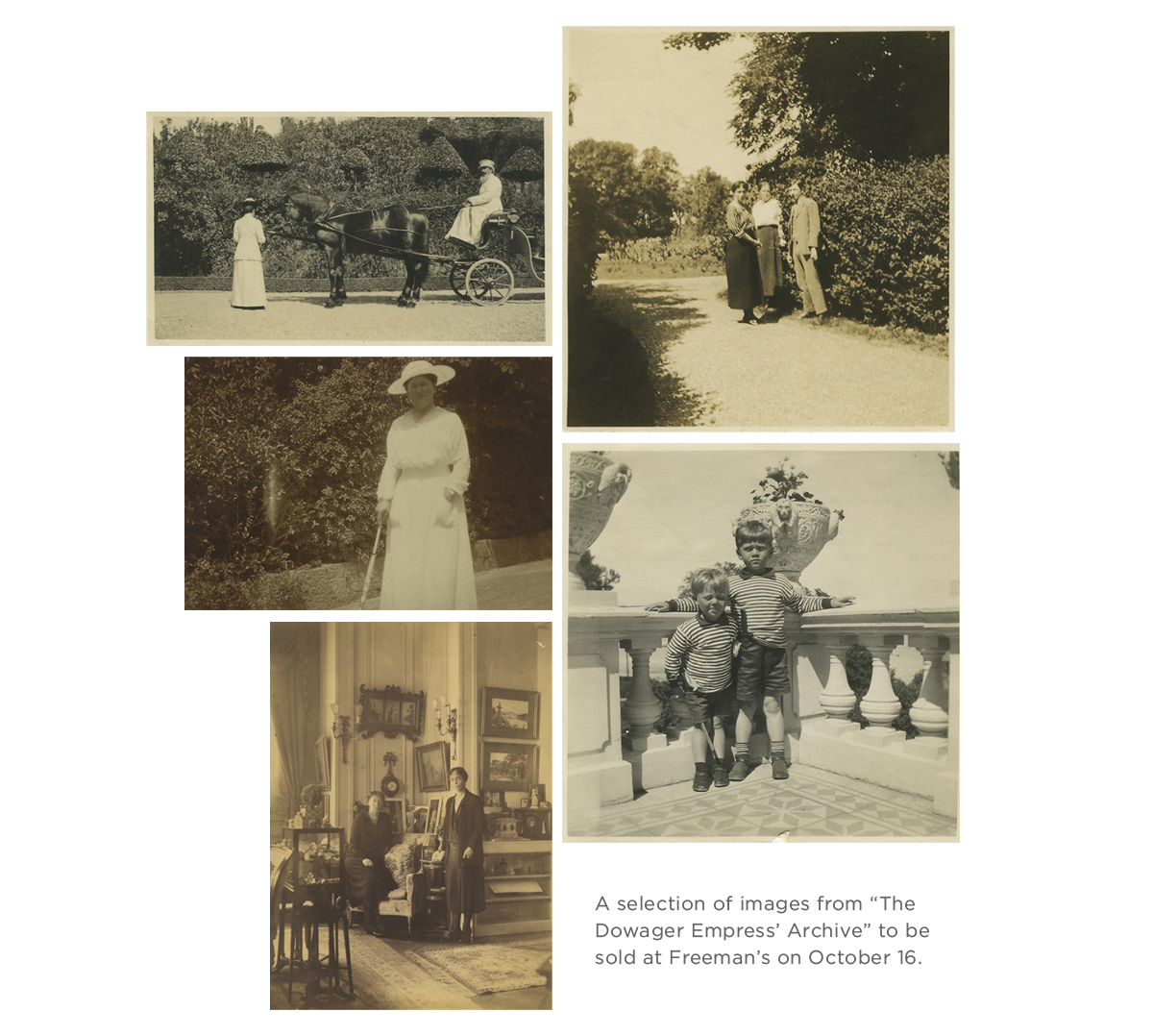 Nicholson noticed that the Hvidøre images contain important individual works of fine and decorative art, including works by Fabergé, visible and identifiable under magnification.

"It was the pictures of the interiors that interested me most," Nicholson said. "Major discoveries have been made in the Fabergé field by looking carefully at photographic evidence under high magnification."

When Nicholson saw the photographs of the Empress' residence Hvidøre, his eyes went immediately to the desks, vitrines and side tables. "They were littered with Fabergé objects, some of which were immediately recognizable," Nicholson continued. "Even with the naked eye, I could see the St. Andrew frame among the belongings." 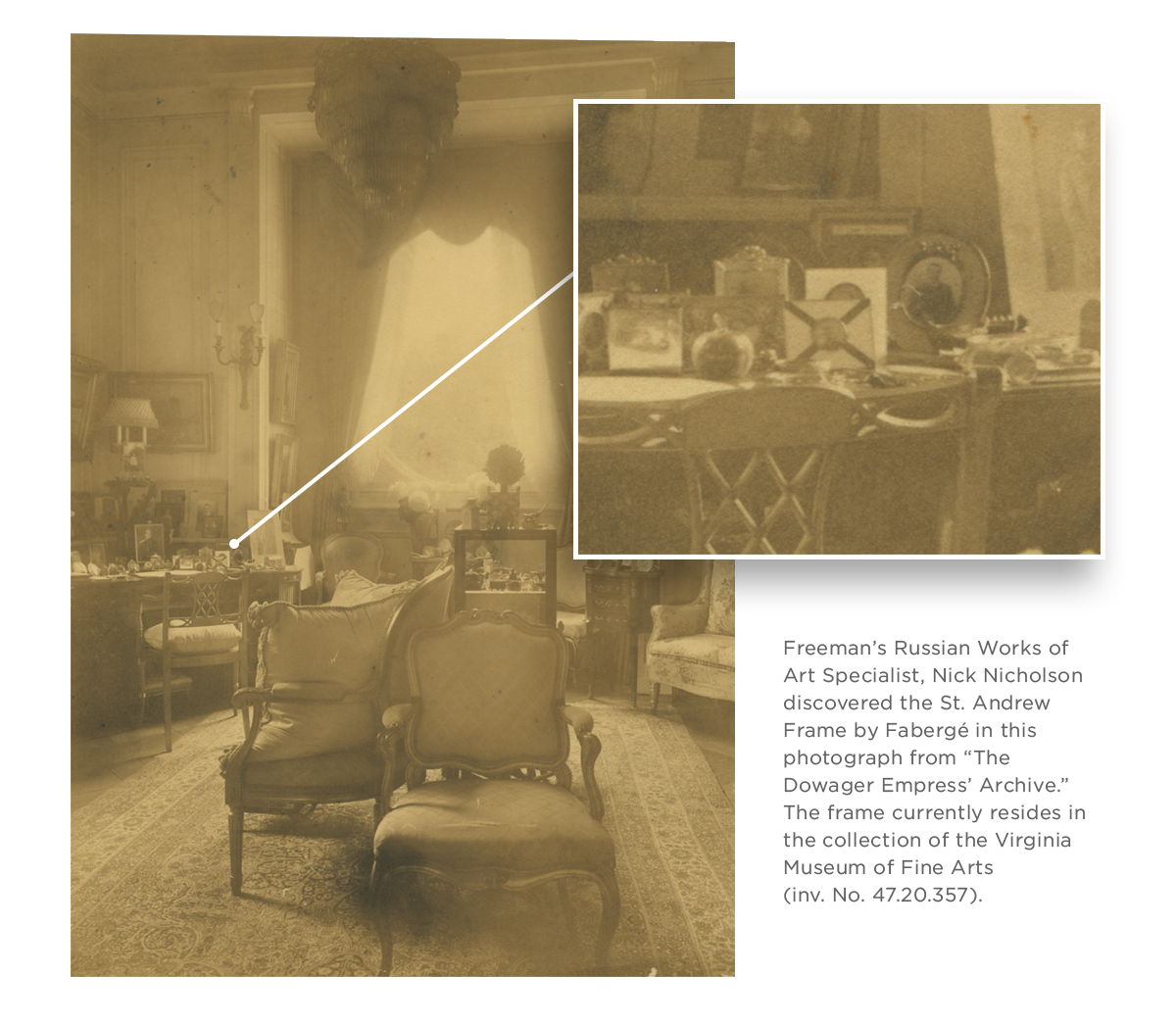 The "Cross of St. Andrew" frame by Fabergé-currently in the collection of the Virginia Museum of Fine Arts (inv. No. 47.20.357.)-was acquired by collector Lillian Thomas Pratt in the 1930s. In the VMFA's 2011 catalogue Faberge Revealed: At the Virginia Museum of Fine Arts, Fabergé scholar Dr. Geza von Habsburg noted that this frame had been purchased from Fabergé by the Emperor Nicholas II and Empress Alexandra Feodorovna on November 17, 1909, at the not insubstantial cost of 125 rubles. The cost of the frame had been split between the Imperial couple, which they frequently did for joint gifts-but the subsequent history of the frame after the initial purchase was unknown until now. 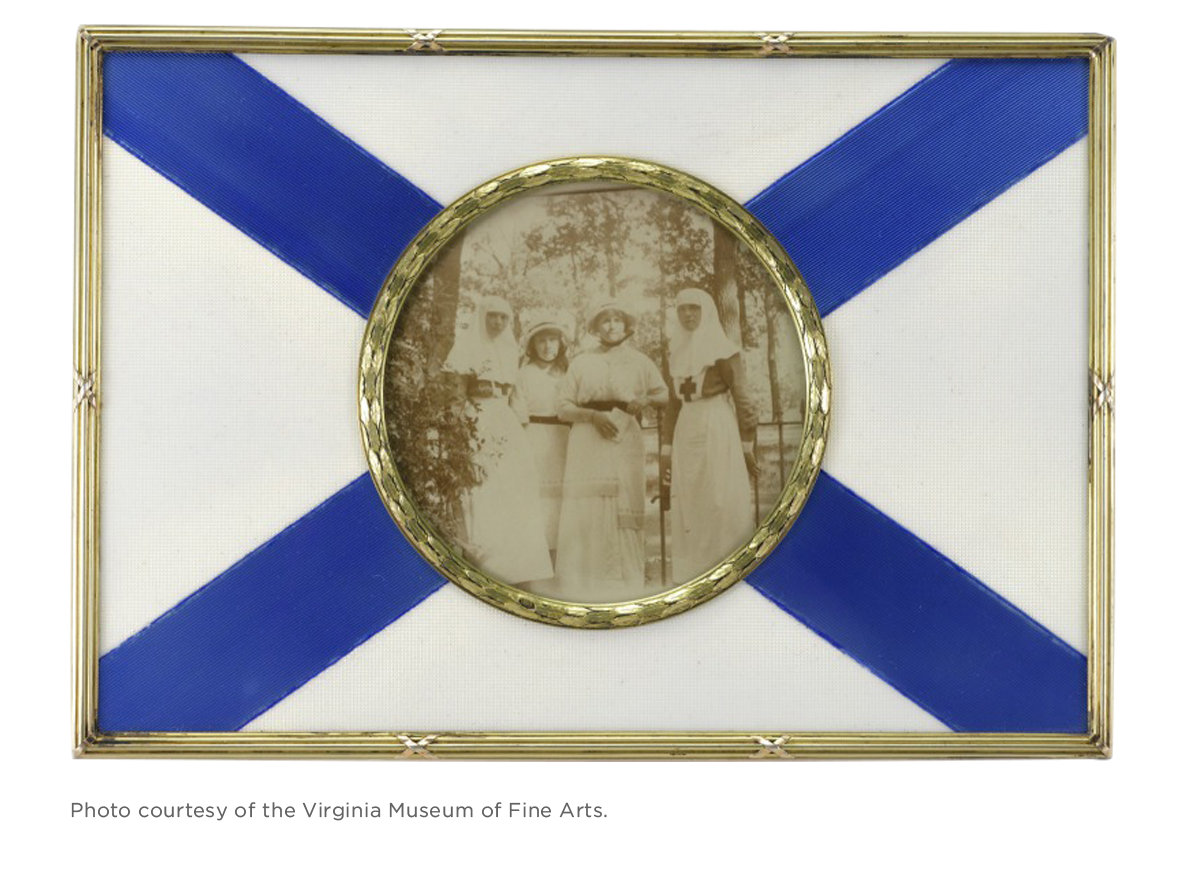 "Given this appearance of the frame in the Hvidøre photograph," Nicholson said, "it seems likely that the frame was given as a gift to the Dowager Empress, presumeably for her birthday on the November 26, by her son and daughter-in-law. It later came to be displayed at Hvidøre with the rest of her collection. The Dowager Empress died in 1928, and when Hvidøre was sold, her collection was divided up between her daughters, Grand Duchess Olga and Grand Duchess Ksenia (for a work by Grand Duchess Ksenia, see also lot 12)."

Nicholson believes the frame may have been sold to Armand Hammer by Grand Duchess Ksenia, perhaps via one of her sons, either Prince Nikita or Prince Vasily of Russia, both of whom visited New York in the early 1930s. The frame was first exhibited publicly at Lord & Taylor in New York in 1933, and again that year at the Hammer Imperial Exhibit. 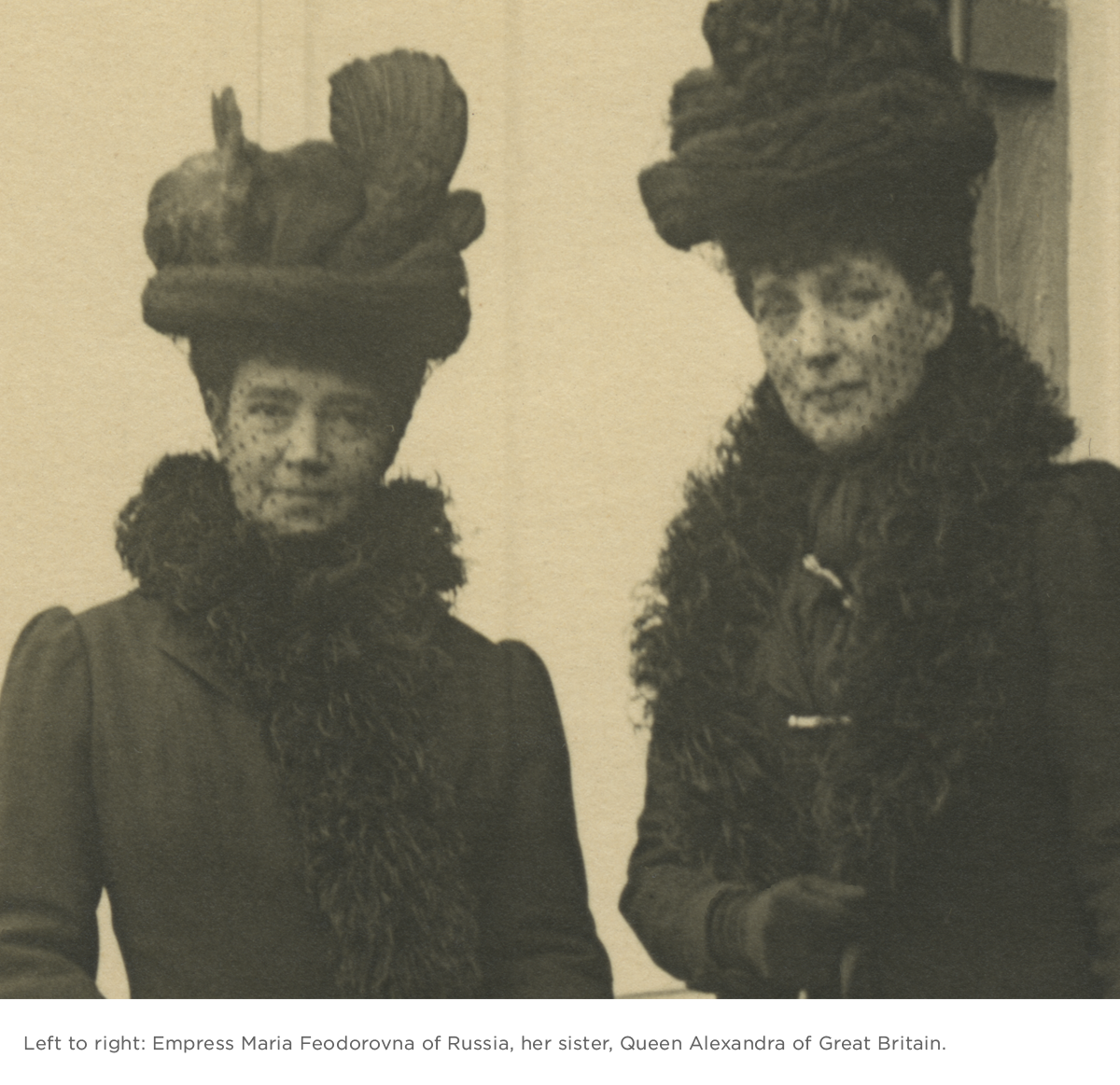 Nicholson also noted that in one image, there are over 50 individual frames and objects that perhaps may have been executed by the House of Fabergé.

When asked if Nicholson noted any further discoveries, he smiled and said "that will be up to the purchaser of Lot 13 to discover."