Four works by the "father of modern painting"

Collecting the French master's work at all stages of his career.

When the critic Maxine du Camp encountered the work of Jean-Baptiste-Camille Corot in the 1860s, he proclaimed, “M. Corot has a remarkable quality that has eluded most of our artists today: he knows how to invent. His point of departure is always nature, but when he arrives at the interpretation of it, he no longer copies, he remembers it.” This quality of invention is clear in Corot’s canvases, with their dreamlike palettes and brushstrokes—but where did it begin?

Corot was born just before the dawn of the nineteenth century in Paris to the notable French milliner Marie-Françoise Corot whose work came to outfit many fashionable Parisians. Corot only turned to painting in his late twenties—perhaps a surprise to his family, as he had not shown much inclination toward the arts until then. After studying under the likes of Jean-Victor Bertin and Achille Etna Michallon, who encouraged him to paint outdoors, Corot traveled to Italy, where he worked in both the portrait and landscape traditions. 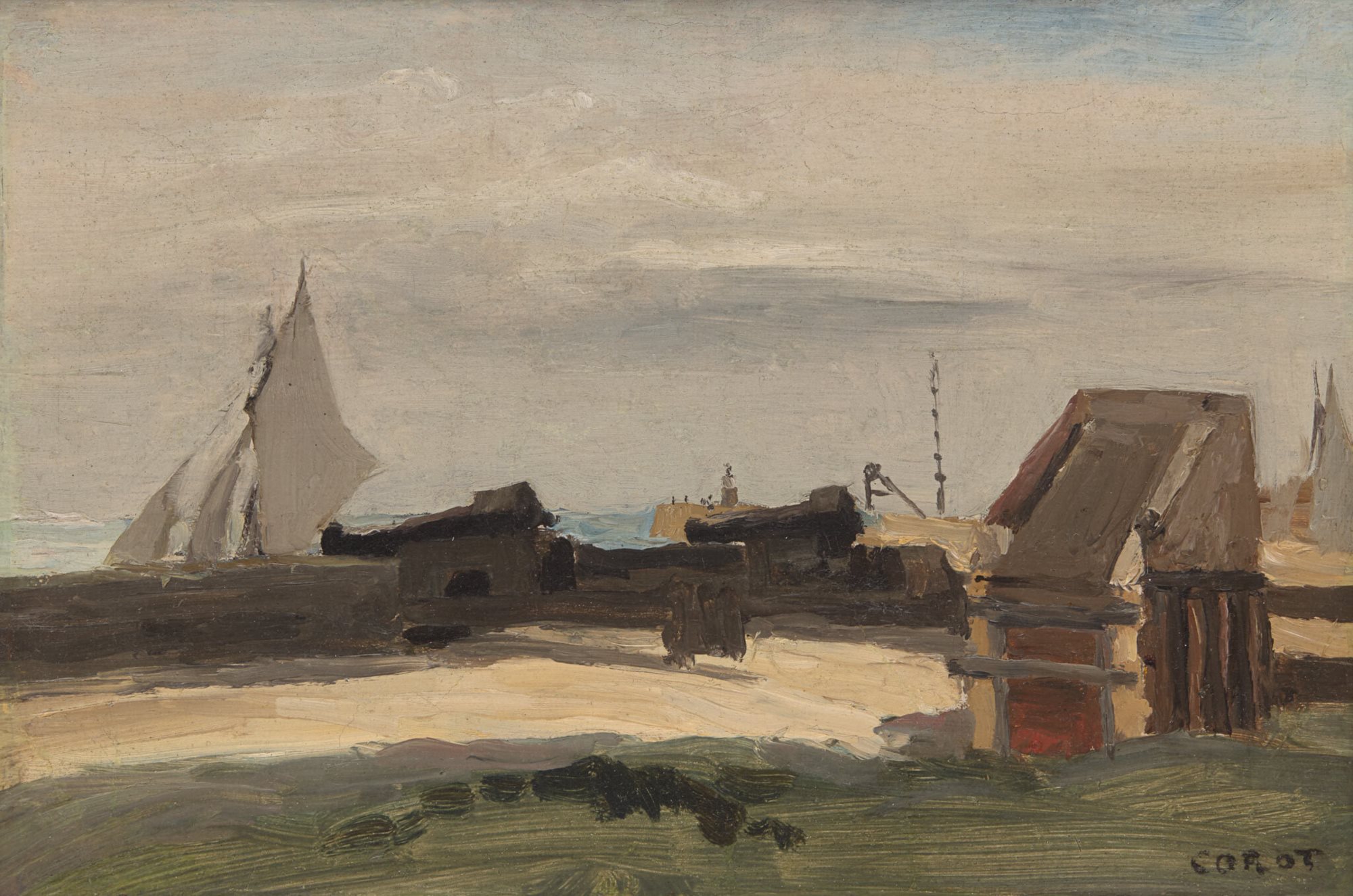 Freeman’s February 22 European Art and Old Masters auction, which features four fine canvases by Corot, underscores the range of Corot’s vision and the diversity of style he came to master in the years following this pivotal trip to Italy and beyond, where he turned to landscape as a lifelong focus. La Batterie de Sainte-Adresse (Lot 35; estimate: $20,000-30,000) highlights not only Corot’s extensive travels throughout Europe (this canvas was painted in Normandy in the 1830s), but one mode of working for which Corot became well-known: the plein-air sketch.

Here, Corot renders a seaside scene in plain, expressive swaths of paint and on a small scale—hallmarks of the plein-air studies that would come to define painting in subsequent generations. This portable mode of painting allowed the artist to immerse himself deeply in the landscape and bring forth his immediate impressions, a strategy that helped pave the way for the Impressionist movement to come. As early as 1845, Corot was deemed the “head of the modern school of landscape” by French poet Charles Baudelaire; painters like André Derain—who, for a time, owned La Batterie de Sainte-Adresse—were deeply influenced by Corot’s use of plein-air sketches and considered him the “father of modern painting.” 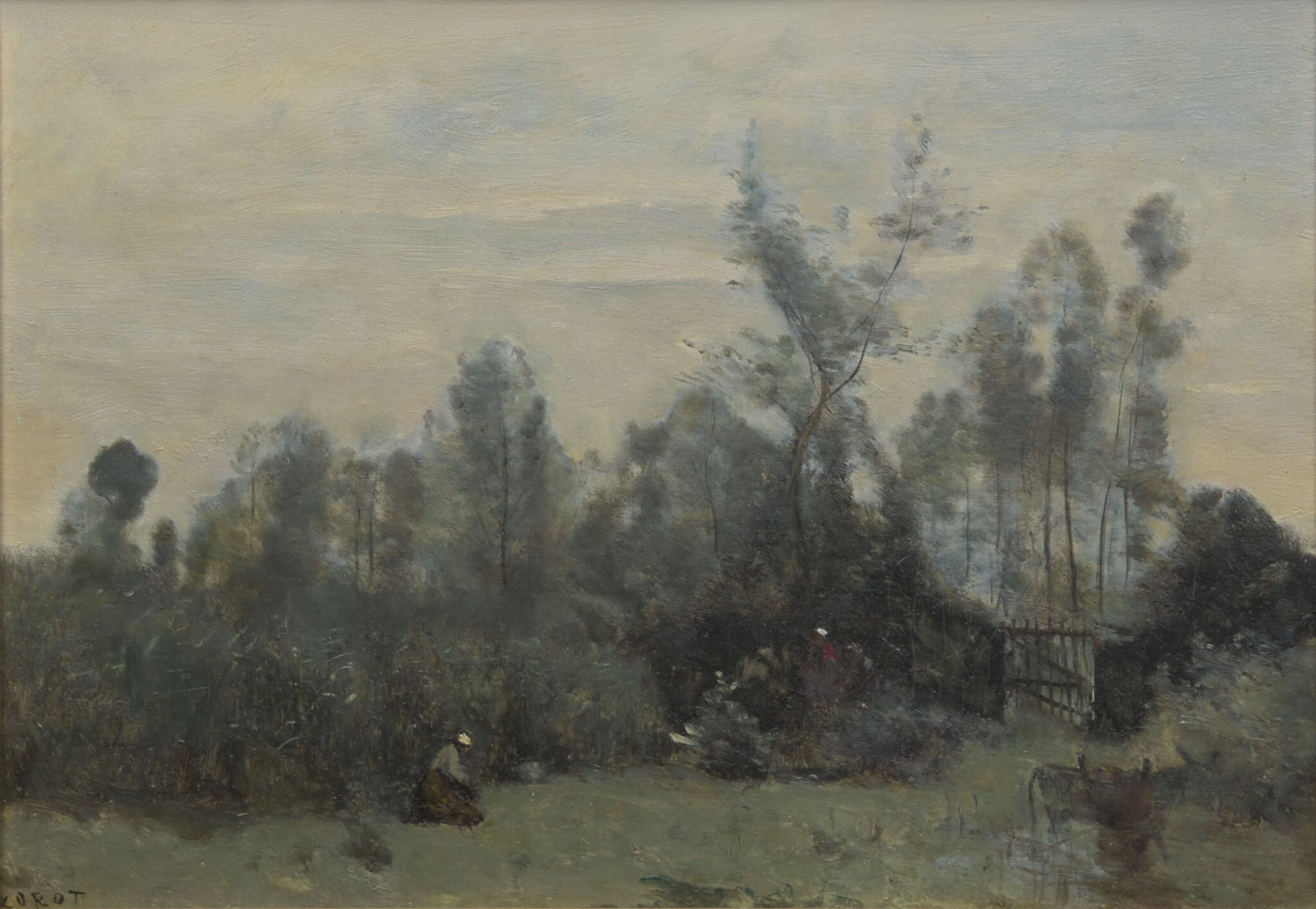 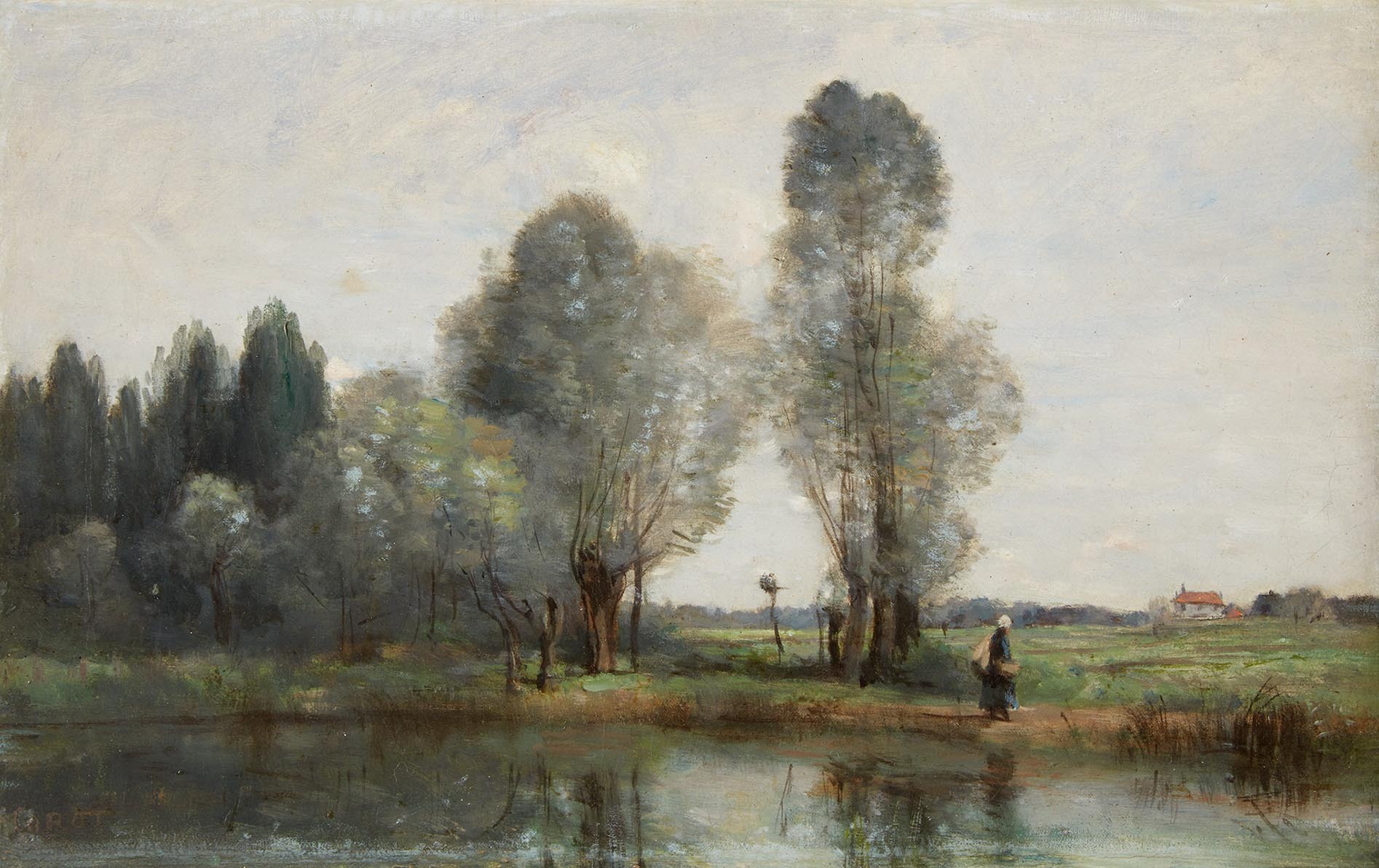 European Art and Old Masters not only highlights Corot’s range, from sketch to completed work, but traces his artistic development over time. Some twenty years after Corot sketched the Normandy seaside in La Batterie de Sainte-Adresse, he executed two peaceful, idyllic landscapes: Paysannes à la Cueillette (Lot 33; estimate: $70,000-100,000), and Saules Près d’un Ruisseau. Limousin (Lot 30; estimate: $40,000-60,000). In both works, Corot brings the French countryside back to his studio to contemplate color and brushstroke, rendering peasants set against landscapes that are at once tranquil and moody in Corot’s palette of dark greys, blues, and greens. Like his fellow Barbizon School painters, Corot broke with the Neoclassicism of the day to depict nature as he really saw it, with a poetic softness and stillness that influenced generations of painters to come. 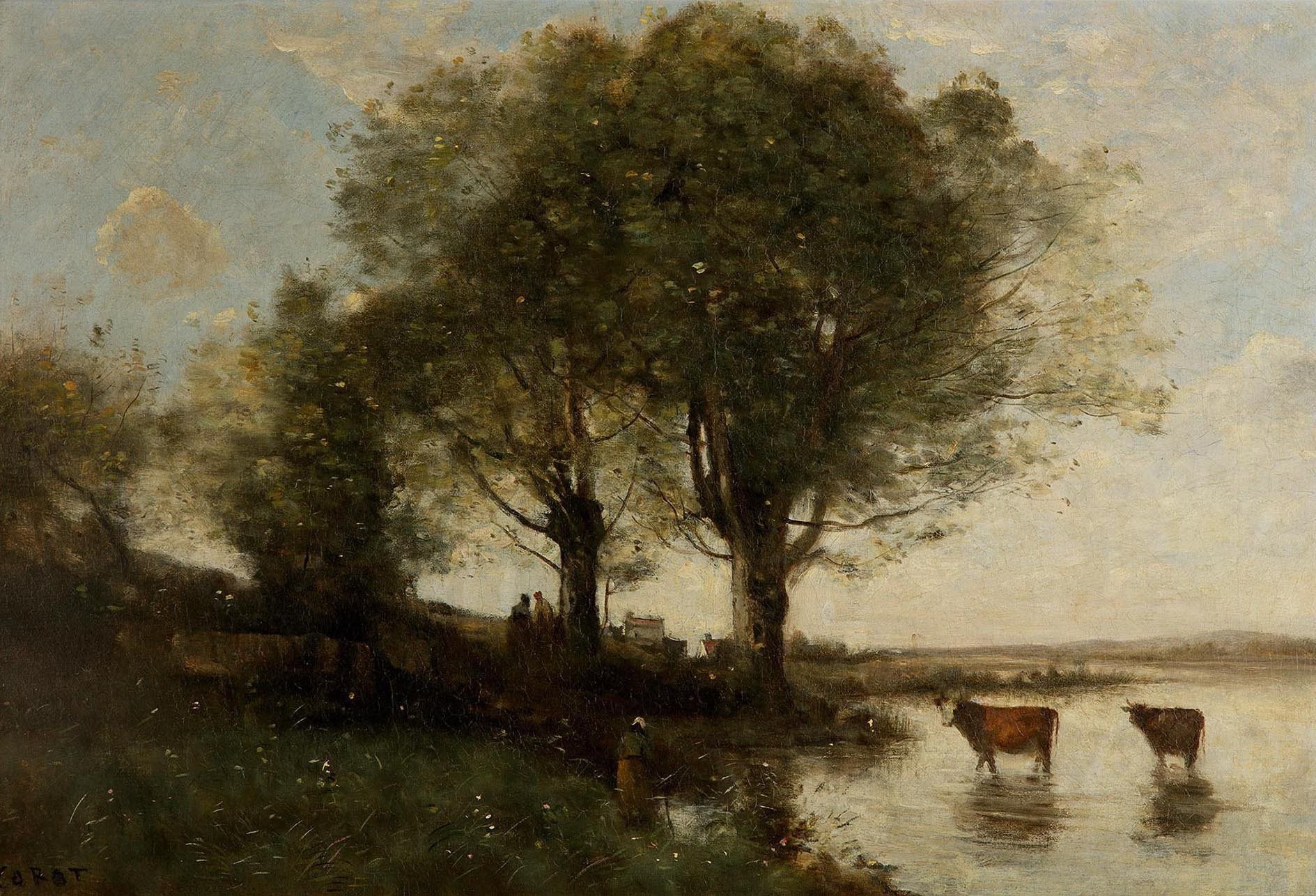 Le Rappel des Vaches, painted only five years prior to Corot’s death in 1875, is an excellent example of the artist’s style near the end of his career (Lot 27; estimate: $100,000-150,000). The landscape emblematizes Corot’s late ethereal style, in which plein-air observation is mixed with the artist’s own poetic, romantic flourishes. Here, small peasant figures tend to their tasks, two cows cool off in the river, and Corot’s mastery of color depicts a subtly shifting sky. Corot’s later works like Le Rappel des Vaches can be seen as modern reinterpretations of Nicolas Poussin’s nymphs—with rural, earthy references in place of Poussin’s stylized landscapes—and highlights the ways in which Corot elegantly bridged the worlds of Academic art and Impressionism.

Corot was a deeply influential figure to his contemporaries and the generations that followed, and remains a major figure in the demand for landscape painting today, with strong appreciation and collection of his work, particularly in the United States. With four important works by the artist in a single sale, Freeman’s European Art and Old Masters presents audiences with the opportunity to collect Corot’s work at multiple stages of his career and appreciate his renowned sensitivity to atmosphere, light, color, and the natural world.