The production of Chinese porcelain dates back to the Tang Dynasty (618-907), and its history as an export product is almost as extensive. Beginning in the Middle Ages and amplifying through Silk Road trade, the rise of the Dutch East India Company, and 18th- and 19th-century intercontinental trade routes, Chinese porcelain became a treasured, valued commodity among Western audiences.

Perhaps no Western audiences were quite as enthusiastic about Chinese export porcelain as Gilded Age Americans, who increasingly looked to the East for luxury objects and home furnishings, from Persian rugs to Chinese dinnerware sets. This lushly patterned porcelain meshed well with the eclecticism of the day, which prized collections sourced from a wide variety of cultural and aesthetic sources as a way of signaling worldliness. 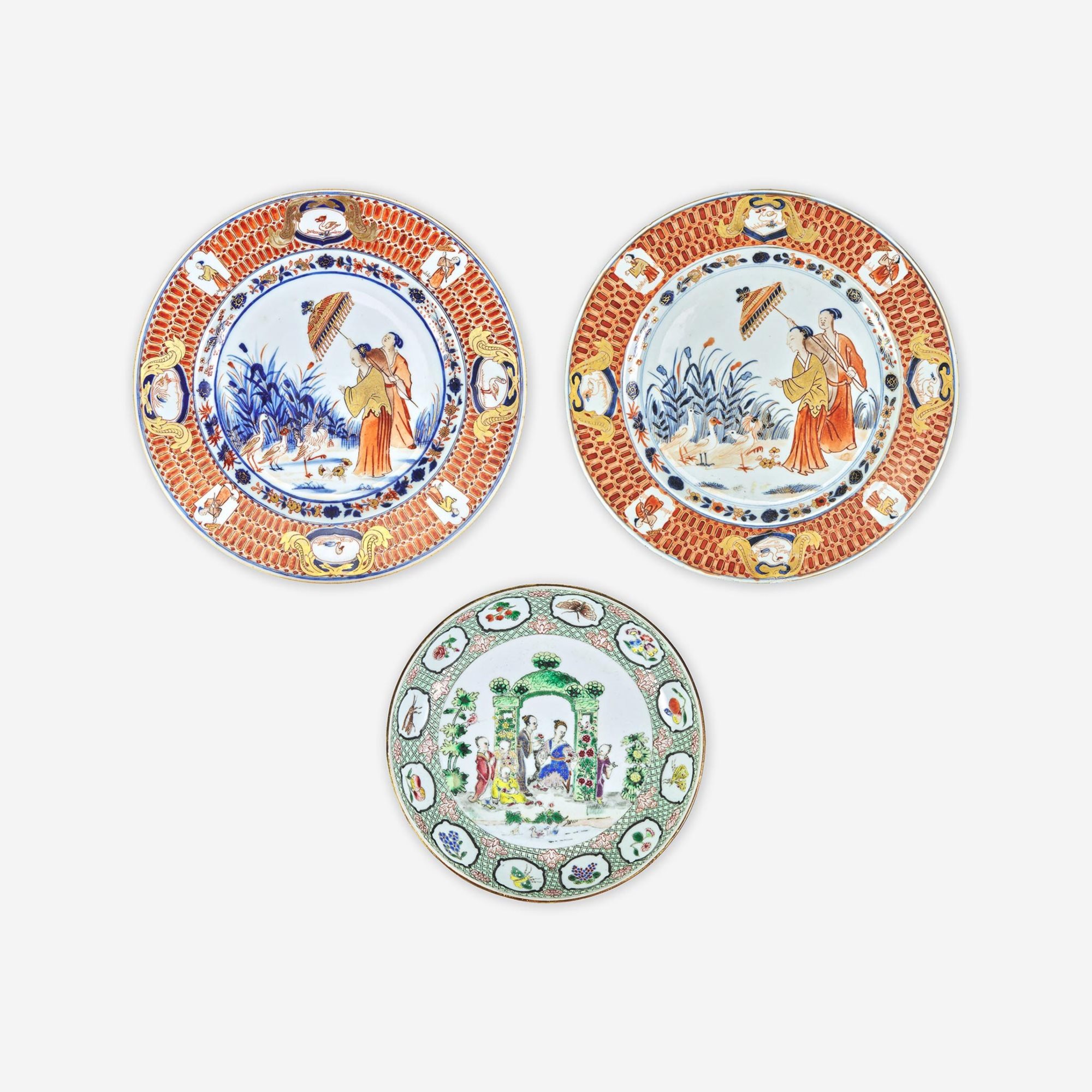 A Group of Three Chinese Export Porcelain Plates | Sold for $4,095

This collecting enthusiasm was so pronounced that it began to shape the market itself: as early as the 16th century, Chinese makers and distributors began to cater their work specifically to European—and, later, American—audiences. America first entered into direct trade with China in 1784, only a few decades following the creation of a group of three Chinese export porcelain plates that were featured in Freeman’s February 24 Gilded Age auction (Lot 114; sold for $4,095).

Fashioned after designs by Cornelis Pronk, the three plates include two in Pronk’s “Dames au Parasol” pattern and one in his “Arbor” pattern. A Dutch draftsman and artist, Pronk was commissioned directly by the Dutch East India Company to design patterns for Chinese export works specifically for European audiences. 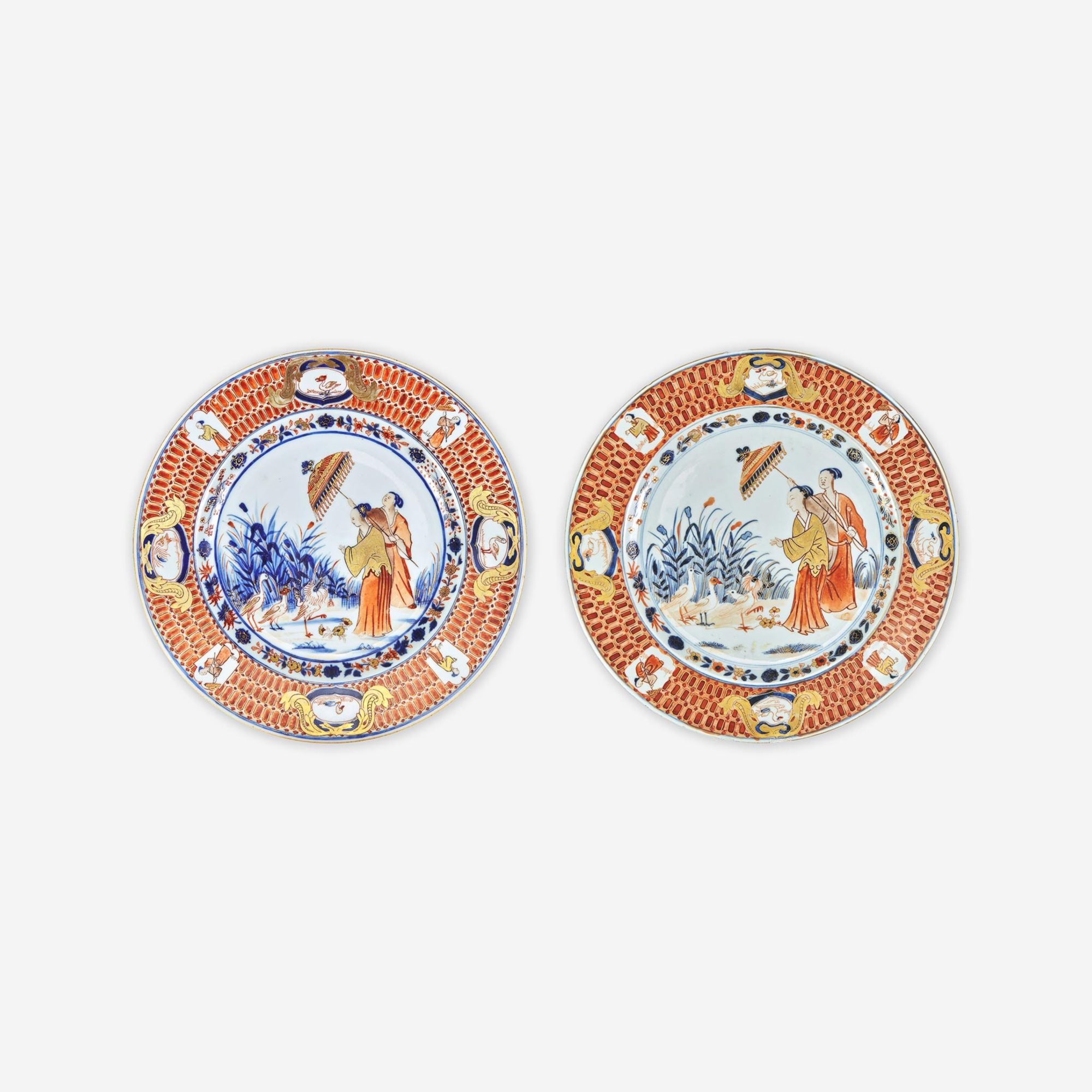 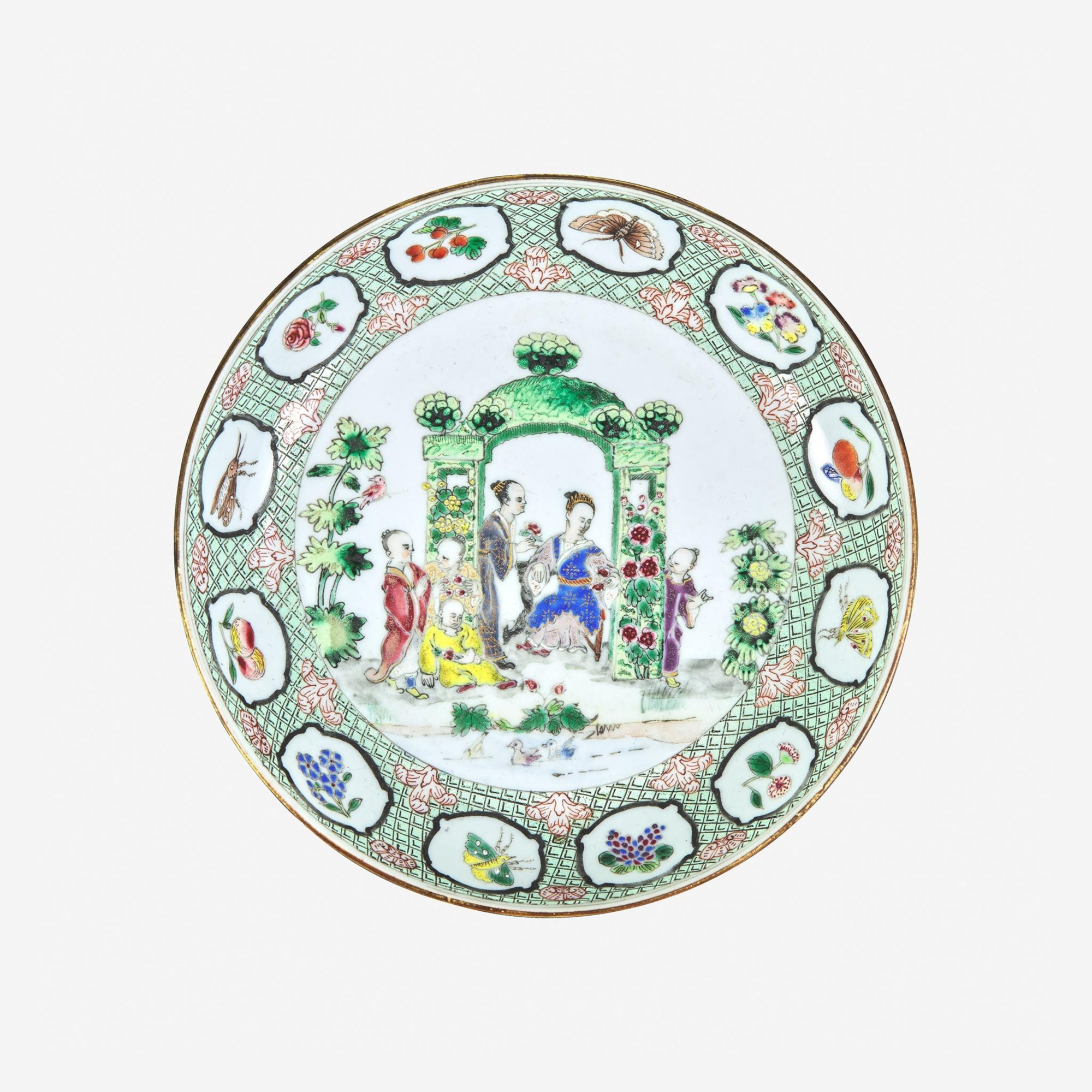 With Chinese subjects, floral and botanical motifs, and bright blue, orange, and green hues, Pronk’s porcelain designs typified the chinoiserie of the day, offering a Western interpretation of life in the East (the two birds featured in the “Dames au Parasol” pattern, for instance, are a ruff and a spoonbill—both native to Holland). These designs issue from a historical moment in which Chinese-European trade and exchange were fairly new, but the work retains strong market demand today. Chinese export works with Pronk designs have consistently outperformed estimates at Freeman’s, most recently with the 2019 sale of a “Dames au Parasol” bowl and tea caddy for $2,375, and a set of four plates in the same pattern that sold for $4,095 in 2021.

Cornelis Pronk wasn’t the only Dutch artist whose designs graced 18th-century Chinese export porcelain; The Gilded Age also featured three Chinese export porcelain grisaille and gilt decorated plates by Jan Luyken, a Dutch poet and engraver known for his dramatic etchings of religious scenes. The present set (Lot 115; sold for $5,670), stands apart from the Pronk designs in both subject and color schemes: rendered en grisaille, the plates depict Christian Resurrection scenes after Luyken’s work. A testament to the strong trade ties and cultural crossovers between China and Europe by the mid-18th century, the set features a fine marriage of Chinese artistry and manufacturing and European cultural and religious tradition. 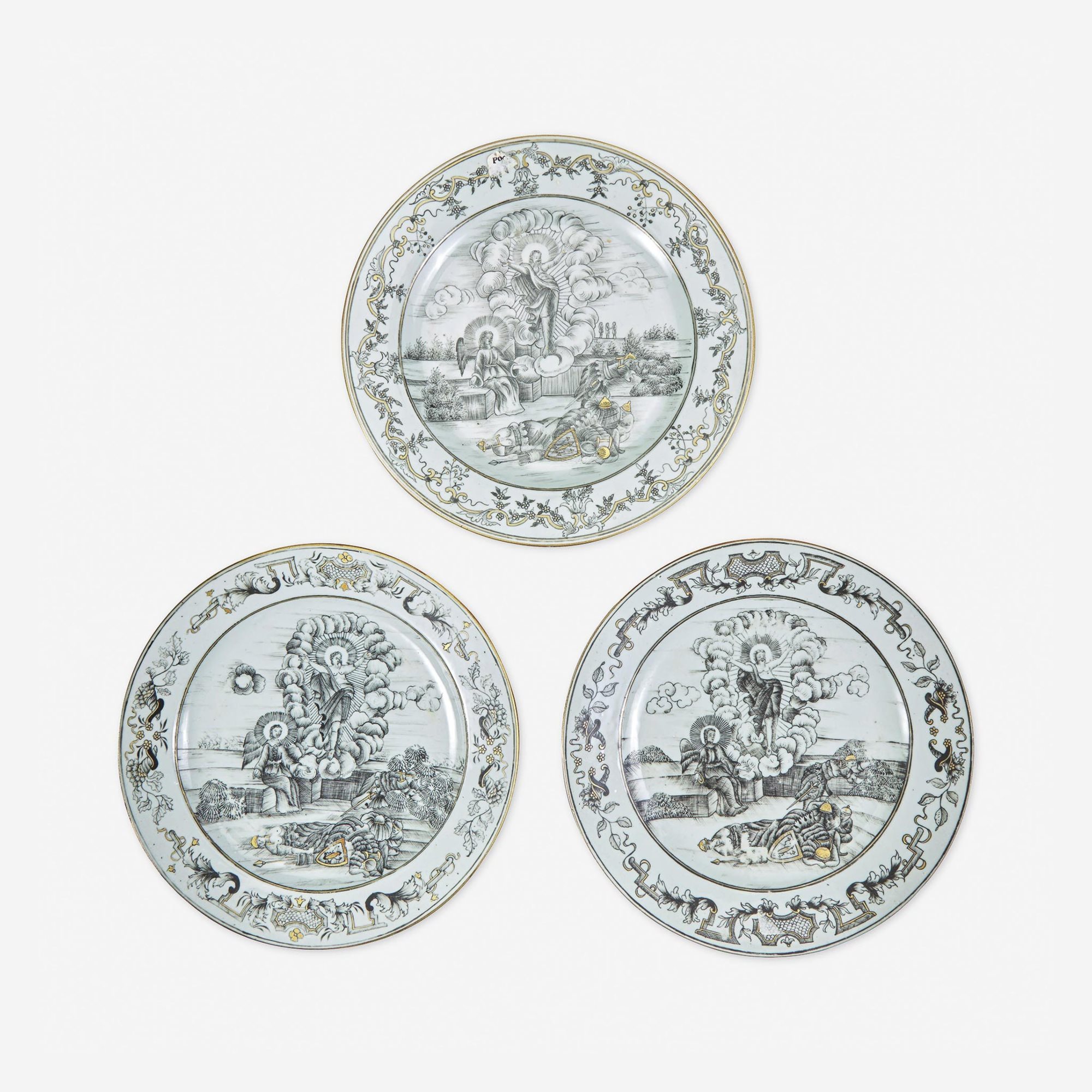 Though Chinese export porcelain has a rich and storied history—hearkening back to a time of the beginning of East-West trade, as well as the sumptuous Orientalism of America’s Gilded Age—there may be no better time than the present to collect this work. Citing a massive uptick from 2020 to 2021 in market demand for fine china, Hilary Reid wrote in the New York Times that “fans of using fine china, which is usually made with porcelain, say it makes everyday meals far more celebratory than the minimalist earthenware popular in the past few years ever could.”

In addition to the Pronk and Luyken designs, The Gilded Age offered lovers of Chinese export porcelain numerous opportunities to collect fine examples, including a massive porcelain rose medallion punch bowl (Lot 124; sold for $11,340), a pair of famille rose candlestick figures (Lot 123; sold for $2,394), and a magnificent porcelain armorial charger made specifically for Thomas “Diamond” Pitt, a notorious rebel private trader in India (Lot 118; sold for $6,930).