Freeman's is privileged to offer a fine and representative collection of painted and glazed pottery sculptures and vessels dating from the Neolithic period to the Ming Dynasty in its March 12 Asian Arts auction.

Long before the earliest written glyph, Chinese potters had mastered the skills necessary to create extraordinary ceremonial ceramics. Initially simple forms, echoing the utilitarian vessels for preparing and storing foods, these prestige wares, often boldly decorated, were made to accompany their owners into the afterlife. 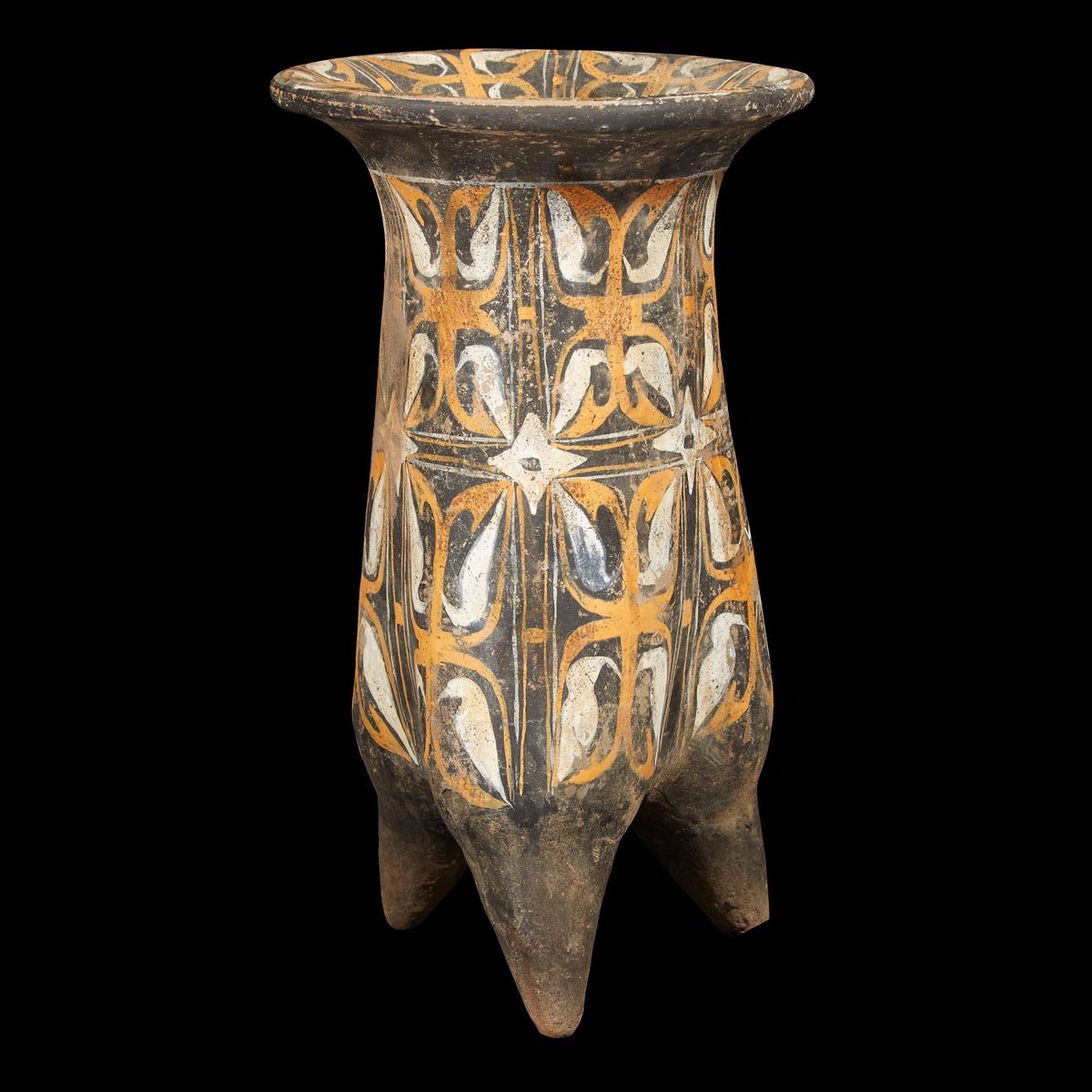 Some of the earliest wares in Freeman's Asian Arts auction are those from the Banshan and Xiajiadian cultures. Many of the 5000 year old Banshan vessels are of a distinctive globular form with tapered base and narrow neck, decorated with bold graphic patterns in blacks and russets (lot 1). These are distinctly contrasted with a later Neolithic (circa 1500 B.C.) painted grey pottery tripod vessel from the inner Mongolian Xiajiadian culture (lot 3), the dark body contrasting with the orange and white floriform motifs painted on the body. By the Han dynasty (206 B.C. to 220 AD), figural representations had become prevalent, standing in place of the earlier sacrifice of human retainers for the burial complexes of the cultural elite. These figures, though often stylized representations of human form, introduce the modern viewers to the life and fashion of the Han courts. These include armored guardians, sinuous dancers, such as the pair of dancers (lot 8), and attendants. 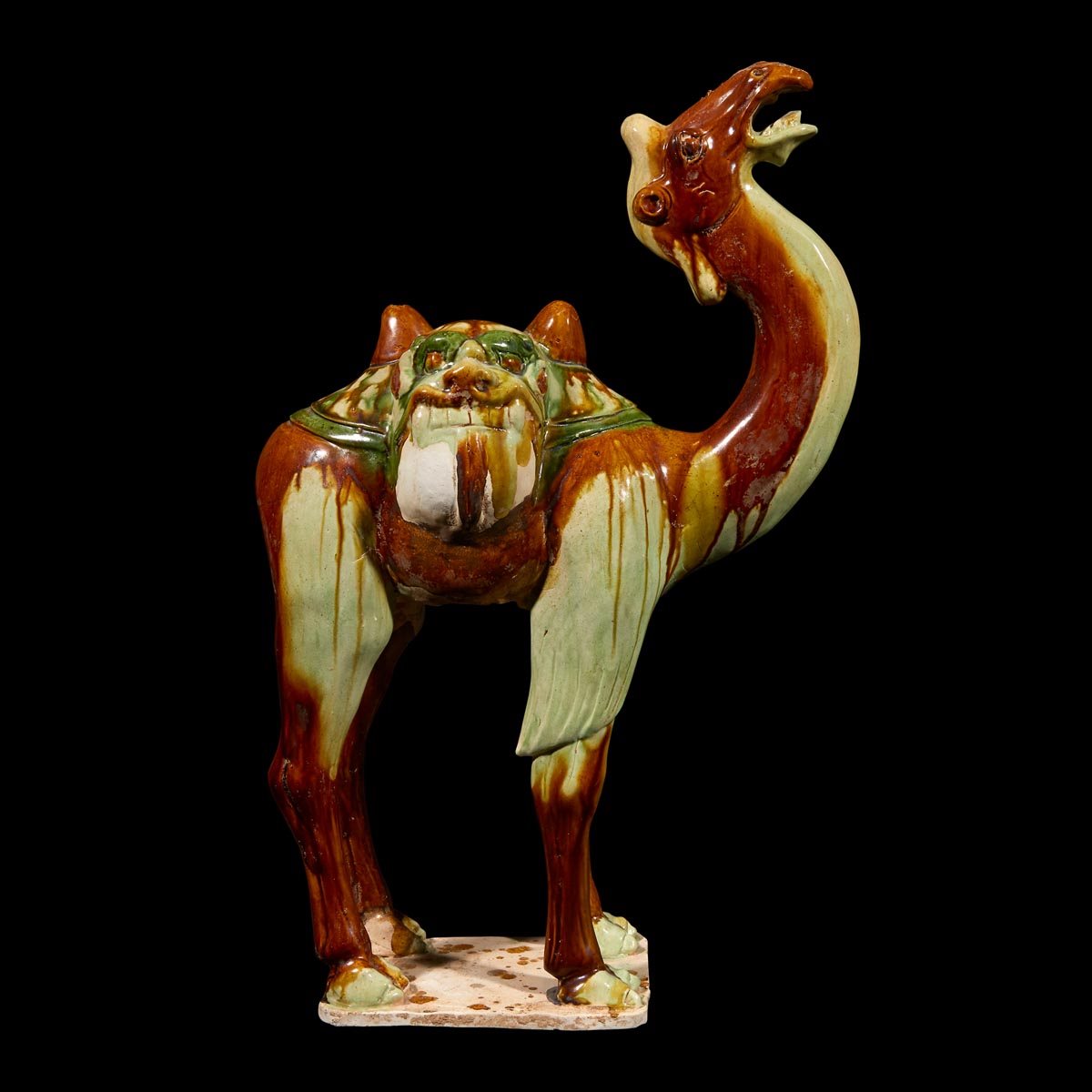 This focus on secular life reached an artistic peak during the Tang dynasty, an extraordinary time in China's history, where high culture was an elegant and exotic fusion of east and west, facilitated by the spread of ideas and fashions along the silk route. This influence of exotic trade was already evident during the Northern Qi period, illustrated by the grey pottery model of a kneeling camel (lot 16), loaded with goods. In the Tang dynasty, not only was sculpture becoming more realistic and expressive, but these were further enhanced with the development of the so-called sancai glazes, including brilliant green, amber, straw and blue lead glazes. A fine example of this is the Sancai-glazed camel from the collection of Jeffrey Kaplan (lot 23). The most charming of the figures are often the voluptuous court ladies of the first half of the 8th century, with their draped robes, full faces and elaborate coiffures (lot 21). In the Ming dynasty, a variety of attendants and animals would serve to accompany their masters into the next life. A rare and charming example of this is the pair of painted pottery rams (lot 69). 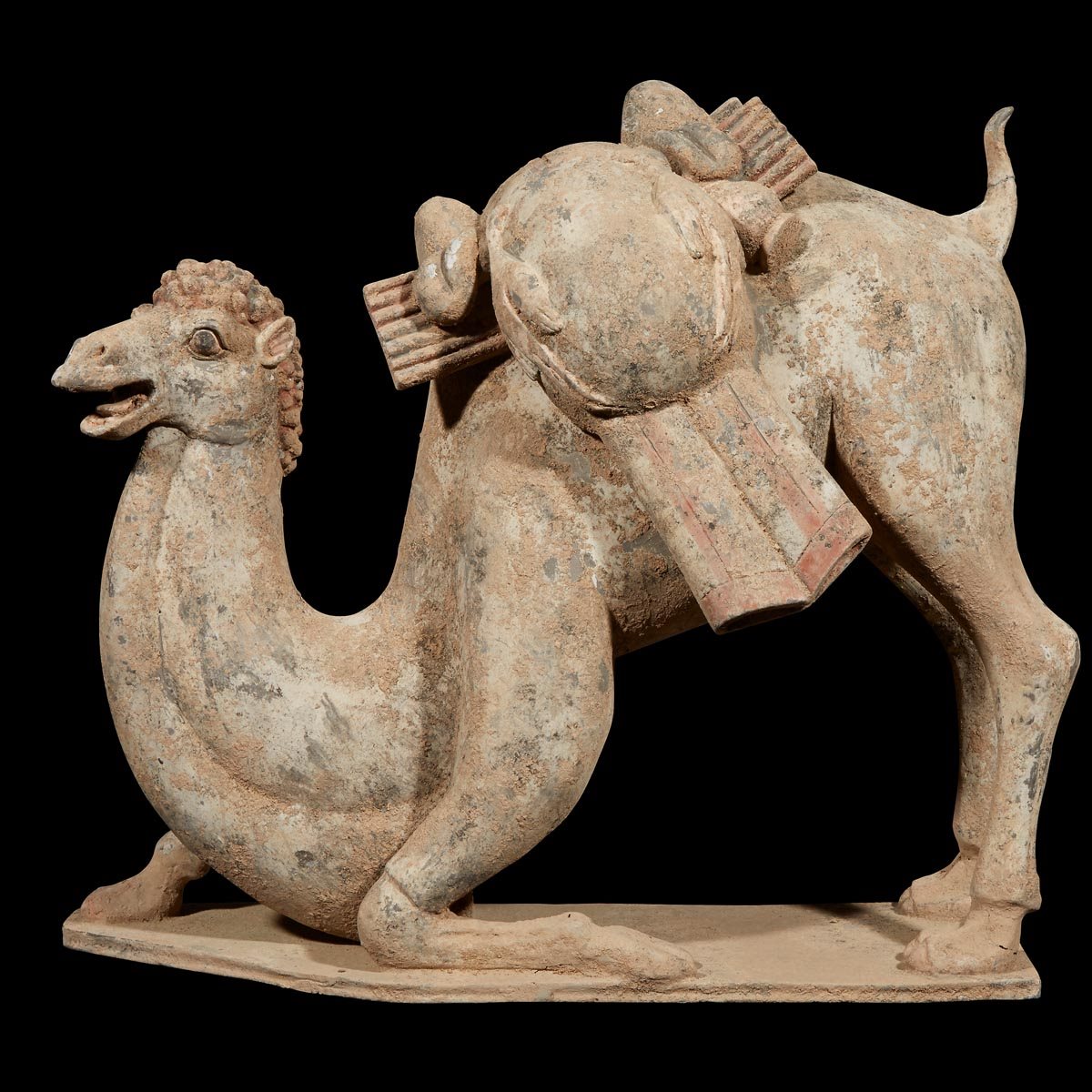