Edward Redfield and the Maine Seascape

Edward Redfield 's depictions of his summers spent on the Maine seashore echo the artist 's spontaneous energy and are considered among his best works.

In 1903, Edward Redfield and his wife, Elise, started summering in Boothbay Harbor and Monhegan Island, Maine. With its rugged hills and shallow beaches, Maine's landscape provided Redfield the liberating opportunity to explore and capture untouched forms of nature unique to the northern seacoast.

The seascapes Redfield painted in Maine during this period are considered among his best works. They reflect his ferocious painterly method with rapid, spontaneous brushstrokes echoing the artist's energy. Robert Henri, who often joined the Redfields in Maine, noted the impression the artist had on local inhabitants, "slinging the paint over big canvases, astounding the natives and astounding the local artists with his rapidity as well as his results..." 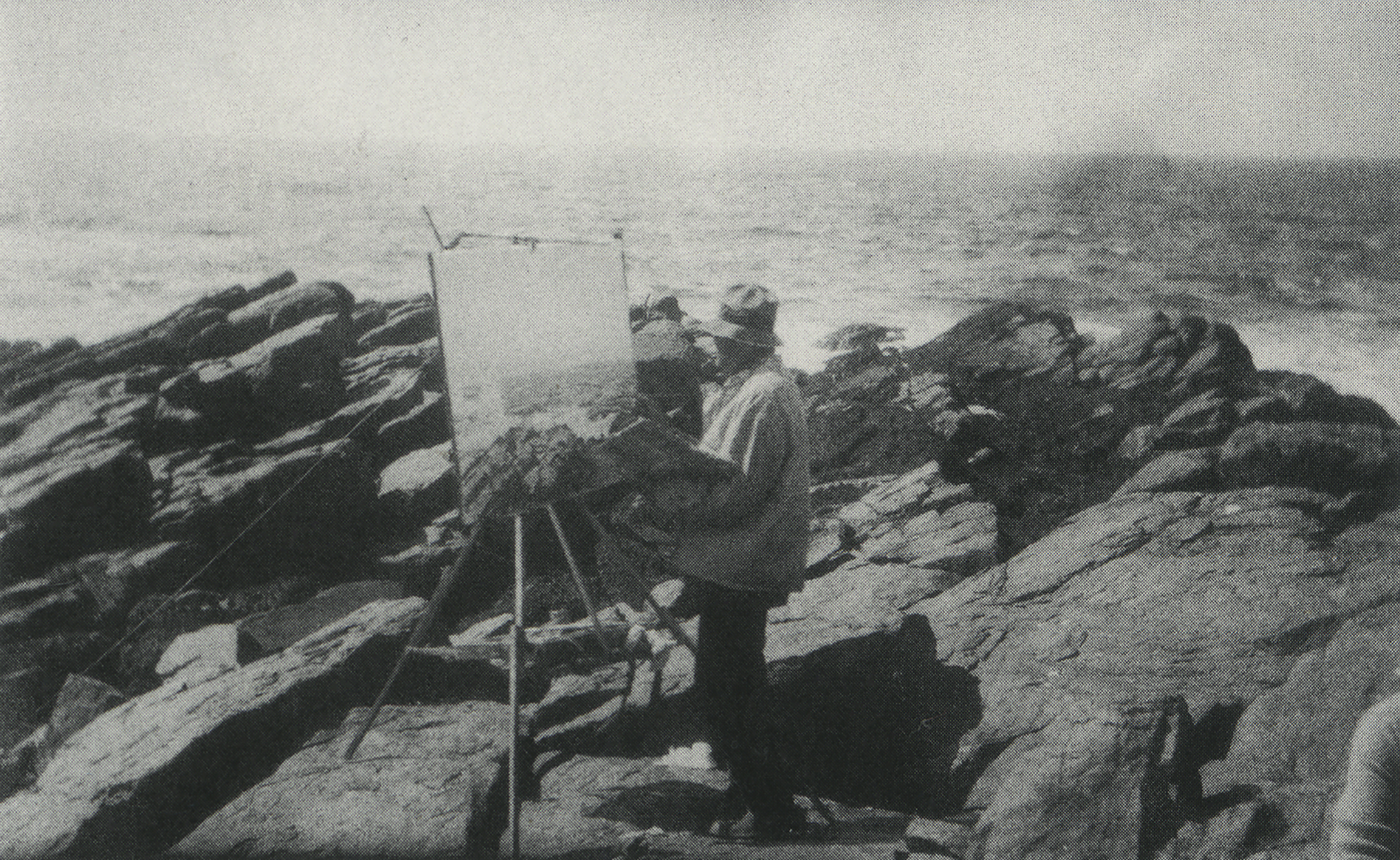 Painted circa 1927-1928, "Solitude" (Lot 127, estimate: $60,000-100,000) depicts the rough seas along the shoreline at Monhegan Island, which Redfield immortalized in several canvases. Here the artist builds up paint with multiple layers of thick pigment, creating a rich impastoed texture reminiscent of his earlier snow scenes set in Bucks County. Through lively and rigorous brushstrokes, Redfield infuses a sense of power to the scene, indicating an ongoing fascination with the elements. Vividly colored rocks in the foreground provide a strong contrast with the pastel-blue sky and the water's whitecaps in the background, producing a well-balanced jewel-toned work celebrating Maine's distinct landscape.

Although he returned to Maine every summer, Redfield confessed that painting water was always a challenge for him.

"I've been trying to get the movement of it," he once said. "The feel of the wind playing over the harbor, the color; the life. I've only been going up there painting water for a few years now. Maybe after seven or eight years of painting water I'll be able to get it right." 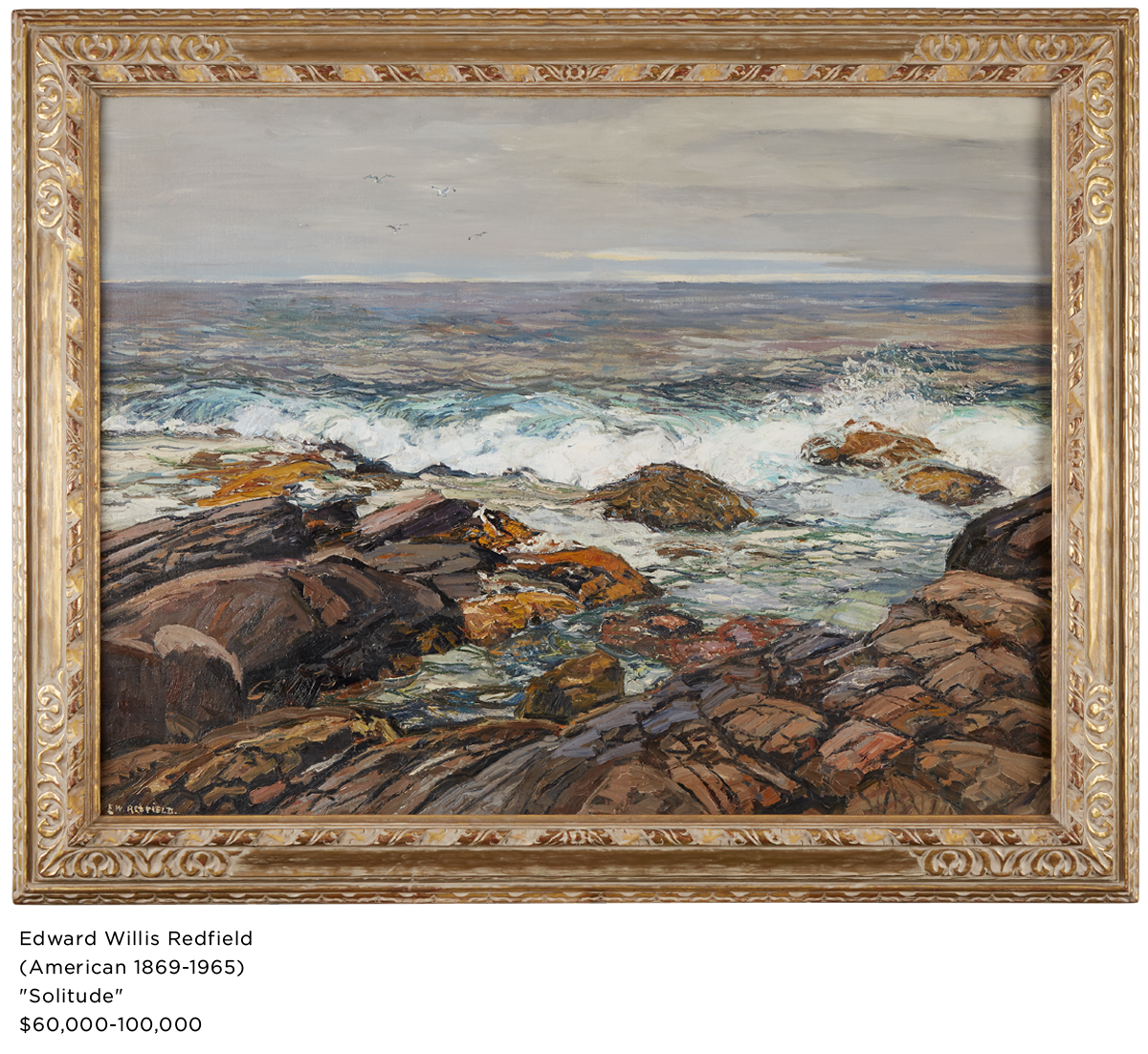 The depiction of the ocean in this present work seems to prove otherwise. Redfield is able to capture the essence of the indomitable body of water through his vigorous, yet scaled brushwork. He counterbalances the roughness of the sea via deep greys and blues, which convey a striking sense of tranquility. Its title serves as a poetic reminder of the artist's meditative mood and interest in capturing the transient qualities of a deserted scene, when man is in full harmony with nature.