On offer at Freeman's May 11, Moore's Architectural Project highlights the artist's lifelong vision.

Henry Moore’s Architectural Project (1969) exemplifies the artist’s intention that sculpture not entirely reveal itself on first glance. Viewed in the round, from all angles, the bronze forgoes a true frontal perspective, swooping and swerving, creating new positive and negative relations in space, and at times calling up the forms of an animal, a reclining figure, a cloud, a landscape. Created at a mature point in Moore’s career, Architectural Project embodies the persistent influences in Moore’s lifetime of work, as well as the unique, vital energy of his later production. 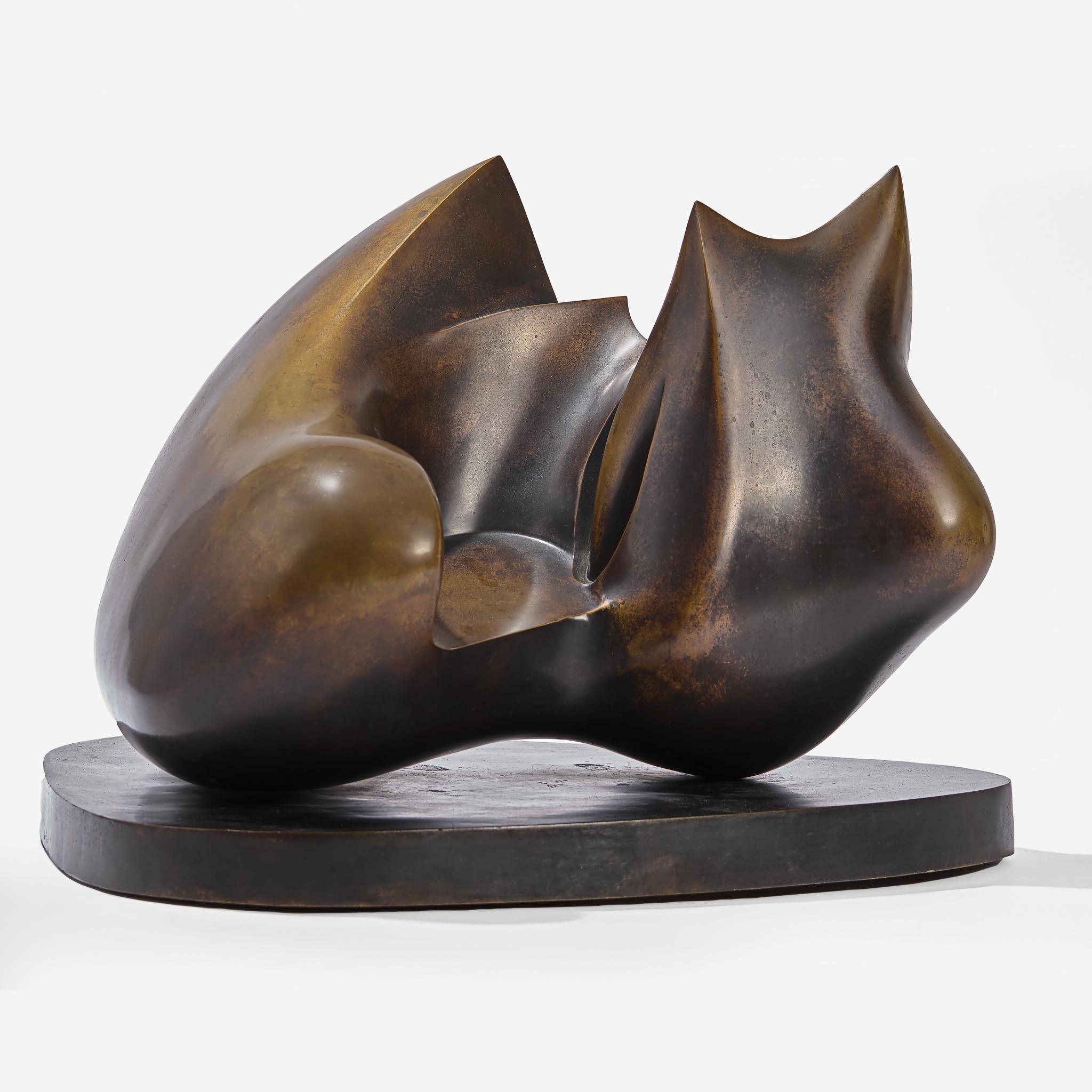 Henry Moore grew up as the seventh of eight children to a coal mining family in Yorkshire, England. While he felt drawn to art, and particularly sculpture, as a young child, his parents encouraged him toward the more stable career of teaching. He began a teaching position at the grammar school he attended upon graduation at age 17, and then decided to enlist in the army the following year, serving in a rifle battalion in World War I where he was injured.

After the war, on a rehabilitation grant, he attended Leeds School of Art, where he met fellow artists Raymond Coxon and Barbara Hepworth. The three subsequently enrolled at the Royal College of Art in London in 1921, where Moore completed a three-year sculpture course. During his time in London, Moore spent hours at the National Gallery of Art and the British Museum, studying the ancient stone and wood carvings and fragments in their collections, from ancient Egypt, the indigenous Americas, and Asian cultures. The form, energy, and movement of these works captivated him, and these influences endured throughout his long career.

As Moore developed his unique modernist aesthetic in his 20s and 30s, his work began to gain recognition in England and abroad. He exhibited in his first group show in 1924 at Redfern Gallery, London, and four years later had a solo exhibition of sculptures and drawings at Warren Gallery, London. That same year, his first public commission was granted with seven other artists: to create a relief for the façade of the new headquarters of the London Underground. He later served as an Official War Artist during World War II, drawing everyday Britons sheltering in the London Underground during air raids and dealing with the atrocities of the war. This work gained him a wider audience in his home country.

The artist had his first major international retrospective at the Museum of Modern Art, New York, in 1946 and later represented Britain at the Venice Biennale in 1948. Seen as an “icon for post-war Britain,” Moore began receiving numerous commissions around this time, including the 1957-58 Reclining Figure at the Paris UNESCO headquarters at the Place de Fontenoy. Moore maintained a teaching position throughout much of his career, at Royal College, and later at Chelsea School of Art. His influence can be strongly felt in the younger artists he mentored. 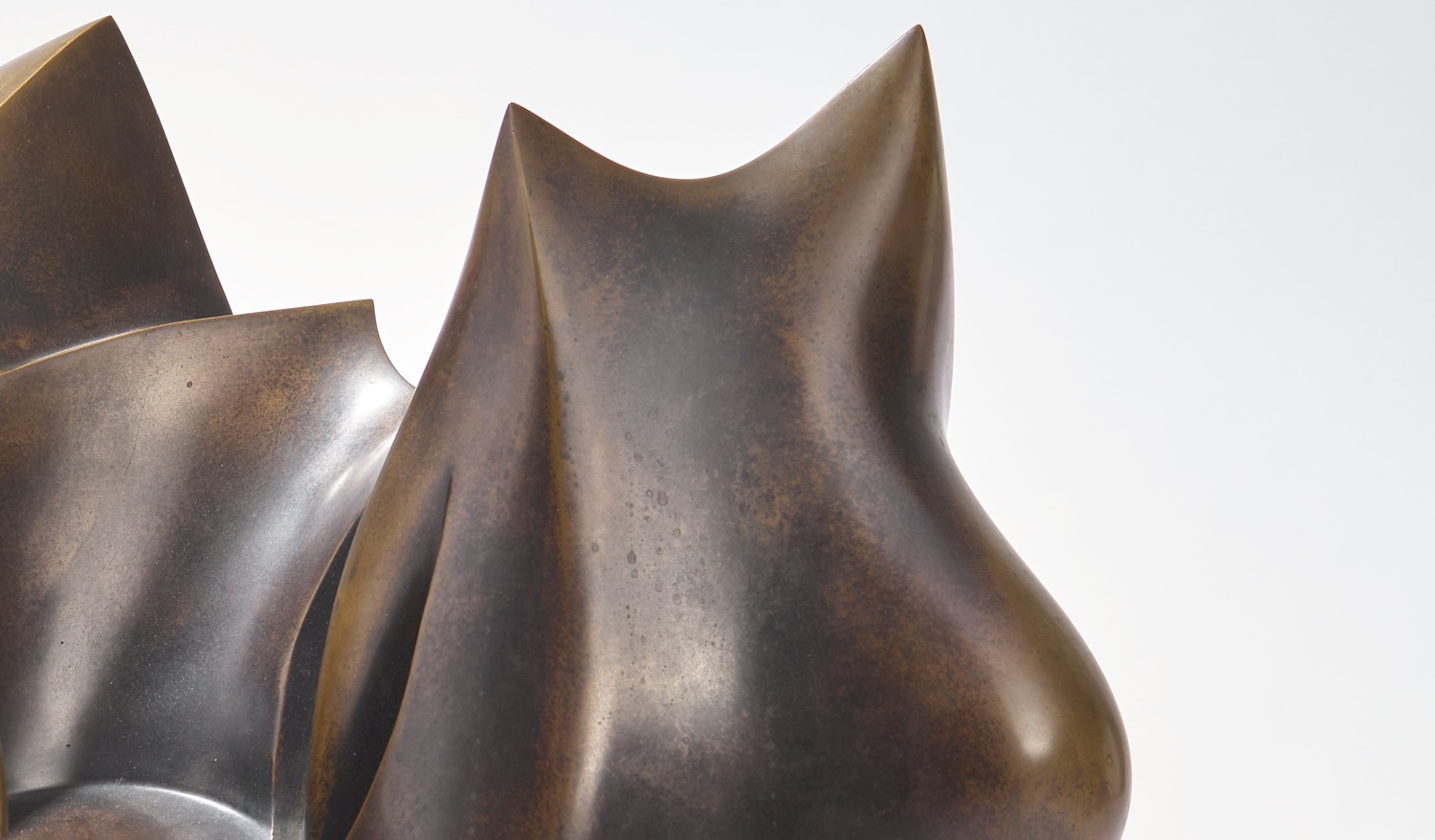 Architectural Project, created when Moore was about 70 years old, provides an excellent example of his mature style and is a testament to his idea that energy comes from within the piece. Moore wrote: “For me a work must first have a vitality of its own. I do not mean a reflection of the vitality of life, of movement…but that a work can have in it a pent-up energy, an intense life of its own, independent of the object it may represent.” Architectural Project exemplifies that powerful energy and life force that Moore strove for in his sculptural oeuvre, its dynamic forms undulating, pressing out, and intersecting in new and interesting ways with every interaction, from every angle. Freeman’s is honored to present this quintessential work in our May 11 Modern and Contemporary Art auction.