A private collection of portrait medallions of Benjamin Franklin

An assortment of portrait medallions depicting Benjamin Franklin, including examples by Jean-Baptiste Nini and Josiah Wedgwood, will be offered in our American Furniture, Folk and Decorative Arts auction on April 27.

To be offered April 27

Portrait Medallions of Benjamin Franklin from a private collection 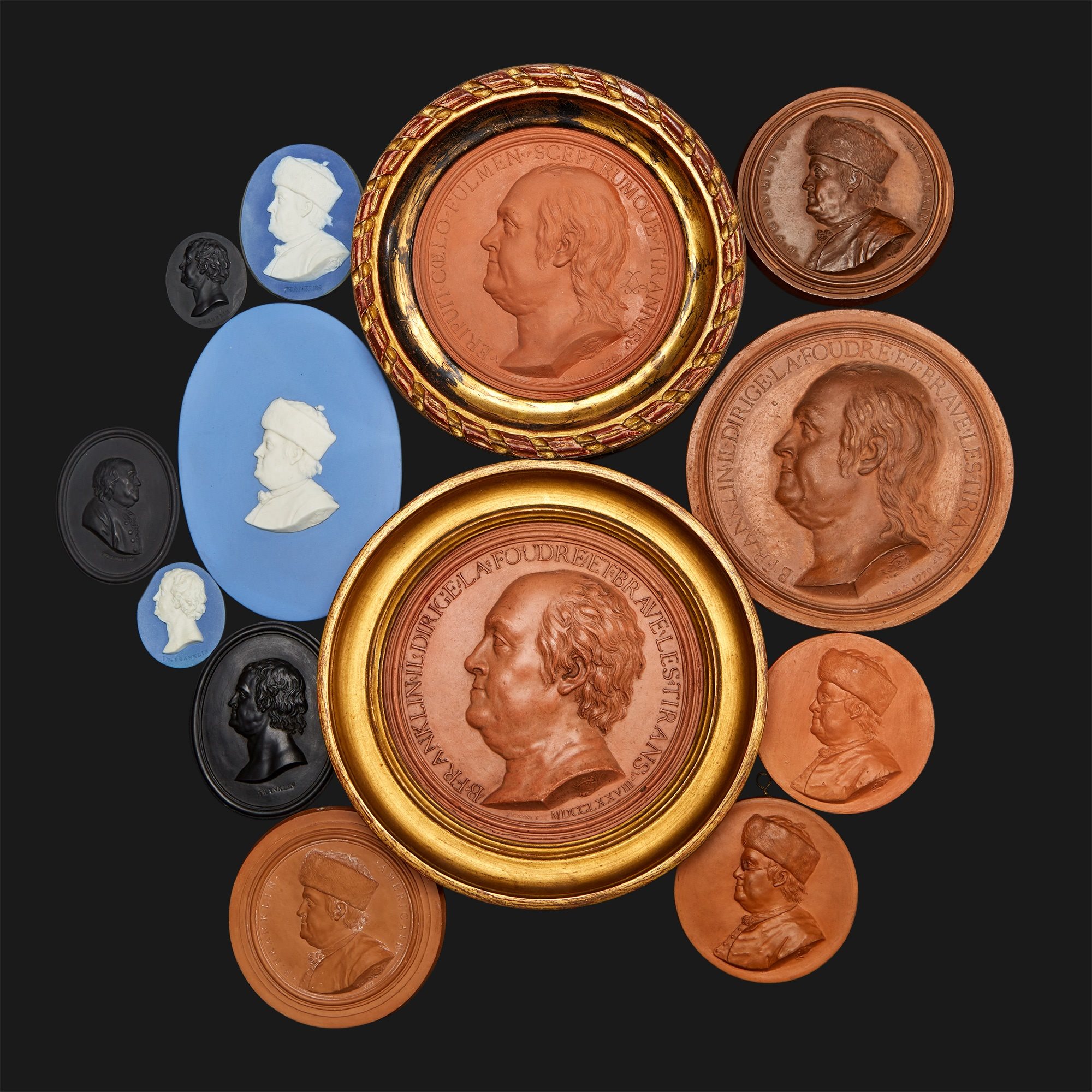 An American in Paris

Benjamin Franklin (1706–1790) was in his early 70s when he embarked on what was arguably the most successful diplomatic mission in American history. In 1776, Franklin arrived in Paris to enlist and maintain the support of France for American Independence. He would remain in France until 1785. Well known in European scientific circles, Franklin successfully connected the American cause to the French ideals of Liberty and anti–tyranny. Continuing complex negotiations with both the French and Americans, Franklin triumphed on account of his perseverance, tact, charm, wit, and by successfully integrating himself into French academic and influential social circles.

The Italian sculptor Jean Baptiste Nini (1717–1786), was working in Paris for Jacques–Donatien Leray de Chaumont (1726–1803)—a well–connected businessman, supplier for the American war effort, and friend of Benjamin Franklin—when he received a profile sketch of the famous Philadelphian. From that, he produced the first terracotta medallion of Benjamin Franklin in 1777. The portrait bears the simple inscription, “B. Franklin Americain” and depicts the Founding Father in a fur cap and simple frock coat, bespeaking the directness of the American cause and connecting Franklin to the popular French philosopher Jean–Jacques Rousseau (1712–1778), who dressed similarly.

“…The clay medallion of me you say you gave to Mr. Hopkinson was the first of the kind made in France. A variety of others have been made since of different sizes; some to be set in lids of snuff, boxes, and some so small as to be worn in rings; and the numbers sold are incredible.  These with the pictures, busts and prints (of which copies upon copies are spread everywhere) have made your father’s face as well known as that of the moon…”

Intended to sell to pro–American Parisian elites in the eighteenth century, medallions depicting Benjamin Franklin became a sensation, and five other versions followed. English manufacturers—led by pottery manufacturer Josiah Wedgwood (1730–1795), who was also sympathetic to the American cause—soon produced their own profiles of Franklin, some in jasperware and basalt.