2019 will see the addition of three new sales to Freeman's auction calendar, which already includes nearly 30 sales each year across all collecting areas.

One of the first, European Art: 400 Years, will be held on February 27. A new approach to the previous bi-annual European Art & Old Masters auctions, February's sale will feature a tightly curated selection of artwork from the 15th through 19th centuries. Already consigned for sale is a magnificent portrait of nursing Madonna, attributed to the Master of the Embroidered Foliage (Netherlandish, late 15th century), estimate: $150,000-250,000. The scene depicts the Virgin Mary breastfeeding the Infant Jesus, comfortably swaddled in the arms of his mother. 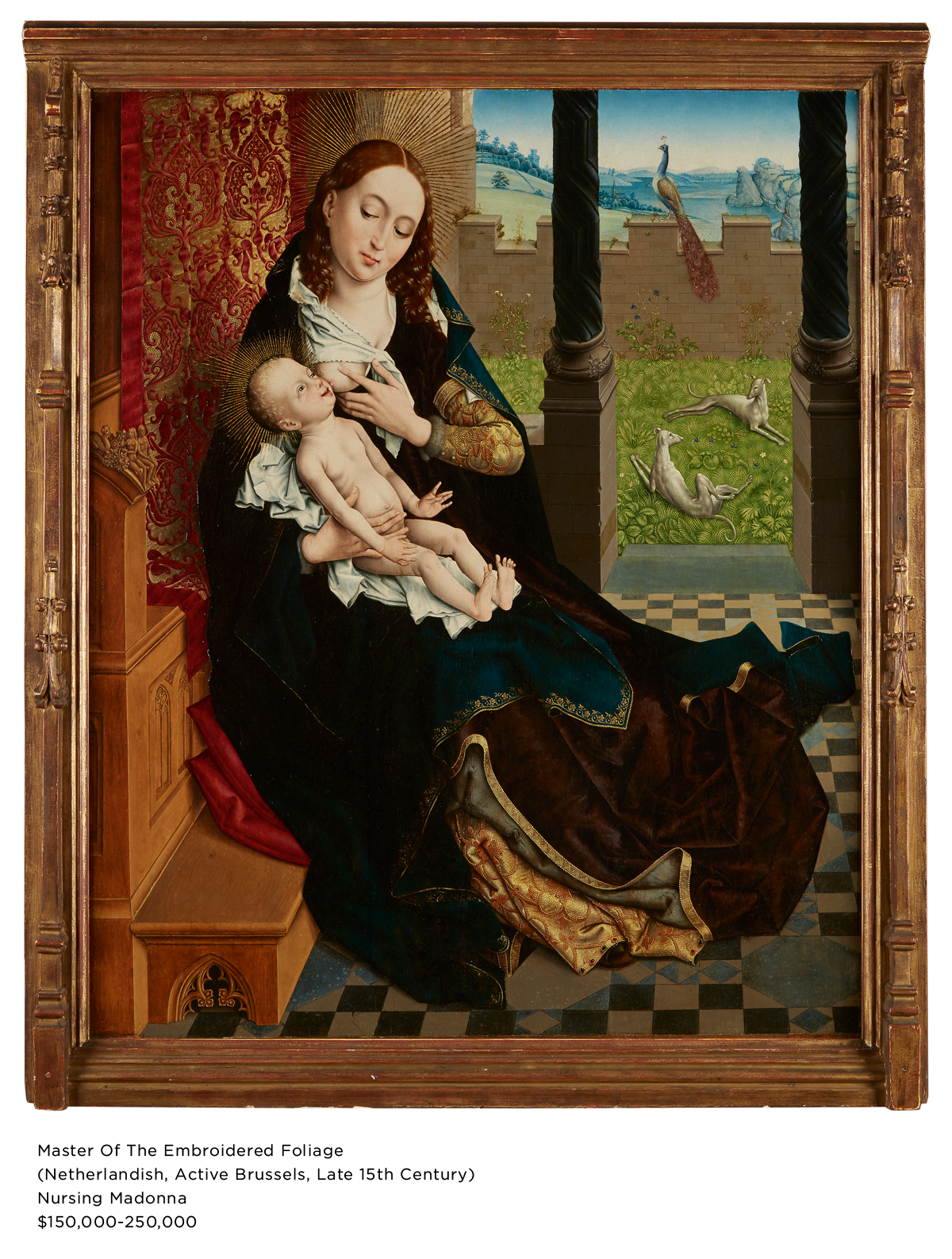 While the painter was anonymous, he was given the name Master of the Embroidered Foliage in 1926 by German art historian Max Jakob Friedländer, for the artist's particular style of painting the foliage in his works similarly to the repeated pattern of stitches in embroidery. Almost all of the paintings attributed to the Master of the Embroidered Foliage were intended to glorify the Virgin and inspire devotion, and the present work-an undoubted highlight in February's auction-is no exception. Suitable consignments will be accepted through January 8.

Following European Art: 400 Years, Freeman's will hold its first Antiquities auction in March, anchored by close to three dozen pieces from the collection of Jeff Hunter (1926-2018). Hunter was a founding partner of Triad Artists before becoming the SVP of Motion Picture Talent at William Morris Endeavor, where he represented some of the biggest names in the business. Among his roster of renowned clients were actors Marlene Dietrich, Montgomery Clift, Barbara Streisand, and Whoopi Goldberg. Hunter was responsible for discovering Kevin Kline and Morgan Freeman.

The Jeff Hunter Collection represents a remarkable lifetime collecting ancient art. There is a spread across the millennia and across continents, but a constant theme is an interest in the human form, whether Greek idealism, the implied shapes of an ancient Anatolian idol, or the transformative qualities of an African Hemba mask. A particular highlight amongst many is the 1st century A.D. Roman depiction of the spinaro, that of the nude youth about to pull a thorn from his foot. Sensitively rendered, the piece is a stunning depiction of the body in complex motion. Hunter bought from high quality sources and the emergence of his collection represents an exciting moment for the market. 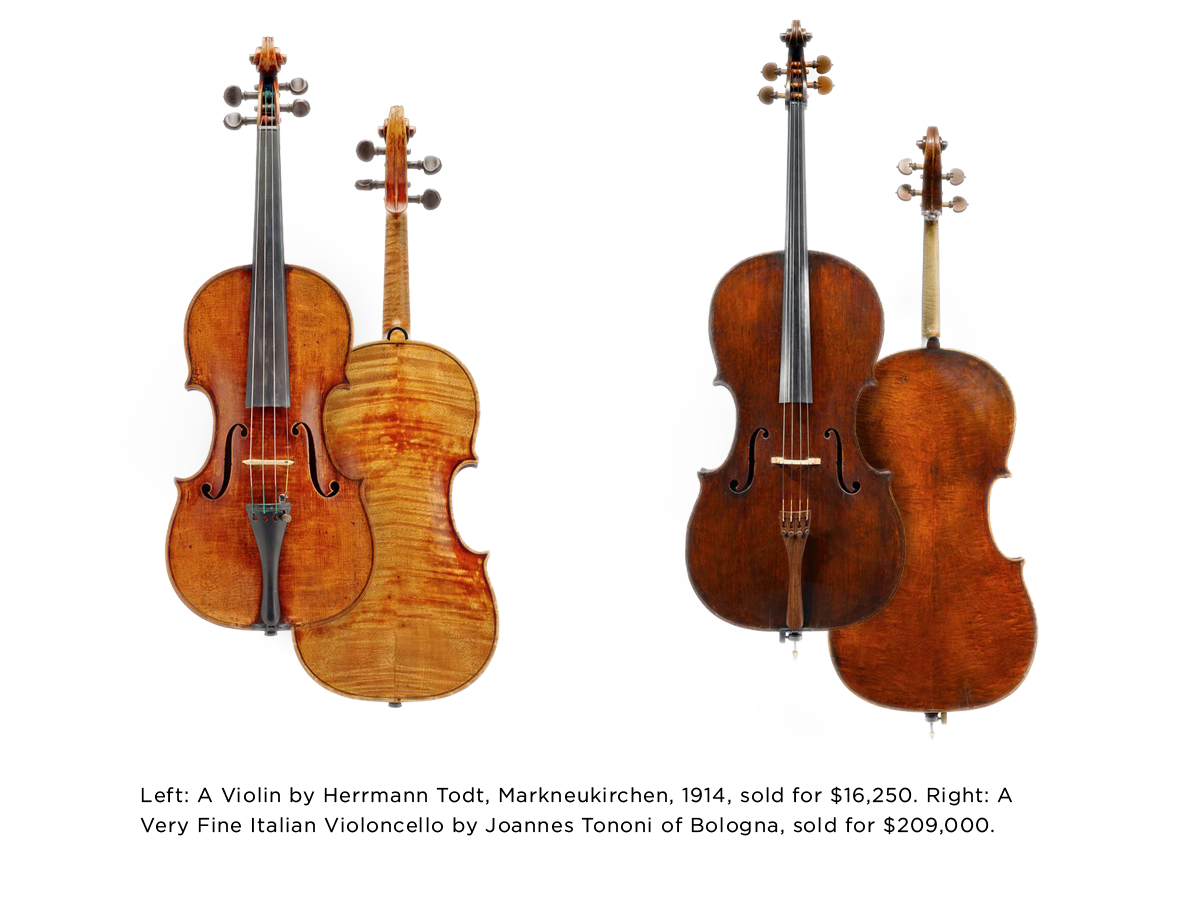 The Musical Instrument sale will also make its debut in the spring. Earlier in 2018, Freeman's was pleased to welcome Sawyer Thomson as the Lead Consulting Specialist for the Musical Instruments department. A cellist and graduate of the Cleveland Institute of Music, Thomson founded Thomson Violins, Ltd., in 2016, where he assists musicians and collectors across the world with the sale and acquisition of fine instruments and bows.

Thomson will work with Consulting Specialist Frederick Oster and the team at Freeman's to create a dynamic sale, offering buyers competitive rates, and a well-rounded selection of violins, violas, cellos, and their bows. Suitable consignments for the Spring 2019 auction will accepted through March 15, 2019.