The lasting influence of one of America's wealthiest collectors

A look at Gilded Age collecting habits—and a set of chairs with impressive provenance on offer July 14.

America’s Gilded Age—the period of time spanning the 1870s to the early 1900s—was marked by rapid industrialization, an urban population boom, and enormous wealth for the country’s elite. This sudden creation of prosperity led to the rise of America’s collecting class, who began amassing art and design objects that reflected a certain eclecticism and worldliness, drawing heavily from ancient Greek, Gothic, Baroque, or revived Renaissance aesthetics.

Speaking to this influx of European influence for the Getty, Sally McKay writes that “Troubled economic conditions in Europe at this time, coupled with the vast disposable income of the millionaire class in the United States, created the ideal market condition for the transference of European art treasures, particularly paintings, to the mansions of newly rich Americans.”

But just who were the leading collectors and tastemakers who drove patterns of collecting habits once these European goods and aesthetics had been imported stateside? One such figure was Anna Thompson Dodge—who, at the time of her death in 1970, was one of the world’s richest women.

Widow of Horace Dodge, automobile magnate, Anna Thompson Dodge came into a spectacular fortune when she sold Dodge in 1926 following her husband’s death. After wrestling with years of debilitating grief following Horace’s death, Dodge eventually remarried to Hugh Dillman, an actor, with whom she built Rose Terrace in 1934.

The Versailles-style mansion was situated in Grosse Pointe Farms, Michigan, just north of Detroit, and was to be Dodge’s home for the remainder of her life. At over 42,000 square feet (with 75 rooms), Rose Terrace was designed by the renowned Philadelphia Gilded Age architect Horace Trumbauer and decorated by Alavoine & Cie and Joseph Duveen of the prominent Duveen Brothers. 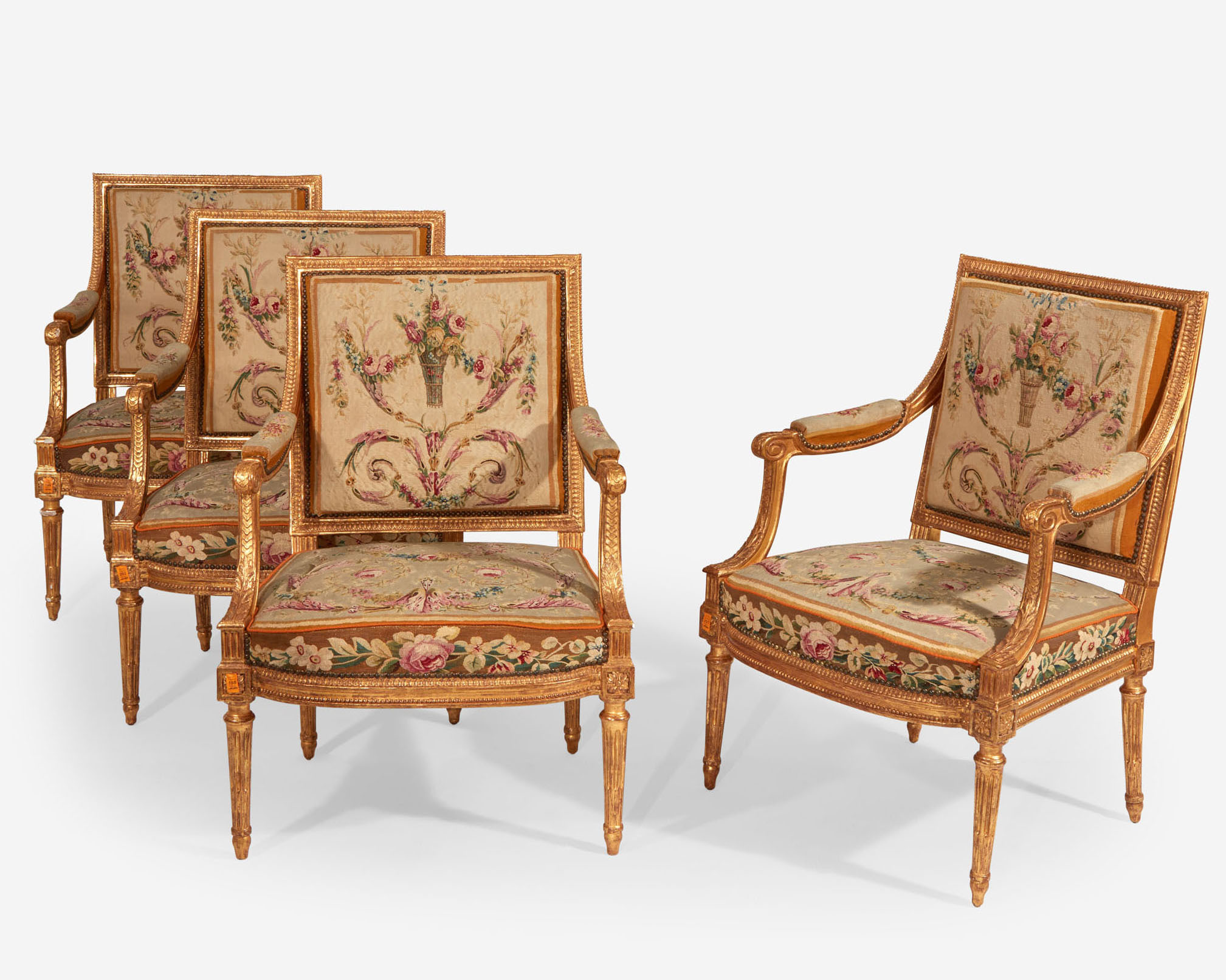 Though Rose Terrace was demolished in 1976, many of the luxurious objects that filled Dodge’s home remain in private collections today. One such example is a set of four Louis XVI giltwood fauteuils, elegant 18th-century armchairs with richly embroidered upholstery (Lot 39; estimate: $6,000-8,000), on offer in Freeman's July 14 Gilded Age auction. The sale offers a rare opportunity to collect furniture that once graced Rose Terrace.

Art and design dealers like the Duveen Brothers were widely held in high regard by Gilded Age collectors—in part because they themselves were European, and brought a certain Old World aesthetic to America’s newly prosperous. With an eye toward objects like the present fauteuils, Joseph Duveen helped Dodge fill her mansion with art and objects with impressive provenance, from chairs that belonged to Marie Antoinette to a bureau of Catherine the Great’s.

Anna Thompson Dodge left behind a considerable estate to her children, grandchildren, and great-grandchildren, including a personal collection that spanned time periods, collecting categories, and aesthetic sensibilities (her jewelry collection alone was estimated at the equivalent of $45M in today’s dollars). In constructing a Versailles-esque palace on American soil, collaborating with dealers like the Duveens, and bringing European extravagance to daily life, Dodge embodied the spirit of the Gilded Age and influenced countless other collectors along the way.

View the rest of our July 14 Gilded Age auction.