Guwan: Chinese Jades from the Collection of Dr. Frederic and Mrs. Madeleine Zeman

Guwan, Chinese for antiques, or more poetically, “Ancient Playthings”, is a reference to the two extraordinary scrolls entitled “Guwan Tu” (Pictures of Ancient Playthings) held respectively in the Victoria and Albert Museum and the Percival David Collection in the British Museum, London.

These hand scrolls, dated to 1728 and 1729, are the two known survivors from what was apparently a much larger set of scrolls, illustrating the antique jades, bronzes and porcelains in the collection of the Yongzheng emperor. What is particularly notable about these scrolls is the verisimilitude of depiction of the pieces, several of which have been identified with extant objects. They are a rare period glimpse into one of the great Chinese collections, valuable not only for the range of objects illustrated, but also for their presentation, with variously carved stands and in some cases, later ormolu inserts. 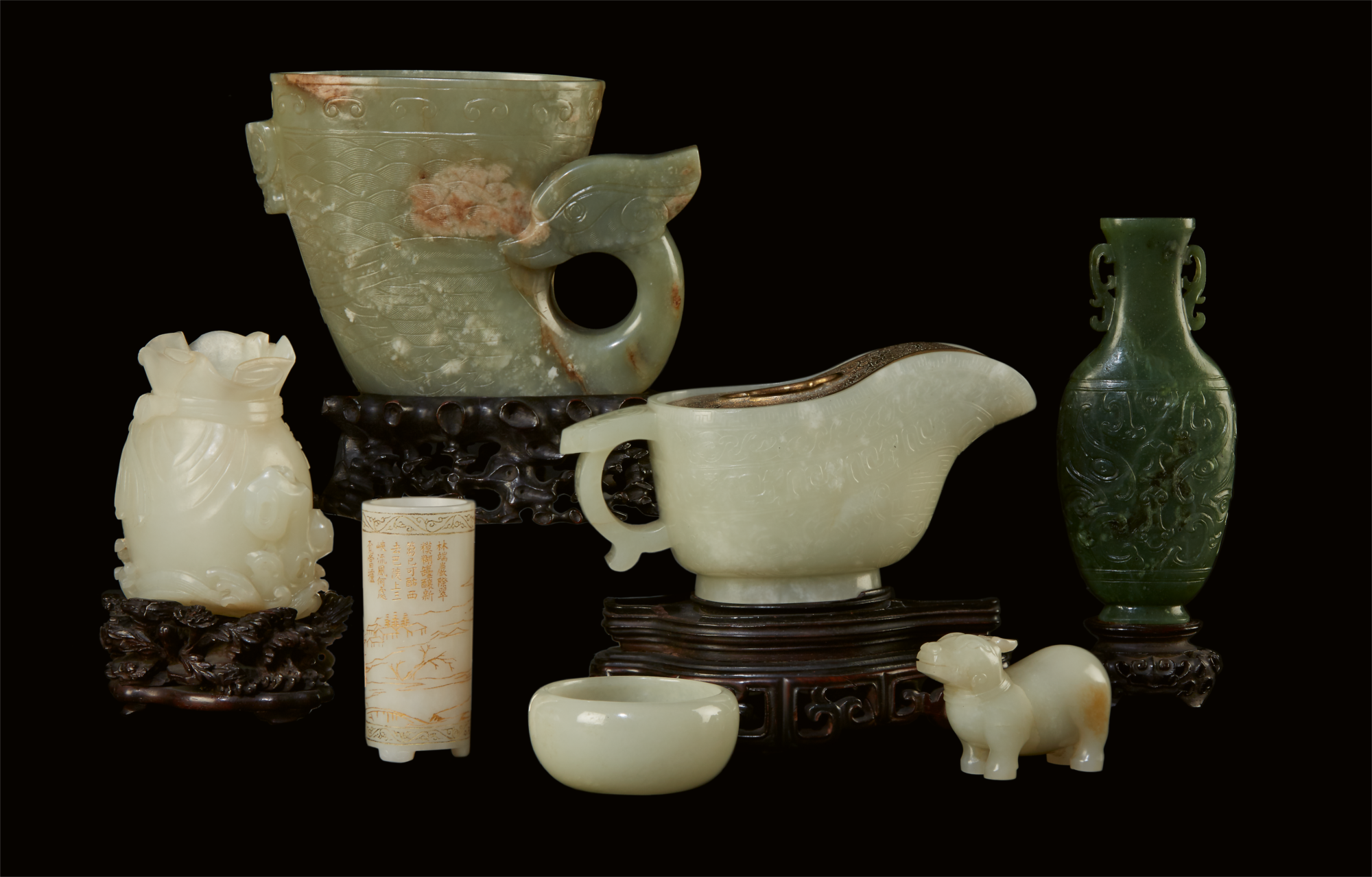 A sampling of Ming and Qing dynasty Chinese Jades from the collection of Dr. Frederic and Mrs. Madeleine Zeman, assembled by the Zemans from the 1930s to the 1960s.

Many of the works in The Zeman collection of Chinese jades relate closely to works illustrated in the Guwan Tu scrolls. The Zeman jades range from Ming-type libation cups, vessels and small animal groups, to archaistic vases and small carvings traditionally dated to the 18th and early 19th century. Assembled by the Zemans over four decades, from the 1930s to the 1960s, with most pieces carefully recorded in a notebook dedicated to the collection, these carvings have delighted three generations, and will now be offered to the next generation of connoisseurs in the October 2 International Sale at Freeman's in Philadelphia. These charming works, many suitable to grace the collection of an emperor's "playthings", will be available to view by appointment only from September 4-September 25 needed here, Monday-Friday, 10am-4pm; and on public exhibition from September 26 to October 1.