Freeman 's is pleased to offer over 150 paintings, works on paper and sculpture this autumn.

On November 13, Freeman's will host its Fall Modern & Contemporary Art auction. After a successful spring auction season, which saw over $2.1 million dollars in sales, Freeman's is pleased to offer over 150 paintings, works on paper, and sculpture this autumn. The auction will provide collectors an opportunity to bid on and buy artwork from some of the art market's biggest names.

An undoubted highlight of the sale is the impressive sculpture "Trembling for Color" by American artist Jim Dine Lot 114, estimate: $120,000-180,000). Over the course of his long and prolific career, Dine developed a signature visual iconography through his repeated exploration of particular forms and motifs. He has returned time and again to favored subjects such as hearts, bathrobes, and the Venus de Milo, making them new again in each interpretation. 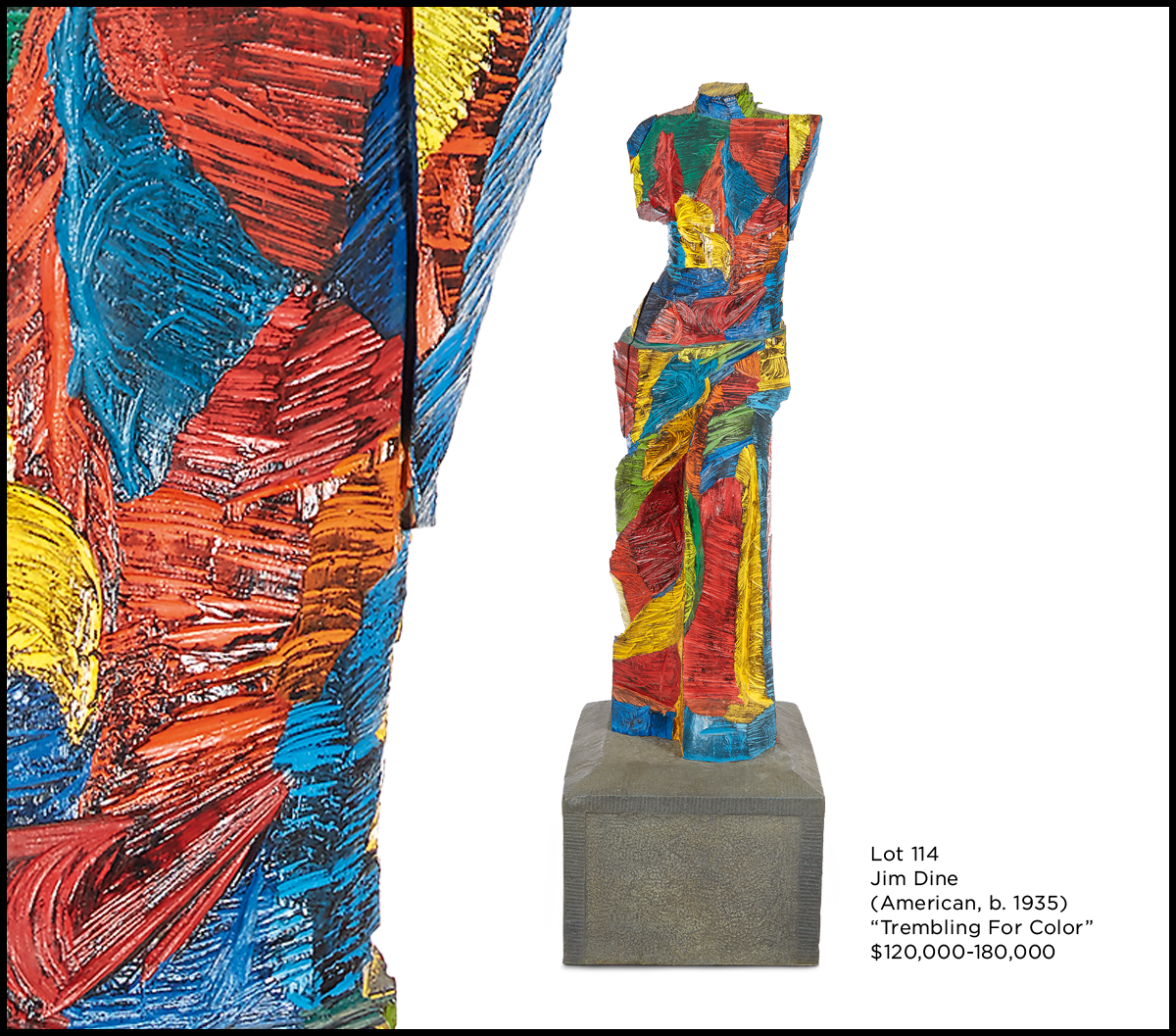 The subject of the Venus de Milo has been particularly fruitful for the artist. He first began sculpting his own interpretations of the famous statue in 1982, inspired by a small store-bought plaster replica of the ancient work. "Trembling for Color" is an exciting and dynamic example of Dine's vision of this ancient goddess and exhibits many of the hallmarks of the artist's oeuvre.

The surface of the figure's body shows the mark of the artist's hand and displays a tactile physicality often seen in Dine's work of all media, but particularly effective in sculptural form. Also typical of Dine's work, the present sculpture is boldly and energetically colored. These features, along with its impressive scale, make "Trembling for Color" a captivating and keenly exciting example of the Venus subject so important within the artist's body of work. 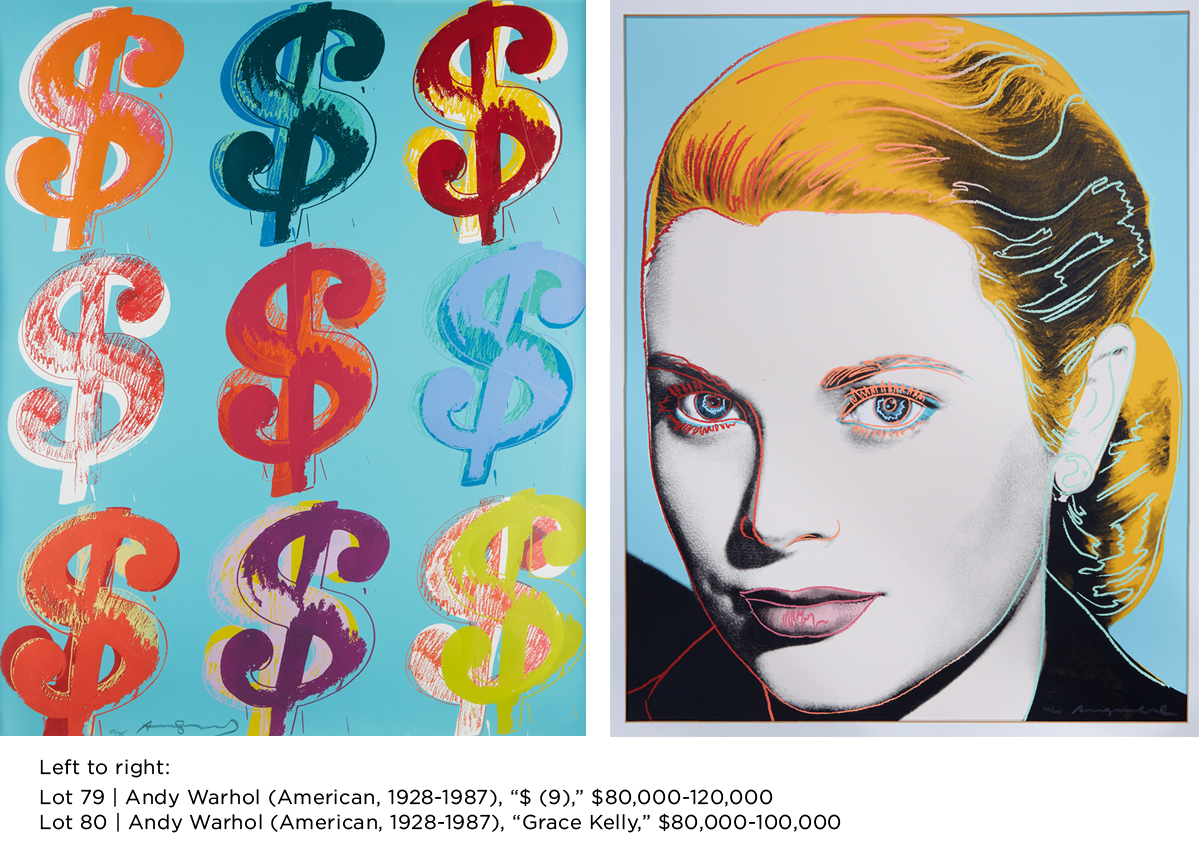 Additionally, there are over a dozen lots by Andy Warhol in the sale, including excellent examples of his early works on paper as well as some of the most iconic images of his later oeuvre. A particular highlight of his early period is "25 Cats Name[d] Sam and One Blue Pussy" (Lot 69, estimate: $50,000-$80,000), a complete set of 18 hand-colored lithographs from the collection of the artist's personal friend, Betty Lou Davis. A later work, "$(9)" (Lot 79, estimate: $80,000-$120,000) features nine of the brightly colored currency symbols, and is a unique variation from the edition of 35.

Another standout in the section is a screenprint of the actress-turned-princess Grace Kelly, created for the Institute of Contemporary Art (Lot 80, estimate: $80,000-100,000). A Philadelphia native, Kelly became part of the Monegasque monarchy in 1956, with her marriage to Prince Rainier III. She died in 1982, and Warhol created the image just two years later, as part of a fundraiser for the museum at the University of Pennsylvania. Also published by the Institute of Contemporary Art is Lot 83 "Forms in Space" by Roy Lichtenstein (estimate: $40,000-60,000).

An assortment of sculptures by Harry Bertoia, the visionary sculptor and creative mind behind some of the most iconic and sought-after sculptures in today's market, are also featured. The Bush form and the Sonambient represent two enduring and important themes in Bertoia's sculptural oeuvre. He was heavily influenced by nature and organic patterns and created many "bush-like" pieces throughout his career. 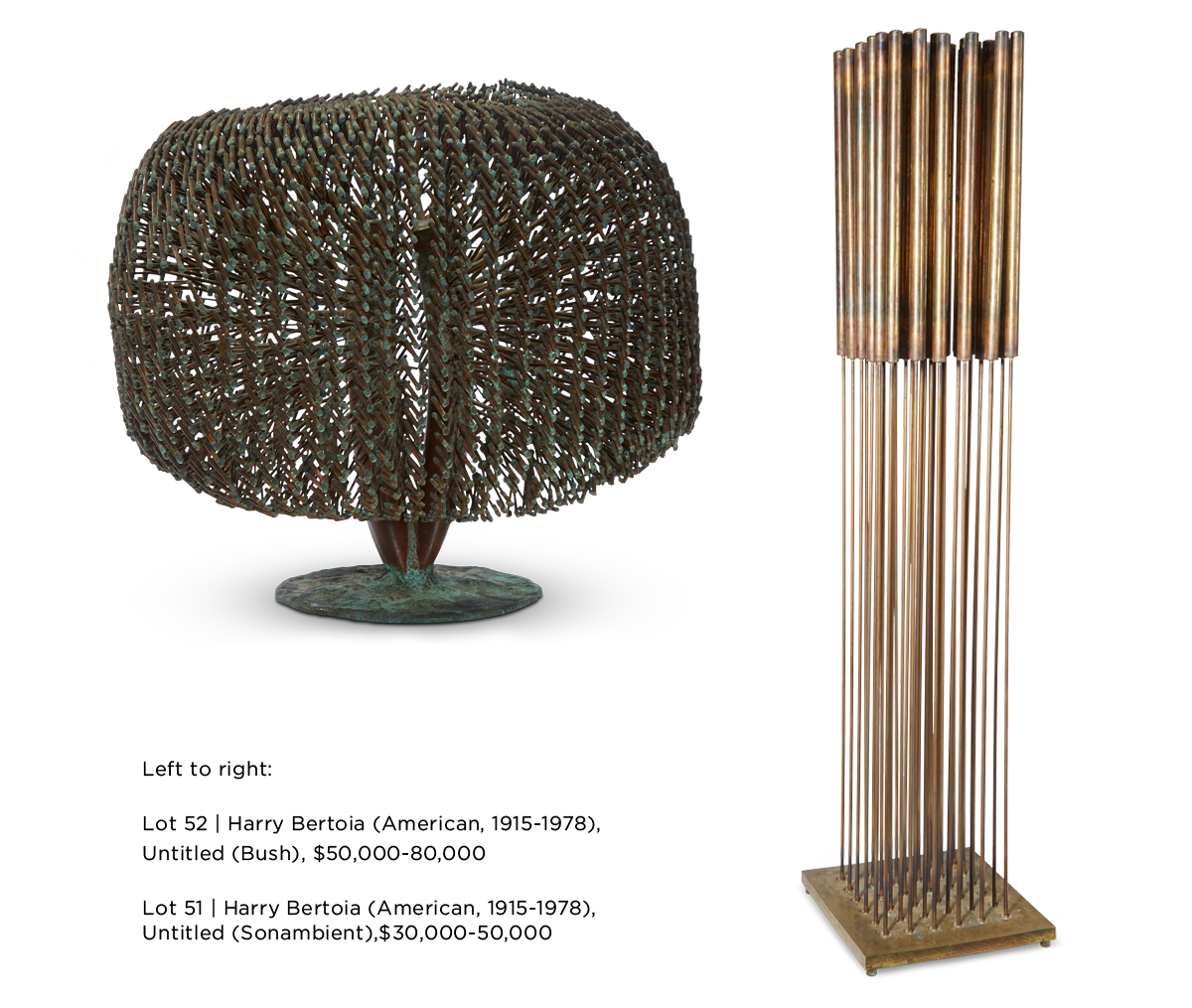 Other important highlights include "Scroll" by Canadian artist Jack Bush (Lot 88, estimate: $50,000-80,000), a watercolor and gouache on paper by French Fauvist Raoul Dufy, titled "Anémones"(Lot 18, estimate $25,000-40,000), a pastel by Amédée Ozenfant titled "Nature Morte – Le Pichet Blanc" (Lot 23, estimate $25,000-40,000), and ten Pablo Picasso ceramics. Picasso began experimenting with ceramics beginning in the 1940s, and would go on to design more than 600 ceramics throughout the course of his life, at the Madoura pottery workshop in the south of France. 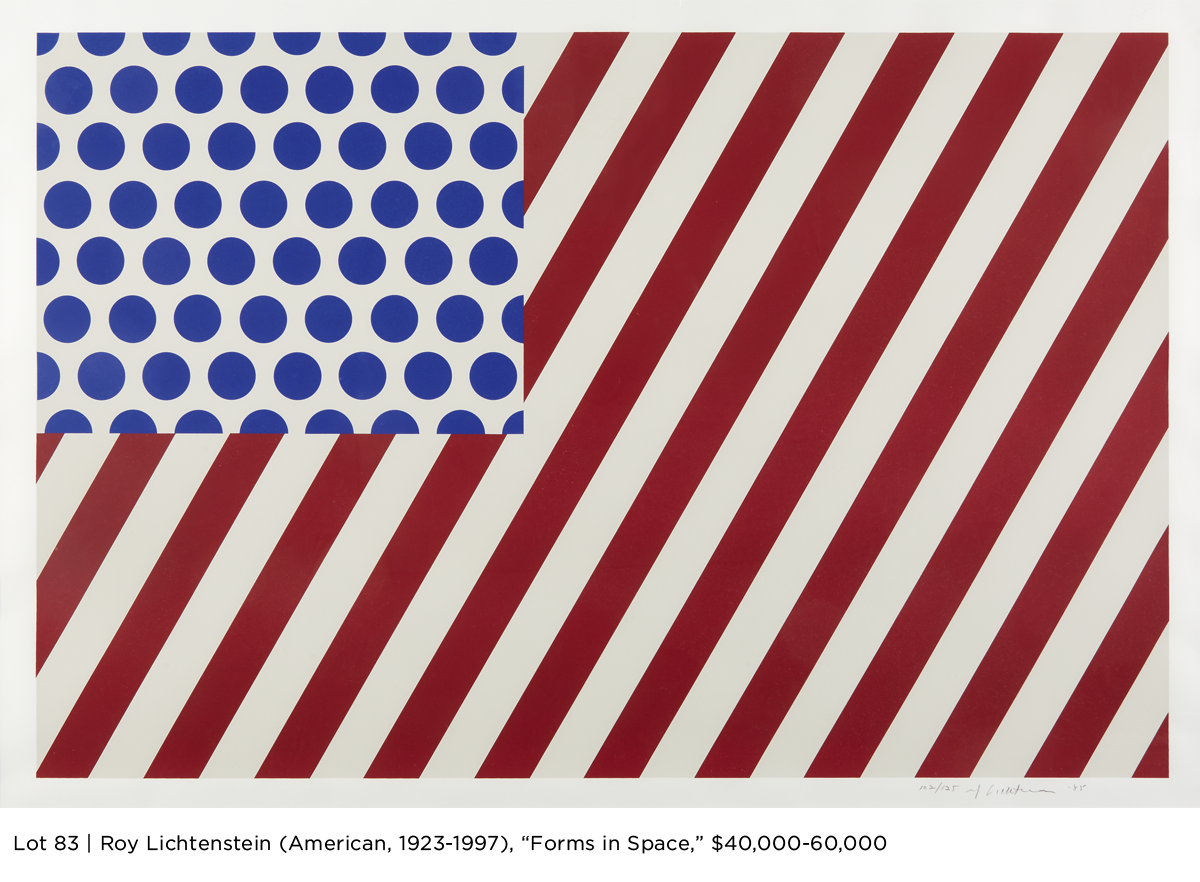 Four paintings by French Vietnamese artist Le Pho, will also be included in the sale. Le Pho is best known for his poetic depictions of domestic scenes, elegant women and lusciously painted flora. The artist shares with viewers glimpses from his memories of his upbringing in Hanoi in the early 1900s.

These works present a romanticized view of Vietnamese life yet unmarred by the local infighting and political violence soon to come. With their distinctive elegance, rich colors, and delicately ethereal ambiance, Lots 61-64 are exceptional examples of the artist's oeuvre and depict the subjects most pleasing to artist- impressionistically rendered flowers and figures that hearken back to his childhood.