Highlights from Russian Works of Art

Russian Imperial Ephemera, silver, works by Fabergé and much more

Freeman's October 16 sale of British & European Furniture and Decorative Arts including Silver and Russian Works of Art features a Russian section highlighted with more than 70 lots of Russian Imperial Ephemera, silver, works by Fabergé, and an important selection of Russian and Soviet porcelain from the private "Ode to Joy" Collection.

A highlight of the sale is Lot 12, a small watercolor icon of the Derzhavnaya ("She Who Reigns") Mother of God by the Grand Duchess Ksenia Alexandrovna (estimate: $4,000-6,000). Painted for her niece and namesake Princess Ksenia Andreievna Romanov in 1928, the signed work descended in the Romanov family. The image of the icon is of exceptional significance both to the Imperial family and to Russian monarchists, as the icon itself appeared on the date of the abdication of the last Emperor, Nicholas II. 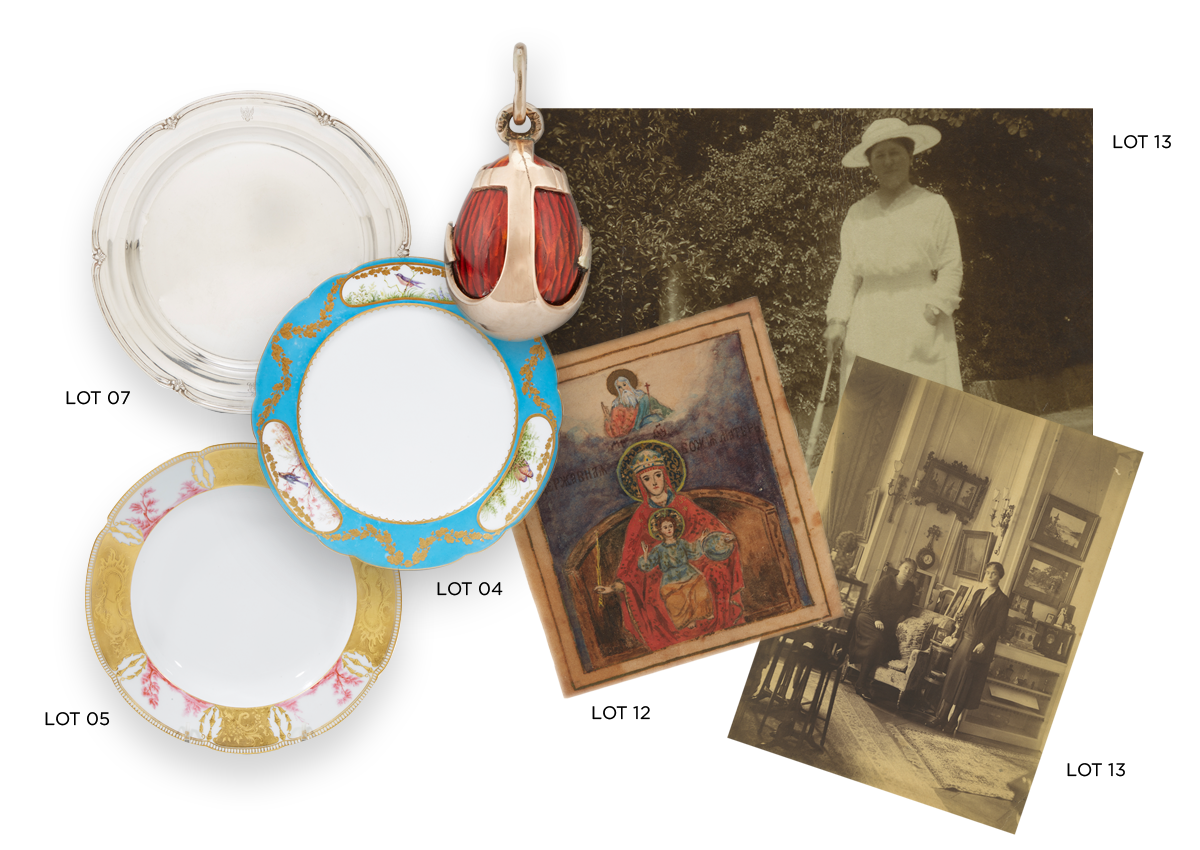 Also of interest in the Russian section is Lot 13, "The Dowager Empress' Archive" (estimate: $15,000-20,000). This important group of photographs from Dowager Empress Maria Feodorovna (1847-1928) was preserved by her maid, Mlle. Cæcilia Grunwald. The exceptionally rare group contains never-before published images of private family photographs of the Dowager Empress, and several detailed, large-format images of the interiors of "Hvidøre," the Danish house shared with her sister, Queen Alexandra of Great Britain, in which important individual works of fine and decorative art, including known works by Fabergé are clearly visible and identifiable under magnification.

There are several works by Fabergé, including Lot 18, a Gold and Strawberry-red enamel miniature egg with Anchors (estimate: $6,000-9,000), and Lot 19, a beautifully reeded Two-color Gold Gem Set Case (estimate: $2,500-3,500). Lot 7, an exceptional Russian Imperial Silver Platter from the Grand Duchess Olga Nikolaevna service (estimate: $6,000-9,000) is a highlight of the silver section, and Lots 4 and 5, Russian Imperial Porcelain Factory plates from the 'Alexandrinsky' and 'Tsarskoselskii' services (estimates: $1,500-2,000) are featured in the porcelain section. 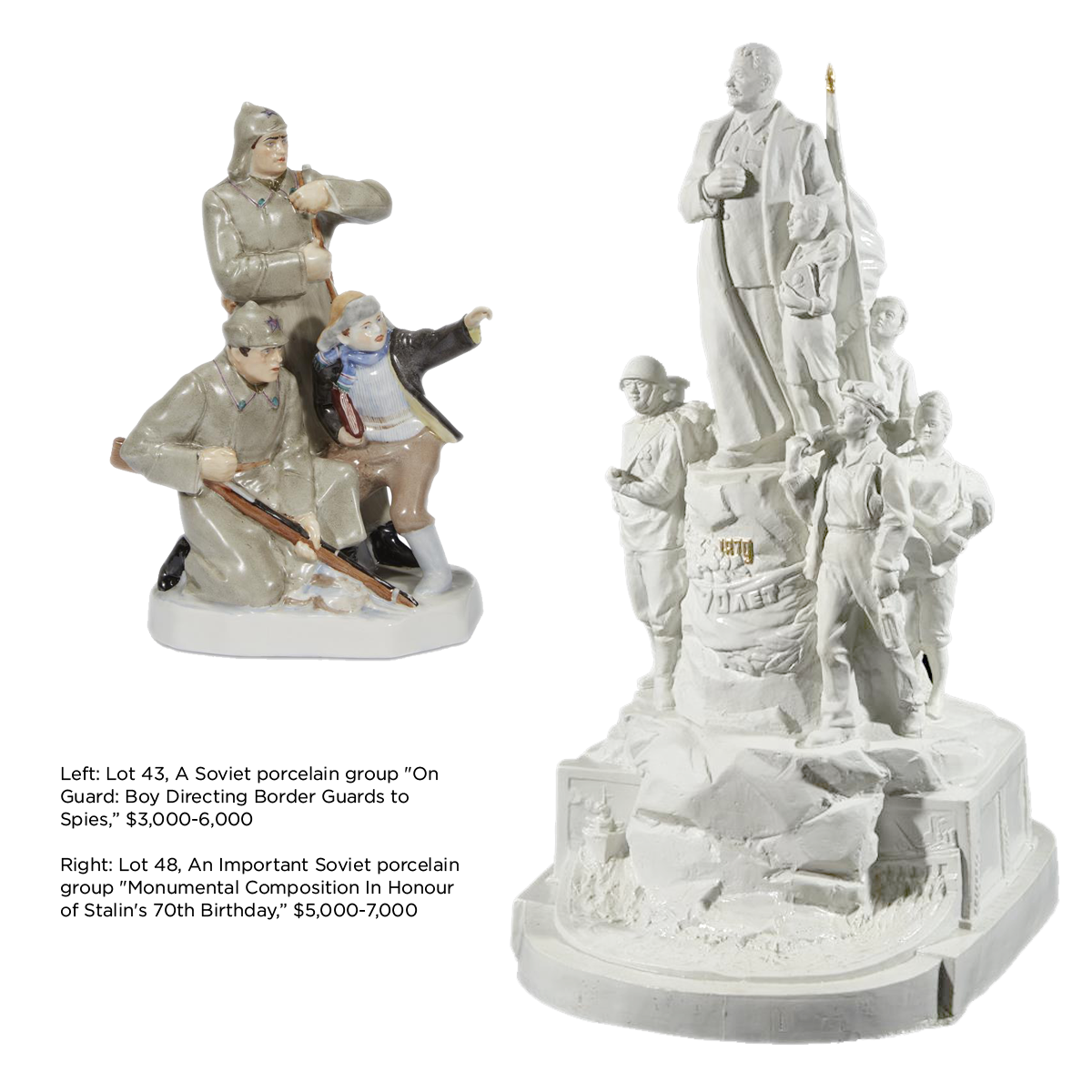 Freeman's is also pleased to offer a selection of works from the "Ode to Joy" (??? ? ???????) Collection of Russian and Soviet Porcelain. The collection is well-known as arguably the finest assemblage of Soviet porcelain outside of Russia. Many of the lots have been exhibited at the State Pushkin Museum of Fine Arts, Moscow, the Tretyakov Gallery, Moscow, and the Hillwood Museum of Washington DC. Lots 21 through 68 show highlights of the development of Russian porcelain, featuring works from the Imperial Porcelain and Gardner factories, as well as Soviet works designed by Natalia Danko, Sergei Chekhonin, Asta Brzezhitskaya, Kazimir Ryzhov, and Dmitri Goch. Of exceptional interest are Lots 43, a Soviet porcelain group "On Guard: Boy Directing Border Guards to Spies," (estimate: $3,000-6,000) and Lot 48, an important Soviet porcelain group "Monumental Composition In Honour of Stalin's 70th Birthday" (estimate: $5,000-7,000).