History of the Hermès Birkin Bag

A classic design with a storied past 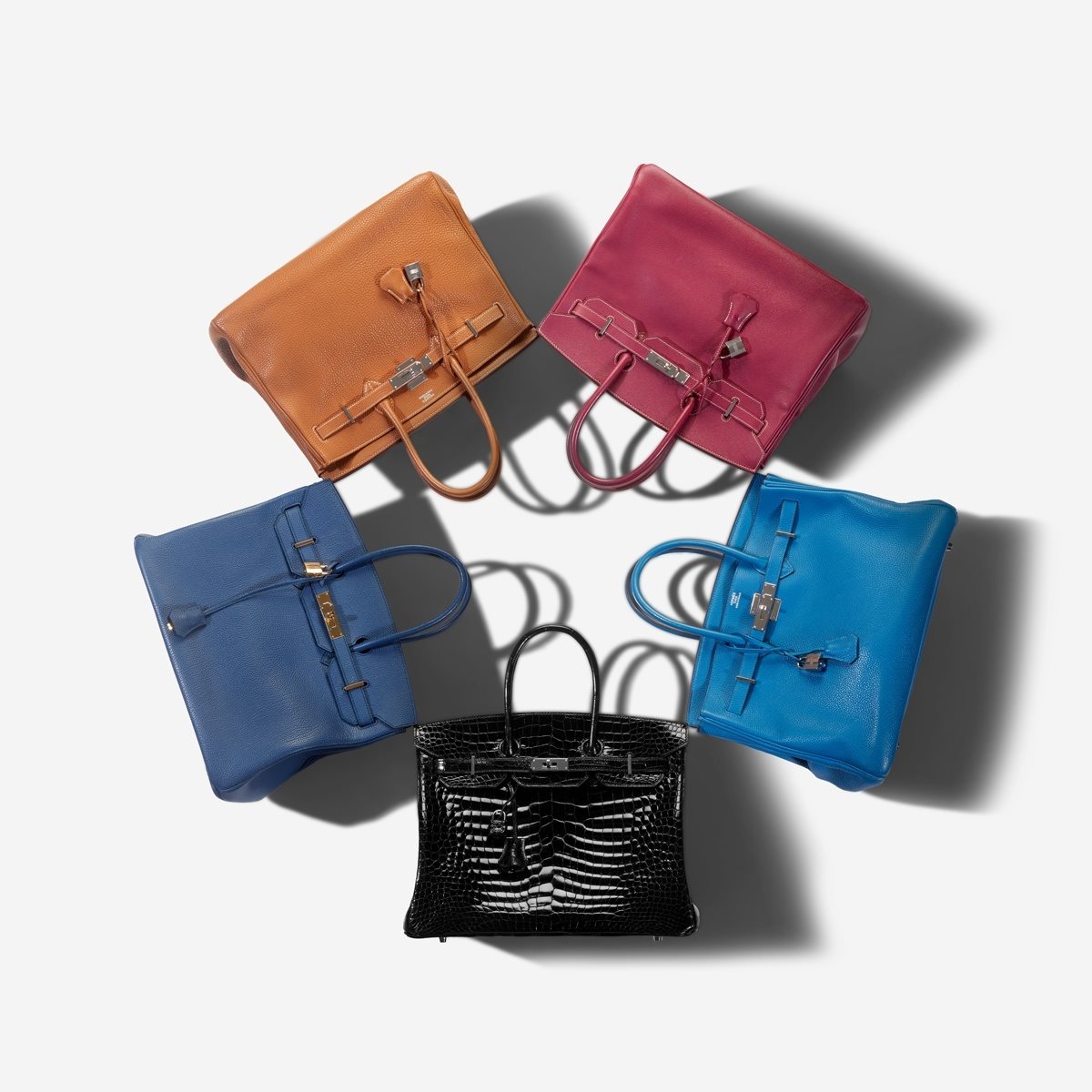 The origin of the Hermès Birkin bag is the stuff of fashion lore. In 1981, British-born, Paris-based actress Jane Birkin received a surprise upgrade on her Air France flight, finding herself seated next to then–Chief Executive of Hermès, Jean-Louise Dumas. There are many versions of this story, but all revolve around the contents of Birkin’s bag—including her Hermès diary—spilling onto the floor.

In reaction to the mishap, Dumas kindly suggested she find a bag with pockets, which prompted Birkin’s now-historic declaration: the day Hermès made a large bag (not a weekend tote) suitable to carry all of a woman’s belongings, she would give up her signature oversized basket bag. Dumas immediately pulled out a pencil and an airplane sick bag, and the two collaborated on a sketch for the now-iconic Birkin bag, which Hermès debuted in 1984.

Although the Birkin bag has worn the crown as Queen of Handbags for some time now, it was not initially a runaway success. It took until the late 1990s for the bag to gain its reputation as a chic, elite status symbol. Select moments in early 2000s popular culture—like the episode of Sex and the City that chronicled Samantha’s quest to get her hands on the elusive bag, including being placed on a five-year waitlist—helped catapult the Birkin bag into an even brighter spotlight, where it remains to this day.

Now, nearly forty years since its launch, this chic accessory is still difficult as ever to come by. What was previously known as the bag’s “waitlist” is now referred to as its “wishlist”—it can take years to get one’s hands on a bag, depending on one’s desired style and colorway; the price can range from around $8,500 to upwards of $200,000.

According to Forbes and Bloomberg Business, a Birkin bag—which almost always appreciates in value—is perhaps a better financial investment than stocks or gold. This market demand shows no signs of stopping; Vogue reports that demand for Hermès bags overall has increased by 430% since March 2020. Part of the reason for such strong demand over decades is Hermès’s uncompromising dedication to quality: a single bag can take anywhere from 20 to 48 hours of work, and the brand trains craftsmen for a minimum of five years (longer if they wish to work with materials such as ostrich and crocodile, which command the highest end of the market).

A Design for Everyone

Freeman’s presented a suite of Hermès Birkin bags at its October 2021 Fine Jewelry and Luxury Accessories auction, an excellent opportunity for collectors to invest in a timeless classic—no waitlist required. With five Birkin bags on offer, all but one from a private Philadelphia collection, Freeman’s sale included a classic caramel Birkin 35 with palladium hardware (Sold for $8,190) and a handsome blue Birkin 35 with gold hardware. However, the auction highlight was undoubtedly the exceptional Porosus Crocodile Birkin 35, a shiny black design in excellent condition (Sold for $30,240). Deemed “the king of exotics,” this highly sought-after design is a rare collector’s opportunity.

In a testament to the true versatility and timelessness of the Birkin bag, the design has been a celebrity staple for decades, gracing the arms of everyone from Kate Moss and Cardi B to Lady Gaga and the bag’s namesake herself, Jane Birkin. Freeman's Jewelry & Watches auctions present unique opportunites for collectors to purchase fine examples of this storied accessory without the need to wait months or years.