History of a House: Seaman Schepps

Inside the unique, bold designs of “America 's Court Jeweler.”

The son of immigrants, his humble beginnings led him to sit outside of the boutique of quintessential New York jeweler David Webb and sketch drawings for his own designs. Schepps left the Lower East Side of Manhattan around the turn of the century, finding work as a traveling salesman in Los Angeles and San Francisco. It was in California that he opened his first jewelry store, "The Virginia Studios," named for his eldest daughter. 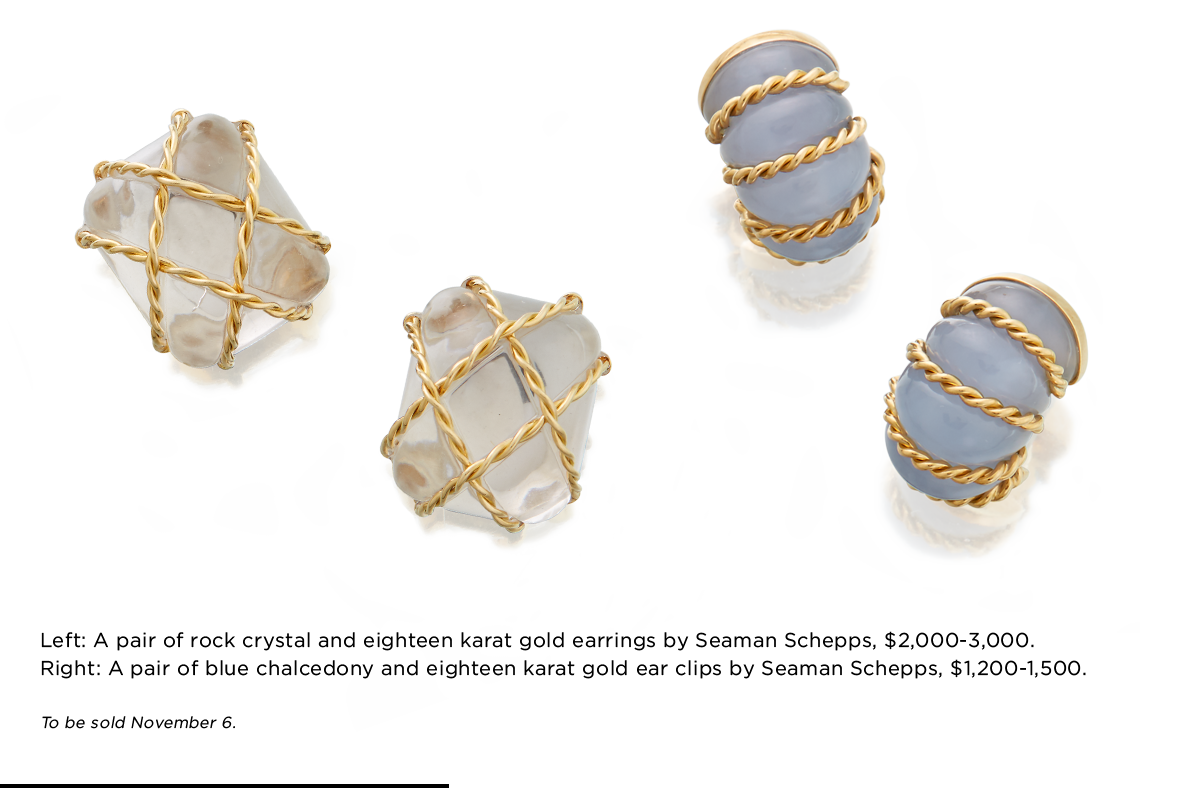 After returning to New York in 1921 with his wife and two children, Schepps opened a store on 6th Avenue, near the storied Algonquin Hotel. He expanded a few years later to a second location, but the stock market crash of 1929 forced Schepps to shutter both shops. The sudden forced closure lasted five years, during which time here focused his business strategy, and when Schepps reopened in 1934at a new location on Madison Avenue, he had developed his own exclusive jewelry designs.

Favoring bold colors and uncommon materials and motifs, the innovative designs that would define his style for decades to come-and earn adoration among the wealthy and influential-were ahead of their time, and trends. A three-month trip to Hong Kong provided Schepps new inspiration for textures and styles, including rough branch coral and decorative ivory, as well as intricately carved chess pieces, which further helped influence his jewelry designs. 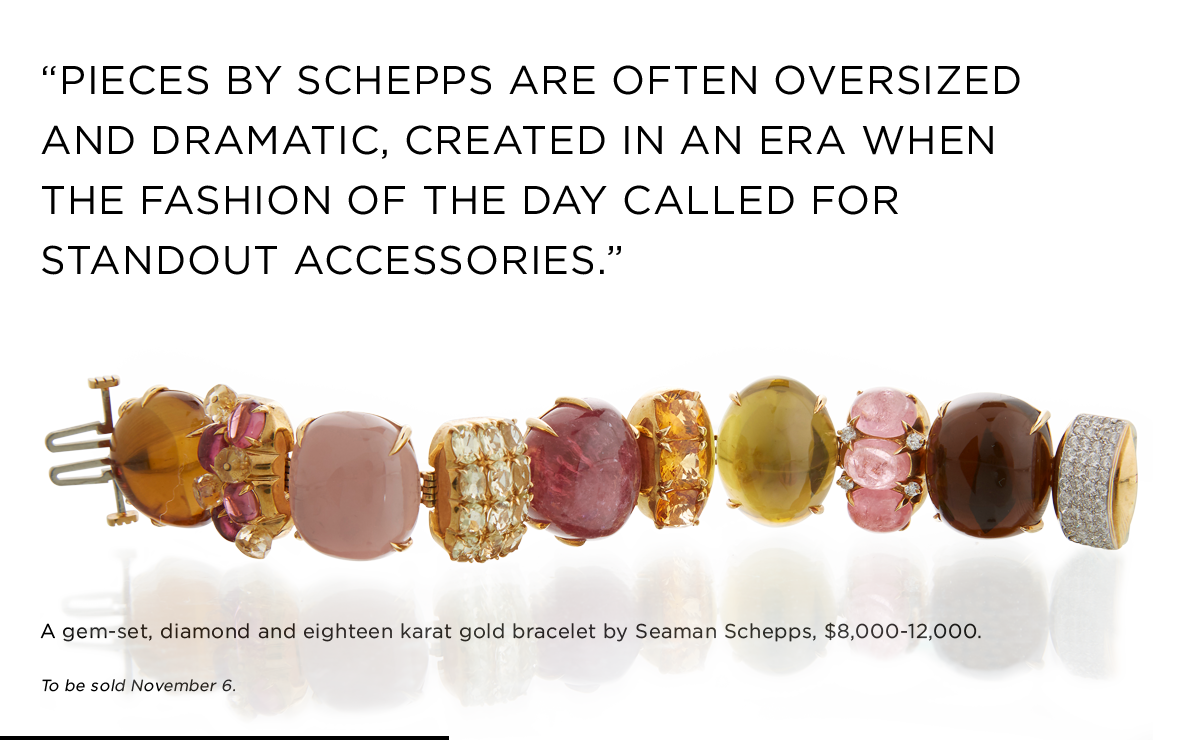 Pieces by Schepps are often oversized and dramatic, created in an era when the fashion of the day called for standout accessories. However, he was more interested in shapes and the rather unorthodox mixing of semiprecious colored gemstones, which, while not necessarily extremely valuable, were prized by the artisan for the whimsical designs they yielded.

His creations were typically heavy, comprised of natural elements blended with gold, and meant to be statement pieces. Schepps quickly found admirers and patrons in celebrities and artists such as Katherine Hepburn, Coco Chanel, and Andy Warhol, and his designs-often uniquely designed for clients seeking one-of-a-kind pieces-landed in the pages of Vogue magazine. 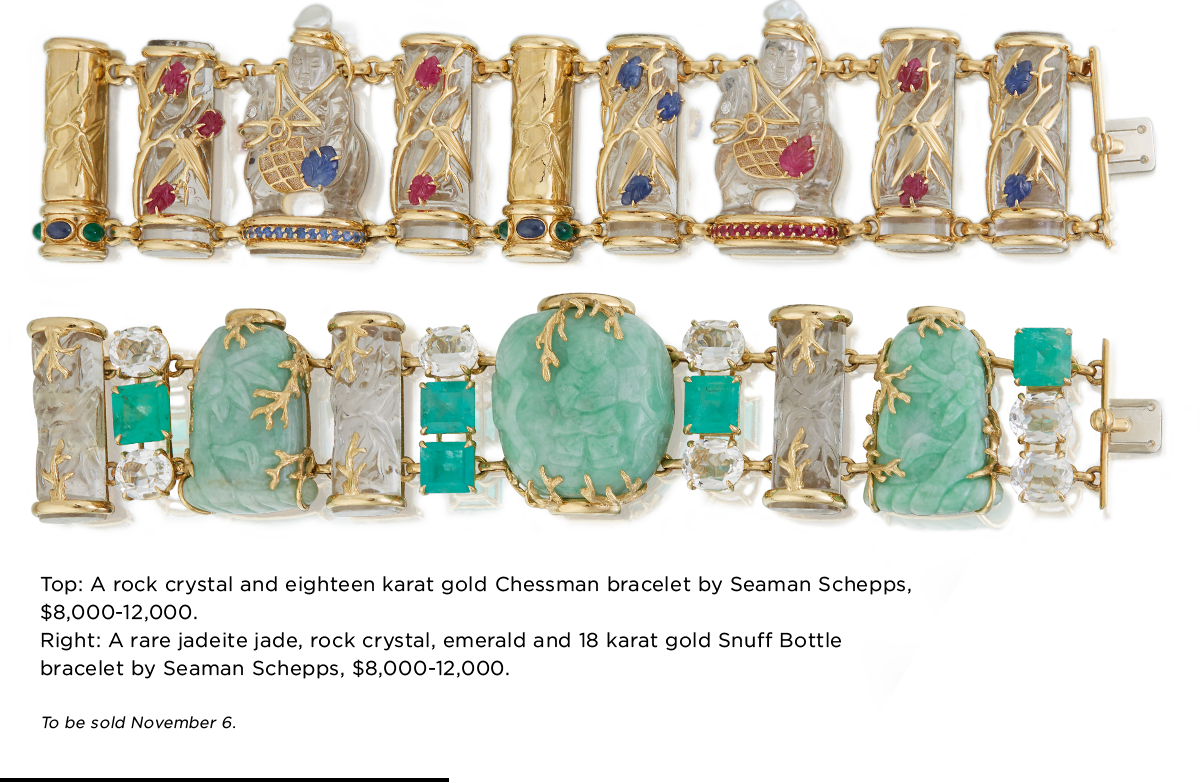 He was so popular amongst American society royalty, including the President Franklin D. Roosevelt, the Mellon and Rockefeller families, as well as actual British royalty (the Duchess of Windsor was also a client), that he earned the distinction of "America's Court Jeweler."

Upon his death in 1972, the company was passed to his daughter, Patricia Schepps Vaill, who continued her father's tradition and created jewelry solely in his style. The house's archives include 5,000 detailed renderings and 650 molds for Schepps' brilliant, innovative jewelry designs. 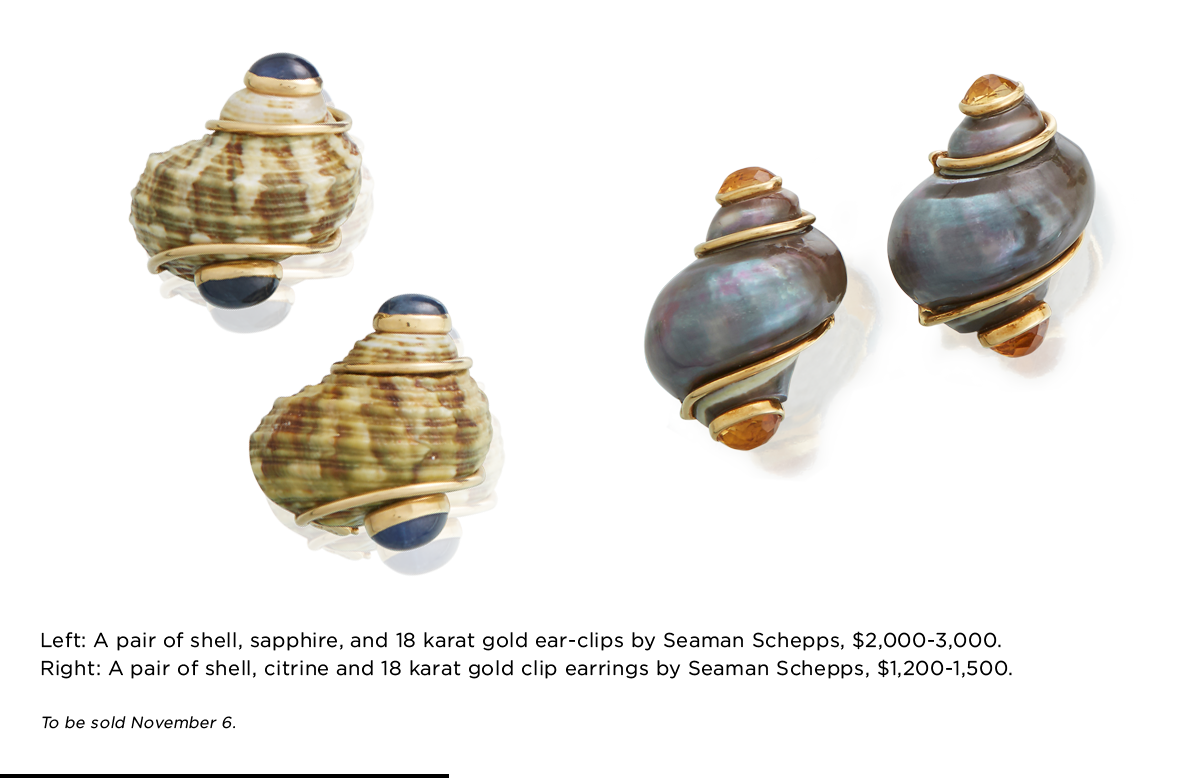 "We're pleased to offer such unique and rare examples of Seaman Schepps' designs our Fine Jewelry auction," Head of Department Virginia Salem, GG said. "His work is so special and it's uncommon to have such a selection in a single sale, let alone from the same private collection."