A History of Madonna and Child in Fine Art

Central to religious art and iconography, depictions of the Virgin Mary date back to 2nd century

The figure of the Madonna is one of the most easily recognizable, most frequently produced images in the history of art. The word Madonna is derived from the Italian 'ma donna,' or 'my lady' and is used to describe Mary, the mother of Christ.

Central to religious art and iconography, depictions of the Virgin Mary date back to 2nd century. The earliest known representation of the Virgin is a wall painting in the Catacomb of Priscilla, in Rome. Yet, it wasn't until AD 431, when the Council of Ephesus officially designated Mary as the "Mother of God" that she was given a prominent place in church altar decorations.

These depictions reached their height between the 14th and 16th centuries, though they varied in style and representation. While the Virgin was largely painted alone in the Roman times, she became associated with the Child Jesus, in a gesture of prayer or reverence to God. In the middle ages, the Madonna was most commonly painted enthroned, with Jesus on her lap, an iconography known as sedes sapientiae (throne of wisdom). She could also be surrounded by saints or angels, especially Saint Gabriel. Later depictions express a more tender, intimate moment between a mother and her child, which departs from more traditional religious elements featured in prior Byzantine art. In such representations Mary is shown holding her baby tenderly, with Christ sometimes suckling her breast. Stylistically, a unifying theme between all variations is Mary's dress; she is always depicted in a red robe with a blue mantle. The colors are meant to signify the earth and an empress-like divinity, respectively. 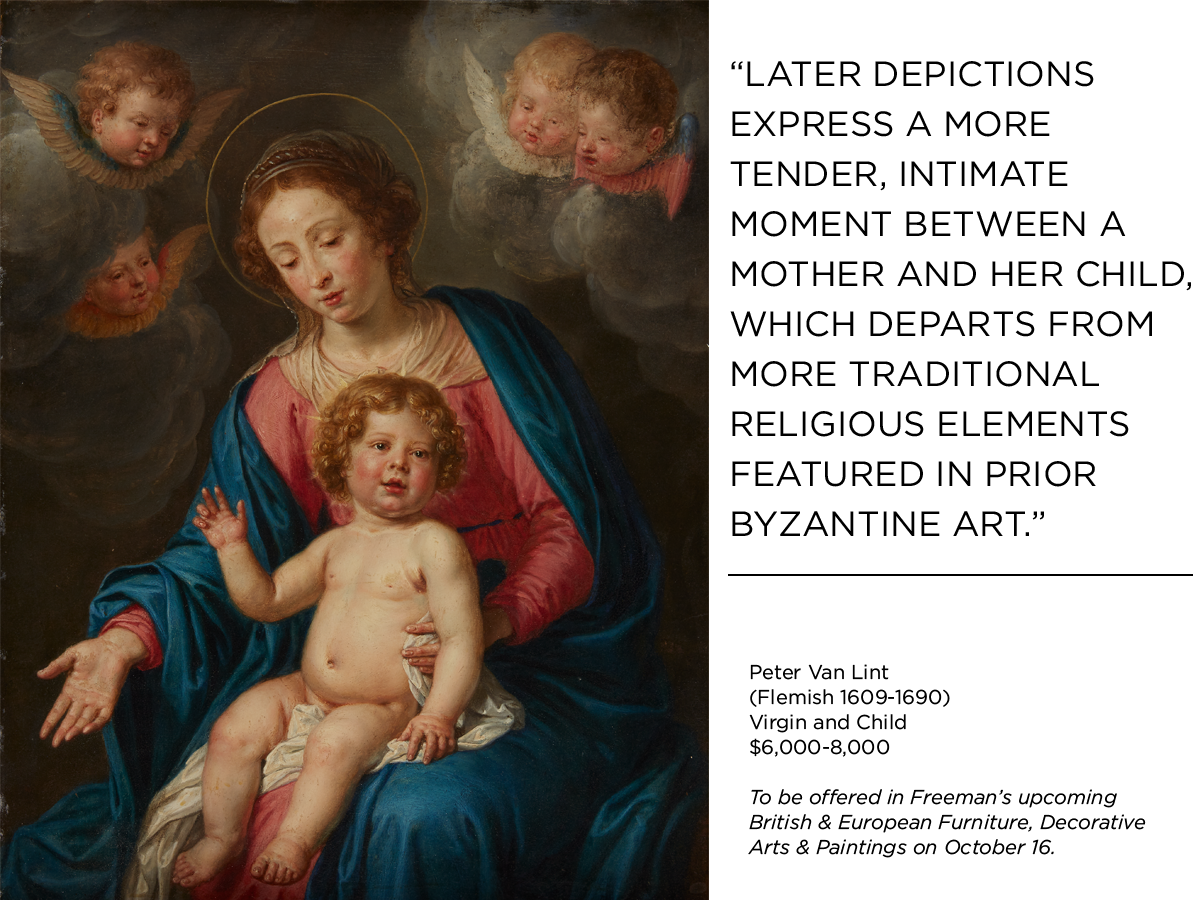 The most well-known examples of The Madonna and Child were completed by Italian painter Raphael, who moved from his native Urbino to Florence at the turn of the 16th century. Over the course of his career, the artist created more than 30 paintings of The Madonna and Child, for devotional panels and commercial sales, as well as gifts for friends, including one wedding present. His representations are considered among the most reverential and graceful of Mary and Jesus.

Such devotional images experienced a decline in both demand and popularity after the 18th century, though their importance in Byzantine and religious art history remain. To this day, these images-paintings, drawings, and sculptures-often appear at auction, and are still central to the iconography of Christianity. 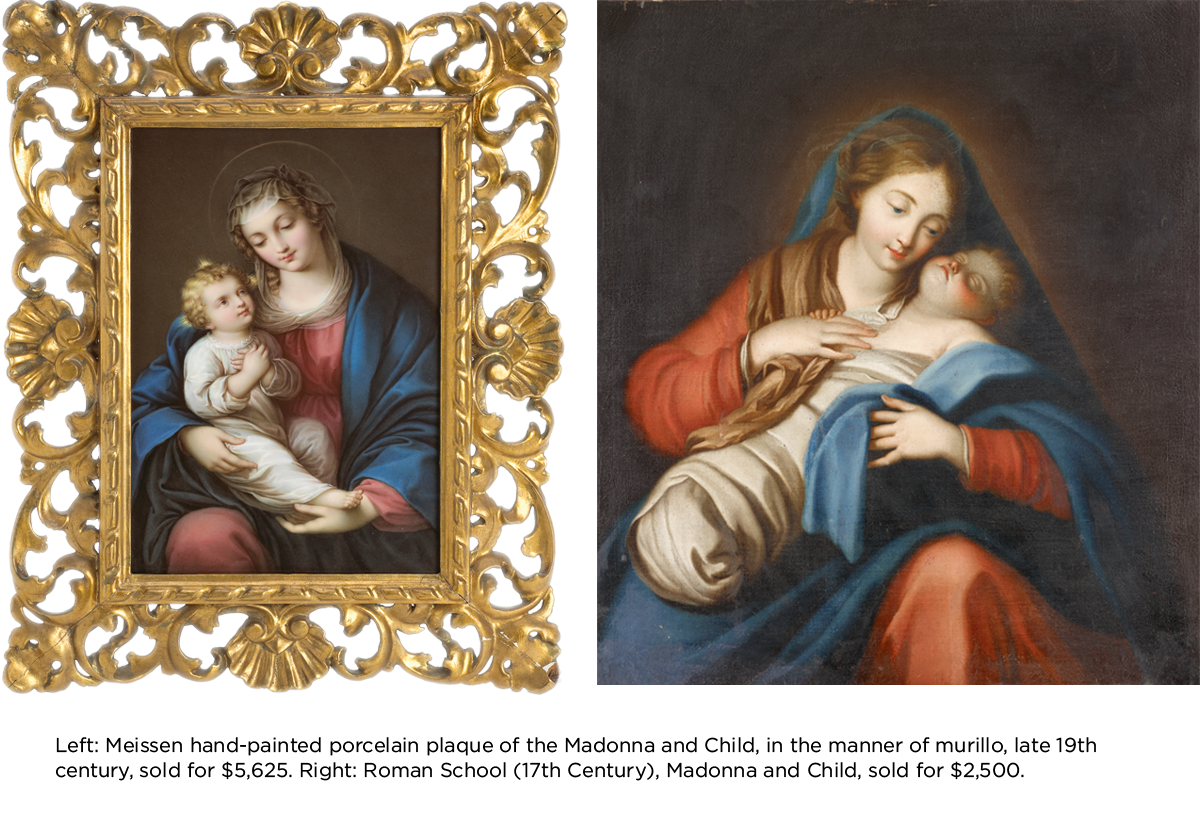 Freeman's is currently inviting consignments of fine art for its February 27 auction of "European Art – 400 Years." Suitable consignments include European paintings, works on paper and sculpture from the late 15th century to the early 20th century.

Curious what your artwork could bring at auction? Speak with a Specialist today.