A History of Muses in Fine Art

Modern muses of the art have retained the mythical lore of their namesake, with many becoming famous in their own right by their association to the great artists they inspired.

A muse is defined as a source of inspiration and a guiding genius for artists across all media. From the Greek word " mousa ," the modern muses of the art world retain much of their mythical lore, with many having become famous in their own right, simply by their association to the great artists they inspired. There were often passionate, dramatic affairs that led to marriage and divorce, while others were platonic relationships, partnerships bound together simply by art.

Helga Testorf
Pennsylvania artist Andrew Wyeth first met German émigré Helga Testorf in 1970, when she moved next door to his home in Chadds Ford. Wyeth first asked Testorf to pose for him in 1971. Until his death in 1985, he is said to have made forty-five paintings and over two hundred drawings of her. Such close attention to one model over so long a period of time is remarkable, if not singular, in the history of American art, according to Art Historian John Wilmerding; it offers the opportunity to see intertwined images of Helga's physical and biological changes, as well as Wyeth's artistic growth. Perhaps most remarkably, every depiction the artist made of his muse was kept secret from both of their spouses; the drawings and paintings were kept at the home of Frolic Weymouth, Wyeth's student and good friend. Their existence was not made public until 1986. 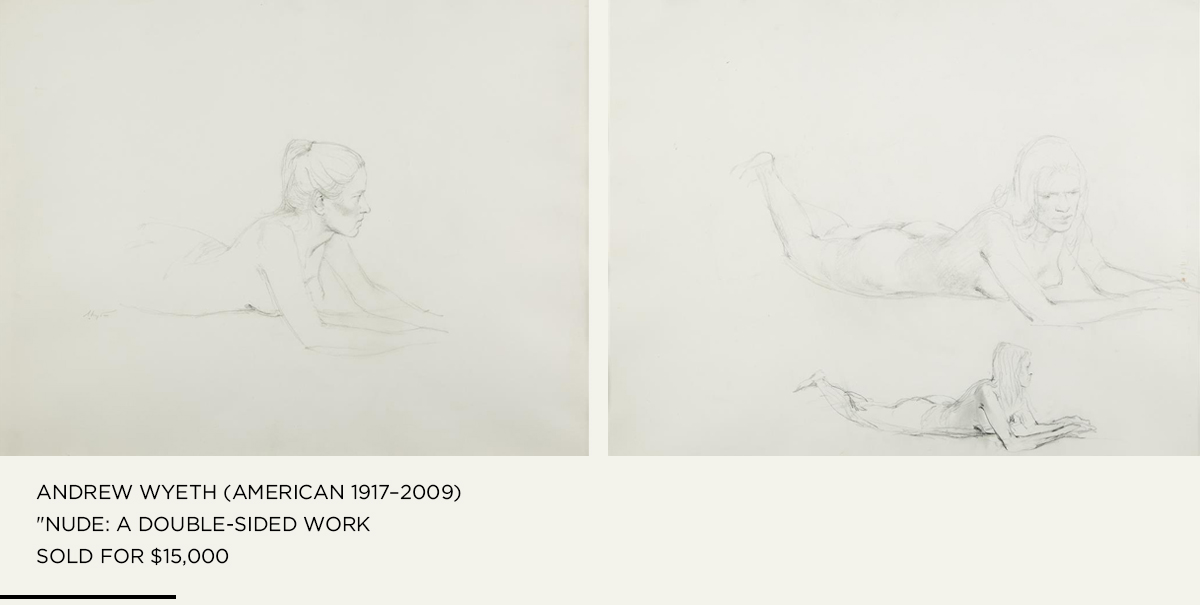 Ada Katz
When American artist Alex Katz met Ada Del Moro at a gallery opening in New York in 1957, there was no way of knowing he would go on to create more than 250 portraits of her over the course of the next 50 years. Katz was born in Brooklyn and studied at Cooper Union; Del Moro was born in the Bronx had studied biology at NYU. She received a Fulbright Scholarship after graduating, which allowed her to travel to Italy to study genetics. Upon her return to the states she settled back in New York, where she began working at the Sloan-Kettering Institute. After their chance encounter at the long since closed Tanager Gallery, the pair married in 1958, and had one son together, Vincent. 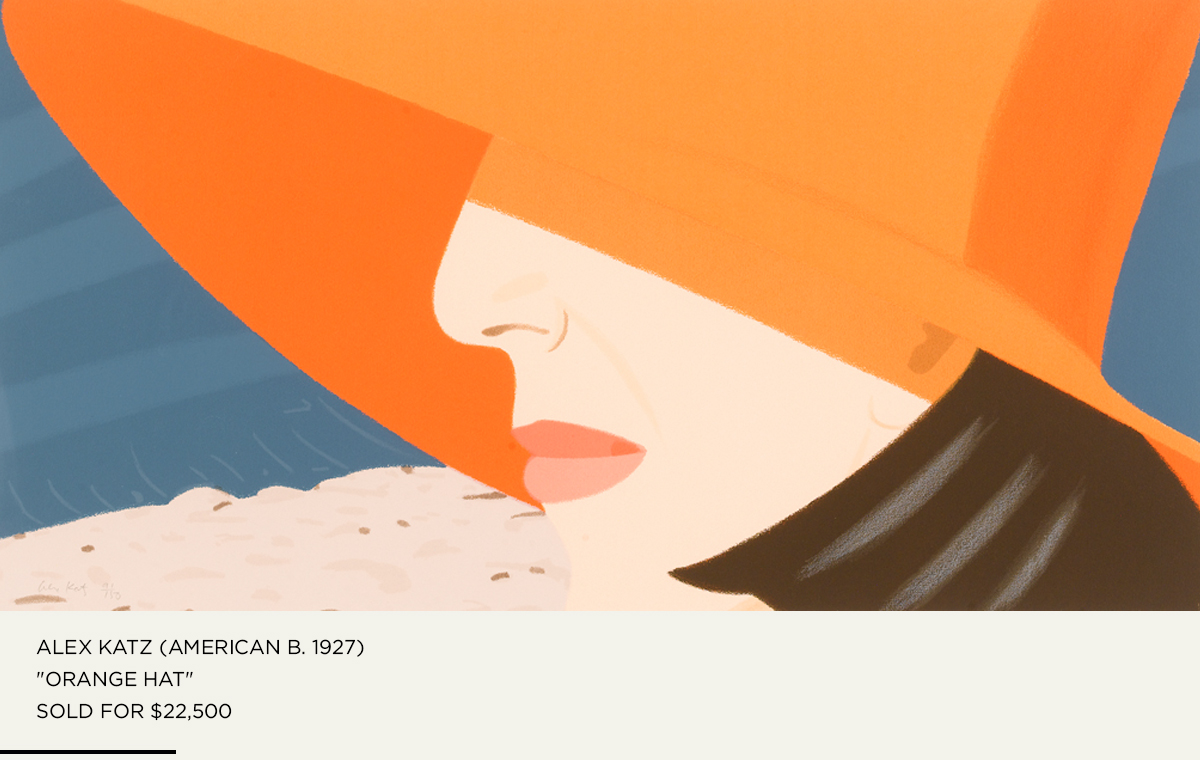 Dora Maar
Born Henriette Theodora Markovitch in 1907 in Paris, Dora Maar was an established artist in her own right before she became one of the many muses to Pablo Picasso. The daughter of an acclaimed Croatian architect, Maar enrolled at both the école des Beaux-Arts and the Académie Julian. She began taking photography classes, and soon fell in with some of the city's most prominent Surrealist circles, including photographers Henri Cartier-Bresson and Brassaï, French Cubist painter André Lhote, and painter Jacqueline Lamba. Maar's photographs were first published in the magazine Art et Métiers Graphiques in 1932, and in 1935 she was hired by Jean Renoir, the filmmaker and son of the famed Impressionist painter, as a set photographer for "Le Crime de Monsieur Lange." It was through a mutual acquaintance also working on the film that Maar first met Picasso. Their relationship would last nine years, and was as full of shared inspiration as it was fraught with conflict and abuse. Maar photographed Picasso creating his seminal work, "Guernica,"; in turn, Picasso produced countless portraits of Maar, who he called "the weeping woman." 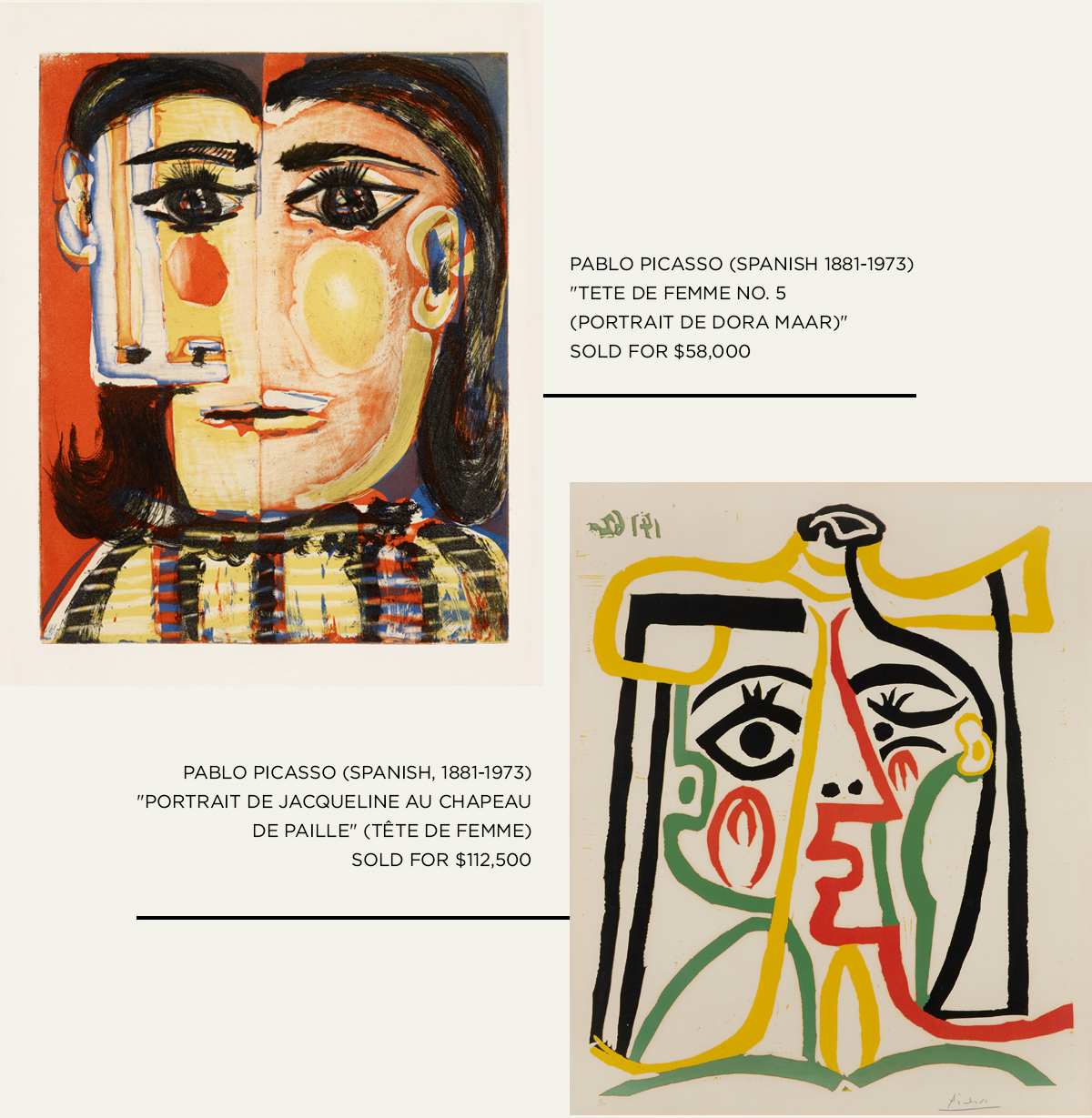 Jacqueline Roque
Picasso left Dora Maar in 1943, when he became romantically involved with Françoise Gilot, a Cambridge and Sorbonne educated painter who was 40 years his junior. The couple had two children, and were together for a decade before the artist found yet another muse. In 1952, the 72-year-old artist first encountered Jacqueline Roque, a 27-year-old salesgirl working at the Madoura pottery studio in the South of France, where he made his ceramics. Roque was born in Paris in 1927, and had previously been married to an engineer. Captivated by her large almond-shaped eyes, classical profile and long elegant neck, Picasso created more works of art based on Jacqueline than any of his other lovers; she was his principal subject during the last two decades of his life, a period that has since been referred to as 'L'Epoque Jacqueline.' The pair married in 1961, and were together until the artist's death.