How to Collect Decorative Arts: Your Guide to the Gilded Age Auction

An international selection spanning the centuries

Whether you’re a new collector seeking an affordable entry point or a season expert looking for a fresh addition to your collection, Freeman’s auctions offer a range of options. With focused insight from our specialists, our Collector’s Guides help you navigate the market to find the perfect piece. Here, Freeman’s British and European Furniture and Decorative Arts department weighs in on highlights from its upcoming auction. 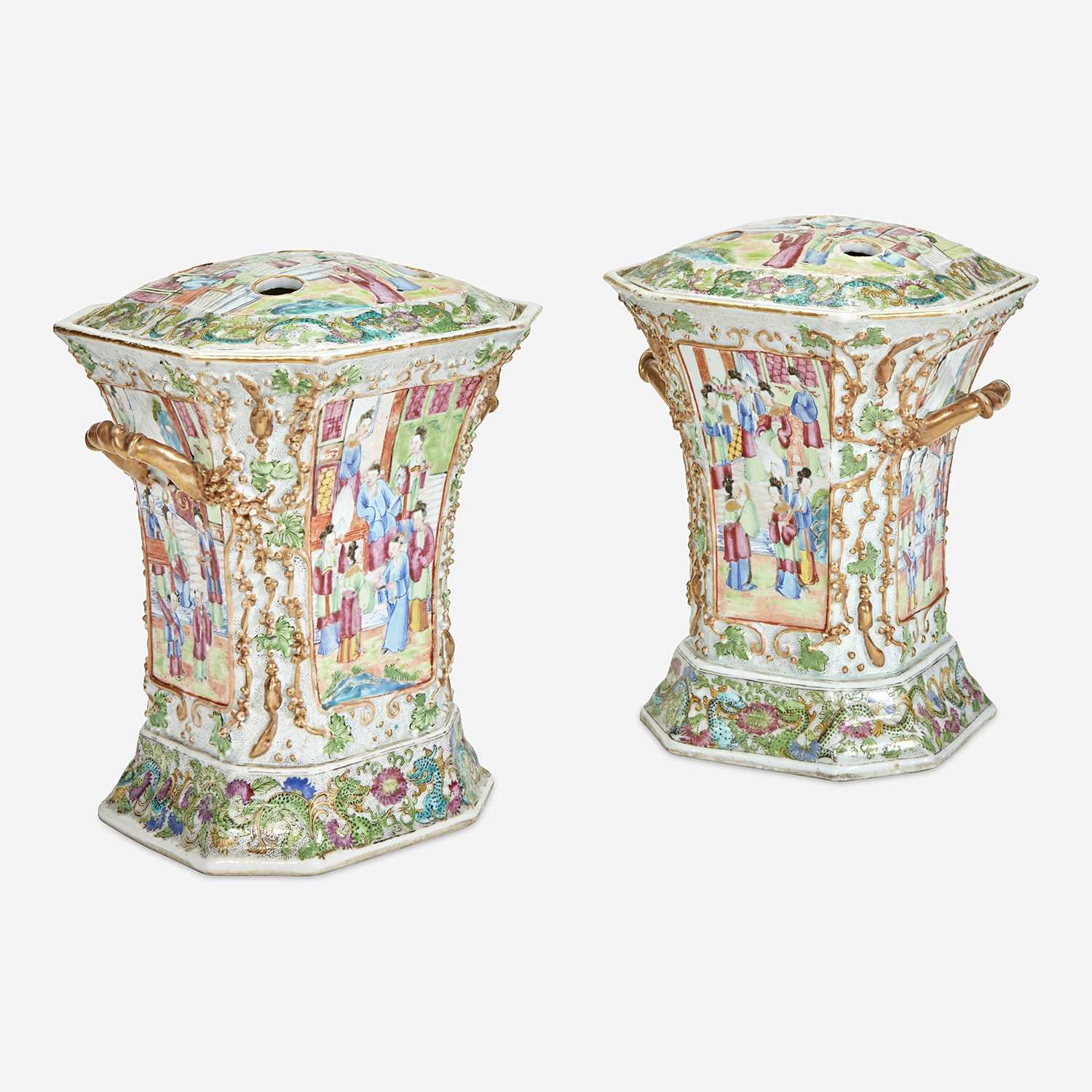 Though “Made in China” may conjure notions of mass production today, in America’s Gilded Age it signaled artisanal luxury. Freeman’s July 14 Gilded Age featured a number of pieces, both Chinese and Chinese Export works, that illustrate the strong, enduring influence of Asian art and design on late 19th and early 20th-century American sensibilities. Lot 80, a pair of Chinese Export famille rose porcelain covered bough pots (Sold for $2,520), was a fine example of the kind of work made by Chinese artisans specifically for American audiences. Even the type of overglaze used in this work suggests the kind of global exchanges at play; famille rose pink overglazes were only introduced to China from Europe in the 17th century. Another set that was offered wass Lot 79, four Chinese Imari plates in the “Dames au Parasol” pattern (Sold for $4,095). Chinese works painted after a design by the Dutch artist Cornelis Pronk, these plates are colorful testaments to the kinds of East-West exchange underway at the time of their creation. 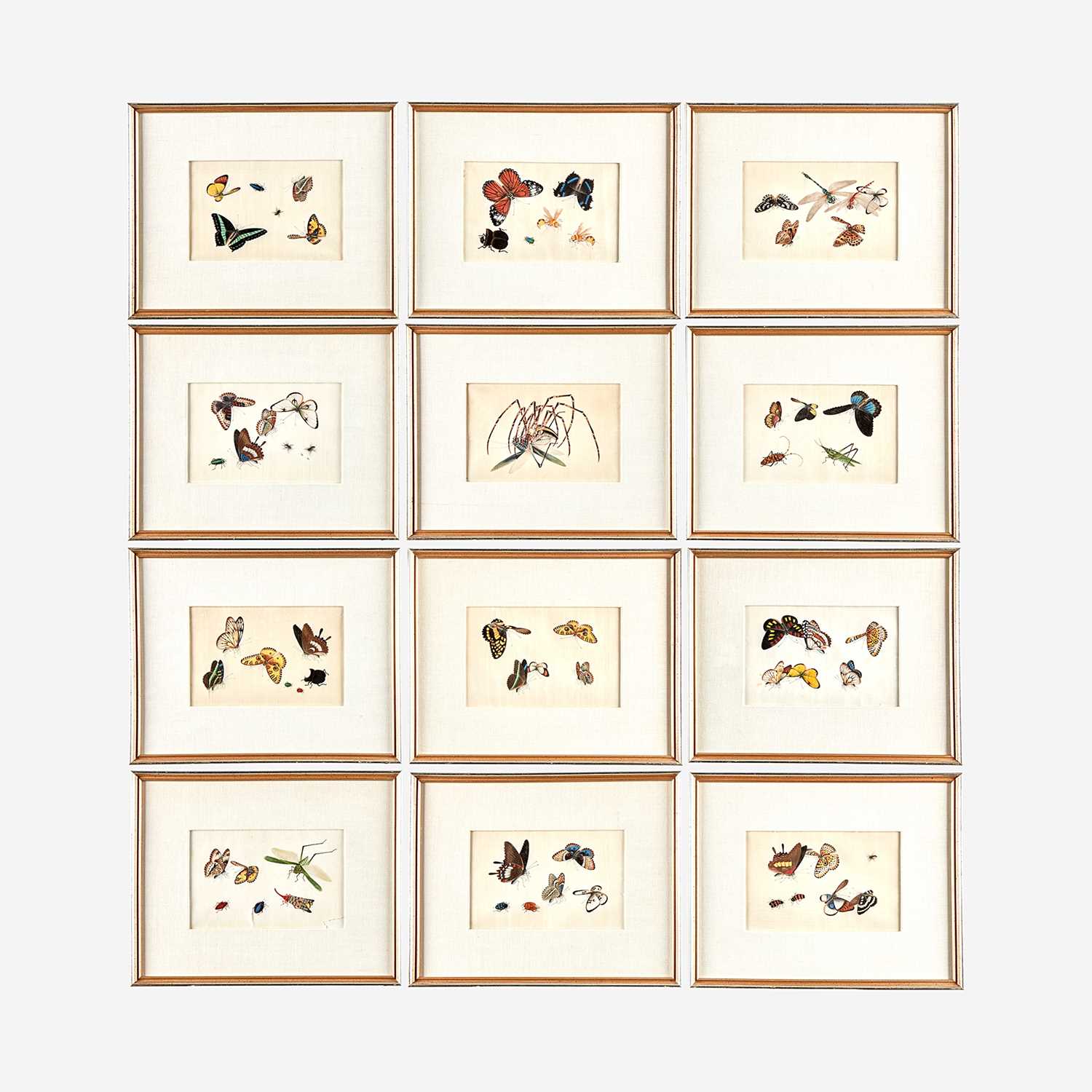 You may be most familiar with porcelain Chinese export works, but The Gilded Age features a unique suite of framed Chinese Export paintings by Sunqua, a Chinese painter active during the Qing Dynasty (Lot 89; estimate: $2,000-3,000). The twelve exquisite paintings on pith paper depict butterflies, beetles, grasshoppers, dragonflies, and a number of other insects in playful or combative exchange. Works by Sunqua, who painted primarily for European audiences, have outperformed pre-sale estimates in recent auctions; this set of paintings presents a unique collector’s opportunity. 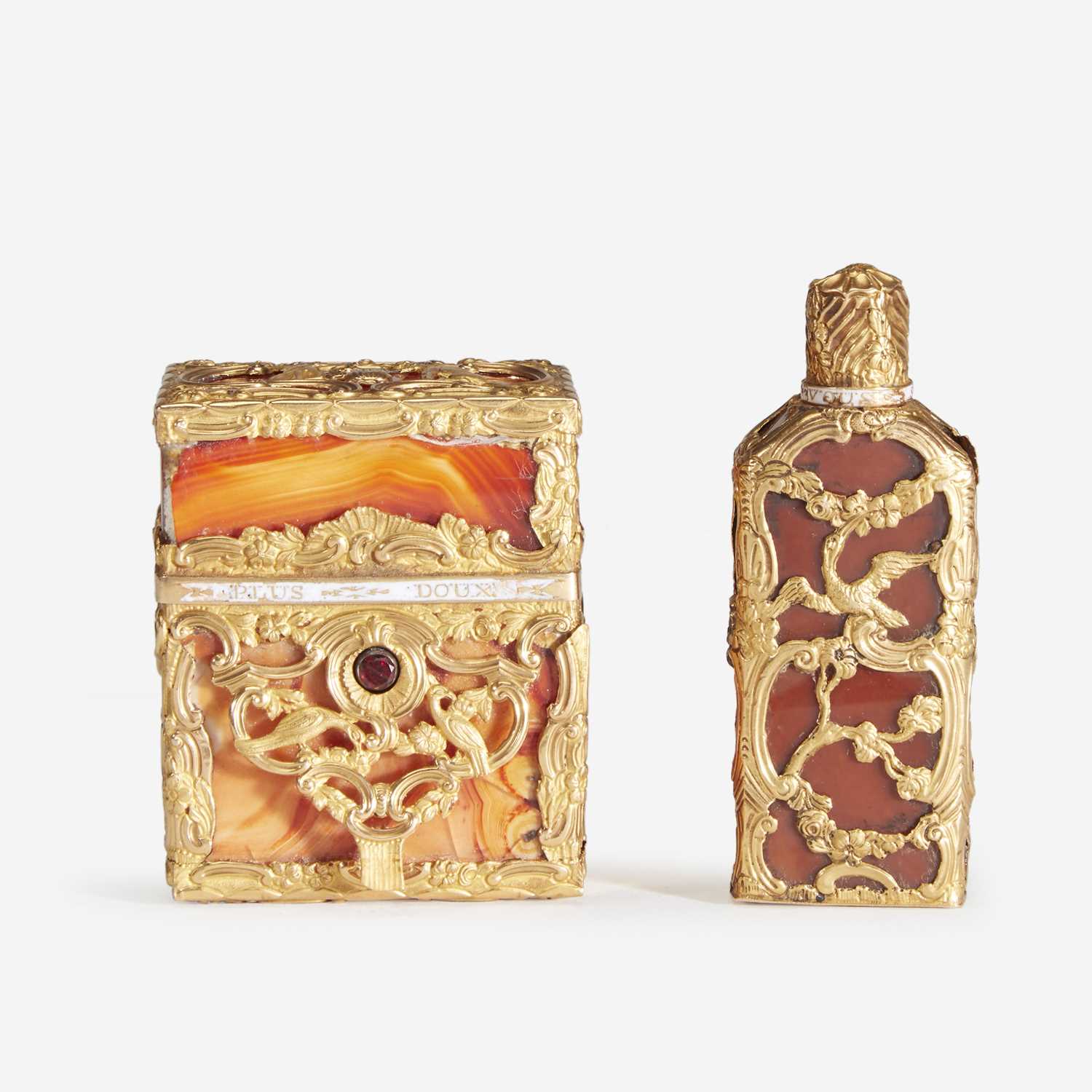 A stunning, ornate piece that would draw attention in any space was Lot 202, a George III gold-mounted hardstone necessaire and perfume, circa 1770 (Sold for $8,820). In the 18th century, precious gold boxes such as this had a number of different intended uses; necessaires were specifically designed to house personal-care items like the scissors, pencils, sewing hooks, and scent bottles included in this set. Necessaires such as this are exemplars of the technical finesse and skill of goldmakers, as they combine precious metals and hardstones that are functional, portable pieces to store useful tools, as well as beautiful showpieces that confer status to their owners.

“This piece is a fine example of late-18th-century English craftsmanship,” says Laura Sevelis, specialist in Freeman’s British and European Furniture and Decorative Arts department. “Details such as the scene from Aesop’s fable of the fox and the stork, as well as the inscribed romantic verse, ‘Rien de plus doux que l’amour’ [nothing sweeter than love], attest to the attention to design and its appropriateness as a wedding present.” This set was, in fact, a gift of Anne Allen to John Penn as a wedding present in Philadelphia in 1766. The elegant, romantic set had timeless appeal both for its beauty and as a piece of American history.

BRONZES WITH A STORIED PAST

Lot 1 | After Alessandro Algardi called L’Algarde (Italian, 1598-1654)
A Pair of Monumental Bronze Sculptures, 'Jupiter Victorious over the Titans,' cast by Charles Crozatier, circa 1850

In the late 19th century through the turn of the 20th, the wealthiest Americans, who had rapidly come into large sums of money as industrialization took hold, fashioned themselves as European aristocrats in part through their domestic interiors. Works like this pair of monumental bronze sculptures, “Jupiter Victorious over the Titans” (Sold for $37,800), exemplify this impulse—bringing into domestic space large, opulent works, the likes of which were displayed at Chateau de Tuileries and Chateau de St. Cloud.

An undeniable highlight of July 14 Gilded Age auction, these bronzes depicted Jupiter with a thunderbolt in his right hand, atop rockwork supported by three kneeling Titans. The bronzes were cast by the French sculptor Charles Crozatier circa 1850, probably from the “Chenet de l’Algarde” in the Louvre, which was a copy cast in 1682 from the Versailles Palace. From the literally-gilded material and the European provenance of the original design to the subject matter, which hearkens back to ancient Greece, these sculptures were quintessential Gilded Age works.

View the results from the July 14 Gilded Age auction.